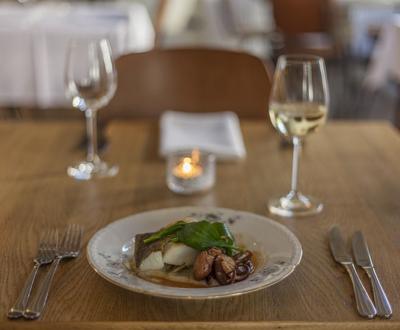 (Feb. 7, 2020) The public is invited to sample the cooking of students at Worcester Technical High School’s Culinary Program during the second annual Art of the pARTy event on Friday, Feb. 21, at the Atlantic Hotel in Berlin from 6-8 p.m.

Tickets are available for the fundraising event that is used to raise money for culinary-related scholarships. Several restaurants and organizations as well as three other high school culinary programs from Wicomico, Worcester and Dorchester counties, and Wor-Wic Community College will be participating.

To promote food as a form of art, the Worcester County Arts Council and the Delmarva Chefs and Cooks Association teamed up last year to create a scholarship for students of creative cuisine, and raised more than 3,800 after expenses.

“We decided to bring it back this year and we’re hoping to hit the $4,500 mark and just kind of keep growing from there,” said Phil Cropper, chapter president for the Delmarva Chefs and Cooks Association and culinary instructor at Worcester Technical High School. “Our feedback was great.”

“A lot of the attendees that attended were members of the Worcester County Art Council and they gave a lot of positive feedback directly to the art council about how much they loved it, about they hoped we did it again,” Cropper said. “We’re just excited to keep building on it, making it bigger and better every year.”

This year, Art of the pARTy will have live jazz music and will be one hour shorter to avoid dragging out the event. There will also be ice carving, a 50/50 and art raffle taking place as well.

The American Culinary Federation is what makes someone a certified executive chef or a pastry chef or a culinary educator, Cropper said.

“It’s what keeps chefs moving forward with their education and their learning and their networking,” he added.

“It’s a great community event and it’s great to see students in action as well as all your favorite restaurants in one spot,” Cropper said. “All the proceeds from the party go directly back to the community in the form of culinary literacy and scholarship.”

The money raised from last year’s event will be used for culinary scholarships this year, since the inaugural fundraising event took place after the scholarship deadline. Additional money raised this year could be used to help members of the Chefs Association continue their culinary education by sending them to conferences and conventions.

Some of the meals guests can anticipate tasting will be dry rubbed brisket of beef with roasted red pepper and tomato chili sauce, roasted pork, gourmet deviled eggs and candied bacon, artisan cheese, sautéed blackened shrimp over three cheese grits, and shrimp wrapped with shredded phyllo dough and coated with a Thai sweet chili sauce. Desserts, of course, will follow.

Eventually, Cropper hopes to move the event into a larger space to allow for more tickets to be sold, as the Atlantic Hotel ballroom can only hold so many people.

“We’re looking for … growing the events where we end up having to hold it by putting up bigger tents or something, because we’re running out of space in our current location,” Cropper said.