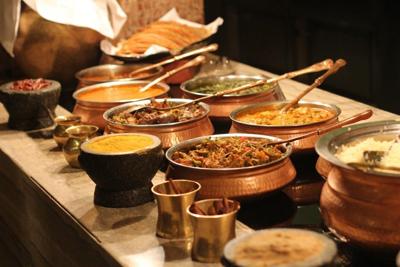 (Jan. 3, 2020) Area residents and visitors should go hungry and return well satisfied during Berlin Restaurant Week, which begins next Friday.

Berlin Restaurant Week will take place from Jan. 13-19 at most downtown eateries, according to Berlin Economic and Development Director Ivy Wells.

Wells also said that the type of discounts will vary from place to place. She added that while some offer a prix fixe or fixed price menu while others will have deals on the menu.

“There’s no structure for our restaurant week because this is Berlin,” Wells said. “We do things our own way.”

Additionally, diners can pick up a Berlin Restaurant Week passport at the Berlin Welcome Center on 14 S. Main St. or Bunting Realty on 24 Broad St.

Wells said patrons should bring the passport during restaurant week to get it stamped by his or her server. She added that those who dine at three or more establishments can turn the passports in at the welcome center.

Patrons would be eligible to win a basket with gift cards from several restaurants and a donation from Bunting.

Bunting said she was inspired to start a restaurant week in Berlin after visiting her daughter in Bethesda, Maryland. She then approached Wells with the idea.

“I said, ‘I can take this. I don’t have a restaurant, but I can certainly take this, and run with it,’” Bunting said.

Justine Zegna, owner of Blacksmith on Pitts Street, said she plans to have a three-course prix fixe menu for $30. She added that the restaurant would also have wine and cocktail specials.

“Whatever’s fresh and really good is what we’re going to do,” Zegna said.

Zegna and Wells agreed that Berlin Restaurant Week is a great chance for area residents to experience a variety of foods at a discounted price.

“I think it’s the perfect time of year because there’s a little lull so we see our locals too,” Zegna said. “We love it, it’s really fun for us. As a chef, because we’re chef-owned, we make a big deal out of it.”

When asked why people should attend Berlin’s Restaurant Week, Wells simply said “because people don’t realize how many restaurants we have and the diversity of our restaurants and you could literally eat here for breakfast, lunch, dinner and dessert at a different place.”

Bunting agreed and said it’s something she looks forward to every year.

“I love going around to all the restaurants, so it’s my good excuse,” Bunting said.

Wells said the menus from participating establishments will be posted online, on social media as well as on the welcome center’s front window at the office on South Main Street.

For more information about the event, visit the “Berlin Restaurant Week” Facebook page or berlinmainstreet.com.

Some clouds in the morning will give way to mainly sunny skies for the afternoon. High around 35F. Winds NNW at 10 to 20 mph.