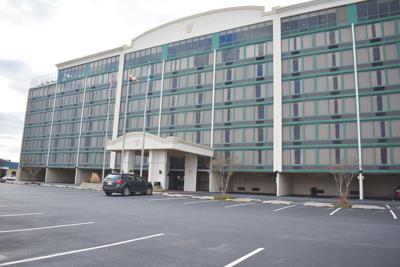 The Fenwick Inn is a 200-room hotel that was built in 1976. The hotel includes an indoor pool, a rooftop terrace and 15,000 square feet of meeting and restaurant space as well as a ballroom on the top floor.

“When the hotel became available, we spoke about it, and Jack and I agreed it would make the perfect Carousel Group hotel given its location and the history of the hotel,” Michael James, president and COO of Hospitality Partners, and managing partner of the Carousel Group, said.

This is the seventh property for the Carousel Group. The most recent addition was the Cayman Suites Hotel on 125th Street, on Nov. 25. Other facilities, including the Carousel on 118th Street, are the Atlantic Oceanfront on 45th Street, purchased in 2011, Coastal Palms on 120th Street (2012), Bonita Beach on 81st Street (2013) and Crystal Beach on 25th Street (2014).

Burbage calls the aging inn a “diamond in the rough.”

“Michael made me aware of this building some time ago that it was available and I thought it was a good price, a good buy, and we bought it and figured we could do well with it,” Burbage said. “It’s been here forever and it’s well known. It’s a great hotel that has great bones.”

James said he thinks the Fenwick Inn is “an ideal property.”

“We like that north Ocean City location,” he said. “We like the fact that it’s close to the beach as well as close to Northside Park [on 125th Street]. It’s walking distance to some good restaurants and the movie theater.”

The hotel has seen better days, especially when its sign fell off during a big storm on July 22, which damaged two vehicles. No one was injured, and James and Burbage are collaborating to create a new sign before the 2020 summer season.

The deal was complete for a non disclosed amount on Dec. 20. Burbage will be the majority owner of the hotel, while the Carousel Group, who also owns the property, will manage it.

“[The Carousel Group] is a very good company that does a very good job managing and I’m looking forward to big things,” Burbage said.

The hotel will be closed in January and February so some minor work can be done. In order to be ready for the spring, only the first floor will receive modifications during this time as well as the indoor pool.

“To start with for this spring – we don’t have enough time to do [all of] it now because we just settled on it – we’re going to redo the pool and some of the rooms downstairs and some of the breakfast rooms are going to be redone right now,” Burbage said. “In the fall, we’ll close down and do a complete renovation. All the rooms will be new, with new furniture, carpet, flooring ... it will look like a brand-new hotel.”

The hotel will reopen for the summer season, then go into further renovations in the fall.

A game room is expected to be added to the hotel in the fall as well.

The bar area had been recently upgraded as early as two years ago, Burbage said, and the partners are looking for any interested restaurant owners to potentially lease the space.

“We’re hoping to lease [the restaurant] out,” Burbage said. “We’re talking to some people, but we’re still looking for people willing to lease it. It’s in pretty good shape. You can see the ocean and the bay up there because it’s on the eighth floor, so it’s got great visibility, a lot of glass and a lot of opportunities.”

Both partners look forward to the prospects and potential from this recent purchase.

“It’s been a very well-known and established hotel in Ocean City for a very long time,” James said. “Jack and I are both proud to add it to the Carousel Group and we think it’s just going to be great.”

Sunny. Windy during the morning. High 46F. Winds WNW at 20 to 30 mph. Winds could occasionally gust over 40 mph.