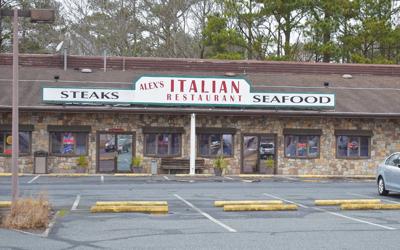 (Dec. 13, 2019) Alex Fraschetti, 77, who has presided over decades of restaurant dining in Ocean City, the last 16 at his location in  West Ocean City, has decided to retire.

Born in Rome, Italy, Fraschetti has worked in the restaurant business since 1965. Along the way, he did duty as a busboy, a waiter, manager and owner of two other restaurants, before he came to Ocean City, where he met his wife of 50 years and would eventually settle.

His reasons for retiring, he said this week, is to spend more time with his children and grandchildren.

“I’d like to be with them, while they’re still in their younger years,” Fraschetti said.

Fraschetti has worked in several restaurants and hotels in the resort, including Embers at its original location, a sports club called Sneakers, which used to be where the Residence Inn by Marriott stands now, and which evolved into Windows on the Bay.

Windows operated from 1989 to 2000, when he sold the establishment to his partner. He would open his current restaurant, which was originally called Osteria Fraschetti’s in 2003. But so few local people knew what osteria meant (an Italian restaurant that serves simple food) that the  restaurant had to be renamed.

Besides, Fraschetti’s establishment was not all that simple. Its 9,000 square feet were split between the bar area, which is covered in sports paraphernalia, the dining room and J&J’s Pizza, which he also owns and will be closing as well.

Fraschetti himself has always been an avid sports fan.

“I was very young and once was a swimmer, and I was selected for trials for the Olympics in Athens in 1956 when I was only 15 years old,” he said. “I didn’t make it to the Olympics.”

In addition to swimming, he also enjoyed running, tennis, soccer and baseball.

Fraschetti specialized in French, Italian and tableside flambe cooking, which he cultivated in his restaurant, especially with his personal favorites, like the homemade Caesar salad.

When it comes to the customers of Alex’s Italian Restaurant, he appreciates everyone who has spent the last 16 years with him.

“Thank you very much for the following I had,” he said. “Some people followed me from when I owned Windows on the Bay … some have come and gone, but others are still here. I want to thank the people here who have supported me.”

Never had a bad meal there. Of all the restaurants on the pricey side that have ever existed in and around Ocean City, Alex's might be the only place you could say that about. Ciao.