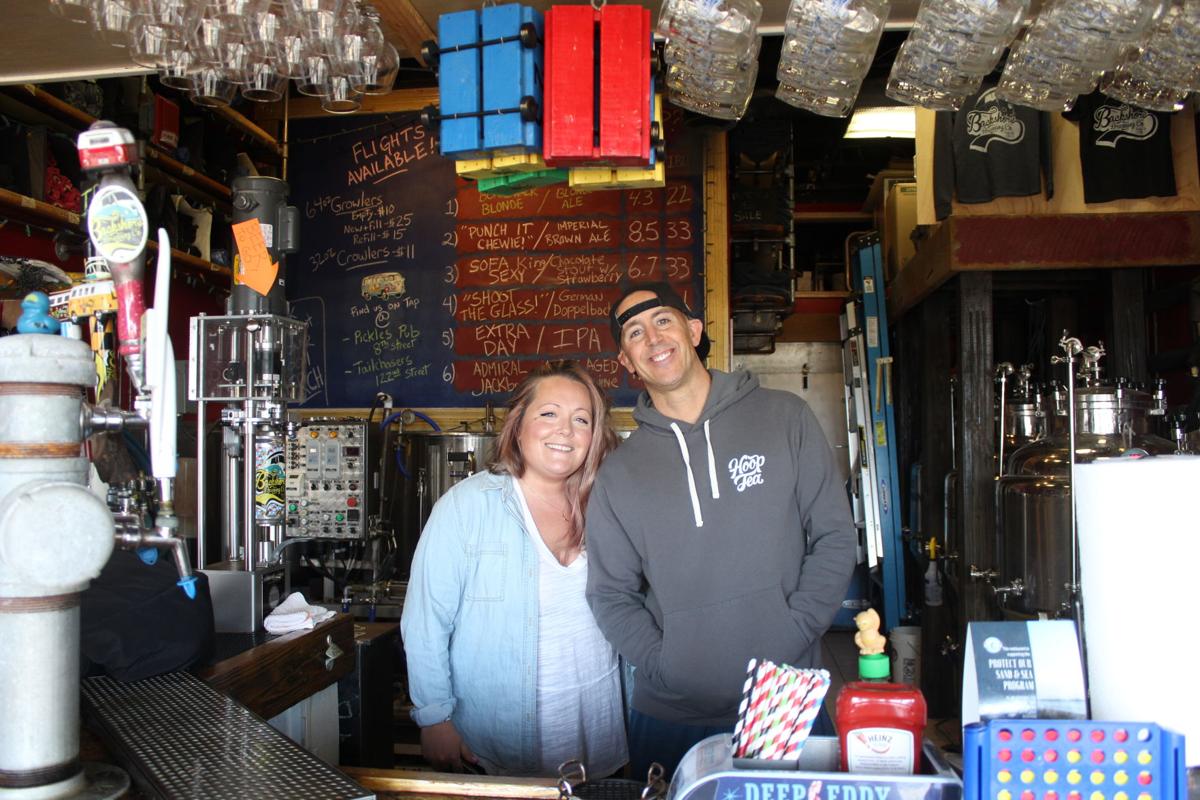 Taylor Schlette, director of marketing for Hoop Tea, and Danny Robinson, founder and owner of Backshore Brewing, pose at the brewery on 10th Street and the Boardwalk, Monday, March 2. 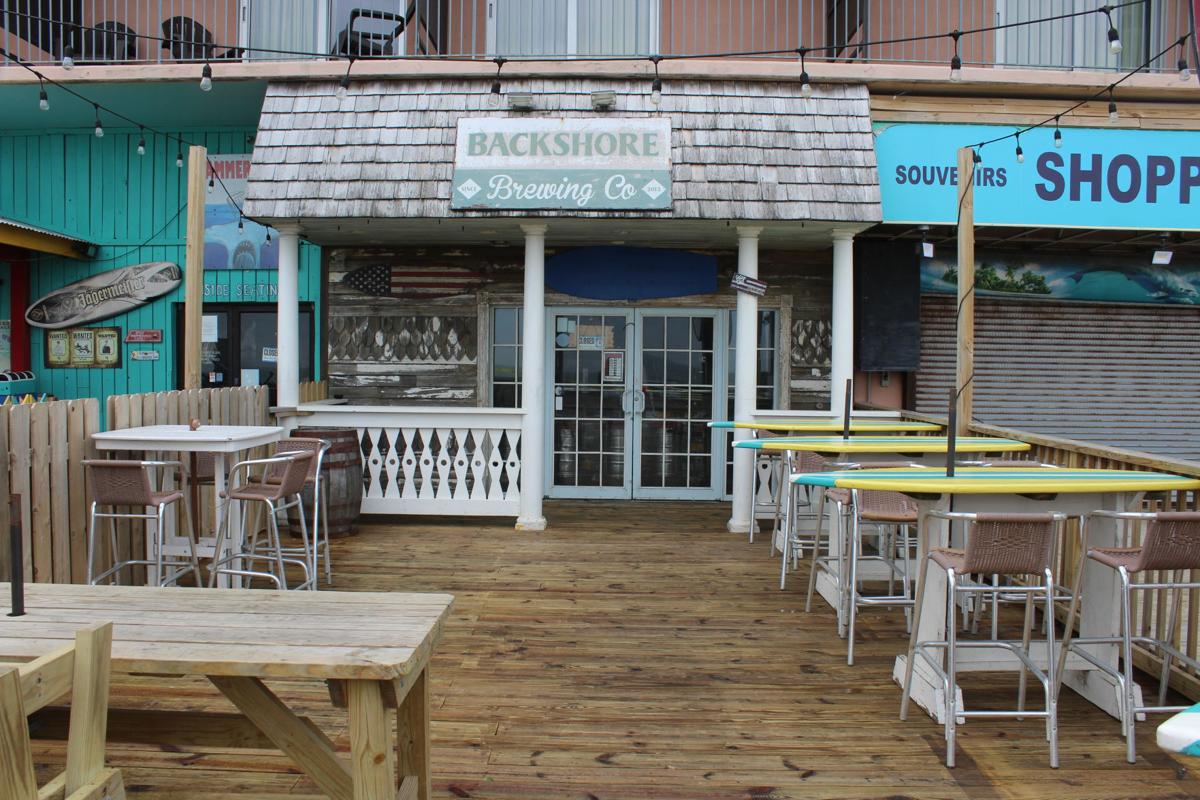 (March 6, 2020) Backshore Brewing Co. is offering a chance to help expand the Hoop Tea brand through an equity crowdfunding campaign, which has raised more than $178,000 as of Wednesday.

Ninety-seven investors have contributed as of midweek, according to the campaign website, wefunder.com/hooptea.

Danny Robinson, owner and founder of Backshore, opened the brewery on 10th Street and the Boardwalk in the space next to his other business, Hammerheads restaurant, in 2012.

“I didn’t initially think of putting the brewery in here because it was so tiny,” Robinson said. “It was a little ice cream shop and breweries usually need a lot of size.”

But with a custom-made brew system to fit the small space, Backshore is full with patrons throughout the summer season and winter weekends, Robinson said. He added that the small space has actually been an advantage.

“We make such small amount of beer at a time that we’re always making new beer and new styles,” Robinson said. “Every time you come in here – it could be a day later – and there’s all different beer on tap just because we went through the beer we made so fast. It allows us to experiment with different flavors.”

One of those experiments was Hoop Tea, which Backshore introduced in 2015 as a beer alternative.

“It’s cool because the sky’s the limit with teas,” Robinson said.

He said he was surprised when customers started returning just for Hoop Tea. Robinson then started receiving calls from out-of-state stores that wanted to carry Hoop Tea.

“We knew right away it was another opportunity because normally, with our beer for example, we have to go beg to beer distributors to carry our beer and sell for us, whereas this, the distributors were calling us,” Robinson said. “We knew we were onto something.”

With such a high demand, Robinson started contracting regional breweries to make Hoop Tea in 2016.

“It allows us to expand exponentially from this tiny little brewery here where we still control the recipes, the tastes and the branding,” Robinson said. “It helps us get the product to more people. The cool thing is when we sell a can of Hoop Tea, it’s always going to say ‘Originally from Ocean City.’ We stick to our local roots here.”

Backshore contracts with breweries in Connecticut, New Jersey, Delaware, Maryland, Pennsylvania and Virginia. But even with the regional help, the brewery still couldn’t keep up with the high demand for Hoop Tea, especially since it’s entering the Florida market this fall.

Robinson also wanted a way to bring together the large investors and those who had supported Hoop Tea from the beginning.

“If we’re going to have to share with somebody, we’d rather share it with the people who have helped us this far,” Robinson said. “And then, there’s a secondary benefit to getting that crowd involved. It just reinforces – they become brand ambassadors. It makes their enjoyment of the brand even deeper.”

Taylor Schlette, director of marketing for Hoop Tea, said the campaign has been a resounding success within the community.

“I was surprised to see servers, bartenders, a lot of service – a lot of those people touch and feel Hoop Tea all the time,” Schlette said.

The campaign will give Hoop Tea the resources to maintain and grow.

“Being able to keep up with the demand is our number one thing,” Schlette said.

Robinson said that customers can look forward to new packaging, increased availability and a new flavor – American Original, a plain iced tea, that will hit the shelves by May 1.

“This is going to be the best tasting, southern style sweet tea you’ve ever tasted – spiked with alcohol,” Robinson said.

Robinson believes that expanding Hoop Tea will benefit Ocean City as a whole.

“If we can give an excuse to visit a town that has a giant beautiful beach and we’re another reason to visit? That says a lot,” Robinson said. “There’s not a lot of places like this on the Boardwalk.”

Visit wefunder.com/hooptea to get involved in the campaign. It will remain open until it hits $300,000.

Backshore Brewing is open on Saturdays and Sundays from 12-5 p.m. and will open seven days a week on May 15.

Scattered thunderstorms in the morning, then partly cloudy late. High 83F. Winds S at 10 to 15 mph. Chance of rain 40%.