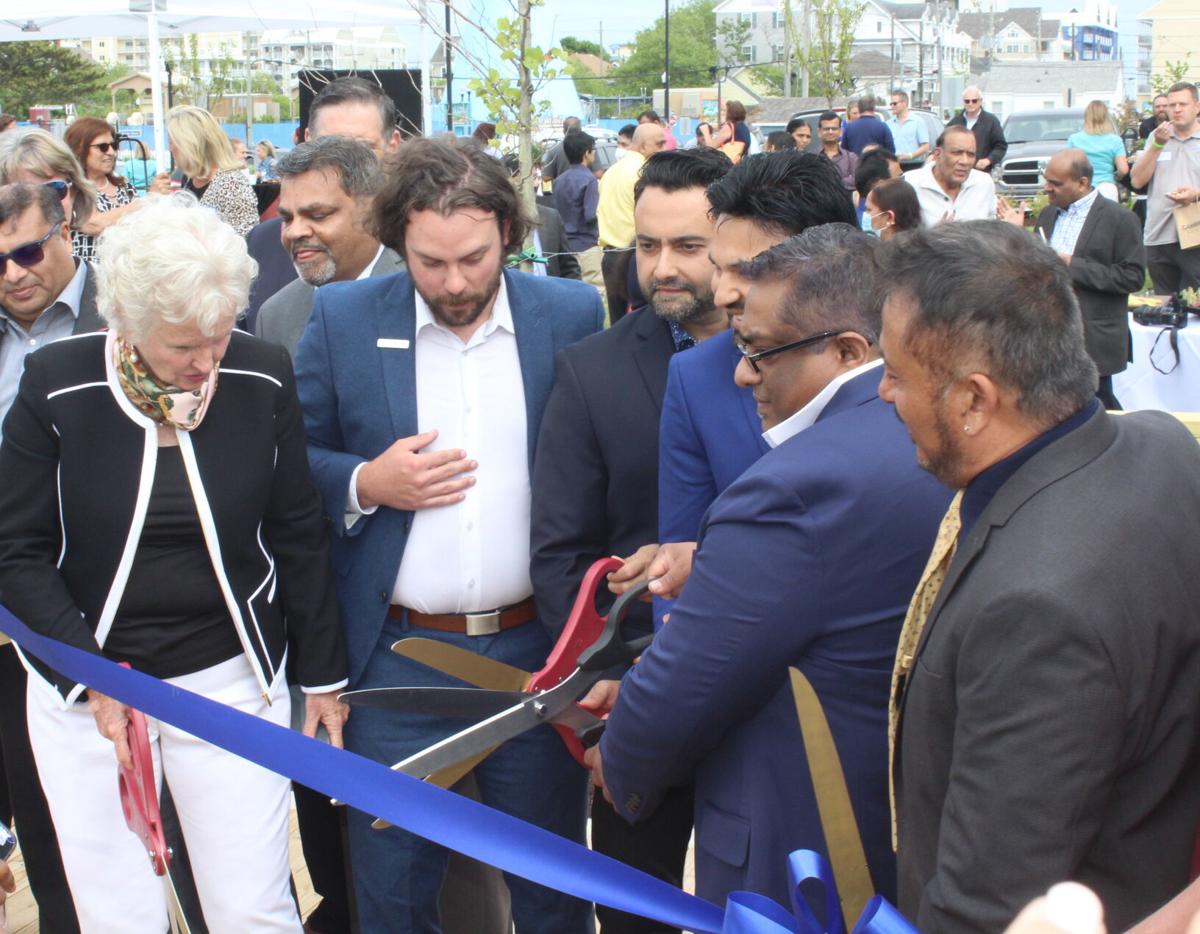 Senior Vice President of Upscale Brands Janis Canon, left, assists with the ribbon-cutting. Canon said that Cambria’s mission is to offer a “sense of space and a sense of place” to its guests and intends to showcase not only the chain’s high standard but Ocean City itself as well. 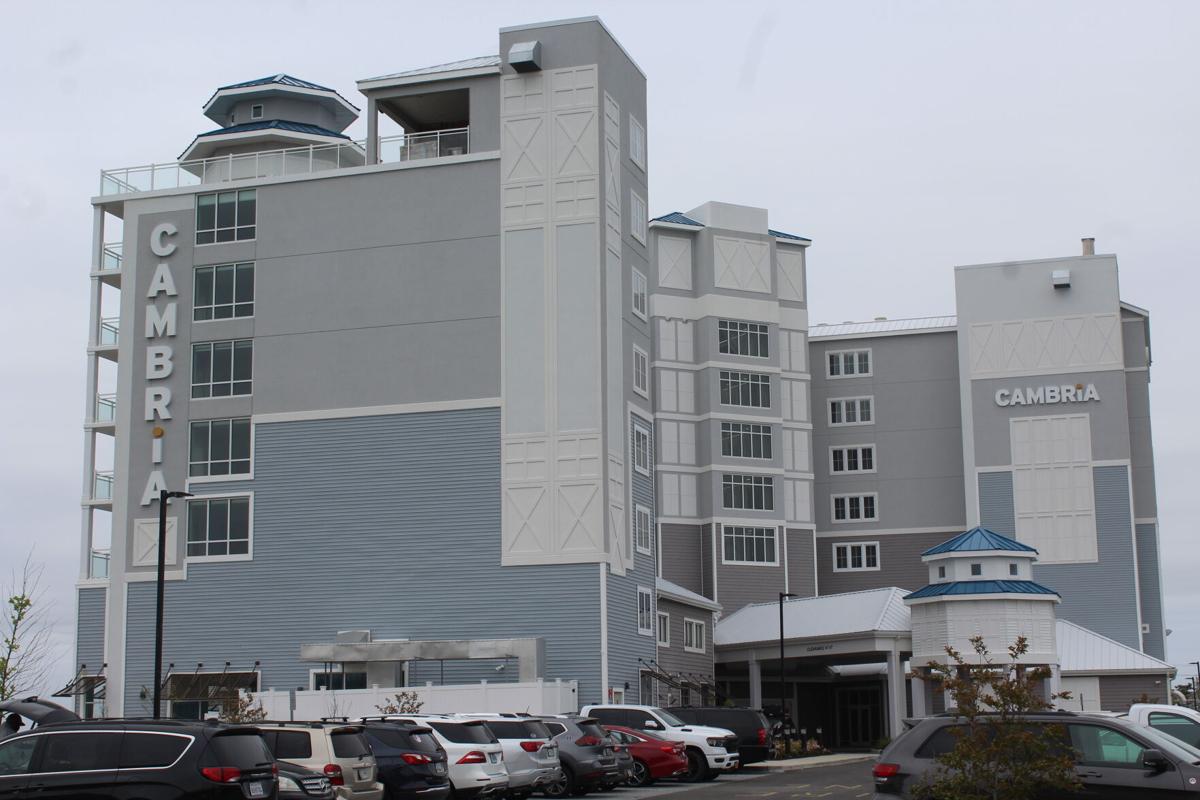 The owners and developers of Cambria Hotel Ocean City — Bayfront held a ribbon-cutting ceremony on Tuesday to signify the full opening of the hotel along the new bayside boardwalk. The eight-story, 137-room hotel boasts a bar and restaurant on the ground-floor lobby and a 220-seat rooftop bar and restaurant that over looks the Isle of Wight Bay with ocean views.

(May 28, 2021) Four years after breaking ground on a cold, wet day, and nearly a year after a soft opening, the Cambria Hotel Ocean City — Bayfront is fully open.

“This has been a dream for us, the sponsors, owners and developers behind this project,” said Janis Canon, senior vice president of Upscale Brands, a subsidiary of Choice Hotels International. “That’s where this all starts.”

The 137-room, eight-story hotel, which sits on the site of the former Cropper Concrete Company plant, features amenities such as Bluetooth mirrors and spa-style bathrooms. It boasts two restaurants and a 220-seat rooftop bar.

When Ocean City Mayor Rick Meehan took his turn at the podium, he told the crowd how great it was to see the years-long project finally completed.

“Good things take time,” Meehan said. “And this was an instance where a good thing might take three or four years. I was here (when they broke ground) and I knew they had a vision for this property. But I don’t think I ever imagined that the vision they had would be as grand as this hotel is today and I congratulate you on that.”

Greater Ocean City Chamber of Commerce Executive Director Lachelle Scarlato said she wanted to see a development here realized as soon as she spotted it crossing over the Route 50 bridge when she first moved to town.

“(The footprint of this development) sets the standard for the visitor experience here in Ocean City,” Scarlato said. “We as a chamber look forward to being a resource to (Cambria, its) partners in the community and supporting all of (its) endeavors because they are indeed exceptional.”

Afterward, Canon said the hotel — which is one of four Cambrias in Maryland — will make a point of showcasing not only itself, but Ocean City too.

“One of the things that separates Cambria from other brands is we’re all about a sense of space and a sense of place,” Canon said. “What you find here is brand hallmarks but delivered in a way that says this is Ocean City — from the exterior of the building, which is very (much done in a beach style) to the interior design as well.”