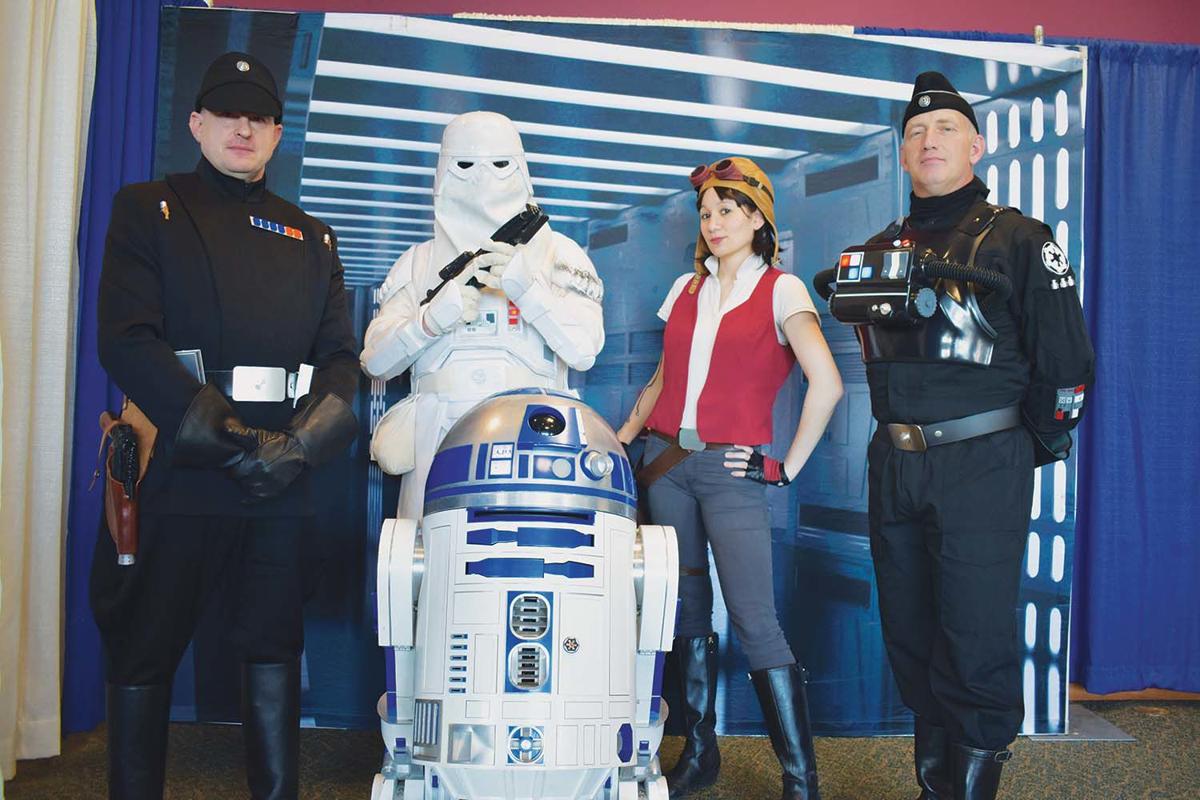 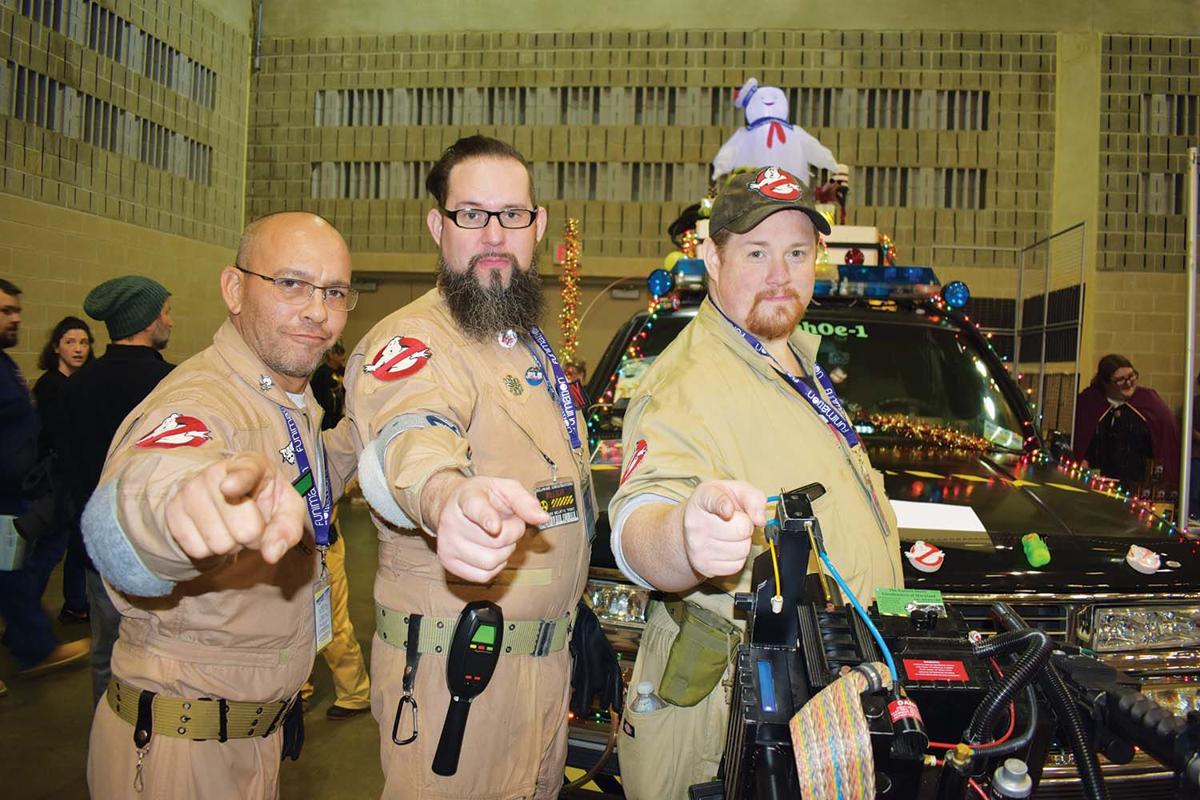 Posing for a photo, from left, James Chamberlain, of Bishopville, John Hollyday and Josh Rolph, of Delaware, know who you’re gonna call at the Ocean City Comic Convention, held at the convention center on 40th Street, last year. 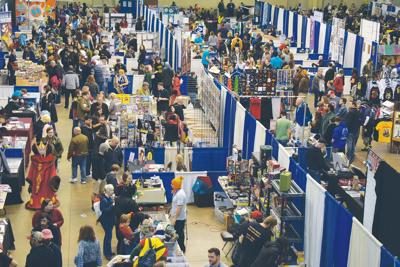 “It is something spectacular and fun to do,” James Dufendach, coordinator of Ocean City Comic Con, said. “This is a great way to go and kind of spend the day and just have fun and not worry about anything else.”

Costumed guests will receive $1 off admission and have the opportunity to participate in a costume contest, which takes place at 3 p.m. in the Performing Arts Center. Registration is from 11 a.m. to 2 p.m.

Only 75 spaces are available for the adult costume contest. There is no limit for the children’s cosplay.

The first-, second- and third-place winners will receive prize packages that include comics, toys and hardback graphic novels.

Pro Cosplayer Kati Coe will host the contest with Fanbustion, Carter Cosplay, and Ally Blaze Cosplay as guest judges. Every child who participates will receive a small prize.

Returning as a special guest this year is Jeremy Ambler, who portrayed a walker on the series “The Walking Dead.”

Also in attendance will be Comic Artist Ron Wilson and Greg Clark, a comic artist who worked on “The Flash.”

Marty Grabstein, the voice actor for Courage in “Courage the Cowardly Dog,” and comic guest Mark McKenna, who has worked for both DC and Marvel comics, have joined the lineup this year.

There will be several panels running throughout the day including how to craft costumes, designing your own superheroes and discussing Marvel and DC universes. There will also be one to learn how to fight with a lightsaber for young Jedis.

“I think people really get a kick out of having the saber guild,” Dufendach said. “They’re going to do some stage combat and teach the kids how to use lightsabers and all kinds of other fun stuff.”

Anime screenings will take place all day on the second floor, sponsored by the Delaware Anime Society, ranging from “Fruits Basket” to “Dragonball Z,” and “Demon Slayer.”

Look forward to interacting with more than 200 vendors, which is more than double the amount that participated last year. The vendors will be selling a variety of merchandise including original art, back issue comics, toys, collectibles, video games, books and T-shirts.

The 501st and Jedi Legion will be in “Star Wars” costumes for photo opportunities and the DeLorean from “Back to the Future” will be at the event. There will also be a replica of the 1966 Batmobile and the Gigahertz from “Mad Max Fury.”

Attendees who bring a nonperishable food item for Diakonia will receive $1 off admission. Diakonia is a residence in West Ocean City that provides emergency and transitional housing, food services, counseling and assistance to its guests.

In addition, $1 of each full-priced ticket will be donated to the Hero Initiate, which creates financial safety nets for comic creators who may need emergency medical aid, financial support for essentials in life and an avenue back into paying work.

“The point was really to do something cool for the community,” Dufendach said. “There’s so much spectacle right here in your backyard. It’s an opportunity to come and do it cheaply with the whole family.”

Anyone who arrives in cosplay will receive $1 off admission and children 9 and younger get in free with a paying adult. General admission costs $8.

“There were very minimal fires and they were small for the most part,” he said. “Everything worked out great. Everything ran smoothly and I was happy across the board.”

The inaugural event, held at the Grand Hotel and Spa on 21st Street in 2017, drew over 2,500 people. Last year, around 4,500 people attended the event at the convention center.

Rain ending this evening. Partial clearing overnight. Low 44F. Winds SW at 15 to 25 mph. Chance of rain 100%. Rainfall near a quarter of an inch.