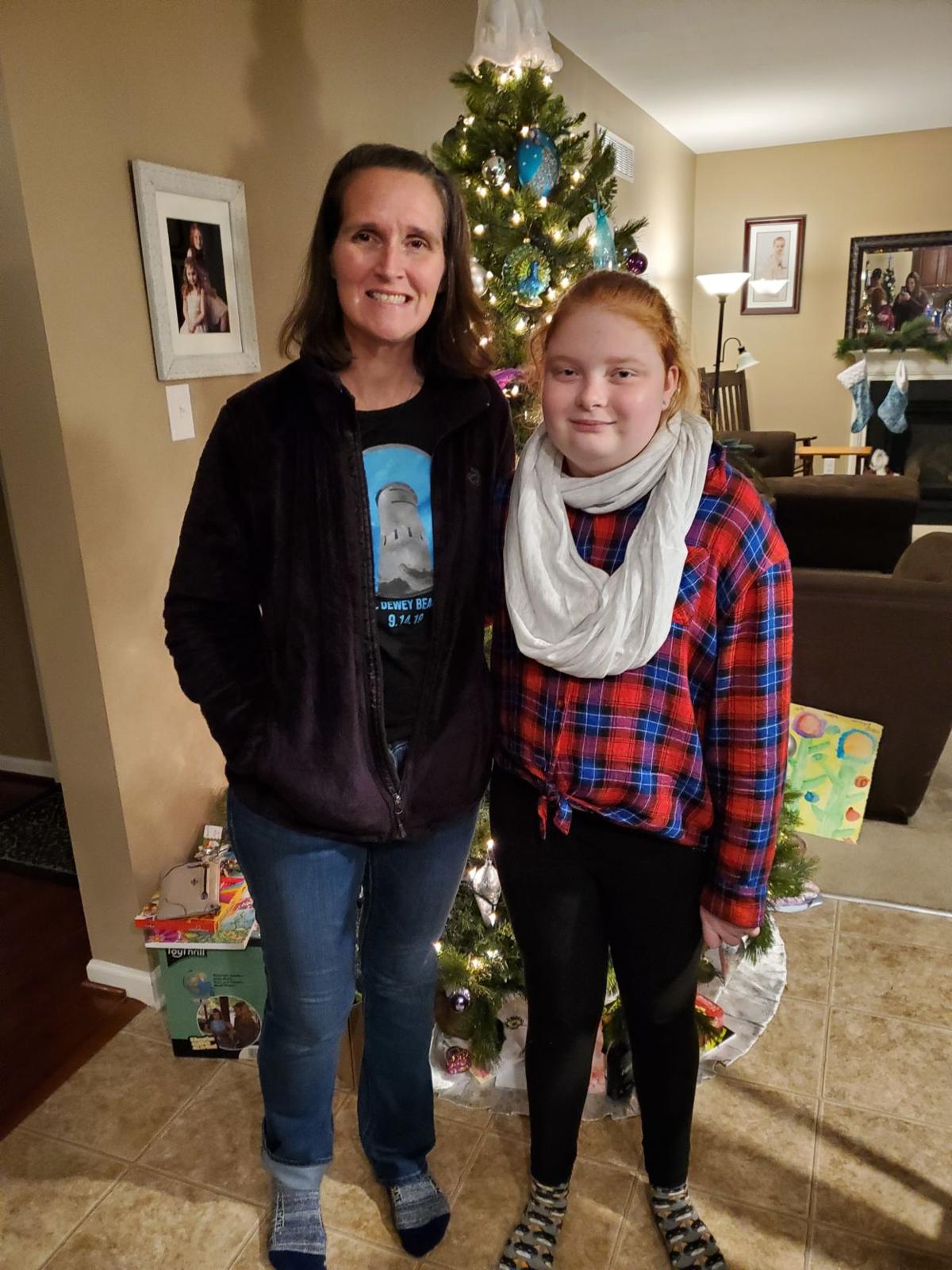 Rachel Cessna, left, donated her kidney to 12-year-old Meredith Olseski. The Chester County, Pennsylvania residents found each other after the surgery through a lucky coincidence: Olseski’s father and aunt are teachers and have taught two of Cessna’s children. 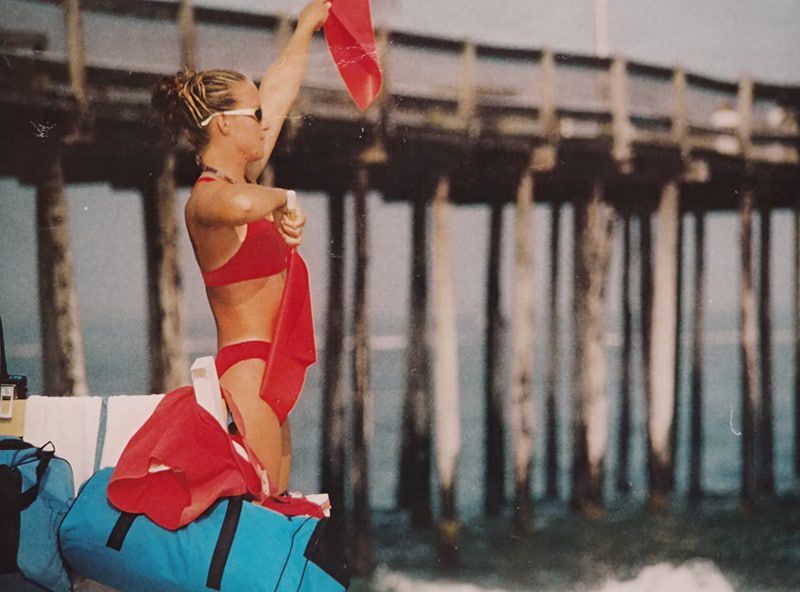 Rachel Cessna, 43, of Chester County, Pennsylvania is an Ocean City Beach Patrol alum and served the resort's beach in 1996, 1997, 1998 and 2002. Cessna also has had a career with the United States Coast Guard, and currently is the director of an early childhood development center/daycare. 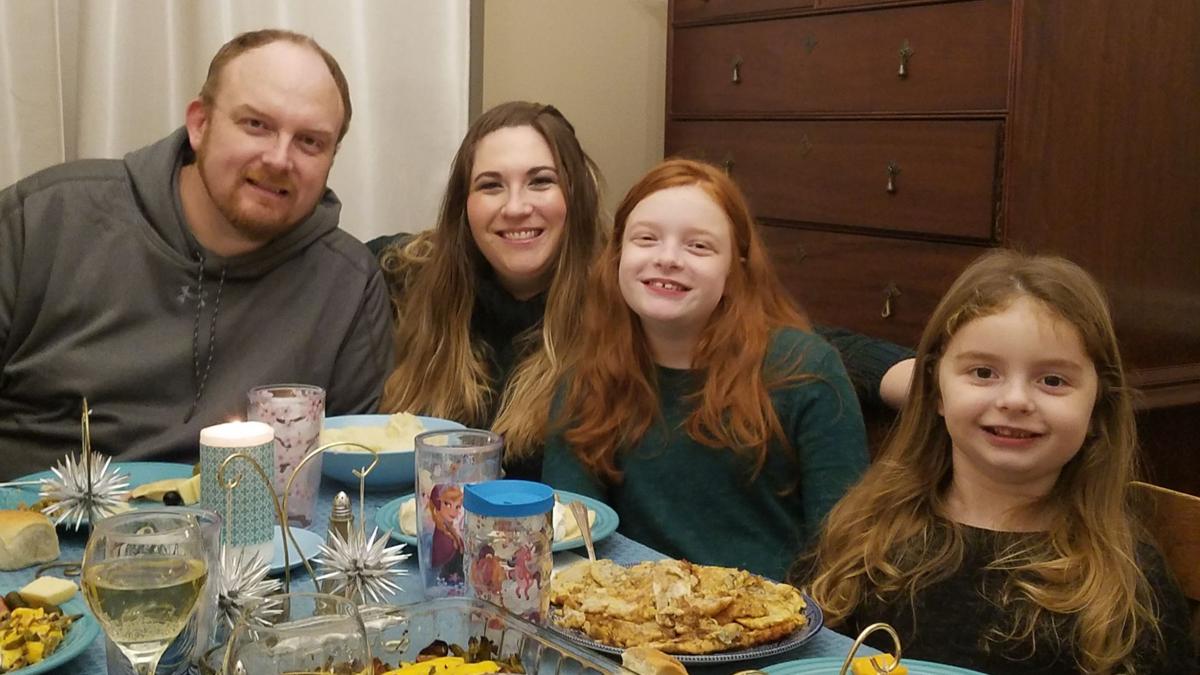 The Olseski family poses together before digging into their meal. The Chester County family, from left, are Tony, Mindy, Meredith, 12, and Lydia, 6. 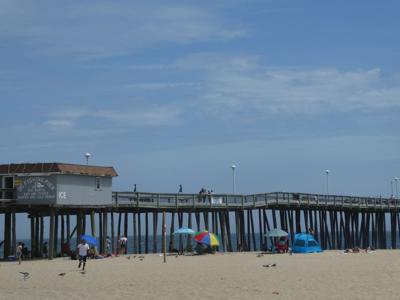 (Feb. 7, 2020) When former Ocean City Beach Patrol lifeguard and crew chief Rachel Cessna saw a Facebook post about a family in her area seeking a kidney donor for their daughter, she kept asking herself: “What if?”

That’s what ultimately made her commit to donating her kidney to 12-year-old Meredith Olseski — a journey that took almost a year to complete.

“We laid her down for a nap, picked her up and she was pale and … unresponsive. We had to dial 911,” her mother, Mindy, said.

Olseski spent several days at the Children’s Hospital of Philadelphia, and at one point, her heart rate spiked to 307 beats per minute, prompting doctors to give the baby three rounds of beta-blockers to stop her heart and restart it.

This allowed doctors to hook her up to an electrocardiogram, through which they determined she had Wolff-Parkinson-White syndrome — a rare condition in which an extra electrical pathway appears between the heart’s upper and lower chambers and causes a rapid heartbeat called supraventricular tachycardia.

Although the condition is typically not life threatening, Mindy said she and her husband, Tony, had been too slow in noticing that something was wrong.

“We were first-time parents. This is our first child,” Mindy Olseski said. “We had no idea that it [rapid heartbeat] had been going on. With her heart beating so fast, her body went into shock. By the time that all of that damage had been done … the lack of blood flow and oxygen to her kidneys had already caused renal failure by then.”

Initially, doctors thought Olseski’s kidneys could heal since she was so young, but by the two-year mark Mindy said it was clear her daughter would need a new kidney down the line.

After her initial stint at Children’s Hospital of Philadelphia, Olseski went to Nemours/Alfred I. duPont Hospital for Children in Wilmington, Delaware, where doctors told the family she would make it to her 21st birthday with her original kidneys.

In 2018, when she was 11 years old, her doctor at the Children’s Hospital of Philadelphia, where she had returned to, said she would need a kidney within the next year.

“We were out of options,” Mindy said. “I thought we had more time.”

“I couldn’t donate [my kidney] to my own daughter which was … I mean it was the worst feeling in the world,” she said.

In December 2018, Olseski was put on an inactive kidney list, but with options running low, Mindy posted her daughter’s story on Facebook, which is how she found Cessna.

Cessna has four children of her own, and works with youth as the Bright Horizons at Tel Hai daycare and preschool center director in Pennsylvania.

Aside from her own children and her career as an educator, she said her cousin’s child was going through chemotherapy for cancer at the time, which motivated her even more to donate.

She put in an application in January 2019 and soon after found out she was a match. She then went through a long and arduous vetting process.

Donors must not only match biologically, but they must be unwavering in their commitment to the donation.

“One of the questions I was asked numerous times was, ‘What if this all comes to fruition [and] one of your own children would become ill at some point, and you weren’t able to help them?’” Cessna said. “That did make me stop and think, but in the moment I would just have to hope that there were other people like myself that would be willing to take the step [to donate] and see what could happen.”

By July 2019, Cessna was officially approved to move forward and schedule a surgery date.

Throughout this time, the Olseskis were largely kept in the dark, which is normal procedure, as doctors want to ensure a donor is 100 percent ready to go and not give recipients any false hopes.

“We were told that we couldn’t be guaranteed until they [the donor] were being wheeled back there. Until that kidney was in my daughter, I couldn’t feel any relief,” Mindy said.

Donors are allowed to back out of a kidney donation up until the very last moment, but luckily for Olseski, Cessna had no plans on turning back.

On Oct. 16, 2019, surgeons at the Hospital of the University of Pennsylvania removed one of Cessna’s kidneys, which Mindy said was then walked over to the Children’s Hospital of Philadelphia and implanted into Olseski.

According to Mindy, the procedure was a huge success, as Olseski’s creatinine levels immediately stabilized. It was the best they had seen since she was an infant.

“I cried,” Cessna, 43, said, recalling the moment she heard the good news.

“I said out loud, ‘This is why.’ That was the why,” she said. “The whole time was just to try to help this family and this little girl gain back some sense of normalcy.”

“Once she had the surgery, she looked amazing,” Mindy said. “That kidney started functioning … like a champ.”

Following the operation, both families sought to find each other, but could not do so as the children’s hospital protocol disallowed such a meeting until a year post-opt.

Nonetheless, through a stroke of luck and community connections, the families were united. The Cessnas and Olseskis are Chester County, Pennsylvania, residents.

Mindy’s sister-in-law and husband are both teachers, and two of Cessna’s daughters had been their students.

One day, while making copies, Mindy’s sister-in-law overheard a pair of teachers talking about a note brought in that day saying a student may be upset because her mother was going in for surgery to donate a kidney.

Through the teacher grapevine, Mindy figured out it was Cessna, and obtained her address.

“I ended up writing a letter on Christmas Eve, and we ended up dropping it off on their porch. Turns out, they were all asleep, and they didn’t even get the letter until two days later apparently. It almost blew off the front porch,” Mindy said, laughing at the memory.

Cessna’s husband later told Mindy that he had found the letter and almost threw it away thinking it was trash.

At the last minute, however, he saw “Rachel and family” on the other side of the letter, and opened it thinking it was a Christmas card.

“He said that he was overwhelmed with emotion, and ended up reading it leaning on his truck, floored,” Mindy said.

The two families have met twice so far, and plan on continuing to gather together in the future. Olseski will celebrate her 13th birthday on Feb. 14.

“We are eternally grateful for Rachel. I mean there’s no word to express our gratitude,” Mindy said. “She made a really tough choice, but I feel like it came so naturally to her, and I’m so glad that she did it [donated her kidney] … When I couldn’t do it, as a mother, that was a very hard thing for me to go through, but knowing someone was out there who was willing to do it and who could do it, there’s no words for someone like that other than ‘amazing.’”