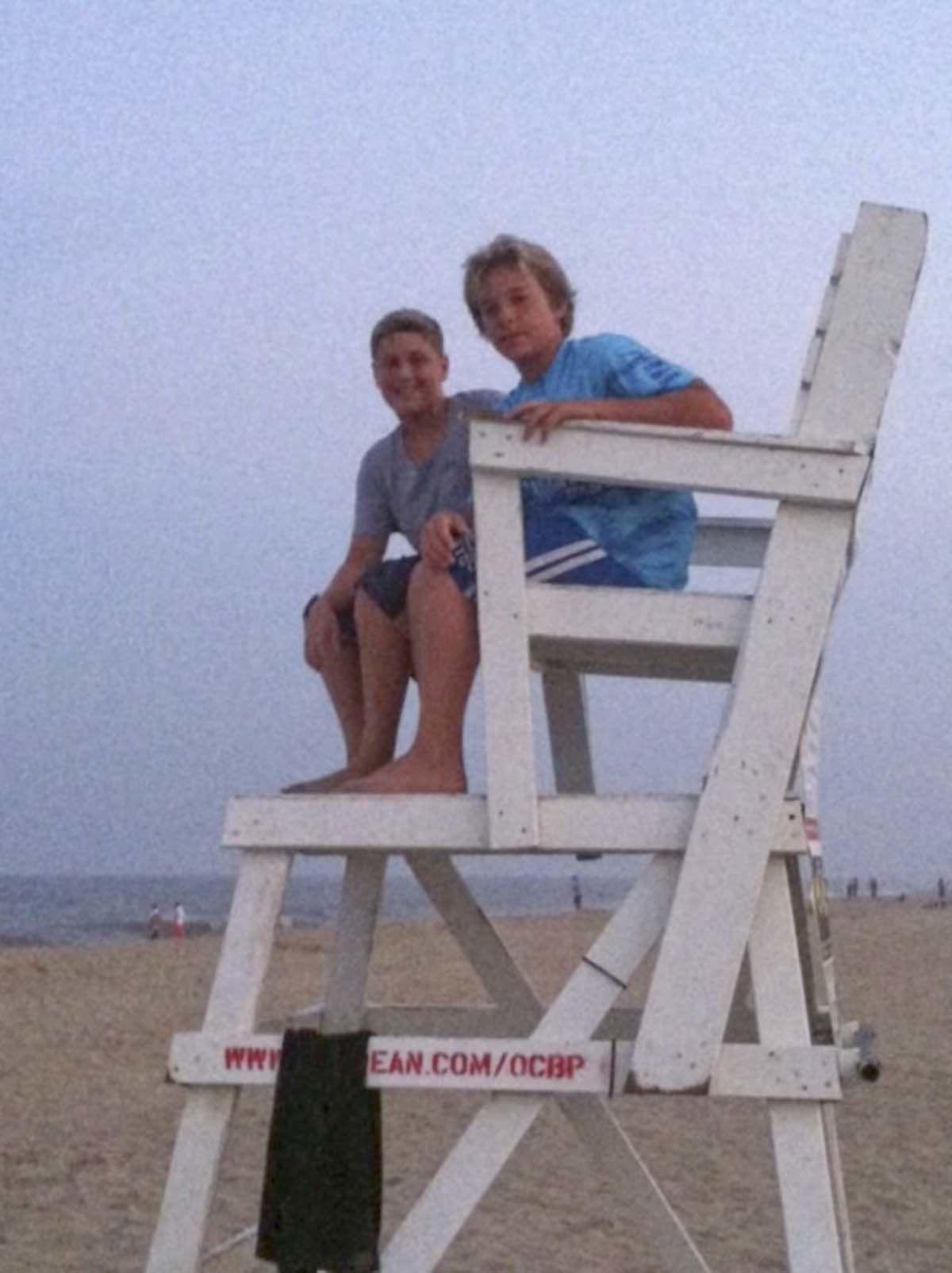 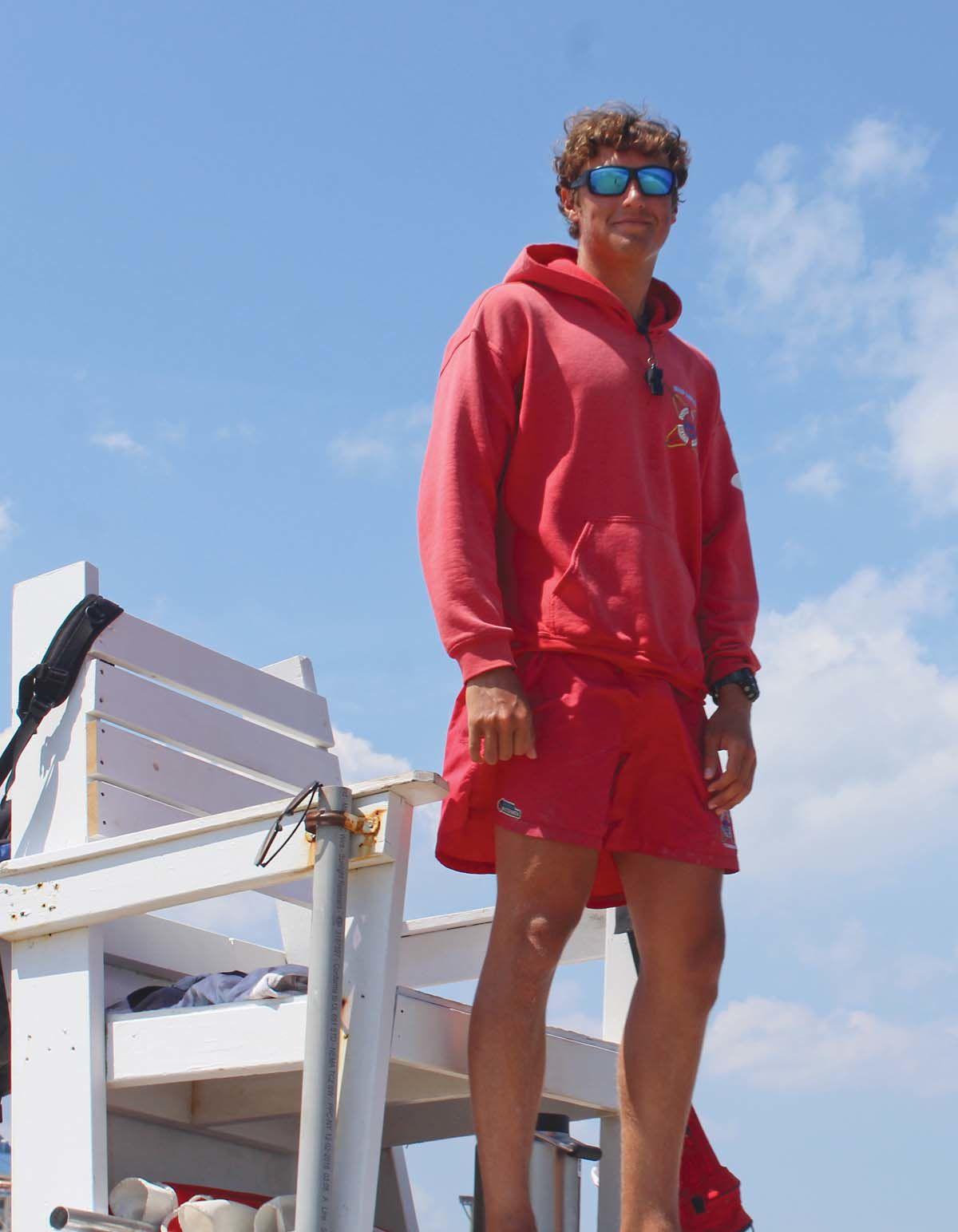 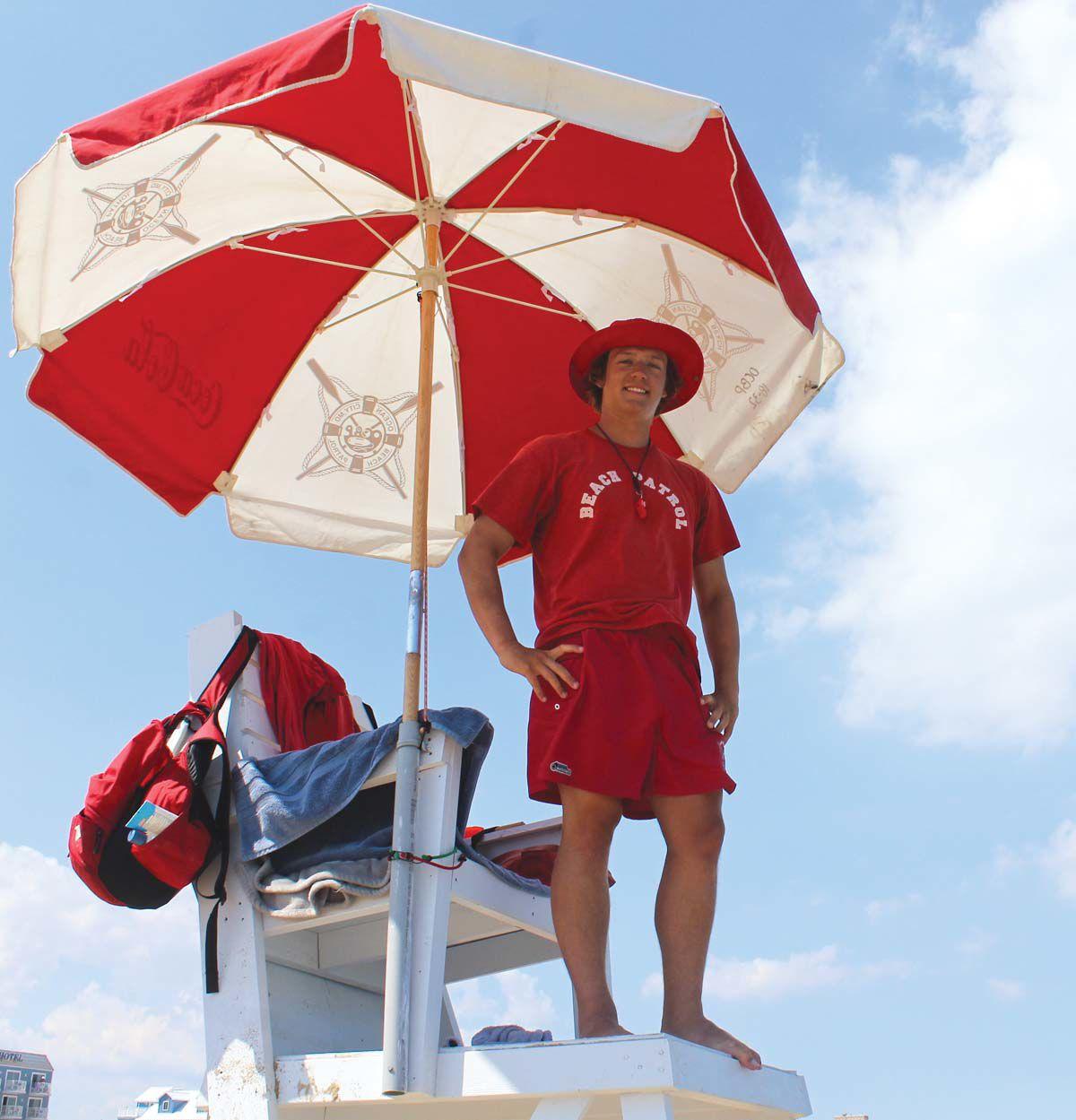 (July 3, 2020) A decade after taking a photo together on a lifeguard stand, two childhood friends have joined the ranks of the Ocean City Beach Patrol as rookie surf rescue technicians.

Nathan Kerchensky and Cole Dorobish, both 19, of Indiana and Uniontown, Pennsylvania, respectively, met during a swim meet when they were kids.

“We met when we were a little [younger] than 10,” Kerchensky said. “We swam unattached on a swim team … and we swam together so often our mothers became friends because they would always go with us and we started hanging out, and we’ve been friends ever since.”

Swimming unattached means to swim as an unofficial member of a swim team.

Kerchensky only came to Ocean City a few times growing up, but he fondly remembered enjoying the beach and grabbing a snack from an Ocean City classic.

“We definitely loved eating Thrasher’s fries. It’s definitely one of the highlights of this place,” Kerchensky said.

Dorobish’s family came to the resort quite often, and he remembered having photos taken by Telescope Pictures, and his family often stayed in the same rental unit each visit.

“We stayed at Surfside 8 in my younger years because a family friend managed it,” Dorobish said. “I spent a lot of time on Eighth Street, as well, which is right next to Thrasher’s (second location).”

During a vacation to Block Island, Rhode Island, the two had considered becoming lifeguards there, but the island was too far from home for Dorobish.

“I was looking for something to do this summer, and I really didn’t want to go home back to work at an Olive Garden,” Dorobish said. “At school [my friend] Zach mentioned he was a lifeguard and he was like ‘it’s a fun time. I mean, you get to spend your summer at the beach.’ I was sold pretty quickly.”

Dorobish mentioned the idea to Kerchensky, and the two went to tryouts in Salisbury soon after.

“It was a lot of new exercises,” Kerchensky said. “The swimming wasn’t too difficult. Where we tried out, Salisbury, we went in a pool, and because we’ve been swimming in a pool for over a decade the swim wasn’t bad really. I’m not too much of a runner, so the run kind of winded me and then going right into a swim, it’s definitely tiring.”

Nevertheless, all of the training paid off, as evidenced by the two successfully conducting multiple rescues within the last two weeks — Kerchensky aiding with two saves and Dorobish with nine.

The two expressed pride in joining the patrol, which they had held in such high esteem as young visitors.

“It’s pretty cool to know you’re beach patrol. It’s almost something to brag about,” Dorobish said. “People definitely respect you, which is very much appreciated. They didn’t really respect the Olive Garden host.”

“I would be sitting on the lifeguard chairs taking pictures when I was younger,” Kerchensky said. “It’s kind of funny now to think that I’m sitting on one now in charge of people, taking care of people.”

As always, the beach patrol reminds visitors to “Keep your feet in the sand until the lifeguard’s in the stand.”