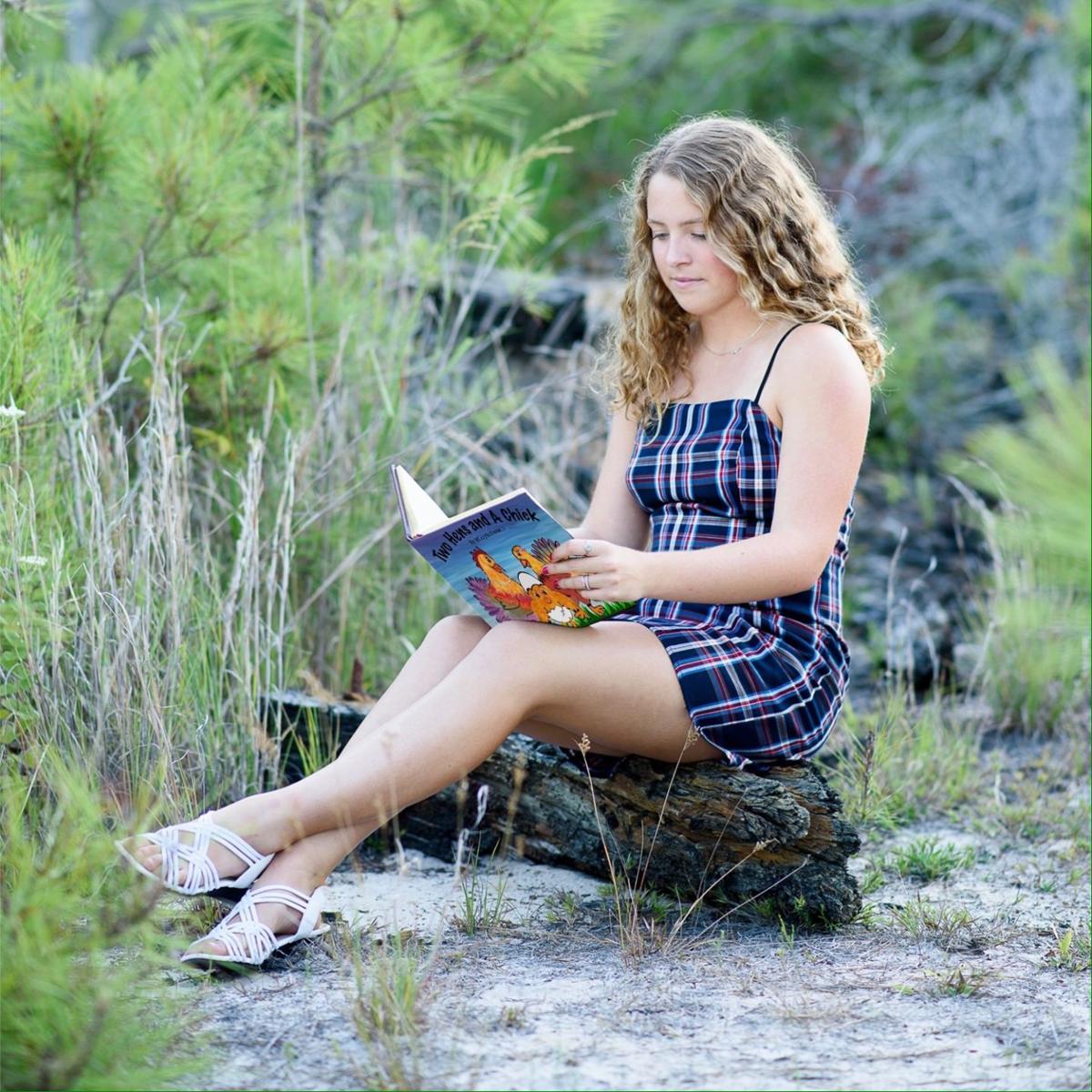 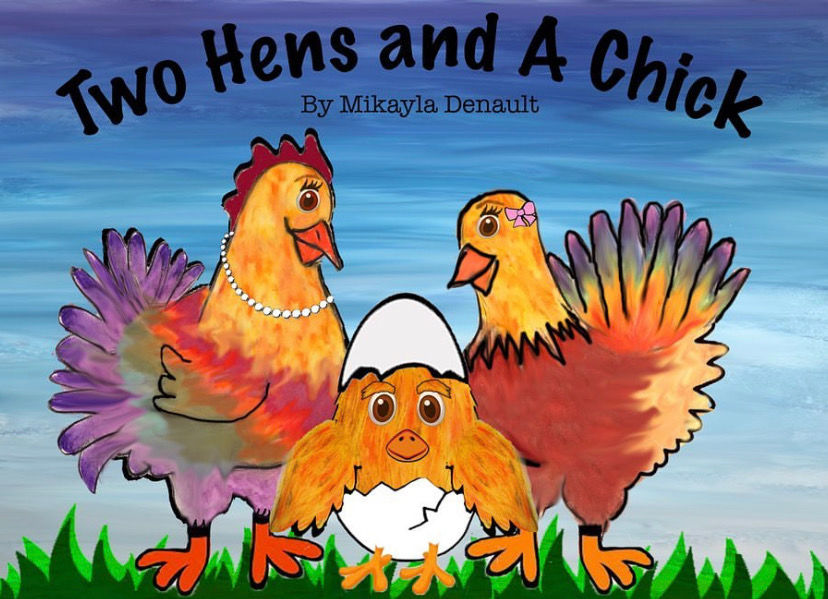 (July 10, 2020) Recent Stephen Decatur High School graduate, Mikayla Denault, wrote and illustrated a children’s book, “Two Hens and A Chick,” based on her own experience of being raised by two moms in an effort to help children understand family diversity and become more inclusive.

“Two Hens and A Chick” is about a baby chick named “Chick Mikky,” and her exceptionally loving moms, “Hen Mollie” and “Hen Millie,” as the little one attends her first day of “eggementary” school at Rainbow Farms.

Her moms explain the different types of families that they encounter while meeting “Chick Mikky’s” classmates at Back to Farm Night.

In the end, “Chick Mikky” learns it does not matter how a family is built because ultimately, all families try to spread love and help their children grow to become amazing in their own way.

Denault used her own experience from her first day of school to write the book.

She hopes the activities that take place in the book like, introducing yourself to potentially new friends, first bus ride, and Show and Tell, will resonate with everyone, especially children, parents and teachers.

As a child, Denault’s friends were very curious about her parents, since it was different then what was considered standard. That curiosity drove them to ask her many questions about her family.

She chose to write a book specifically for children because she knows first-hand how innocent and curious they can be.

Denault, 17, believes that children tend not to judge others as quickly, absorb what they are told easily, and then take those lessons with them as they grow.

She wants to help introduce her audience to the dynamics of different families early, so that they will “learn to treat everyone equally and see all families as normal.”

Denault hopes that the children reading her book will take its positive life lessons to heart and “uphold a set of values that will lessen hate and stereotypes.”

She also hopes that children and adults alike continue to ask questions in their search to be better people.

“Every question is an important one,” Denault said. “It leads to the understanding of long-term stigmas placed upon groups of people like the LGBTQ+ “Two Hens and A Chick,” (an acronym for lesbian, gay, bisexual, transgender and queer or questioning, plus) community.”

Ultimately, she wants to spread a message about inclusion throughout school systems and communities.

“It is time we unite the next generation and their families to be able to see all perspectives and appreciate all people for who they are,” Denault said.

Denault came up with the idea to write a children’s book in 2018 after “Raised by Unicorns” by Frank Lowe was published. It is a collection of stories by people who were raised by LGBTQ+ parents.

Denault wrote a chapter in the book also titled “Two Hens and A Chick.”

After “Raised by Unicorns” was published, Denault’s aunt gave her the idea of turning her chapter into a children’s book. Later, at the Hugh O’Brian Youth Leadership Conference in Maryland, she would finalize her plan to write “Two Hens and A Chick.”

The process took two years as Denault juggled school, clubs, sports and writing the book. She wanted to be proud of the end result and not rush the process.

Denault used her love and experience for writing and illustrating to create the book.

She received assistance from Worcester Technical High School’s Interactive Media Program to illustrate the book with Adobe Photoshop and Illustrator.

Salt Water Media, an independent publisher based in Berlin, worked with Denault to publish her book.

Denault said she loves working with local businesses, and that Berlin has “incredible, driven people making the town prosperous and successful.”

She also spent time as an advertising design intern for the Berlin Chamber of Commerce.

In addition to writing a children’s book, Denault swims and runs competitively. She was a member of the Stephen Decatur swim, cross country and outdoor track teams. She also swam for the Salisbury YMCA.

She gives back to the community as well, and has volunteered for the Young Men’s Christian Association, Stephen Decatur Key Club, and Hugh O’Brian Youth Leadership program.

This fall, Denault will be attending her dream school, Northwestern University, in Chicago. She plans to major in Journalism, Media and Integrated Marketing Communications, and minor in Creative Writing.

She hopes to become a journalist or an anchor for a large news institution, so that she can use her passion for writing to continue sharing people’s stories to help eliminate bias and illuminate different perspectives.

To purchase the 20-page “Two Hens and A Chick,” visit Amazon and Barnes and Nobles online sites. The book will also be in local bookstores and classrooms in the near future.

Instead of meeting people in person for book readings, Denault is planning virtual events for the summer. For updates and more information, follow @twohensandachickbook or @mikayla.denault on Instagram or @mikayladwrites on Facebook.