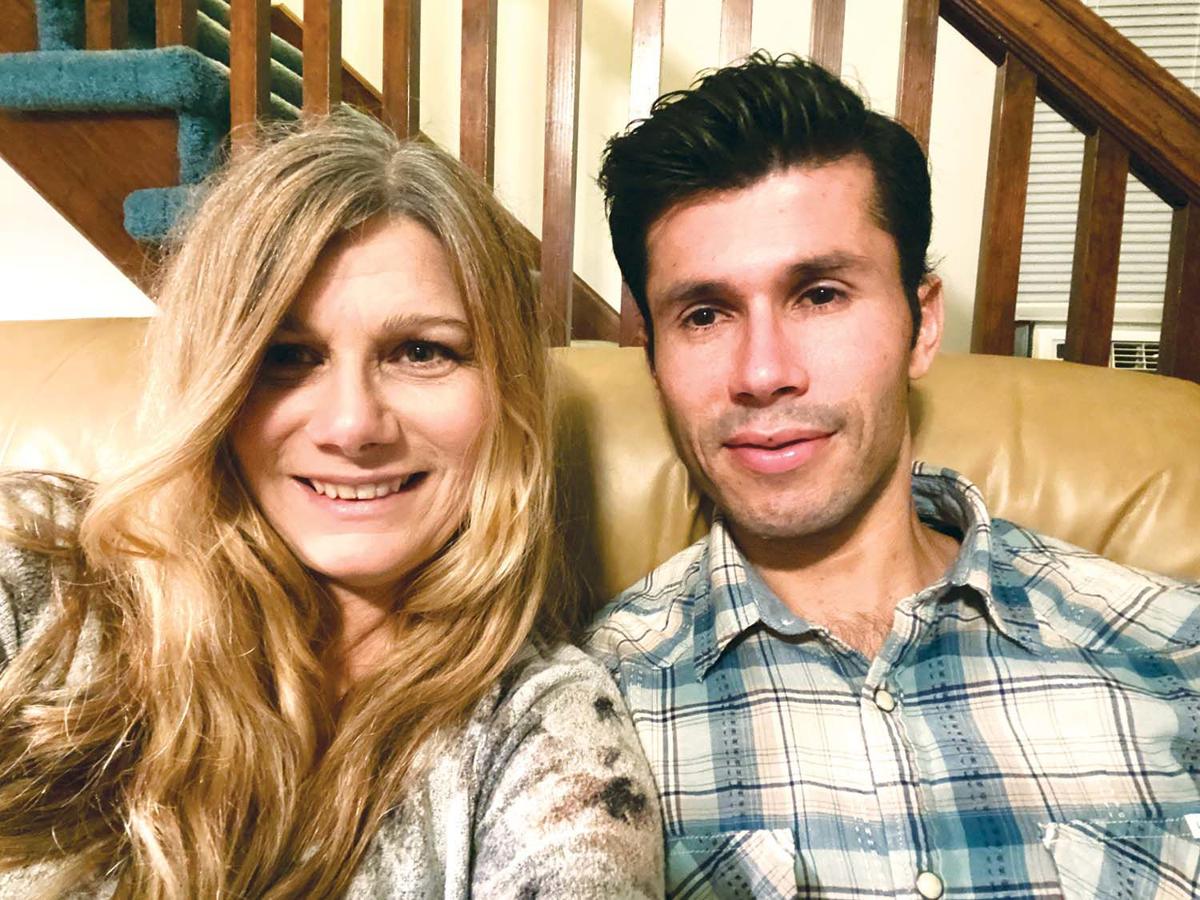 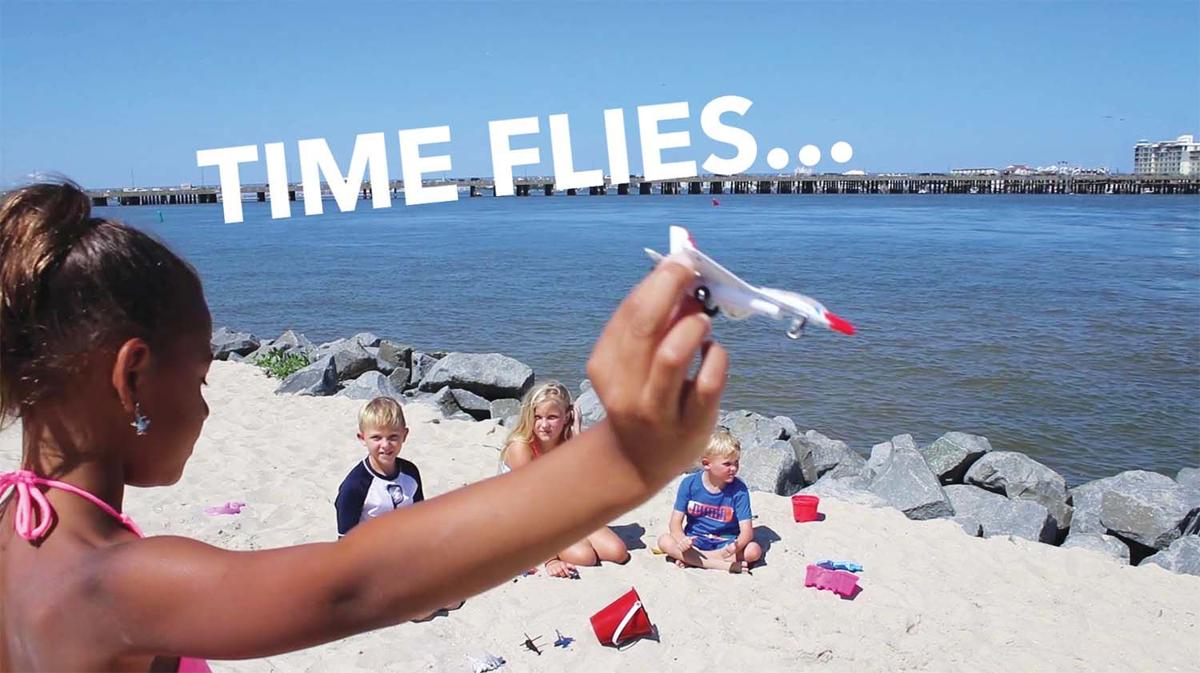 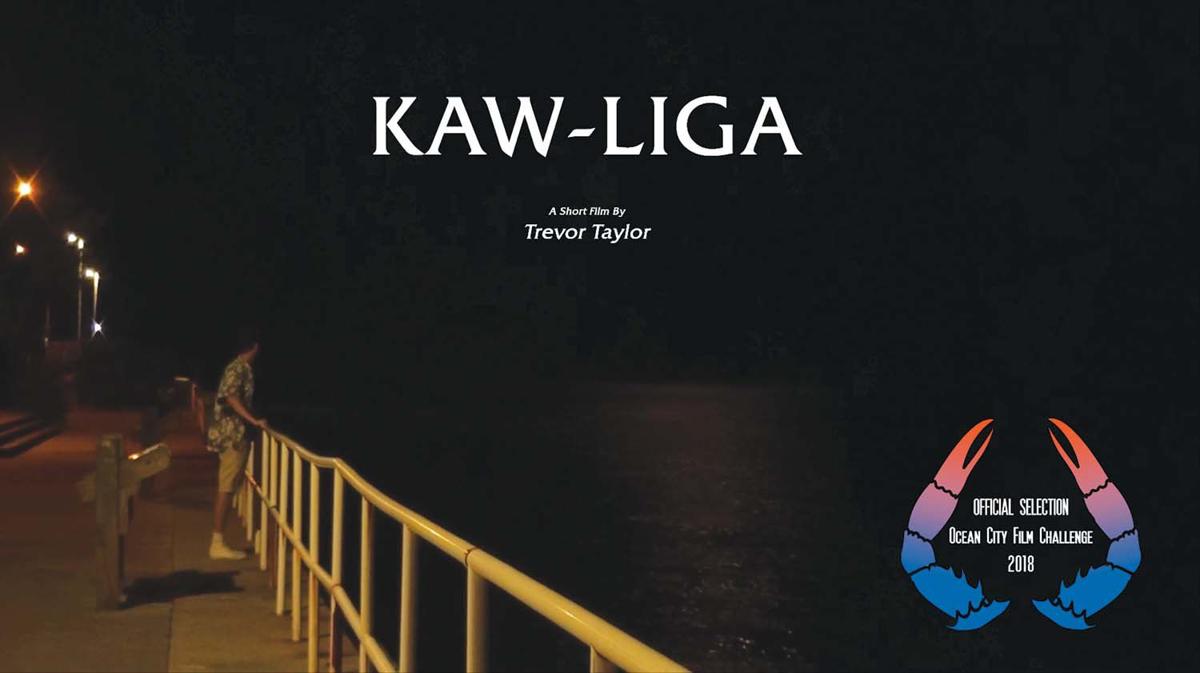 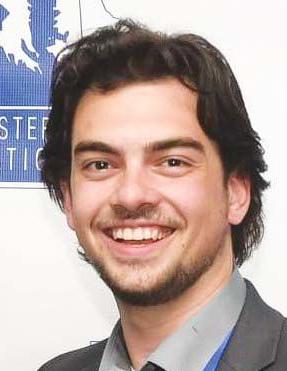 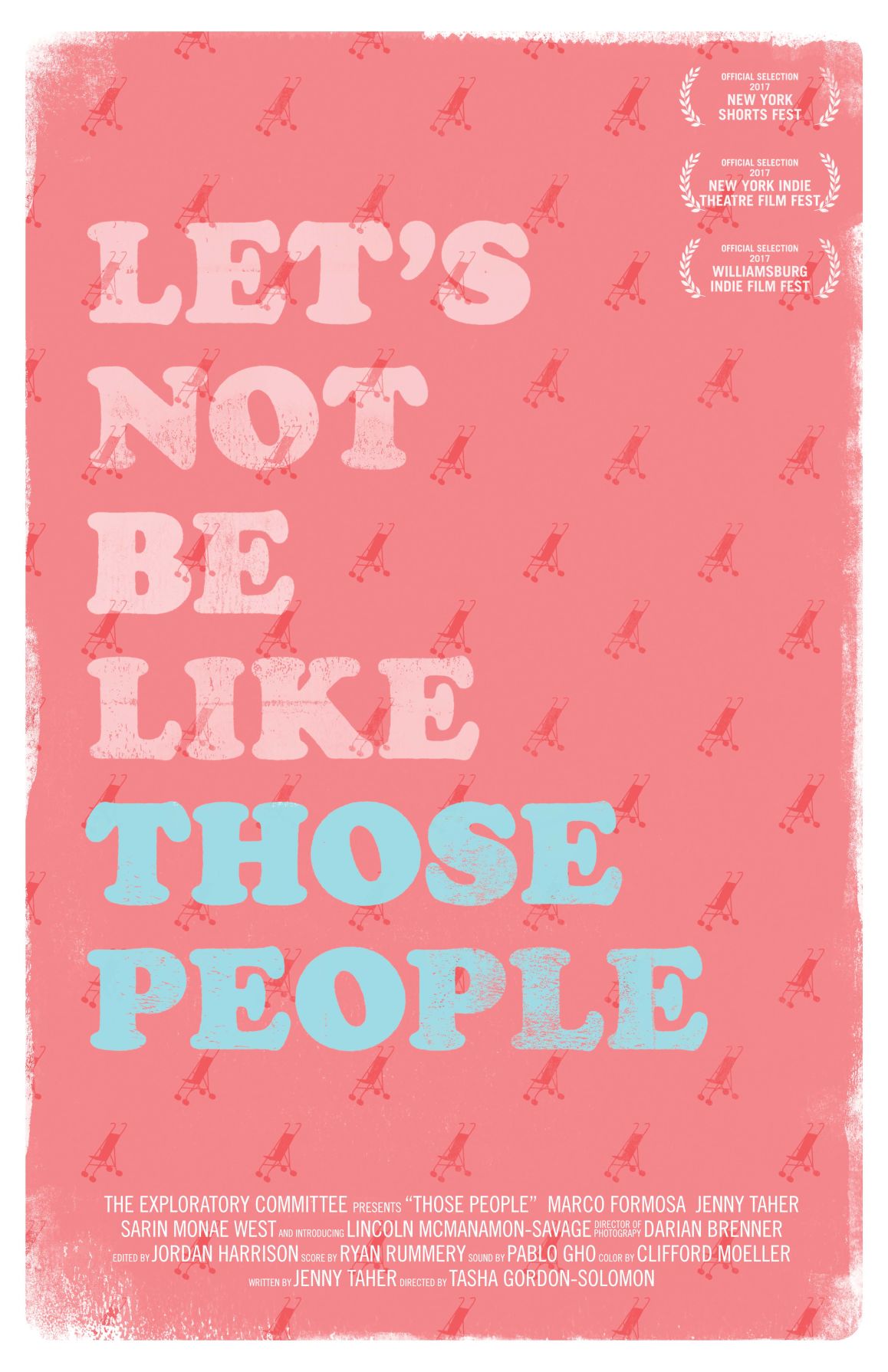 "Those People" by Jen Taher 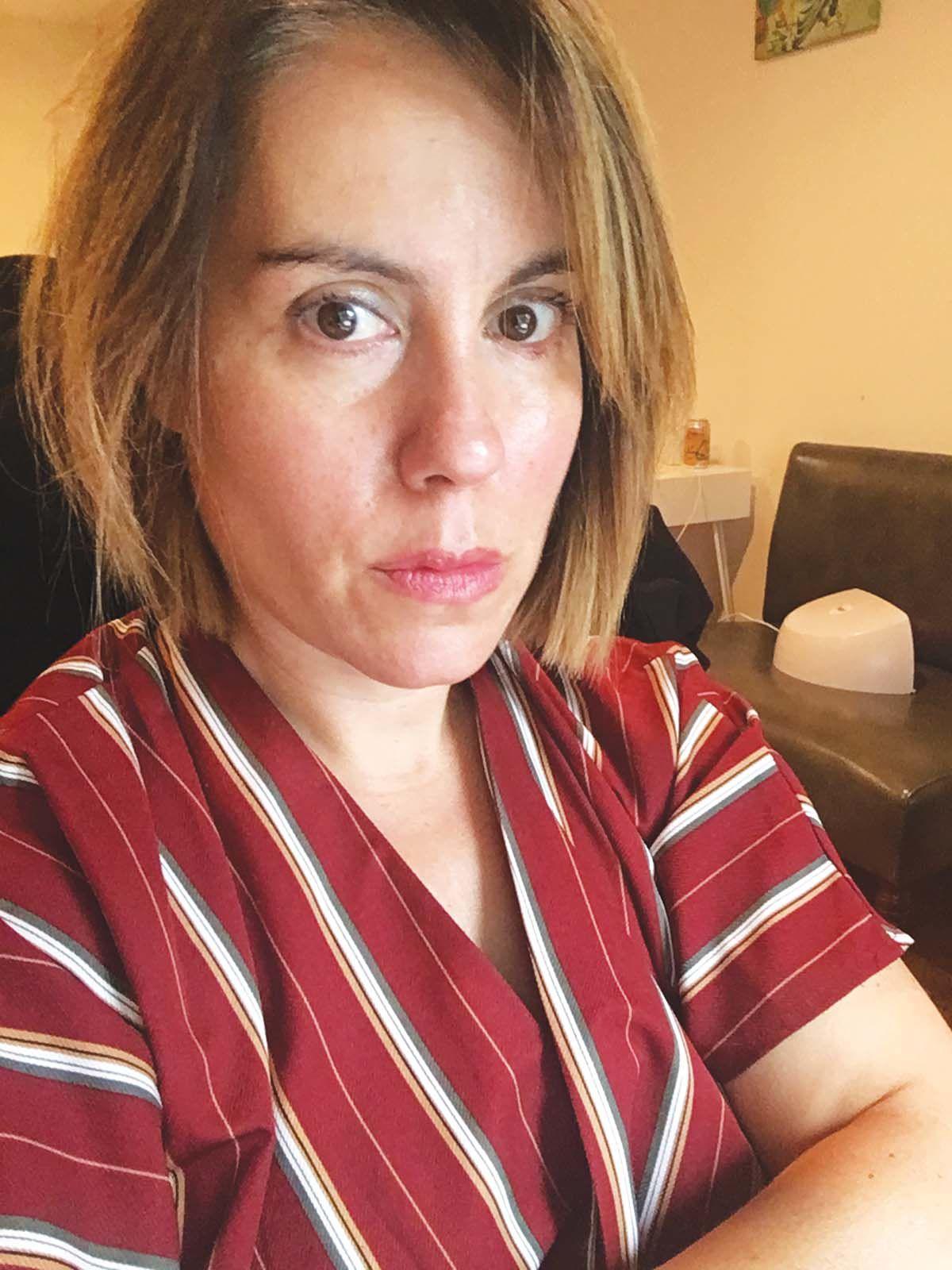 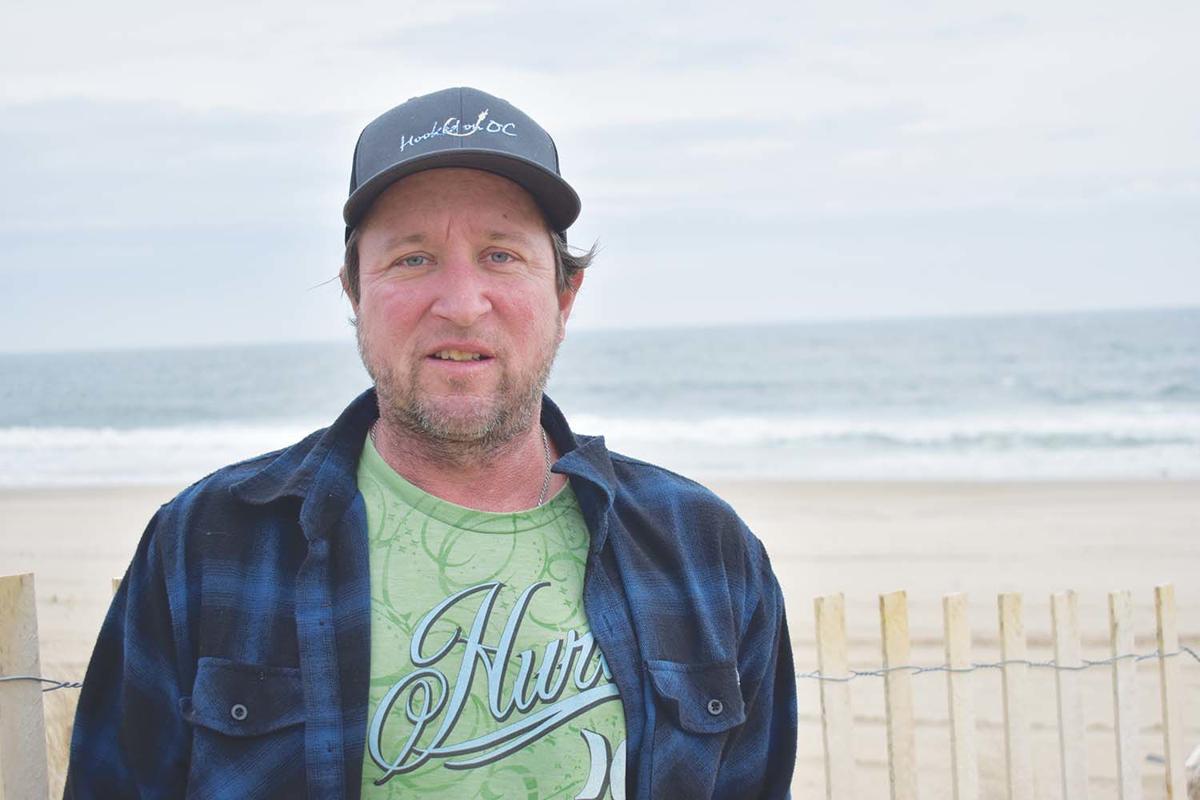 (March 6, 2020) Local, regional, national and international filmmakers will be showing their work during the fourth annual Ocean City Film Festival this weekend.

Several local filmmakers will either debut or feature their latest projects.

The couple, who own Campos Media in Ocean City, are making their film festival debut.

“‘Time Flies’ is a heartwarming, feel-good film that can be enjoyed by all ages,” Christine Campos said. “The message is to follow your dreams, anything is possible.”

They decide to make an airport in the sand and take off in their planes in a fantasy world of being real pilots. The adult pilots depicted in the film are true pilots flying real planes during the Ocean City Air Show this past summer.

“[This] was the very first time [for us] producing something with a storyline, as our past work was primarily event videos,” Christine said. “We built the storyline around some great footage that we captured from the OC Air Show event.”

The film can be seen at the Fox Gold Coast Theater on 115th Street on Friday at 2 p.m.

Stephen Decatur High School graduate Trevor Taylor will be returning to the film festival for the second year with his latest work, “Kaw-Liga.”

The film was a part of an Ocean City Film Festival contest held in 2018, which required the filmmakers and actors to create a film about Ocean City that must be filmed in the resort.

“I thought, ‘what the hay, that Indian head at the entrance to the inlet lot is pretty cool, I should write something with that,’” Taylor said. “It’s been my dream ever since I was 6 years old when I first saw ‘Raiders of the Lost Ark’ and wanted to be an archaeologist. Later, I realized that it was because of the movie that made me want to pursue that career and decided it wasn’t archaeology I need to be doing … it’s telling stories and try to give people that same feeling I had as a kid that Spielberg gave to me.”

“Kaw-Liga” is three-and-a-half minutes long, depicting the story of a man who is contemplating his existence on the Ocean City inlet underneath the old Indian head statue, but he finds more than rocks and water.

“I think it’s a nice little short, but I think it’s more important people come out and see as much as possible at the film festival, especially films that challenge their world view or make them uncomfortable,” Taylor said. “Art should be about expanding your horizons and seeing and experiencing things that you normally wouldn’t and the Ocean City Film Festival is a perfect place to explore and test new waters.

“The Ocean City Film Festival and the Art League is one of the best things to happen to the Eastern Shore,” he continued. “As a local boy, I always felt like the shore never offered anything to suit what I was looking for out of life and recently, these guys have filled a hole that was much needed in the community.”

The film can be viewed at the Fox Gold Coast Theater on 115th Street on Friday at 2 p.m.

Stephen Decatur High School graduate and actor Jenny Taher will be screening two of her films at the festival this year.

“‘I am a Big Ball of Sadness and I want to Throw Myself off Your Roof’ was adapted from a short play by a great playwright called Ken Urban,” Taher said. “I had done the play as an actor and thought it had the right components for a short so we ended up making it into a little short film.”

“I am a Big Ball of Sadness and I want to Throw Myself off Your Roof” is a short film that centers around three New Yorkers who meet at a party and amidst the banal party chatter reveal their inner woes.

“‘Those People’ was part of a larger episodic digital series called ‘Life, As We Post-It’ that I wrote, which used social media as the means to do kind of character studies, so there were 12 episodes in all,” Taher said.

In “Those People,” the story follows Amanda, who when she finds out that she is unexpectedly pregnant, she admits to her partner, Andrew, that she’s not sure she wants to have the baby. What follows is a night of intense discussion on the pros and cons of bringing a child into a world that is, increasingly, in the throes of decay and dystopia.

Both films have been screened at multiple film festivals, with “Big Ball of Sadness and I want to Throw Myself off your Roof” winning the Manhattan Short.

Taher was inspired to create her own films, despite being an actor, as she felt many digital series that were produced did not have a real point of view to focus on.

“I thought, I have a point of view and I am, at heart, a storyteller... I bet I can write something,” Taher said. “I think they are provocative and they firmly tread on ground people will know … they deal with modern day anxieties in an entirely recognizable way.”

The first film is 10 minutes long and the second is 17 minutes.

Both films can be viewed at Fox Gold Coast Theater on 115th Street on Saturday at 3:30 p.m.

The film focuses on the life of Reggie Mariner, who according to Messick is a “well known Ocean City native.”

“It’s about a guy who has basically carved a small little village inside the forest rather than cut the whole forest down to do it,” he said.

The village is located halfway between Berlin and Ocean City. The hour-and-a-half-long film covers what Messick and his team were able to create over 10 years of filming, between wildlife shots and interviewing the Mariner family, talking about the origin of the village and some background on Mariner’s life as well.

“I think locally it’s something neat because everybody knows the old-style way of living and he has a true Eastern Shore accent, which honestly, we don’t hear as much as we used to,” Messick said. “I think that is a dying breed.”

“I think people should just try to do whatever they want if they have an interest or passion in it,” he said.

“Reggie’s Forest” can be viewed at Flagship Cinema in West Ocean City on Saturday at 8 p.m. and Fox Gold Coast Theater on 115th Street on Sunday at 1:30 p.m.

For more information and a full list of films, visit www.ocmdfilmfestival.com.

Rain showers in the morning with scattered thunderstorms arriving in the afternoon. High 74F. Winds S at 10 to 15 mph. Chance of rain 50%.