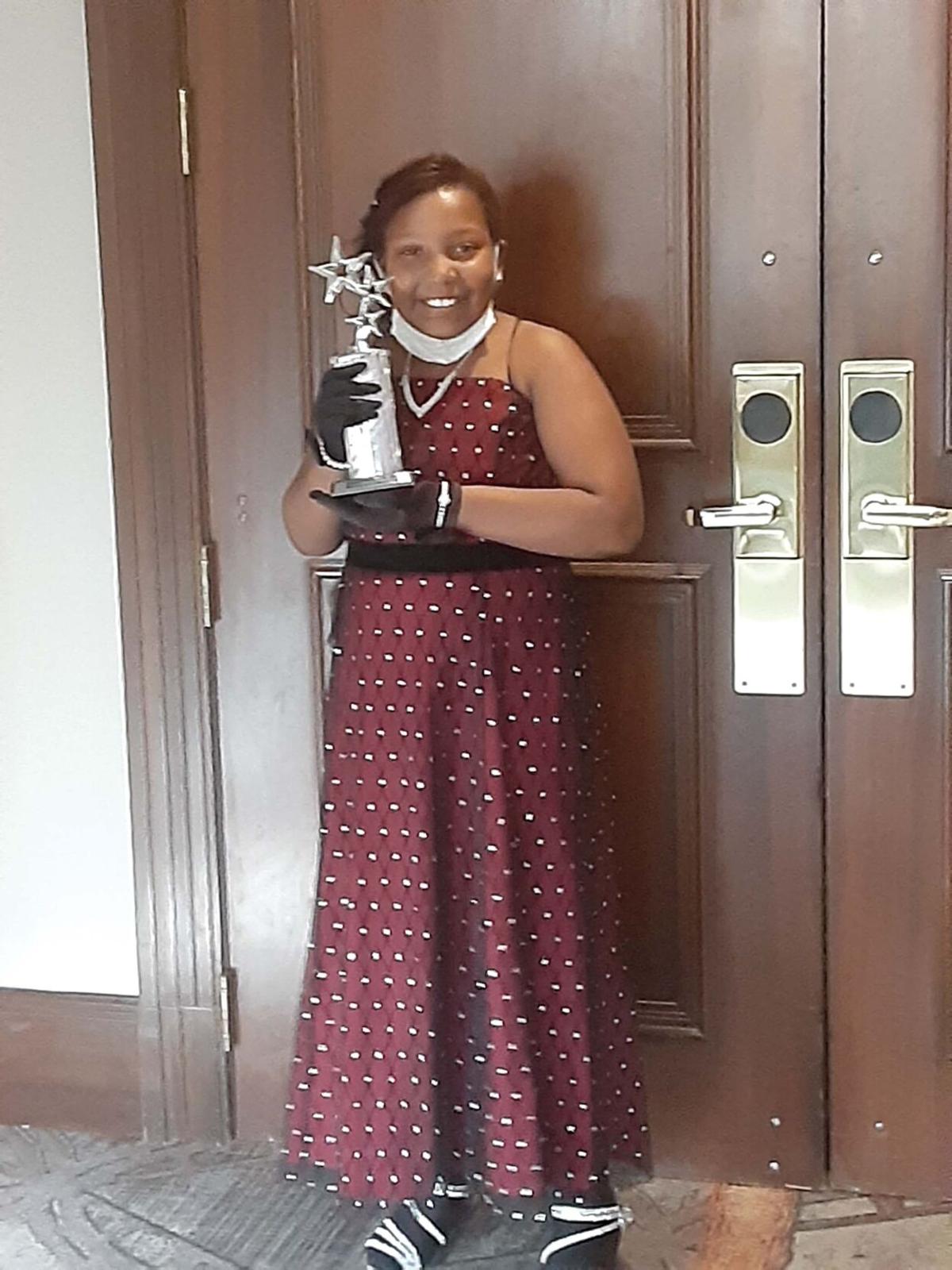 Aminah White, 9, will represent Berlin and Worcester County at the National American Miss Pageant in November in Orlando, Florida, after competing in the state pageant on Sept. 19-20. 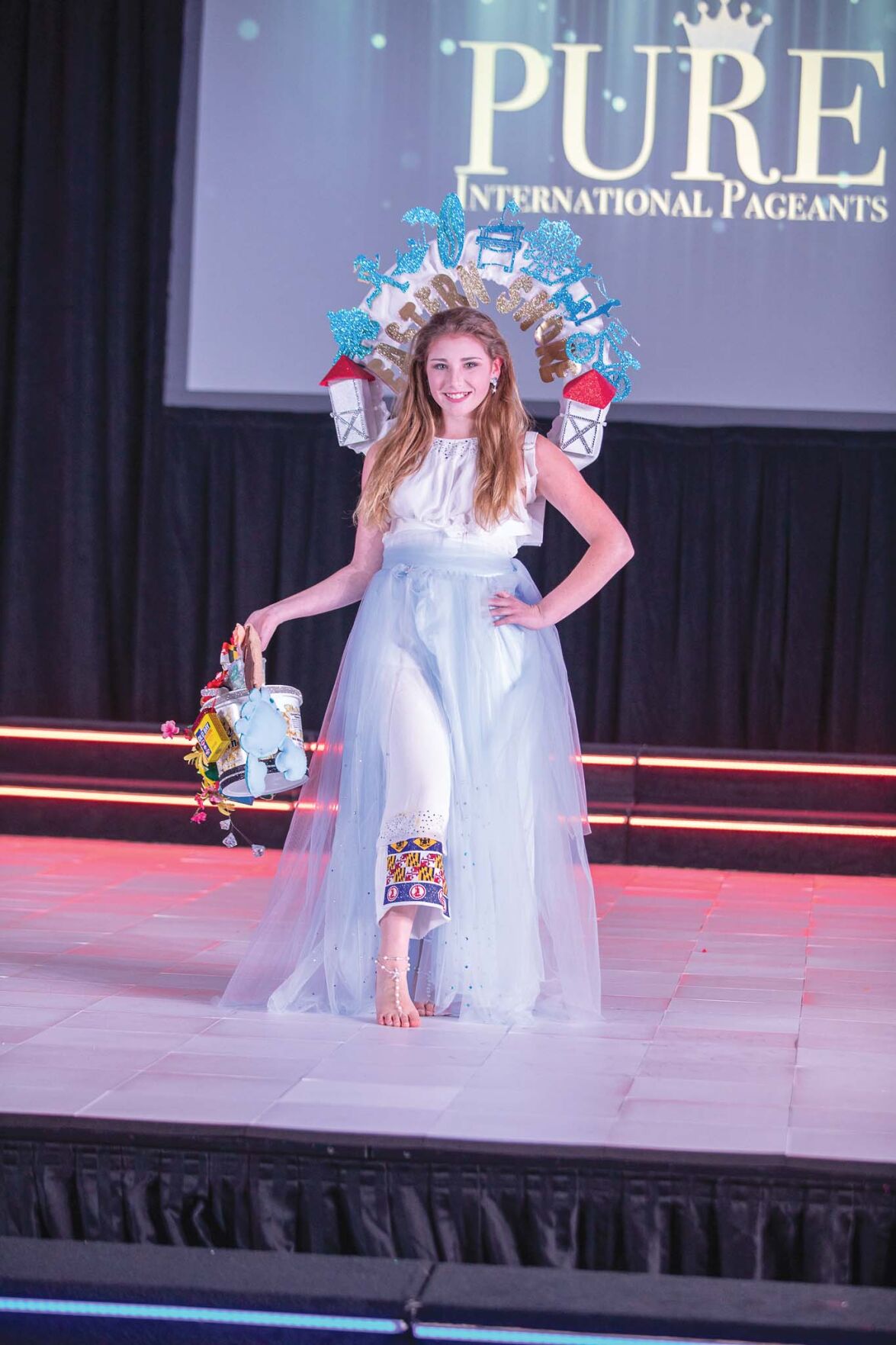 (Oct. 2, 2020) Aminah White and MaryAnn Catherine Rutzler strive to bring positive change in their Worcester County communities as they participate in national pageants.

Aminah White, of Germantown Road in Berlin, will compete in the junior pre-teen category of the National American Miss Pageant in November in Orlando, Florida.

White, 9, is excited to represent Berlin and Worcester County in her first year of competition.

For the state pageant in Virginia on Sept. 19-20, White was judged on formal wear, a personal introduction, a resume and an interview as well as a community service project.

White donated books and school supplies as part of her community service project in her neighborhood for four hours.

She also competed in optional events, such as acting and casual wear, at the state pageant.

She added that she is improving her public speaking skills as well.

White has been homeschooled for four years, and currently she is in the fourth grade. She is involved with library groups and activities such as Cyber Streets, a stem/coding program, as well as a reading literacy program called PAWS.

In addition, White is a dancer for X-treme Dance Studio in Laurel, Delaware.

“As far as I’m concerned with the pageant, I was really excited as a parent that it wasn’t like catty or just about how the girls looked,” said Ashley Cuffee, White’s mother. “Everyone was really nice, very helpful, [and] very supportive of everybody.”

Cuffee said she was impressed with how the National American Miss Pageant focuses on building the girls’ life skills and confidence.

MaryAnn Catherine Rutzler, of Newark, was named the first runner-up nationally for the Young Miss title in the 2020 Pure International Pageants National pageant in Columbus, Ohio, over Labor Day Weekend.

“There’s a lot of different emotions that accompany that title,” Rutzler said. “I feel very accomplished to have made it that far and have that title as first runner up, but there’s also a little bit of sadness in there because I really wanted to represent Pure International on a national level, not just as Young Miss Eastern Shore.”

As the current Young Miss Eastern Shore, Rutzler competed in the required modeling state wear, formal wear and personal interview for the in the junior teen category for ages 13 to 15. She also competed in optional events, such as print modeling, runway modeling, photogenic, portfolio and craftwork.

Rutzler, 13, represented the Eastern Shore in the national pageant.

“I love where I’m from and to be able to represent it with such an amazing organization is one of the best feelings in the world for me,” Rutzler said.

Her state costume, which was designed by her mother, featured flags of Maryland, Delaware and Virginia and her blue overskirt had hand-placed rhinestones in ocean blues. She held a Fishers popcorn bucket adorned with the agricultural and seafood industries of the Eastern Shore: peaches, corn, chicken, blue crab, watermelon and strawberries.

Rutzler’s mother also incorporated the state flowers of Maryland, Delaware and Virginia as well as the Assateague and Chincoteague ponies, a rhinestone crab mallet, Dolle’s saltwater taffy and Old Bay Seasoning to the costume. In addition, Colleen constructed the iconic Ocean City Boardwalk welcome arch with lights and a personalized Maryland license plate on the back of the archway.

Rutzler said she has been competing in Pure International Pageants for two years after learning about them from one of her pageant directors, April Meilhammer Brilliant.

With a focus on faith, family and community service, Rutzler said Pure International Pageants aligns with her values.

“There’s a national project through Pure International, which is called Be the Impact,” said Colleen, Rutzler’s mother. “They promote community service no matter how small or how large the service is, knowing that you’re making an impact not only for yourself but on your community and your fellow person.”

During the 2019-20 academic year, Rutzler spearheaded an initiative for the seventh graders to honor the eighth graders while engaged in virtual learning.

Currently, Rutzler is in the eighth grade at Most Blessed Sacrament Catholic School on Racetrack Road in Berlin.

She is involved with Worcester County 4-H Voyagers, One Year to Empowerment and Girl Scouts.

She has been a Conference, Regional and National All-American Scholar for Pop Warner Berlin Seahawks for three years.

In addition, Rutzler has served as a caregiver for her mother, who is an acute myeloid leukemia survivor, and her godmother who died from metastatic breast cancer after a 14-year battle. Through her experience as a caregiver, Rutzler developed a passion for the American Cancer Society and Relay for Life of North Worcester County. She has a team called Royalty for Relay.

“The American Cancer Society and Relay for Life is my platform,” said Rutzler, who is part of the youth advisory for the local Relay for Life committee. “It’s what I base everything I do on.”

Rutzler will compete in gown modeling, headshot and interview in a “Hocus Pocus” themed virtual Mystic Productions pageant. Submissions are due by Oct. 30. A panel of judges will critique the submissions, and title holders will be crowned in November.

Partly cloudy skies this morning will become overcast during the afternoon. High 72F. Winds SW at 10 to 15 mph.

Rain likely. Becoming windy in the afternoon. Potential for heavy rainfall. High 71F. S winds at 10 to 15 mph, increasing to 20 to 30 mph. Chance of rain 100%. Rainfall around a half an inch.