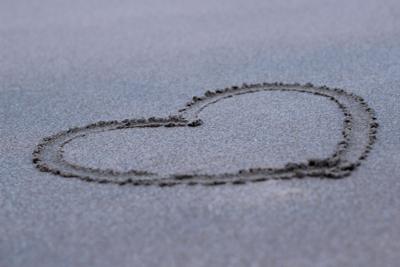 (Nov. 23, 2018) The Kurtz family, who tragically lost their son a year ago, created the inaugural Matt Kurtz Kindness Award to honor individuals who help spread a positive life outlook.

Matt Kurtz (1985-2017) was a Worcester County resident who was known for constant acts of kindness, according to his mother, Jackie.

After hearing from several people about how small acts of kindness could positively impact health, mood and relationships, the Kurtz family decided to create an awareness program to honor his legacy.

“[Matt] was a super smart, kind, compassionate person. He believed in kindness as a way of life,” Jackie said. “He was open and nonjudgmental, and curious about people and about life, and he really cared about people and believed simple kindness really affected people and could turn their thinking around.

“When he died, it was a beautiful tribute from all the people we did know that felt compelled to talk about him and how he changed their lives,” she continued. “It was beautiful, and we thought of how could we honor him and carry his legacy on … it was obvious his kindness would ripple on forever.”

Linda McGean was the first recipient of the Matt Kurtz Kindness Award for constant small acts of kindness throughout the day. She received a certificate and check for $250 on Monday, Nov. 5.

“Linda was such a great first choice for us, because she did such little acts of kindness over and over again daily, which is exactly what Matt did,” Jackie said. “When we were reading the [nominations], we really liked that she was somebody who basically lives her life everyday not thinking about herself, but thinking about how she could help other people.”

McGean, a guidance counselor for Ocean City Elementary School, was caught completely by surprise by the nomination.

“It was a professional day, so we didn’t have kids at school,” McGean said. “Someone said, ‘There’s someone here to see you.’ I came out and [Jackie] introduced herself. At first, I didn’t know what she was talking about … I asked her, ‘How can I help you?’ and she said, ‘I’ve actually got something for you.’ She went on to tell me about this award and I was completely floored.

“I have not heard of it and I thought it was just a wonderful idea to recognize kindness. I think we have a lot of it in the world, it just doesn’t get the media play that negative does,” she continued.

The Bishopville resident was humbled by the nomination.

“I do not think there is anything special about me or what I do,” McGean said. “It’s who I am and what I want to do with my life. I try to go the extra mile. I think there’s millions of people who strive for that too. I don’t think we need anybody extraordinary to spread kindness – I think we can do it with anyone we come across and talk to throughout our day.”

Talking and reaching out to people is one of the other objectives Kurtz is trying to accomplish through her award. Her son, Matt, lost his life after a struggle with mental illness.

“He was affected by mental illness, [and] it was shocking to all of us because he was happiest person I ever knew,” Jackie said. “We were honest and open about mental illness, and made sure it got talked about. It can attack pretty much anybody. I really do believe it’s important to talk about and hopefully help other people talk about it too.”

The Kurtz family will also award a grant of $250 to someone who submits a kindness project they want to complete.

“The grants would be for anybody who wanted to do an act of kindness, but it might cost money they didn’t have or needed help financing,” Jackie said. “We’re offering $250 for someone to pitch an idea of kindness and would need some support on.”

The grant will be awarded Feb. 19. There will be two kindness awards and grant awards each year, coordinated every three months, according to Kurtz.

To learn more about sharing small acts of kindness, or about the Matt Kurtz Kindness Award or Grant, visit MattsKindnessRipplesOn.com.