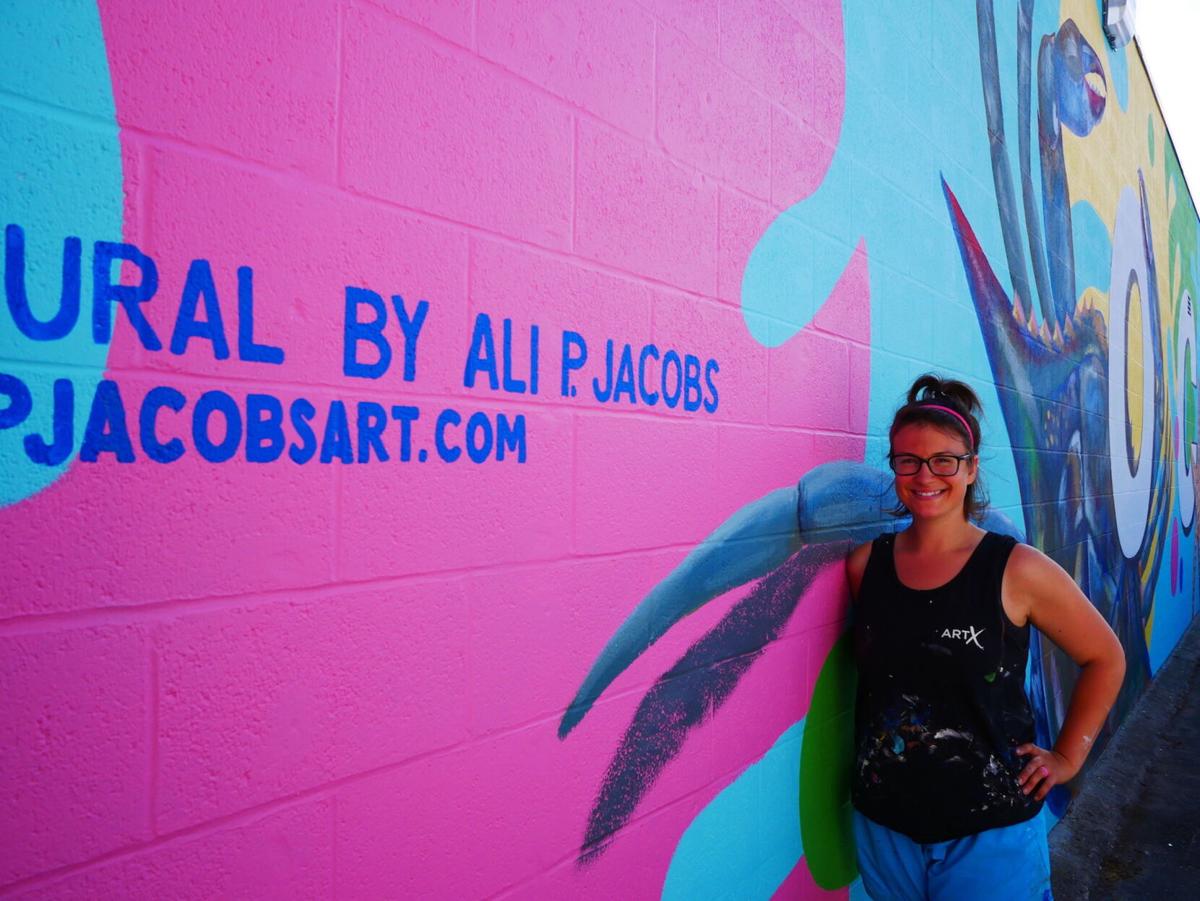 Artist Ali Jacobs poses in front of a new mural she painted on the side of a shopping center on 15th Street. 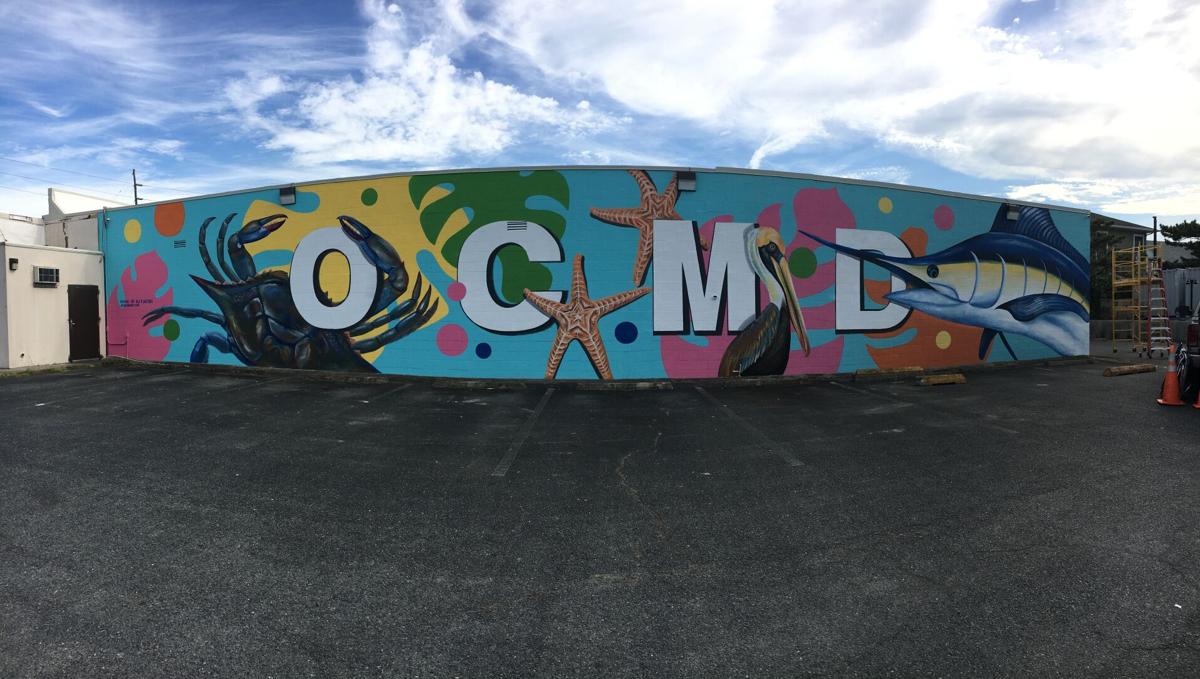 A new mural on the side of a shopping center on 15th Street depicts a colorful, beachy scene. 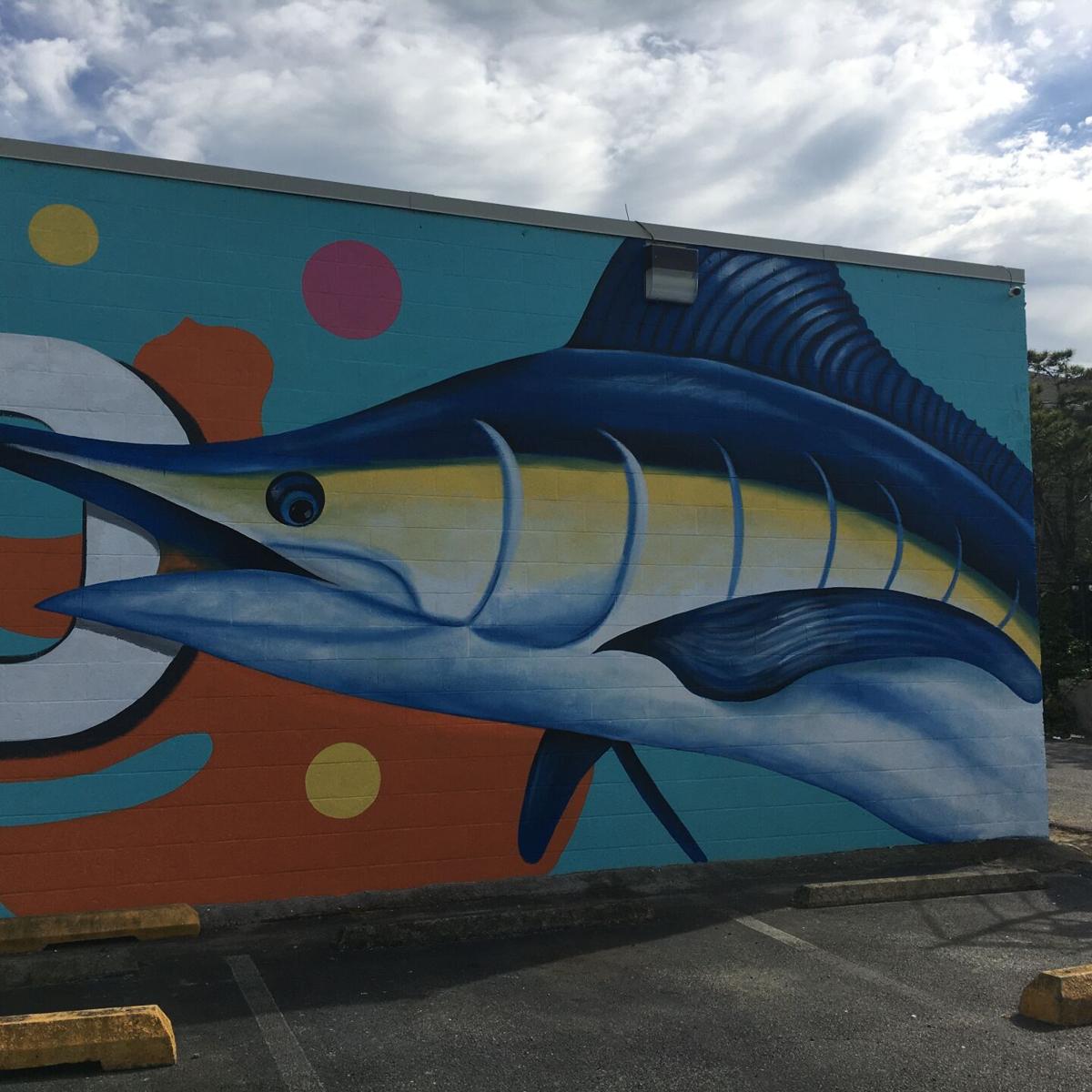 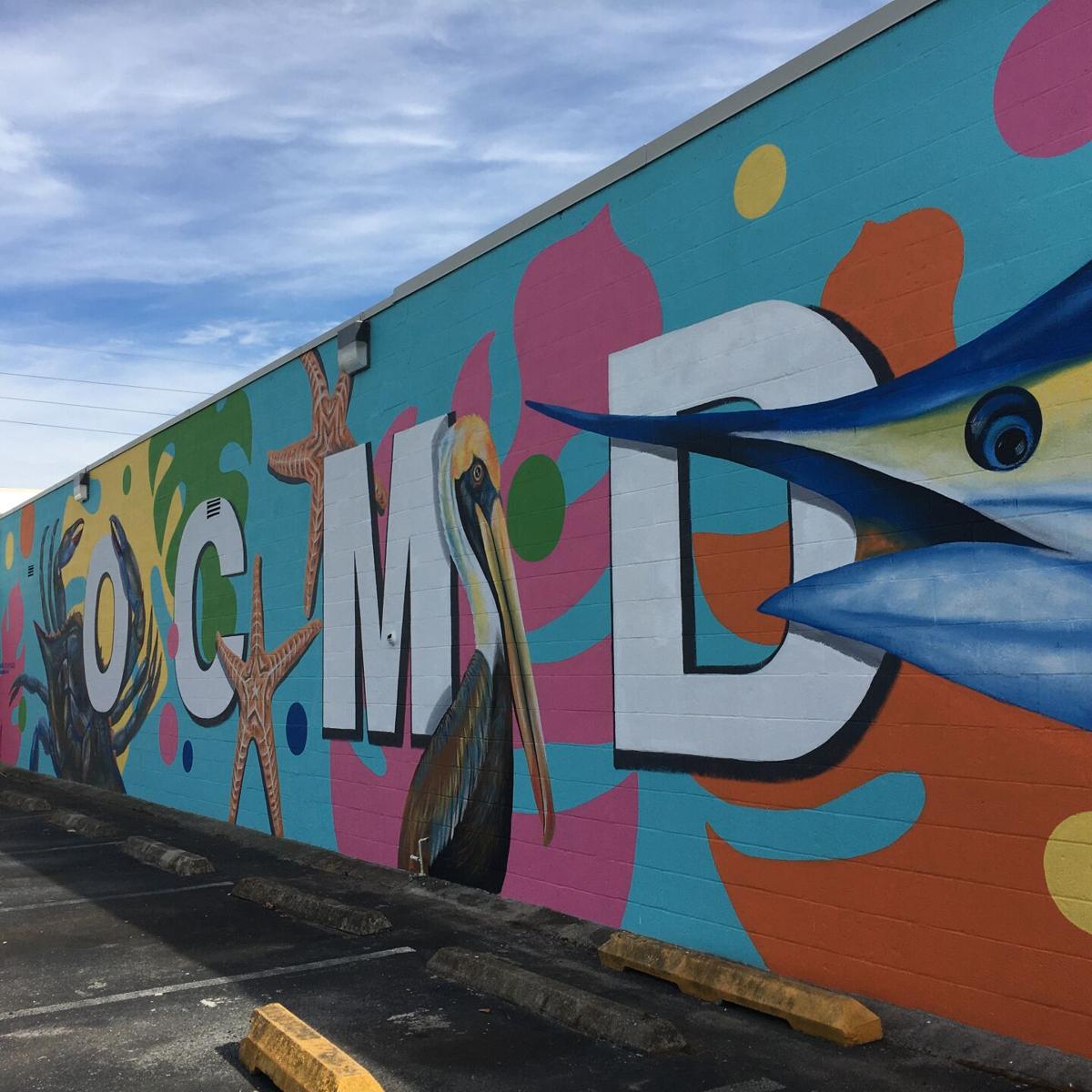 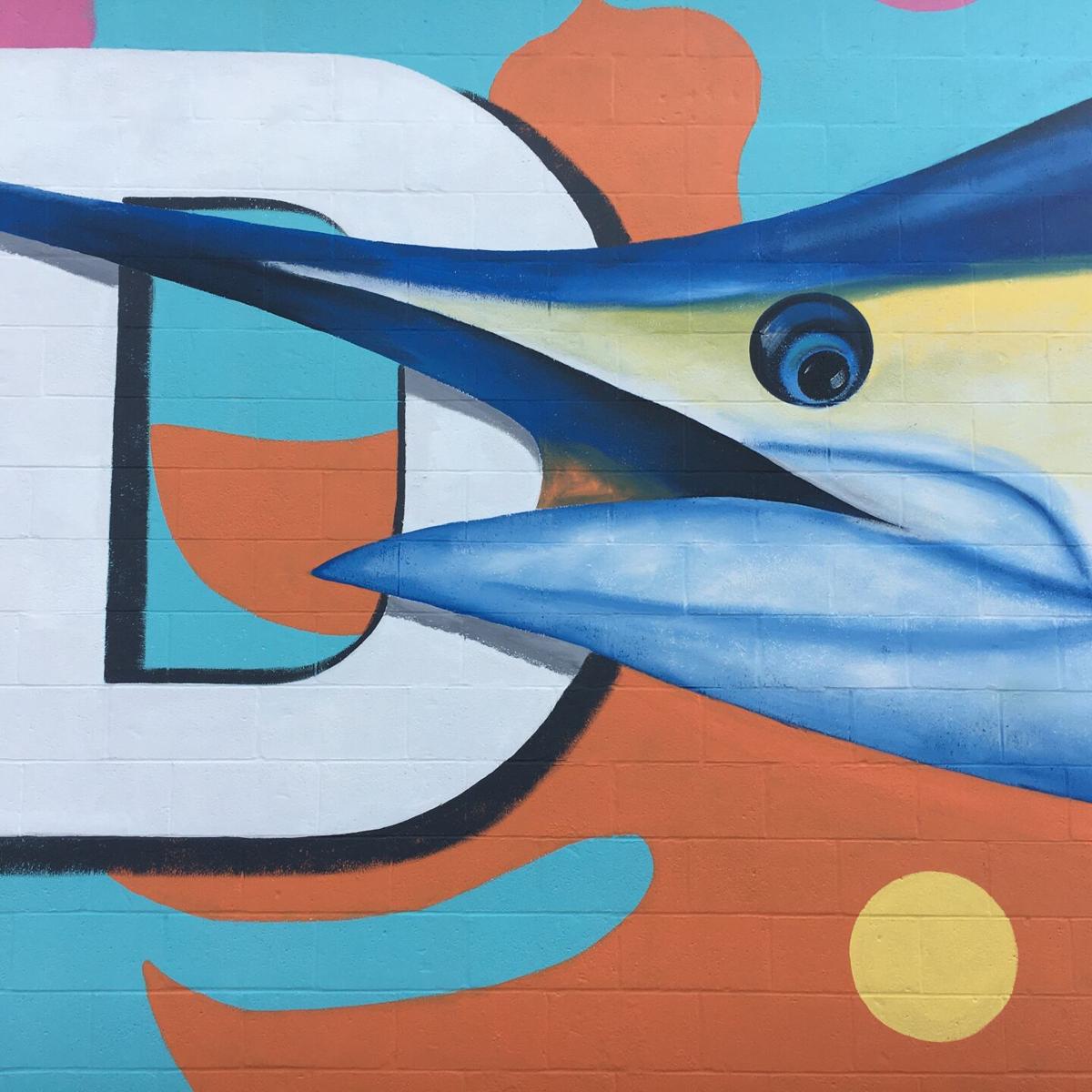 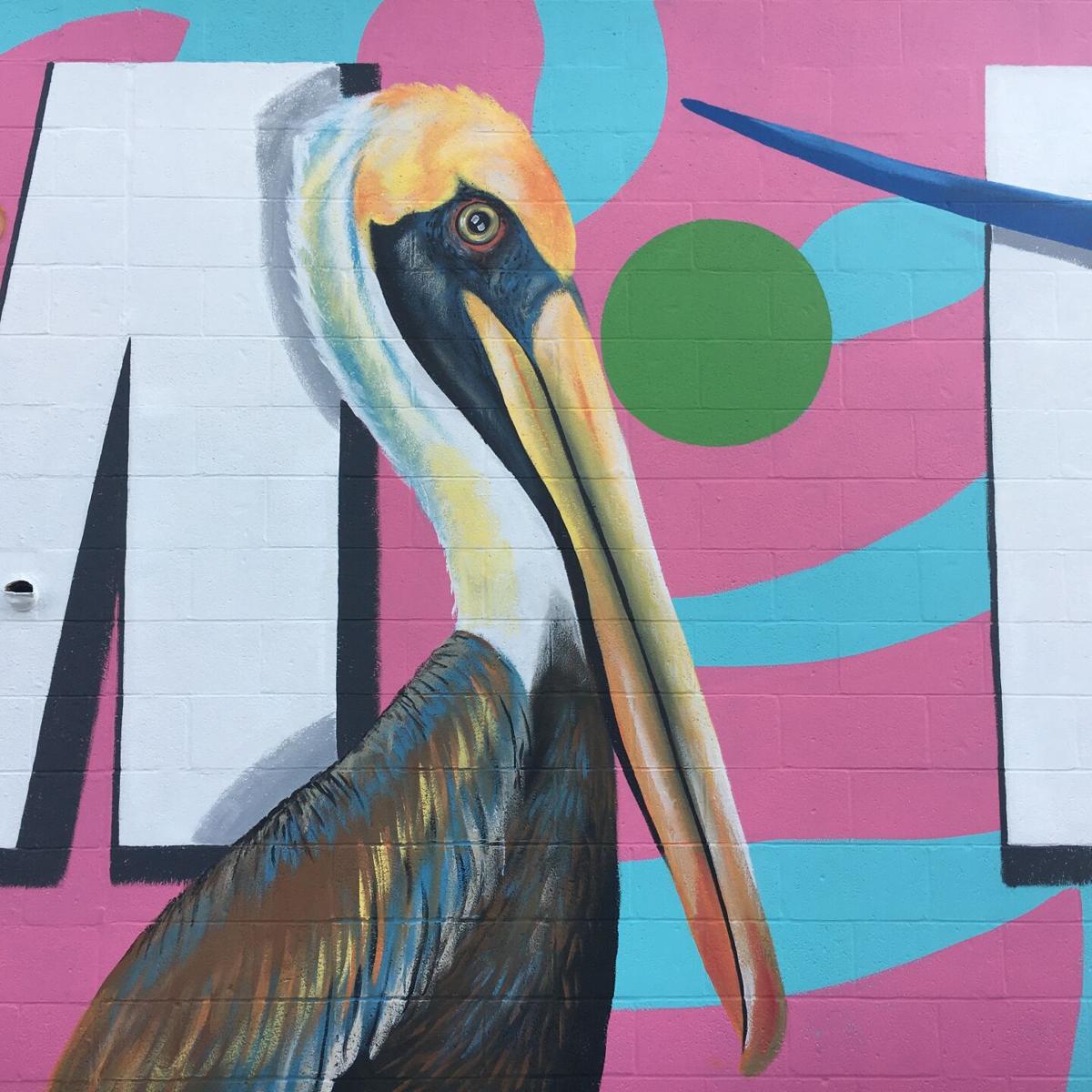 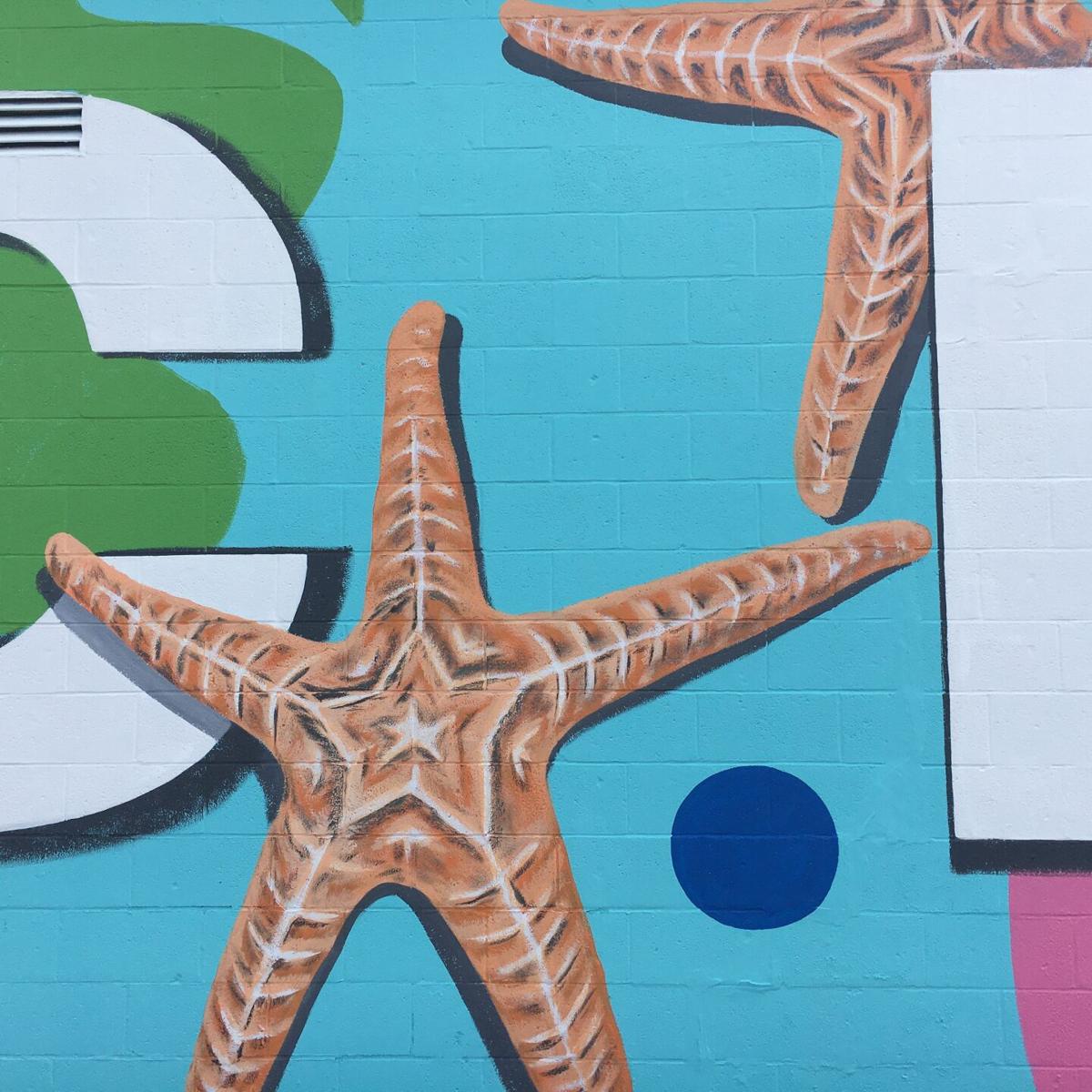 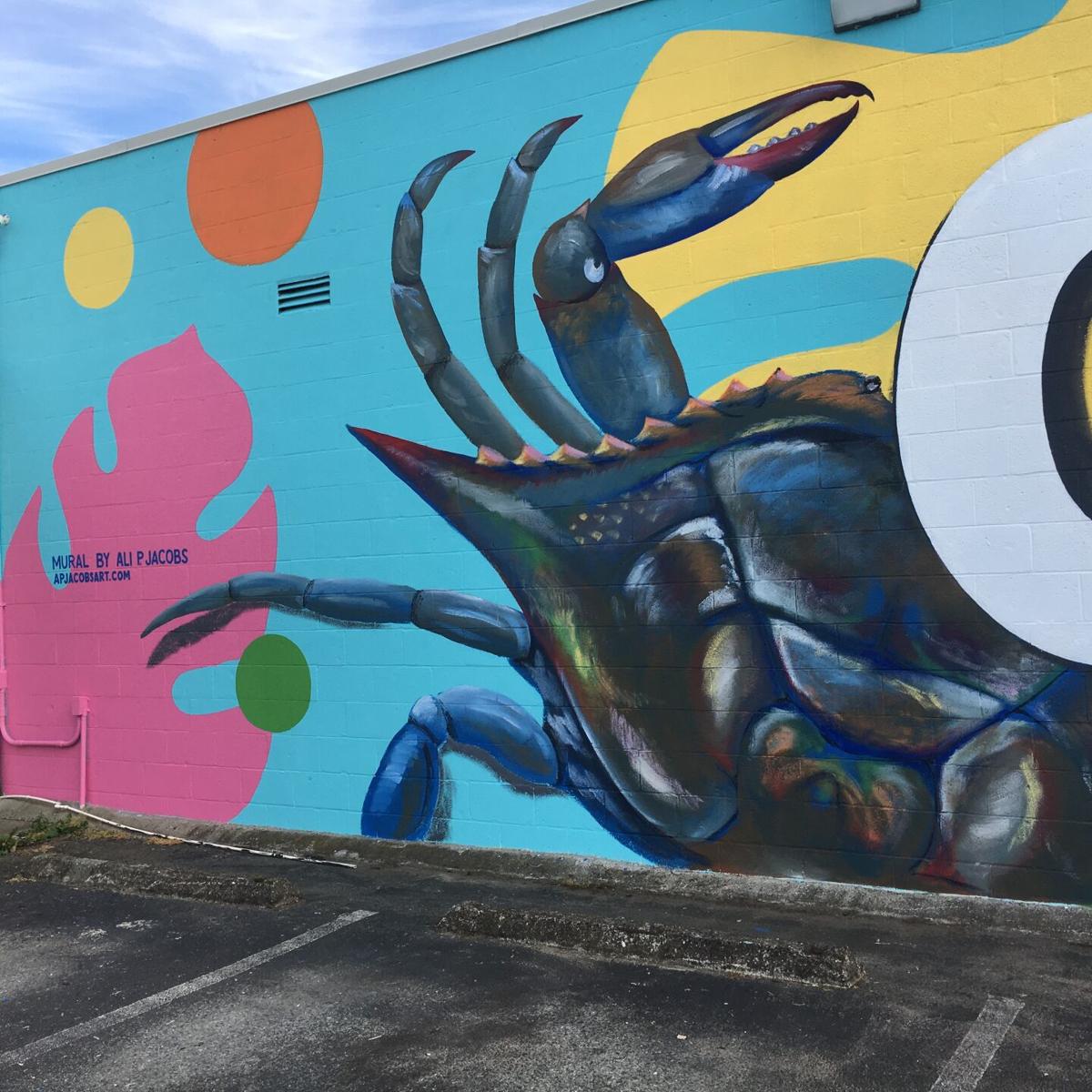 Artist Ali Jacobs poses in front of a new mural she painted on the side of a shopping center on 15th Street.

A new mural on the side of a shopping center on 15th Street depicts a colorful, beachy scene.

Patrons at Layton’s Family Restaurant on 15th Street in Ocean City have something new and colorful to look at while enjoying their meals.

Local artist Ali Jacobs, whose work is peppered across the resort, recently completed an 86-foot long, 13.5-foot tall beach-themed mural on the side of a multi-tenant shopping center on 15th Street. And customers at Layton’s have a front row seat to view it in all its glory.

“Those who live nearby, who regularly walk/bike near the wall are so happy to see the mural,” Jacobs said via email last week after putting the finishing touches on the public art piece.

“Layton’s Family Restaurant, which has a frontal view of the mural, is also happy to have the artwork— both for customers as well as staff to look at,” she continued. “Tourists visiting the 15th street shopping center and who have just driven by have stopped to take photos with the mural throughout its progress. The actual responses we have been getting is a sense of appreciation for a part of downtown being improved and beautified.”

The mural depicts a fun, beachy scene complete with a large marlin, a big blue crab, starfish and a pelican in front of a bright, bold, colorful backdrop with “OC MD” written in chunky white letters.

Jacobs said she used exterior latex and heavy duty acrylic paint to complete the work and that it took about a week to finish.

Tenants in the shopping center include Crab Stop, Asian Garden, Coastal Market, E-Point and Giorgio’s Pizza. Jacobs said the owner of the shopping center, the Russo family, sponsored the bulk of the work and that T.C. Studios Arts & Entertainment Group — which Jacobs runs with her husband — donated some money as well toward its completion.

Jacobs has completed other projects around Ocean City, including murals for the Monte Carlo Hotel, Bourbon Street on the Beach, Drydock 28, Pit & Pub, Tony’s Pizza, Funcade and more. She also painted the large funky wave mural on Baltimore Avenue/Worcester Street, made themed panels on Dorchester Street, and painted some of the decorated utility boxes that the Ocean City Development Corporation sponsored as part of a public art initiative around town.

Overall, Jacobs said the creation of public art is important to Ocean City, mainly for involvement and appreciation.

“Public art contributes to a greater sense of community, development & cultural understanding,” she said in her email. “With the pandemic being so hard on people’s spirits, and the tension our town experienced last June, we (T.C. Studios) wanted to respond with a positive and colorful message, downtown. We will create, beautify and sustain a downtown arts and entertainment district.”

This story appeared in the printed version of Ocean City Today on June 11, 2021.