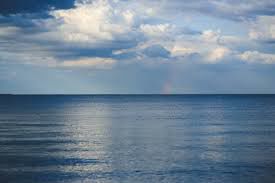 (Aug. 23, 2019) The Ocean City Beach Patrol will hold its inaugural 5K event this Saturday, available to the public as well as surf rescue technicians, on the 40th Street beach, beginning at 8 a.m.

Sgt. Matt Postell, coordinator of the 5K, wanted to replace the original triathlon event, which had been held for 13 years.

“It got so competitive to the point where we weren’t real happy putting people on the course anymore, and so we decided instead to do something a lot more fun and safer,” Postell said.

The event is open to the public. Participants should arrive at 7:30 a.m. in order to get their body marked.

Currently, around 50 to 60 people have already signed up for the 5K. A majority of the participants are surf rescue technicians from the Ocean City Beach Patrol.

The 5K will begin on 40th Street and work its way down to 16th Street. Participants will then turn around and return to 40th Street. A majority of the run will take place on hard, packed down sand and a shorter segment will be on soft sand.

“There’s a portion that’s gonna be soft sand which will take up a quarter of a mile and that’s really just to facilitate the turnaround so that not everyone’s crisscrossing each other’s path,” Postell said. “It also will serve to make it sort of like a crazy adventure running in the soft sand.”

The event takes place during low tide, so the hard sand will be as compact as a regular road, he said. Postell advises amateur runners or anyone who is not on the beach patrol to run with shoes to soften the impact on their joints.

The money raised by the 5K this year will go toward funding spinal injuries research. After the run is completed, there will be an award ceremony for the fastest runners as well as a quick discussion about what the funds will be used for. Additional donations will also be accepted.

Postell is already considering plans for next year’s event, because he wants to ensure more people will participate.

Sunshine and clouds mixed. A stray afternoon thunderstorm is possible. High around 85F. Winds SSW at 10 to 15 mph.