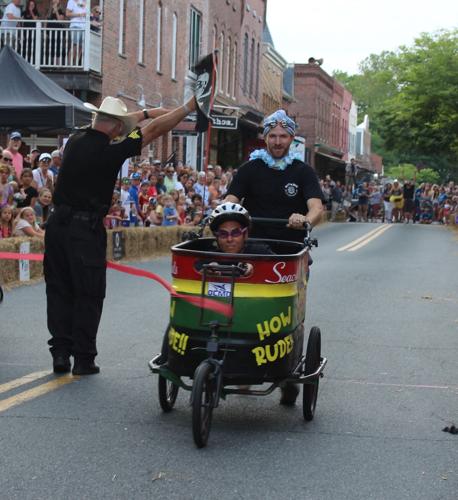 Jake and Lindsay Owens cross the finish line in one of the earlier races of the evening. The duo went on to run the table, finishing undefeated and with the Rubber Duck Trophy in their grasp. 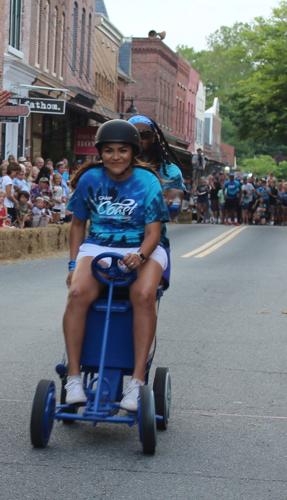 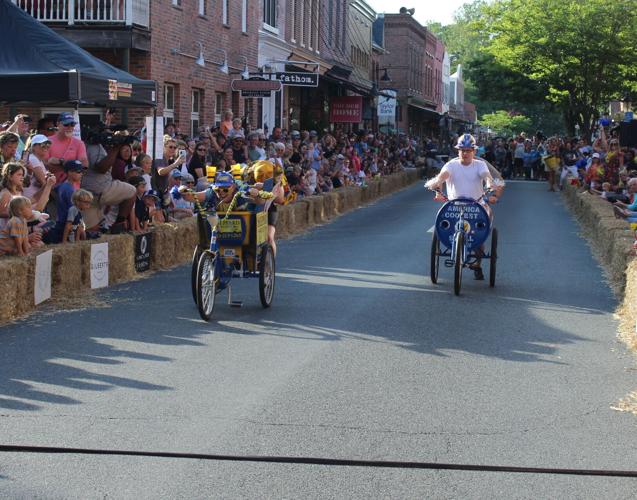 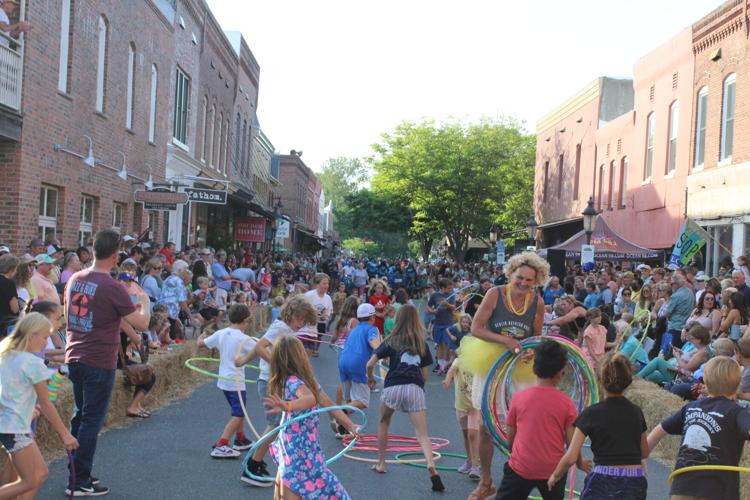 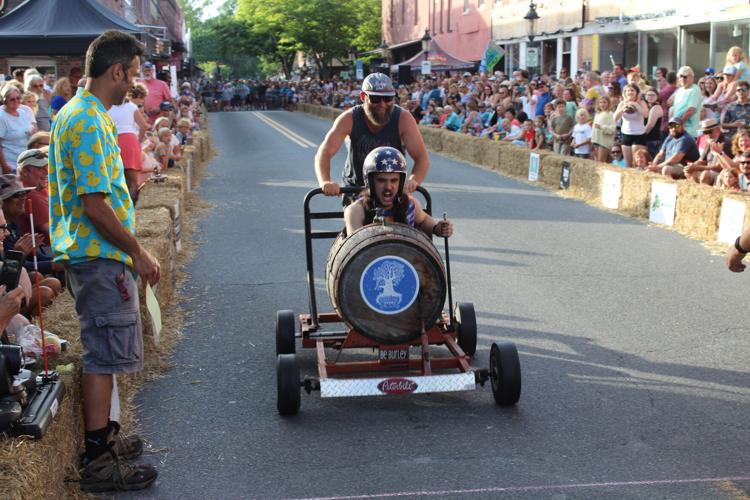 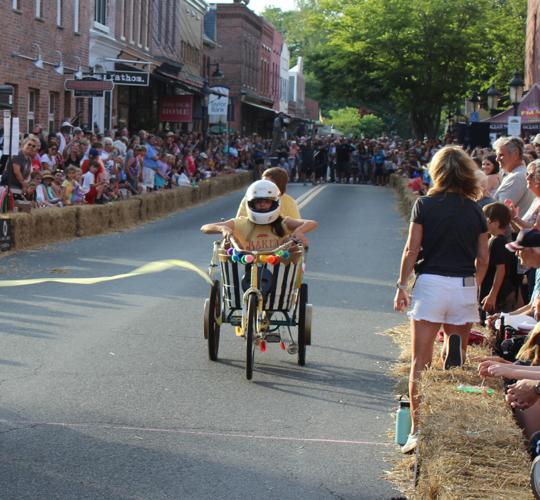 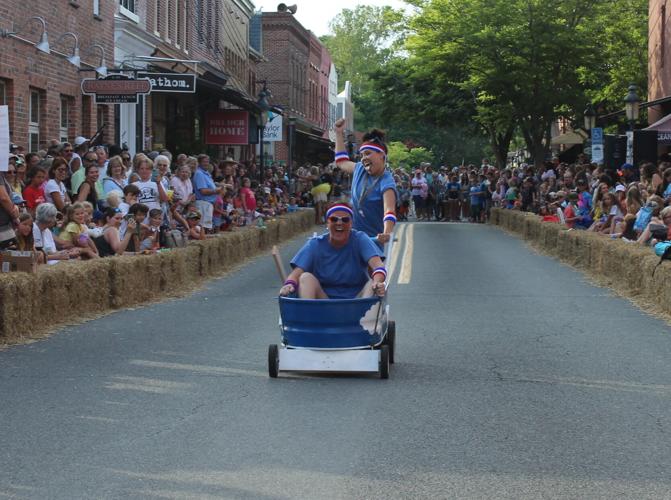 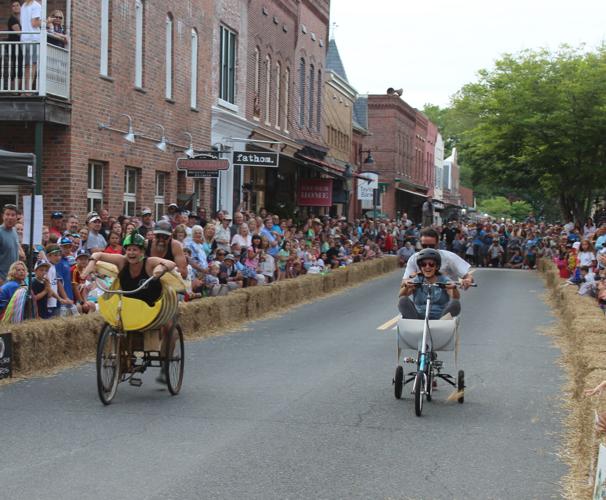 Jake and Lindsay Owens cross the finish line in one of the earlier races of the evening. The duo went on to run the table, finishing undefeated and with the Rubber Duck Trophy in their grasp.

The 32nd annual and first-televised Berlin Bathtub Races did not disappoint on Friday.

As usual, hundreds of spectators filled the Main Street corridor between Commerce Street and Stevenson Lane as a dozen-plus teams donned greased-up DIY vessels for a chance to secure the prestigious Rubber Duck Trophy.

In the end, Ocean 98’s Lindsay and Jake Owens prevailed over defending champs Camp Coast and the fearsome duo of Ally Hernandez and Derek Jarmon.

“Exhausted, absolutely exhausted,” said Jake Owens between deep gulps of air, seconds after crossing the finish line. “(I was thinking) one more race, just one more. That’s all I needed. I didn’t want to do two, couldn’t make it through two.”

The Ocean 98 team went wire-to-wire on the evening, not dropping a single race. Had Ocean 98 lost the race to Camp Coast, who had already lost once, the teams would have had to face off a second time to decide the champion in the double-elimination event.

All around, the event was a complete success. For the first time, the races were on television throughout the Delmarva region, brought to viewers by WBOC’s Delmarva Sports Network.

“It was a spectacular turnout,” said Ryan Nellans, executive administrator for the Berlin Chamber of Commerce. “(The TV cameras) had a blast. My wife and I as we laid down to go to sleep, brought up the live broadcast that was still available. We were cracking up. Great job. They were hilarious and engaging — couldn’t ask for more.”

Nellans said profits were booming as well, as all but maybe a dozen T-shirts did not get sold during the event.

“Which is crazy because that means 11 dozen shirts were sold,” he said.

This story appears in the print version of the Ocean City Today on June 17, 2022.

Berlin Bathtub Races back for 32nd rendition on Friday

Teams will once again be vying for the coveted Ruberduck Trophy at the 32nd annual Berlin Bathtub Races on Friday. A parade will precede the race at 6 p.m.