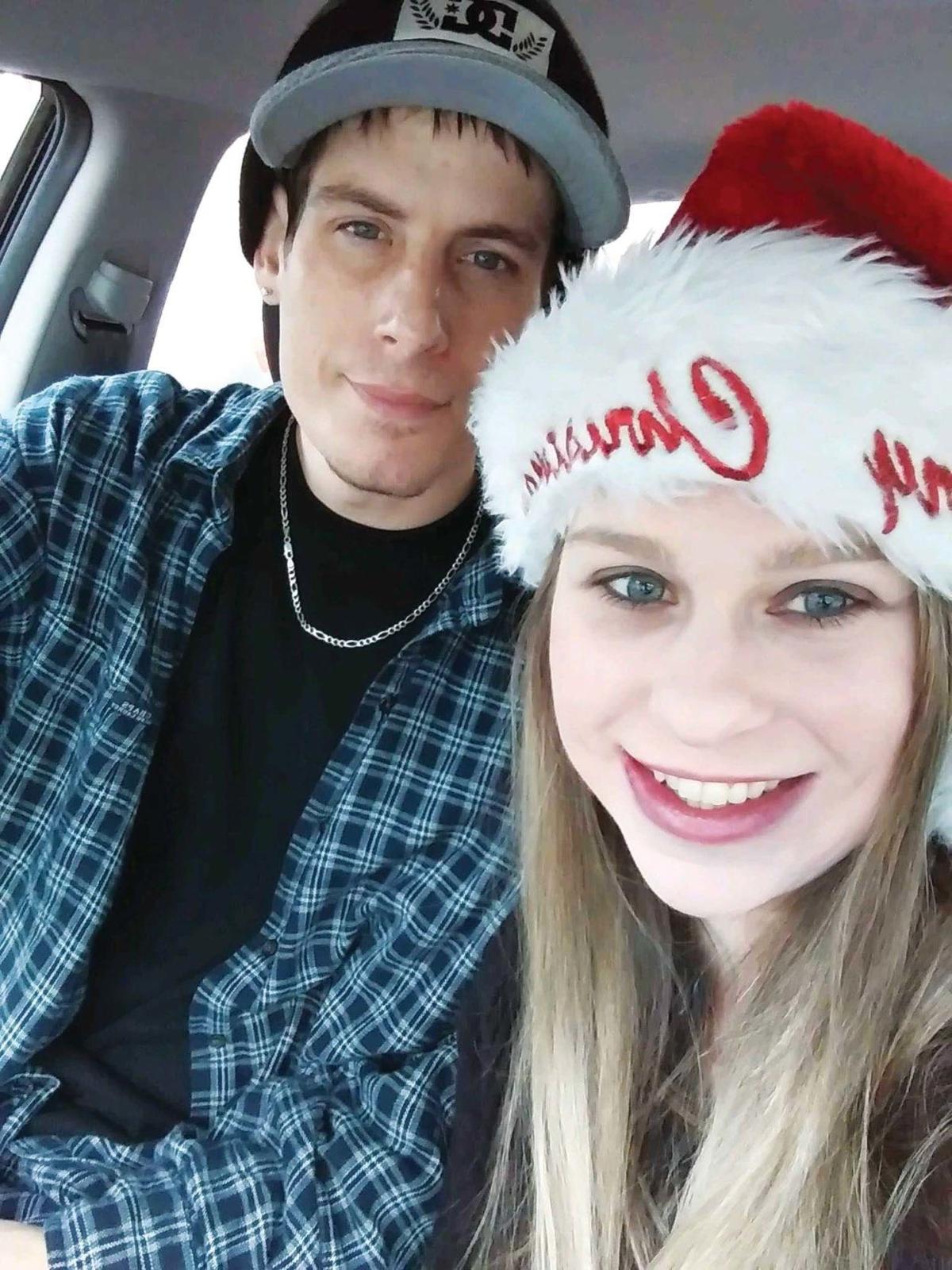 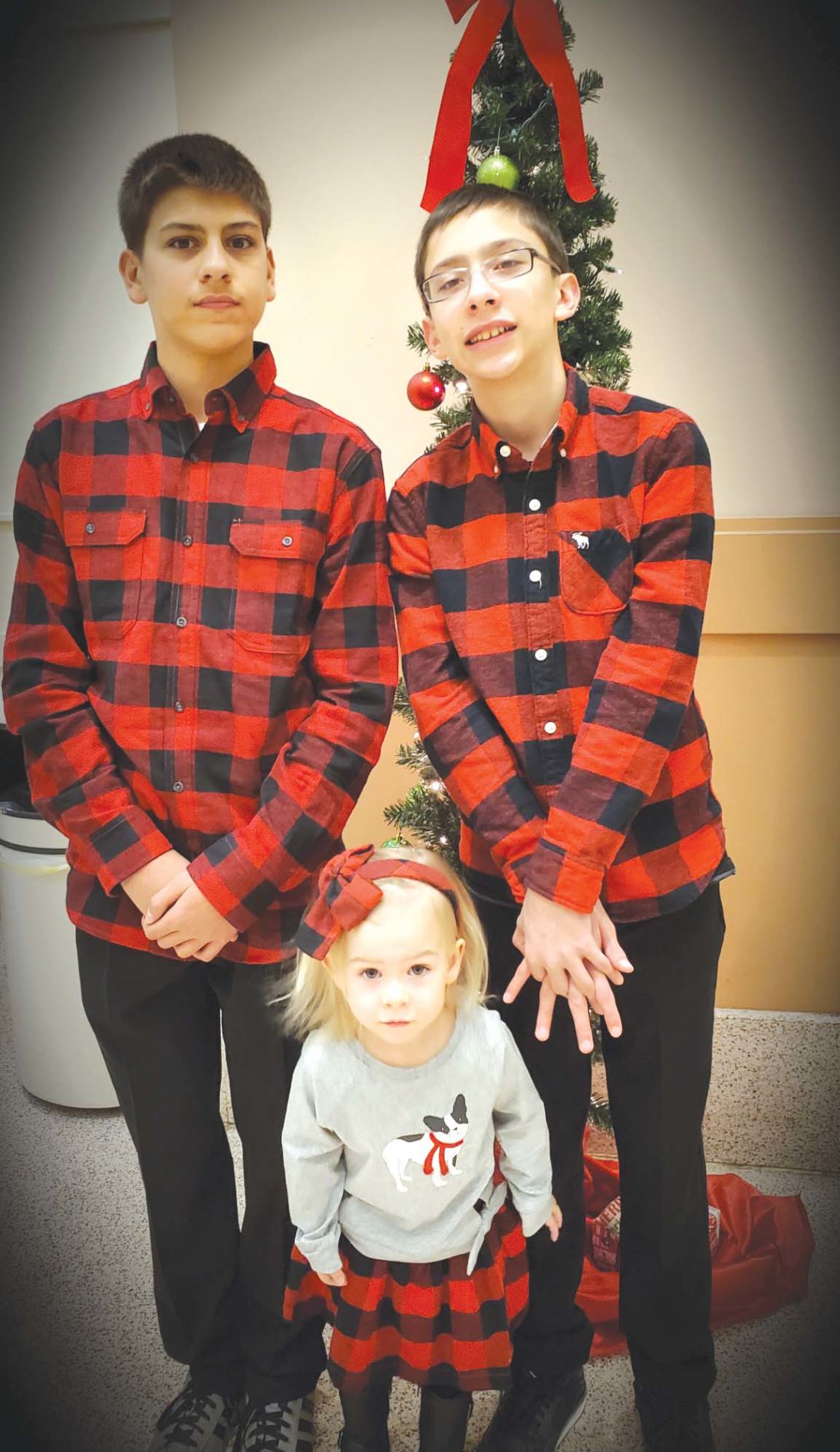 Stapleton’s children, from left, Carlos, 15, Josh, 13, and Kayla, 3, helped them buy, pack and decorate stockings, which were filled with necessities like lotion, packs of tissues, toothbrushes, toothpaste, mouthwash and deodorant as well as candy canes and snacks. 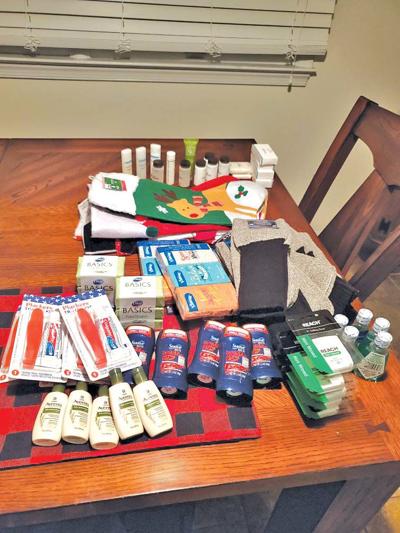 (Jan. 3, 2020) The spirit of giving was exemplified this holiday season when an Ocean Pines family spent Christmas Eve and day giving gifts to the homeless in Ocean City.

Michelle Stapleton and her fiancé, Daniel Szimanski, wanted to set an example for their three children – Carlos, 15, Josh, 13, and Kayla, 3 – and help those who are “overlooked and forgotten.”

“I believe in random acts of kindness,” Stapleton said. “It feels like as if [the homeless] don’t exist around here, but I know that they do exist. I do see them and just want to spark some kindness around …  just give them some love and kindness and let them know that they’re thought of and we care about them.

“I wanted to teach my kids about acts of kindness,” she continued. “I want them to look beyond the materialism and just to do something kind. I’m just one person, but there has to be more for us to do as a community.”

This is not the first time Stapleton and her family have giving to the homeless. The tradition began in her original home of Glen Burnie, Maryland, in 2016.

This year, three years after the family moved to Ocean Pines, they knew they had to continue helping in Worcester County.

Stapleton and her fiancé asked for help on Facebook to find out where the homeless tend to reside throughout the resort, discovering many hung around various bus stops, McDonalds and Burger King and a few other locations.

The gifts provided included toiletries such as toothbrushes, floss, deodorant, mouthwash, socks, lotion, candy canes and nonperishable snacks like nuts, as well as homemade Christmas cards made by her children. The gifts were handed to them in festively designed stockings.

The cards said, “You are important. You matter very much and we love you.”

One man was hanging around Burger King on Christmas Eve and had difficulty speaking, but was so touched he managed to say, “Thank,” Stapleton said.

“He had all his worldly possessions tied up to his bike outside … I went and I gave him the stocking and the card, and then I went back to the car and something in my heart told me it didn’t feel like enough. So, I bought him a meal.”

Stapleton and her family do not offer help only during the holidays, but throughout the year. The family regularly donates their old clothing and food to homeless shelters and churches in the area. But the holiday season seems more important since it is a time meant to be spent with family and loved ones.

Stapleton appreciates the work that homeless shelters like Diakonia and local churches provide to help the less fortunate in the community.

“I don’t like the word ‘homeless,’” she continued. “I really just want to say, ‘Down on your luck,’ because honestly, we’re all a step away from there. Who wants to be alone on Christmas Eve? I wanted them to know that they’re loved because I do really love people.”

More importantly, Stapleton wants to encourage people to help the homeless however they can, whether they are part of a church organization or not.

“We went into Wawa and … talked to the cashier and she’s like, ‘Wow, what church are you from or what organization?’ I’m like, ‘We’re not part of an organization. We’re just a family just going out and trying to spread some love and kindness and holiday cheer,’ and they’re like, ‘Wait a minute, what?’ They expected us to be part of something and you don’t have to be a part of something to help others.

“Show humanity,” she continued. “Just be humble and show kindness. My kids are the future … the next generation, and I want more love in this world. The only way to do that is by teaching. Anything can make a difference in the lives of others.”

Cloudy and damp with rain early...then becoming partly cloudy. Low 44F. Winds SW at 10 to 20 mph. Chance of rain 90%. Rainfall around a quarter of an inch.

Cloudy and damp with rain early...then becoming partly cloudy. Low 44F. Winds SW at 10 to 20 mph. Chance of rain 90%. Rainfall around a quarter of an inch.