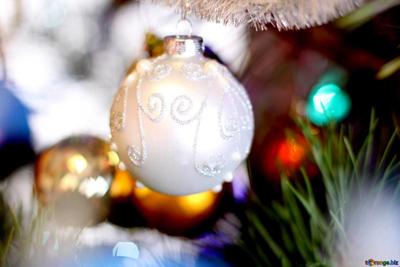 (Dec. 6, 2019) Two fundraisers for local children’s charity Believe in Tomorrow will be held tonight and Saturday at Pit & Pub and Dry Dock on 28th Street, and Seacrets on 49th Street, respectively.

There will be a competition between Steelers and Ravens fans during the second annual Game of the Week, held tonight, Dec. 6, at Dry Dock and Pit & Pub on 28th Street.

Fans of either restaurant or sport teams will be able to vote for their favorite bars from 6:30-10:30 p.m. The bar that raises the most money will be named the winner. The event is free to attend.

“There’s always that little bit of competition between Steelers and Ravens, so we thought we’d capitalize on it,” Believe in Tomorrow Respite House Coordinator Wayne Littleton said. “They were both very gracious … hopefully, it will be a good, friendly competition.”

Pit & Pub owner Steve Hoffman and Dry Dock owner Doug “Buxy” Buxbaum are looking forward to the competition, with both eyeing the prize.

“We’ll be the winner,” Buxbaum said. “In all honesty, the big winner is Believe in Tomorrow and that’s what we want. We’re encouraging all our friends and families to come out and help boost it. We want to win the bragging rights, but it all goes to a great cause. We are encouraging people to go back and forth across the street and hopefully they’ll come over to our side and stay on our side.”

“We’re better than Buxy’s,” Hoffman said laughing. “It’s more than just Ravens and Steelers [though] … I think everyone will be out to support the Children’s House. I think the people around town go to a lot of Believe in Tomorrow events that follows what Wayne does and are aware of what he’s doing and that we support him.”

Buxbaum, who owns the Steelers bar, is looking forward to competing against Pit & Pub, the Ravens bar.

“This is an opportunity to do something for [Wayne] and get his prom king and queen kickoff going and have a nice competition to find out which side of the street does better,” he said. “The big picture is having fun and taking care of a great organization and hopefully some great Steelers fans will come out on top.”

According to Hoffman, Dry Dock might have the capacity advantage, but not the winning streak.

“Win or lose, it doesn’t matter which side actually wins because Believe in Tomorrow wins 100 percent,” he said. “But, it would be nice to just smile at them and wink and say, ‘Hey, gotcha again.’”

Each bar will contribute a portion of their cocktail sales to Believe in Tomorrow and there will be auction items displayed in both restaurants as well as mystery boxes for $10 each, raffles and members of the Believe in Tomorrow Prom Court will also be in attendance raising money for their campaigns.

Guests can purchase as many chips as they want to vote for their favorite bar. There will also be penalty chips available for purchase to take points away from the opposite bar. Participants are also encouraged to wear their favorite Steelers or Ravens gear, Christmas attire, or even a combination of the two.

“I’m hoping this will become an annual tradition between the two places,” Littleton said. “Hopefully, people will just come out and have fun and celebrate the holidays.”

The third annual Magic of Christmas event will be held at Seacrets on 49th Street this Saturday, Dec. 7, from 2-5 p.m. This free event will feature an ugly sweater contest, a chance to meet Santa and his elves, raffles and various children’s activities such as face painting for a small fee.

“The good thing is it’s after the Ocean City Christmas parade,” Littleton said. “Families don’t have to spend any money. They can come in and just do crafts.”

Around 100 children and their families participated in the activities last year.

Members of the Believe in Tomorrow Prom Court will have tables set up to raise money for the competition, which ends early February.

Pictures with Santa can also be taken for a small fee, but the event is mostly just a place for families to have free, quality time together.

Seashell City is donating sand dollars to make festive ornaments. Seacrets will offer food and drinks throughout the event.

“Seacrets is a great host,” Littleton said. “They play Christmas movies on their big screens in Morley Hall … it’s all about the holidays. It’s just fun.”

The ugly sweater contest is a fan favorite, Littleton said.

“We have a gentleman who comes in who says it’s his most favorite event,” he said. “He decks out for the Christmas ugly sweater contest … he wins it every year.”

Believe in Tomorrow will also hold a Santa breakfast at the Residence Inn by Marriott on 61st Street, Saturday, Dec. 14, from 9 a.m. to noon.

Children and their parents can enjoy a hot breakfast buffet provided by the hotel and take photos with Santa. There will also be baked goods for sale, raffles and prizes for wearing the most festive pajamas.

The Believe in Tomorrow facility on 66th Street has four condos that feature kid-friendly décor and paintings with at least two bedrooms, a full bathroom, a fully-stocked kitchen, living and dining room areas.

Families can also vacation at the Believe in Tomorrow House in Fenwick Island, Delaware, and House by the Bay on 28th Street in Ocean City. By the end of 2020, a new respite facility is expected to be completed on 65th Street.

Learn more about Believe in Tomorrow at http://believeintomorrow.org or call Littleton at 410-723-2842.

Rain ending this evening. Partial clearing overnight. Low 44F. Winds SW at 15 to 25 mph. Chance of rain 100%. Rainfall near a quarter of an inch.