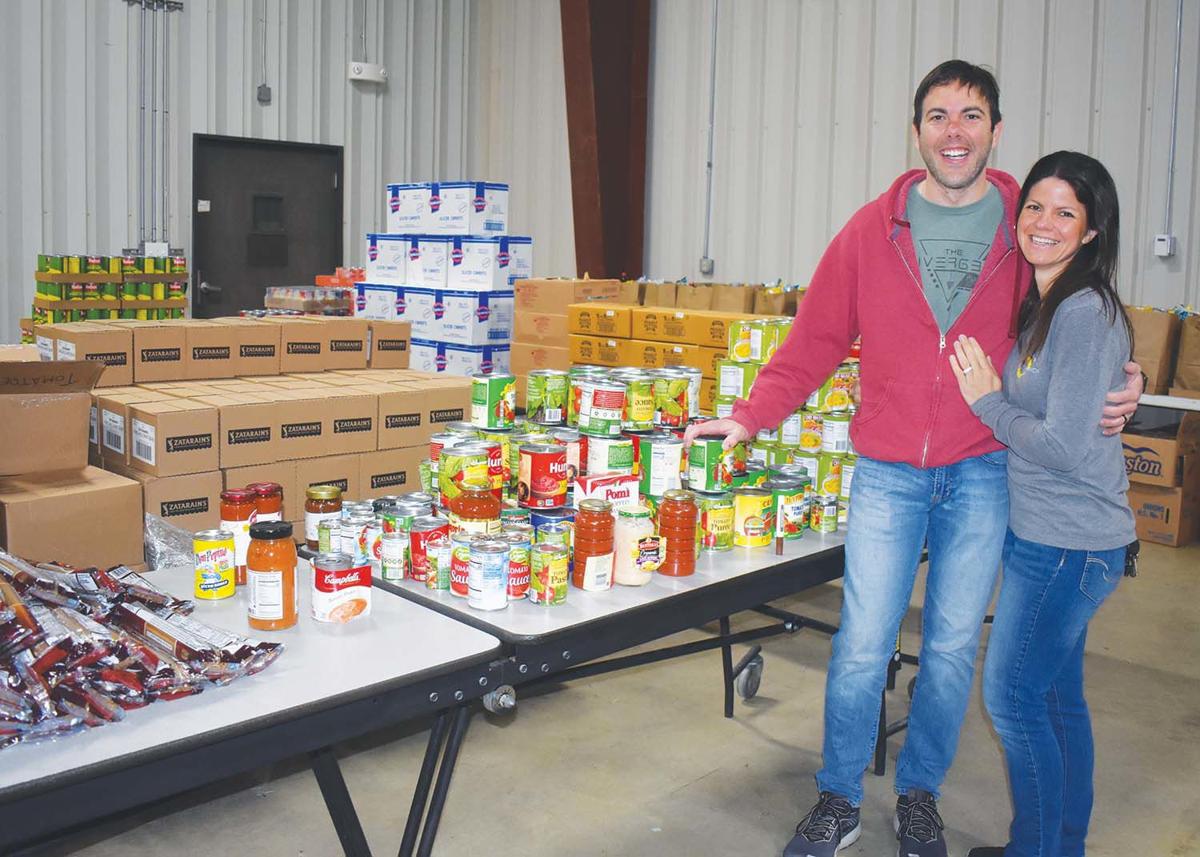 Pastor Tim Robinson and his wife, Alana, display the array of food to be bagged and sent out to families in need inside SonRise Church in Berlin on Tuesday, April 7. 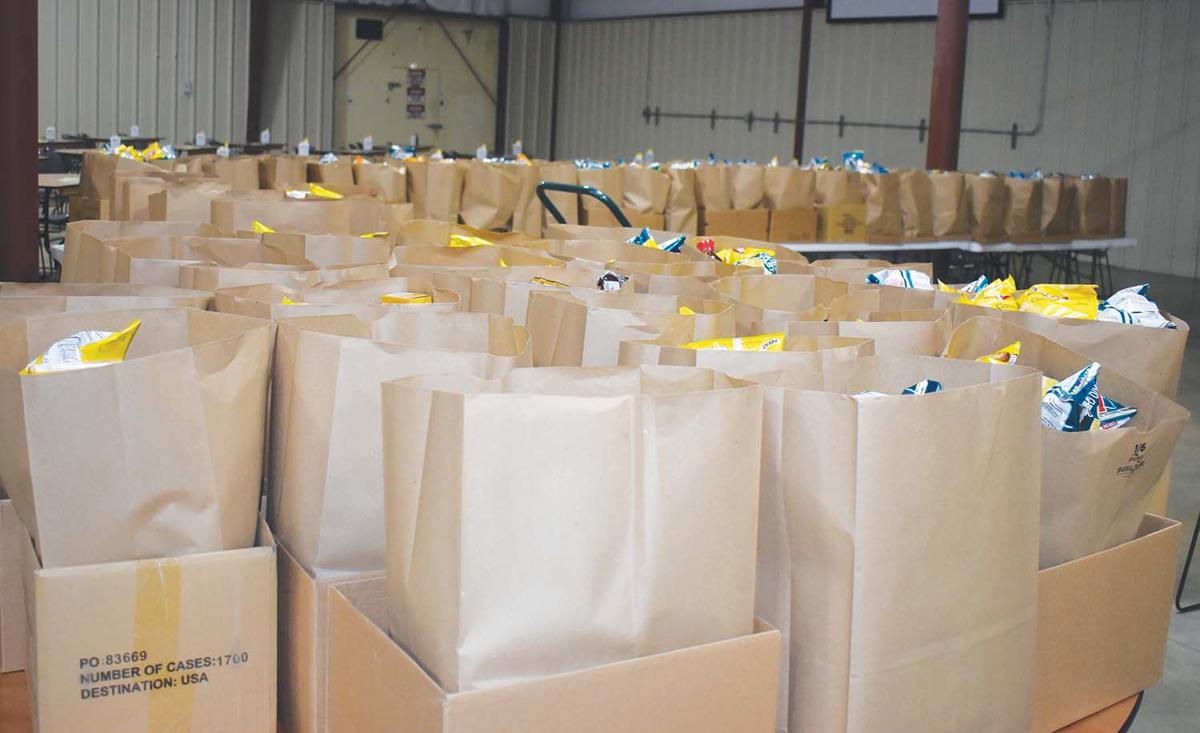 Hundreds of bags are prepared in advance for people who have requested meals from SonRise Church Storehouse, which receives a majority of its items from the Maryland Food Bank. 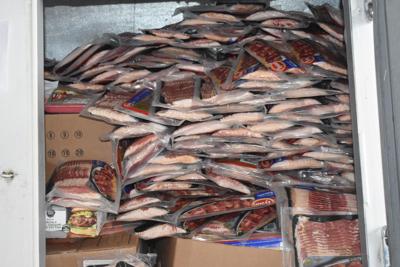 (April 10, 2020) SonRise Church in Berlin has been providing meals for the community for several weeks, and now, it has officially become its own food distribution hub.

The church, located at 10026 Main Street, has opened the SonRise Storehouse, which offers nonperishable foods like pasta, rice, beans, peanut butter, chips, canned meats, fruits and vegetables, in addition to frozen meats, such as chicken, beef, ham and bacon.

During its first week in operation, the church received 5,000 pounds of chicken from Mountaire Farms in Delaware.

“We have so much food here and it’s all free,” Pastor Tim Robinson said. “We want to help out anybody who’s in need at this time.”

A family of four can receive a five-pound bag full of nonperishable items as well as a 10-pound bag of meats, he said.

“If we have a five-member family or more, they get two bags of groceries and meat as well,” Robinson said. “People have been just blown away by the amount that’s been given. ‘This is all mine?’ is some of the responses I get, and, ‘Are you serious? We get all this?’ You absolutely do.

The church is also in a partnership with the Maryland Food Bank, which is where it purchases a bulk of its supplies to be given to those in need. The remainder is donated by members of the community.

Currently, the church is involved with three meal programs.

The first is a collaboration with multiple local businesses in Worcester County to provide food for children who depended on school meal programs (called the backpack program).

The second is a ministry called Sharing the Harvest, which is a food truck-based program. SonRise Storehouse is the third operation conducted by the church since the pandemic began.

The SonRise Storehouse is providing meals for the community through appointments set up online at https://sonrisechurch.ccbchurch.com/goto/forms/840/responses/new.

Appointments are made every 10 minutes, Tuesdays through Saturday with morning times from 10 a.m. to noon and evening slots from 5-7 p.m.

So far, the response has been overwhelming, Robinson said.

“It’s just incredible to see how much that God has provided through the Maryland Food Bank and through other donations from the community,” he said. “It’s just been astounding.”

Through the backpack program, the church has given out around 200 bags, he said.

The SonRise Storehouse, which opened April 1, has provided 1,120 meals, with an overall count of 8,240 meals for all three ministries.

“I think the need is great, especially because we have so much here to give people who are especially at risk or have lost their jobs or are out of work,” Robinson said. “We ultimately want to fulfill people’s spiritual needs of the church, but we know that doesn’t always happen right away. It’s one of those things where we want people to know that they’re loved.

“I want people to come here because they know we care about them as individuals and as families in our community, that we’re in this together,” he continued.