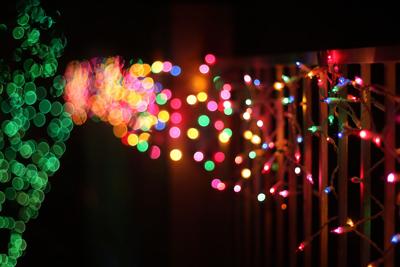 (Dec. 6, 2019) Children can receive a special letter from the North Pole this holiday season by dropping their wish lists, with a legible return address, for Santa in the antique mailbox located in the Ocean City post office on 71st Street.

Pam Hammond, a longtime clerk at the post office who recently retired after 29 years working there and seven Christmas seasons responding to letters as Santa Claus, has passed on the baton to Lauren Colb.

“I’m excited, and a little nervous because I’ve never done it before. They’re still filling me in on what I need to do,” Colb said.

Last year, around 80 letters were sent out by Hammond.

With Christmas just over two weeks away, approximately 10 letters have been collected, Colb said.

“It’s a learning curve too, because some kids don’t know how to fill out letters when they come in,” she continued. “[Some people] don’t know where to put the addresses on the envelopes.”

Figuring out the ages of children was important to Hammond, who credited being a grandma for helping her with the project.

Hammond received letters from at least a dozen children who have written Santa the past couple years. She always kept previous letters in order to mention what they wrote about or asked for in the past.

Colb wants to continue running the Santa project the way Hammond did.

“I want to follow in Pam’s footsteps,” she said. “When I was a kid, I was so excited about getting a letter back from Santa, so I just want to return the gesture to the kids.”

If a child drew a picture or their handwriting improves, Hammond would highlight these points. Santa’s letters are written on special paper and are signed with a red marker. In addition, the reply letters are given the same holiday rubber stamp on the back of each envelope, which Hammond received from a child a few years ago.

The Dunes Manor Hotel on 28th Street has been providing children with special paper and collecting Santa wish lists for the post office once again this year.

Ocean City Postmaster Dan Woods said the tradition has been held by the postal service for more than 100 years.

“There’s an Operation Santa that [the United States Postal Service] started in 1915, so they’ve been doing that ... but letters for Santa goes back all the way to the 1800s,” Woods said.

Woods recommends letters be sent no later than one week before Christmas in order to receive a letter in time for the holiday, though priority mail can be sent in as late as Friday, Dec. 20. Letters written by area residents can expect a letter back within one or two days.

Santa letters should be placed in the special mailbox inside the 71st Street post office. Letters for Santa dropped in the blue mailboxes around town may not make it to the post office in Ocean City, and must have a return address for a response. The 100-year-old antique mailbox was once on the street and is now decoratively painted for North Pole-bound requests.

Letters should have return addresses and stamps in order to receive a letter back from Santa, Woods said.

“The letters allow people to still believe and it helps the holidays be more enjoyable ... it brings that Christmas spirit,” Woods said.