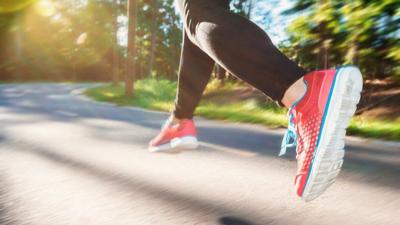 (Nov. 8, 2019) The sixth annual Storm Warriors 5K Run/Walk will kick off this Saturday, at the Ocean City Life-Saving Station Museum, at 9 a.m.

Participants can either run or walk starting from the museum at the southern end of the Boardwalk, to 15th Street and back.

The event is sponsored by OC Tri-Running Sports and is a significant fundraiser for the museum.

“We are delighted with the number of people that come back every year and the new people that we get as well,” Ocean City Museum Society President Nancy Howard said.

Last year, the 5K raised approximately $13,000 for the museum with around 100 participants.

“It went very well [last year] … We were extremely pleased,” Howard said. “It’s important because it does in fact support the museum, but it also gives runners an opportunity to test themselves. This is one of those sanctioned runs where OC Tri-Running monitors their times. It’s not just a get-out-and-run sort of event... serious runners can actually [track] themselves.”

Race registration cost is $25. Participants can register online or day off at 8 a.m. Registration includes a race T-shirt.

A packet pickup will also take place from 8-8:45 a.m. on Saturday. Light refreshments will be provided after the race.

All proceeds from the event will go to the Life-Saving Station Museum for designing exhibits, artifact collection and building upkeep.

The museum has been a staple in Ocean City since 1978 and has been designed for visitors to experience the role of surfmen in addition to the resort’s history. The museum is a nonprofit that primarily receives funding from donations and fundraisers.

Seven years, ago, Howard went to a small museum tourism conference, where she first heard the idea of holding a 5K. When she returned, the Ocean City Life-Saving Station Museum board agreed to host an event.

The museum was built in 1891 and replaced an earlier station house. It housed crew and equipment used to rescue vessels and stranded people off the coast. This station predated the Coast Guard, and men would even live inside the station while they performed their duties, Howard said.

In 1915, the Revenue Cutter Service combined with the U.S. Lifesaving Service to become the United States Coast Guard, and the station was used until 1965. In 1978, the landmark was relocated from Carolina Street to the inlet, Howard said.

“It’s a gem,” she said. “It’s not huge, but everything that’s in there is very specific and very to the point of Ocean City, whether it’s the Coast Guard, the lifesaving service or contemporary Ocean City, like some of the more current stuff from the 1930s, 40s and 50s.”

For more information, visit www.ocmusuem.org or call 410-289-4991. To register for the race, visit http://octrirunning.com.

Partly cloudy skies in the morning will give way to cloudy skies during the afternoon. High 47F. Winds NE at 5 to 10 mph.