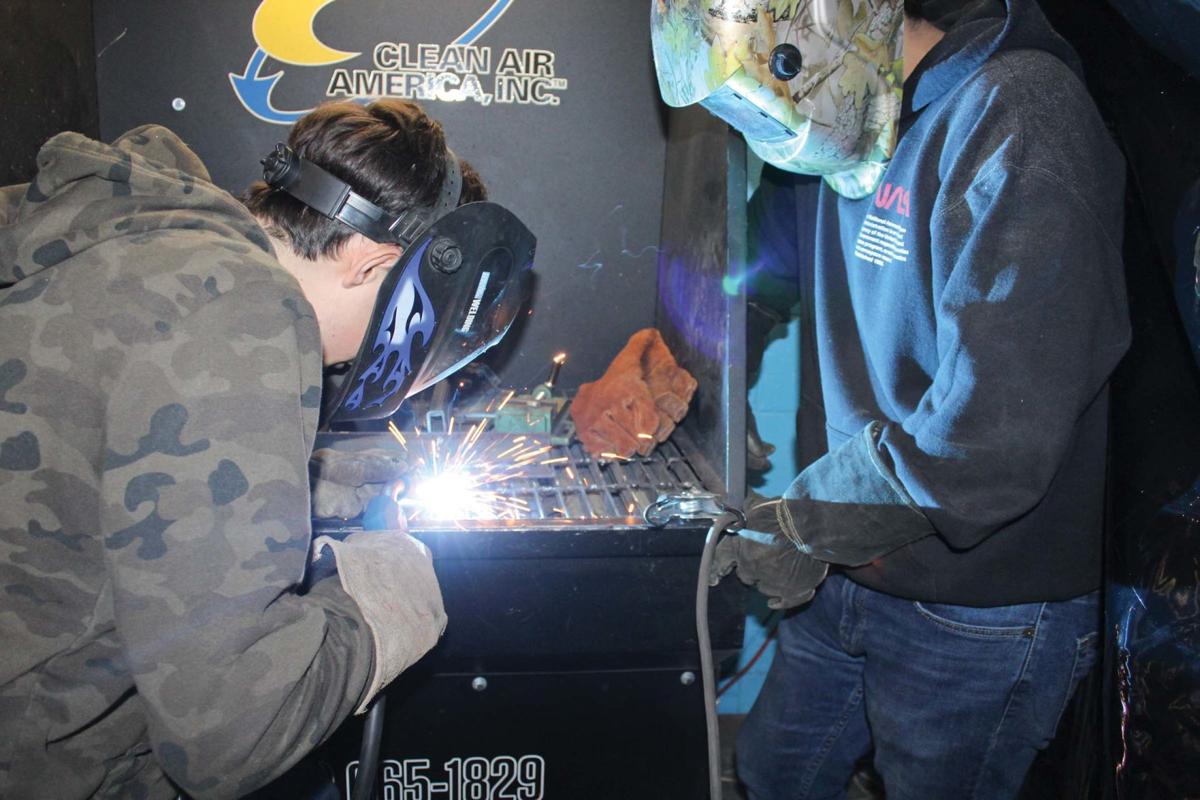 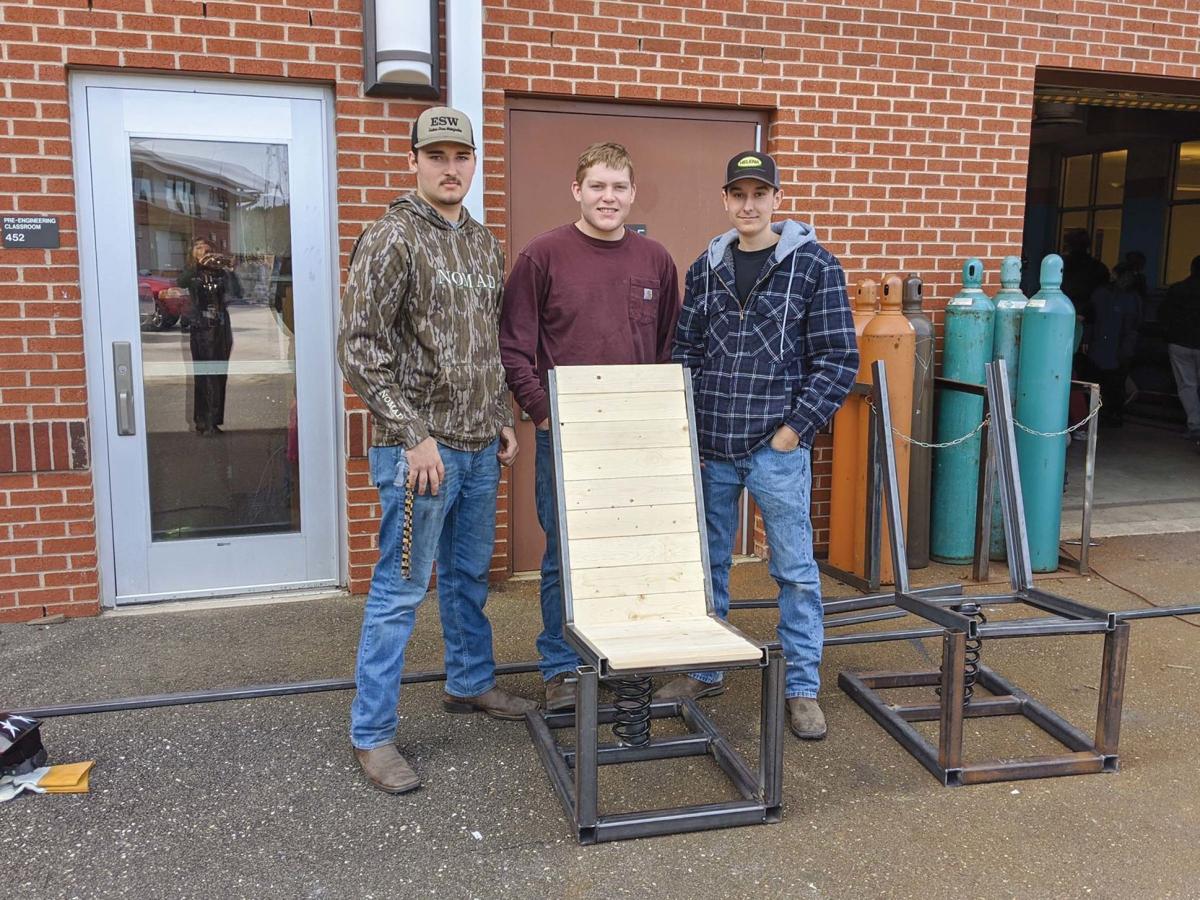 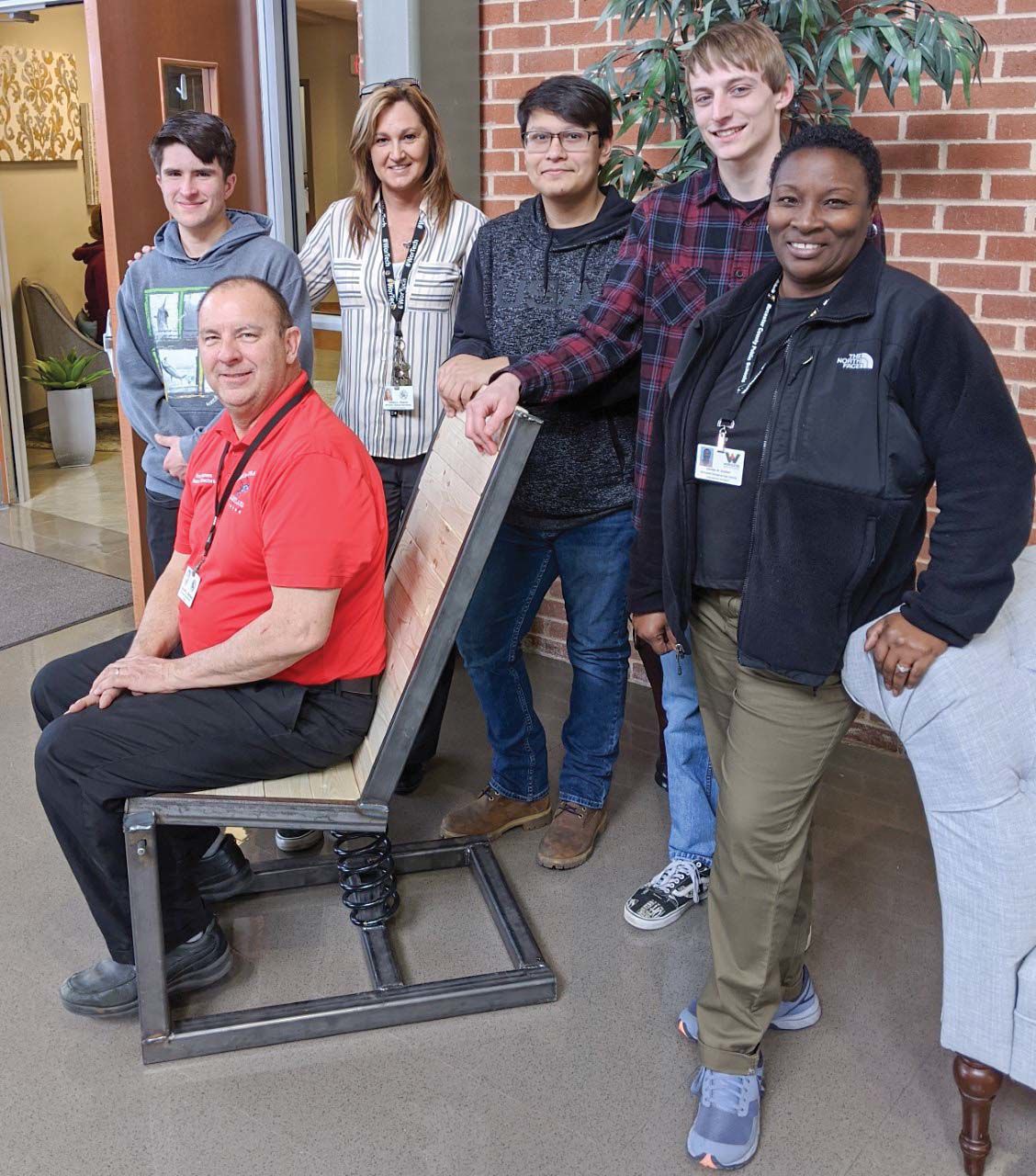 (March 13, 2020) Students put their imaginations to work in the welding shop at Worcester Technical High School in Newark.

“They get to design different projects and once they get the skills to weld, they can go out and build the designs that they’ve come up with as welding projects,” Stephens said.

He said the students have made projects including barbecue grills, fire pits and scooters.

“Just about anything you can imagine, we can make,” Stephens said.

The six-year-old class is so popular that the school had to cut it back to only 30 juniors and seniors. The program was previously a manufacturing class, which Stephens also taught, but there was much more student interest in welding, so the program changed to fit that need.

After completing the one-year program, many students move on to work in welding in the region, such as at Mumford Sheet Metal Works in Selbyville, Justice Welding in Bishopville, Pirate Fabrication and Mobile Welding in Willards and Crystal Steel Fabricators in Delmar.

Some students choose a third semester option and complete an apprenticeship and others choose to attend a trade school after graduation.

“When they do go to trade school, obviously they do a more advanced certifications and things like that, that we don’t offer here,” Stephens said. “They can specialize in what they want, what path they want to go with welding.”

Stephens, who has taught at Worcester for 36 years, thinks the unique part of welding is that the students get to learn a trade and use their imagination at the same time.

“They like that because they come out and build things they never thought they could build,” Stephens said. “They realize it’s a career that can take them through the rest of their life and make a really good living doing it.”

John Grant, a junior at Stephen Decatur High School, said he chose welding because working in trades runs in his family.

“I didn’t know what I wanted to do job wise until I got into the class,” Grant said. “I finally got to use my mind, got to use my imagination, for something I thought was fun.”

He’s also learned more than just welding, since the students are taught how to communicate with each other by collaborating on projects.

“It changes your whole mindset about how you think about everything,” he said.

Grant is getting ready to apply for an apprenticeship in the area.

Grant, along with other students, competed in a SkillsUSA competition at Worcester Tech on Thursday, March 5. Five Worcester teams of three students each competed and the top two will compete at the state competition next month.

Because the competitive welding region for the Eastern Shore is limited to only Worcester and Parkside Career Technology Center, Parkside will send one team to states and Worcester will send two.

Each team received a set of blueprints for a project to build. They had to assign tasks amongst each other and finish the build within a certain time frame.

Kevin Rodriguez, also a junior at Stephen Decatur, was a part of the second-place team and is preparing for the state competition. The competition will be similar, but with a different set of blueprints that the team will not see until states.

He said the team will prepare by perfecting their welds, especially ones they didn’t get right in the last competition.

Aside from the competition, Rodriguez also plans on finding an apprenticeship.

“If you need a job, they’ll find you a job,” Rodriguez said. “[Stephens] knows who to talk to, to find jobs for us.”

Stephens said that his favorite part about teaching welding is seeing the lightbulb go off for students.

The state competition in Baltimore will take place April 17-18. Rodriguez, along with his teammates, Samuel Paulk and Joseph Serpe, a senior and junior at Stephen Decatur, respectively, will compete at states, as well as the team that won last week, consisting of Trevor Hudson, Zeke Dennis and Hunter Powell, all juniors at Snow Hill High School.

This article is part of an ongoing series highlighting Worcester Technical High School programs. The school, located in Newark, Maryland, serves students in grades 9 through 12 enrolled in the three area high schools – Stephen Decatur, Pocomoke and Snow Hill. More than 20 programs are available for study.

The mission of Worcester Technical High School, “a progressive public secondary school which offers students the opportunity to prepare for both the world of work and post-secondary education, is to provide high quality career education and training programs through holistic teaching and learning.”