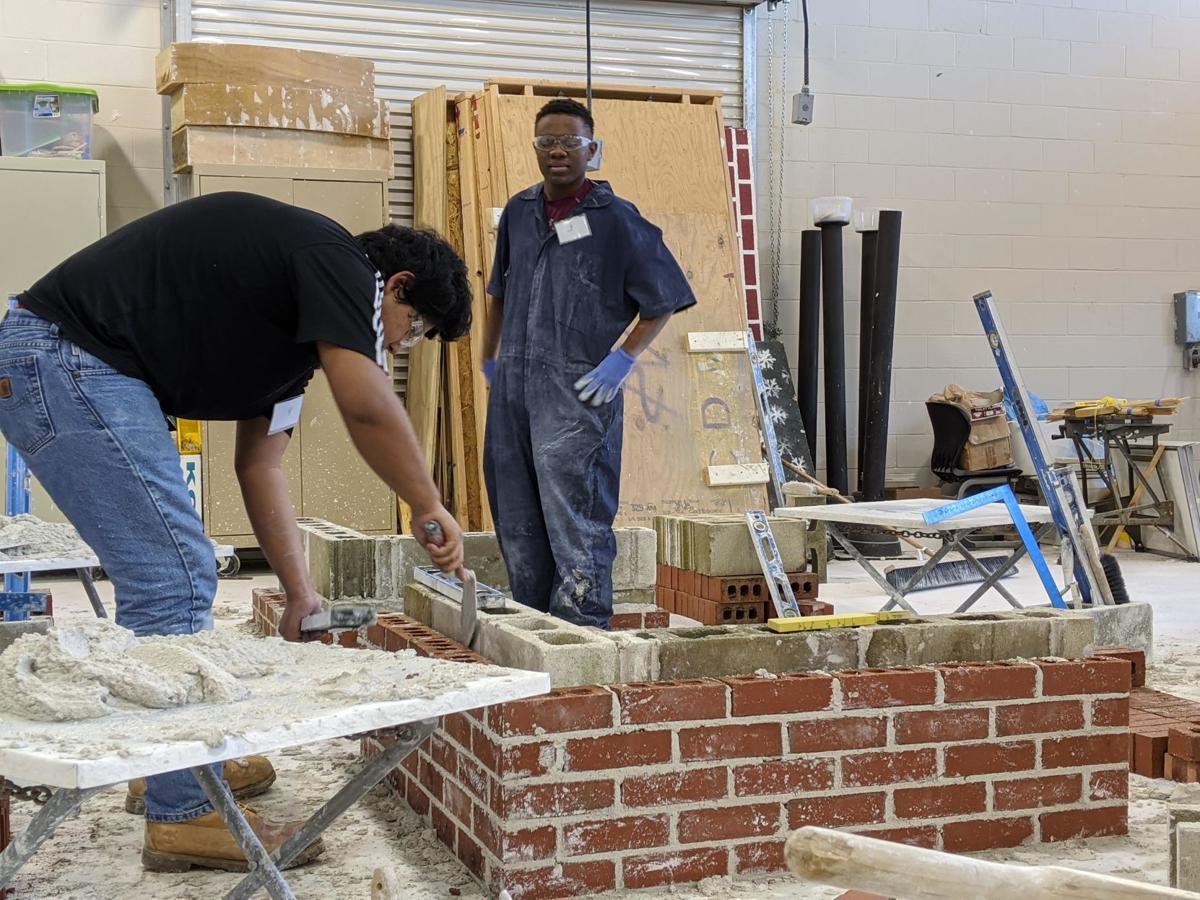 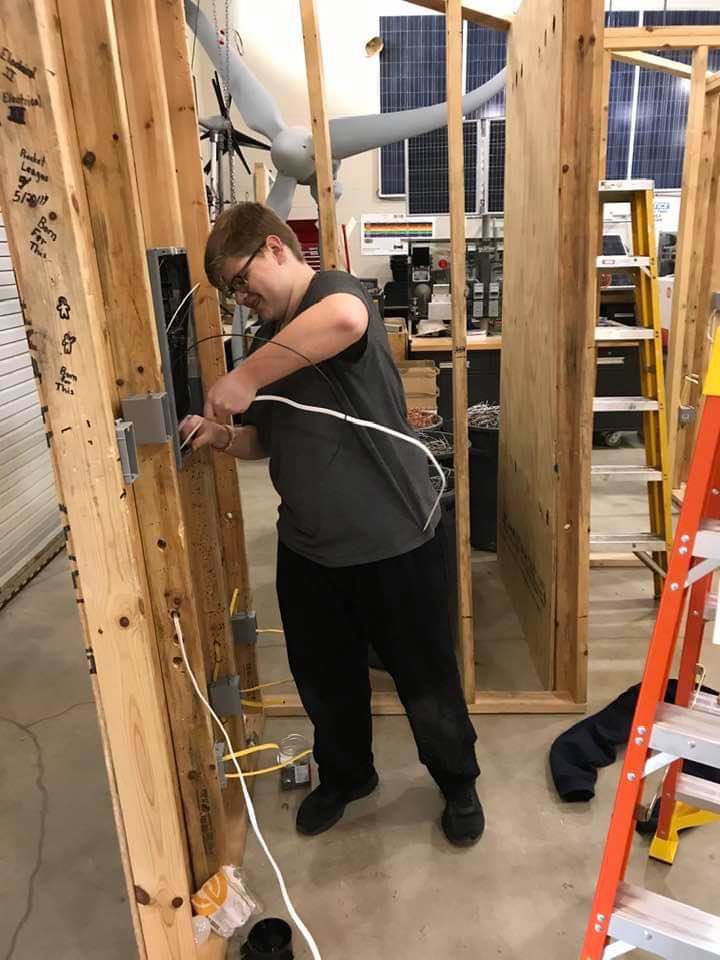 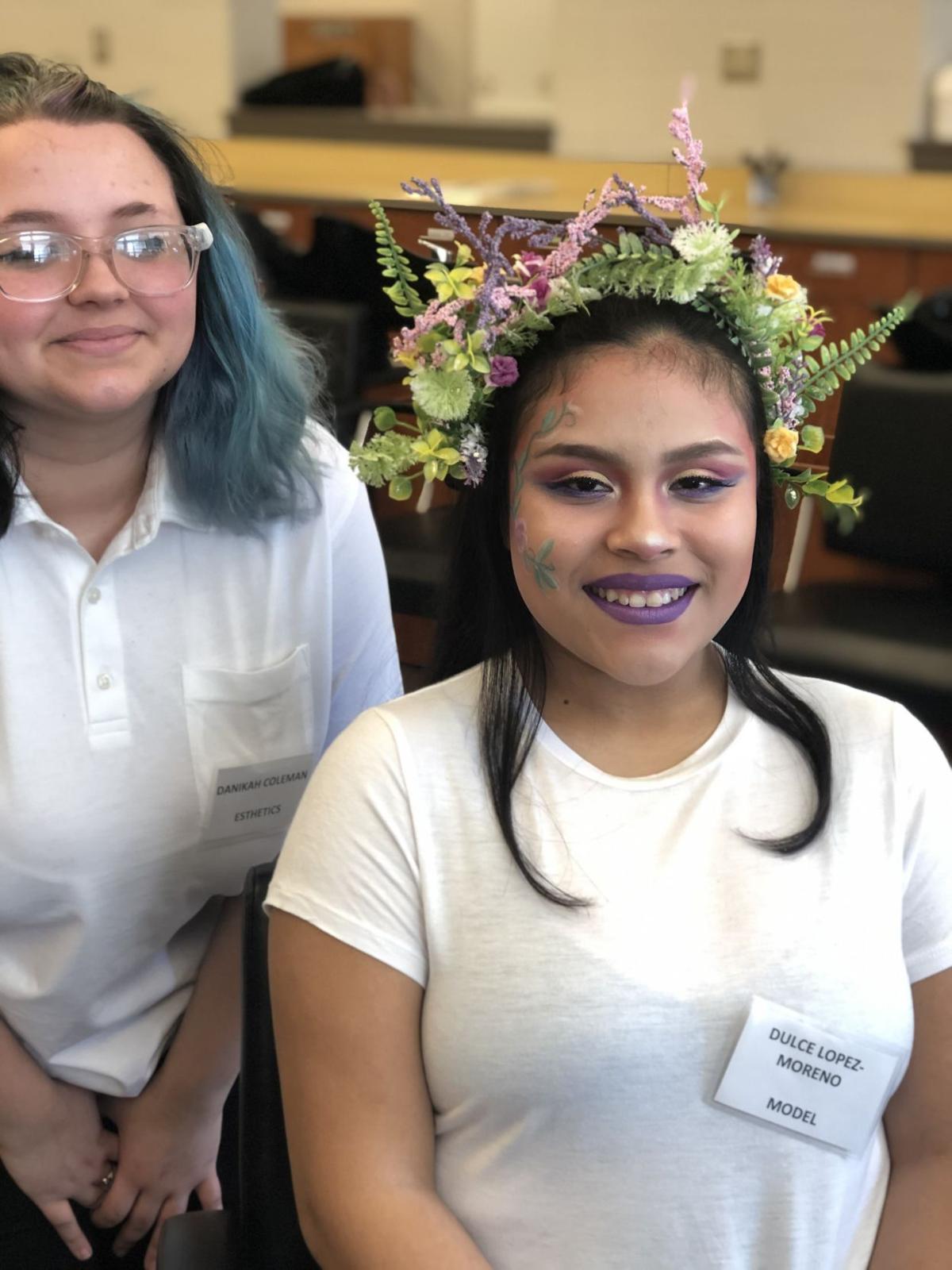 Danikah Coleman presents the makeup she completed on her model, Dulce Lopez-Moreno, for the first-place prize in esthetics during Worcester Technical High School’s local SkillsUSA competition in Newark on Saturday, Feb. 8.

Those who placed first, second or third have qualified for the state competition, which will take place in April in Baltimore, Principal Tom Zimmer said.

Rick Stephens, a welding teacher and the lead SkillsUSA advisor for Worcester Tech, said that the local competition brings multiple opportunities for the students – the first and foremost being practice before the state competition.

He added that on the other side of the Bay Bridge, the schools have more competition, so their regional events are similar to the state competition in Baltimore.

“Our region isn’t as large and we don’t have as many schools that participate,” Stephens said. “That’s why we started our local competition – to give our kids some practice before they go to states. And, it’s really paid off.”

Sixty out of 100 Worcester students last year placed in the top of the state, Stephens said.

Twenty-nine students then went on to the national competition in Louisville, Kentucky, in June. Piper Gooding, now a freshman at Pocomoke High School, placed second in the middle school pin design competition at the national event.

“It gives the kids the opportunity – one, to compete in their trade, to show off their skills, what they’ve learned and be able to expand on those,” Stephens said. “Competition brings out a lot in people. Plus, they get to travel across the state and compete and meet new friends that way.”

Zimmer said his favorite part of the program is watching the students demonstrate their skills.

“Whether it be in welding or cosmetology or any of the other trades, the students take such pride in showing what they can do,” Zimmer said.

He added that Worcester Tech’s past success shows that the need for tradespeople is high in demand.

“There are many opportunities for our students to go out into the community upon graduation and gain employment immediately – an early start to a career,” Zimmer said.

The event was also an open house for local eighth graders.

“It gives them a chance to see kids actually in action when they’re in their program,” Stephens said. “It’s a good recruiting tool.”

It’s a multi-opportunity event for students participating, as representatives from local businesses help judge the competition and local colleges set up booths for students to explore.

“We bring businesses into our schools to see hopefully their future employees and for our kids to make contact with possibly some different businesses they’ll be able to go to during their apprenticeship or after graduation,” Stephens said.

He said he thought the students performed well over the weekend and was grateful for the support from teachers, the board of education and the Worcester County Commissioners.

“I was very impressed,” Stephens said. “The time that the teachers spend with these kids to help them prepare, not just for this, but to graduate and go into the trades and go on to a higher education is phenomenal. And we got lucky. We’ve got great kids in Worcester County, we really do.”

A few more local competitions will take place at the school over the next two weeks, Stephens said.

Worcester Tech will take about 110 to 120 students to the state competition, held April 17-18, in Baltimore, he added.

The first-place winners there will qualify for the national competition, slated for June 22-27 in Louisville, Kentucky.