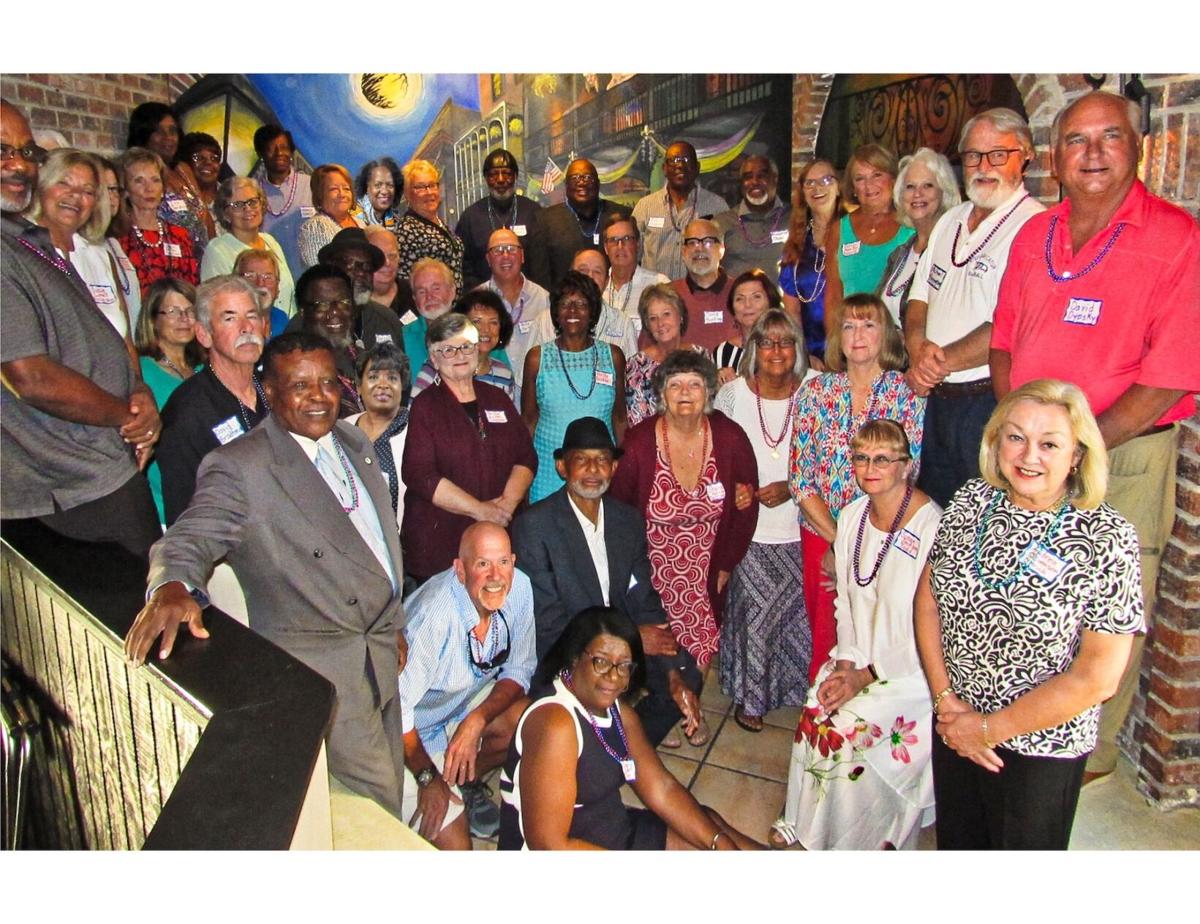 About 50 graduates of the Stephen Decatur High School Class of 1971 pose for a group shot during their 50th reunion celebration Sept. 25 at Bourbon Street on the Beach on 126th Street. 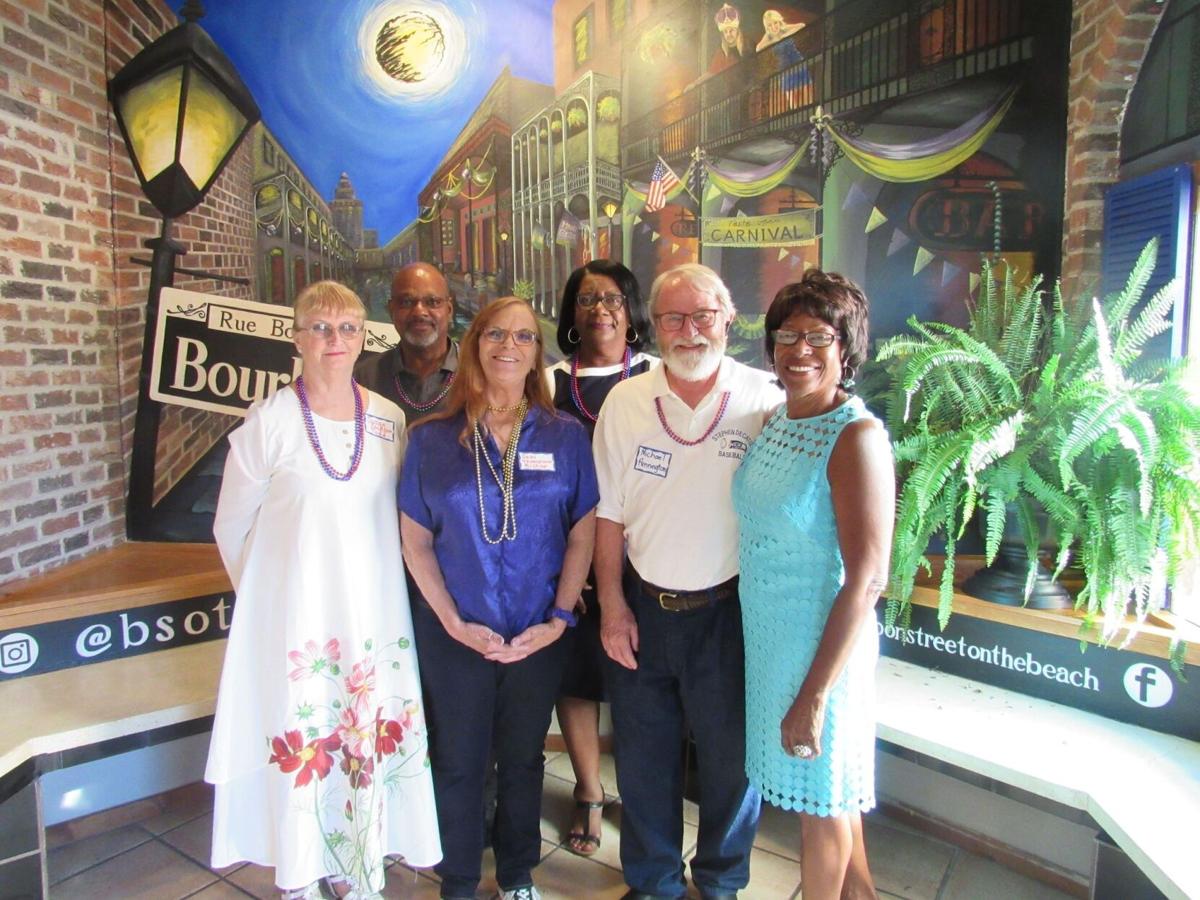 About 50 graduates of the Stephen Decatur High School Class of 1971 pose for a group shot during their 50th reunion celebration Sept. 25 at Bourbon Street on the Beach on 126th Street.

When Stephen Decatur High School’s class of 1971 graduated five decades ago, gas was about 38 cents a gallon.

A car would have cost $3,000 on average, Google and social media did not exist, and students had to use landline dial-up telephones to communicate. Instead of conflict in Afghanistan and allegations of election fraud floating around, students were dealing with the end of the Vietnam War, the introduction of President Richard Nixon’s new economic plan, and the assassination of Martin Luther King Jr.

It was a very different time. And last weekend, about 50 graduates from Stephen Decatur’s more than 155-student class came together to remember it at their 50th high school reunion.

“It was probably one of our best attended reunions,” class President Michael Pennington said this week of the event on Sept. 25 at Bourbon Street on the Beach in north Ocean City. “But then again, 50th is a big year.”

Classmates have held reunions about every five years since moving their tassels to the sides of their caps at the Ocean City convention center in the spring of 1971, Pennington said. The class was the first to graduate at the midtown spot, a tradition that continued for many years.

The ’71 class was also one of the first that was fully integrated. A year earlier, the county’s all-Black Worcester County High School closed for good, sending all of the students to SDHS. The 1970 graduation was the first after the closure, and the 1971 commencement was the second.

The change was big, signifying the end of segregated education in Worcester County, but Pennington does not recall any friction.

“I imagine there was a little bit of adaptation from both sides early on, I would think,” he said. “But I thought it went real well. Everybody was in the same classes, everybody was doing stuff together, everybody was on sports teams together.”

Graduate Debi Bishop, who has taken on the role of class historian after collecting photos and other mementos for the graduates over the years, also said she does not recall any issues with moving to a fully integrated school.

The class of 1971 also graduated just one year after the boys’ basketball team made history by winning the state championship. The game, and the team, are still talked about and recognized today, and some members of the 1971 class helped lead them to victory. One of them, Al “Hondo” Handy, is a household name in Ocean City and even spoke at Stephen Decatur High’s 2021 graduation in May.

Handy was not only one of the first Black students to graduate from SDHS, and played on the championship team, but he went on to tackle a whole new set of accomplishments within the Ocean City Recreation and Parks Department. He retired from his position as the department’s recreation manager in 2019 after more than 40 years, and his work is honored to this day.

Bishop also pointed out that Bill and Marty Hall, owners of Fisher’s Popcorn, also graduated from SDHS in 1971. Naturally, reunion attendees had some of the Boardwalk treat in their party favors.

Overall, Pennington and Bishop said the reunion went smoothly, which was especially impressive given that it was scheduled the same weekend as the pop-up rally that typically attracts droves of unruly tuner car drivers to the resort.

“They came by [routes] 50 or 90 with no problems,” Bishop said of the attendees. “If anything happened it was downtown.”

Pennington, who lives in Berlin, said many of the attendees are still local and came from nearby spots. Others traveled further, with one classmate coming all the way from Florida. He and Bishop, who lives in Bishopville, said the Floridian classmate received the award for traveling the furthest during the presentation period of the event.

The classmates said the reunion gave everyone who attended a chance to catch up and remember how things were in the old days, which Pennington said were not better, just different.

“Instead of social media, there was gossip,” he said. “It wasn’t as widespread, you didn’t have people from other parts of the world that you are interacting with to get their thoughts on stuff.”

Pennington added that there was a lot of other stuff going on 50 years ago, with the ending of the Vietnam war and fights for freedom and justice over basic rights spilling over from the 1960s.

“Police were beating people in the streets, there were marches down south and the freedom riders, people getting killed trying to get the right to vote,” he said. “I would say that things are better now — there’s just different problems.”

This story appears in the print version of the Ocean City Today on Oct. 1.

Members of Stephen Decatur High School’s class of 2021 missed out on a lot of rites of passage because of the covid-19 pandemic.