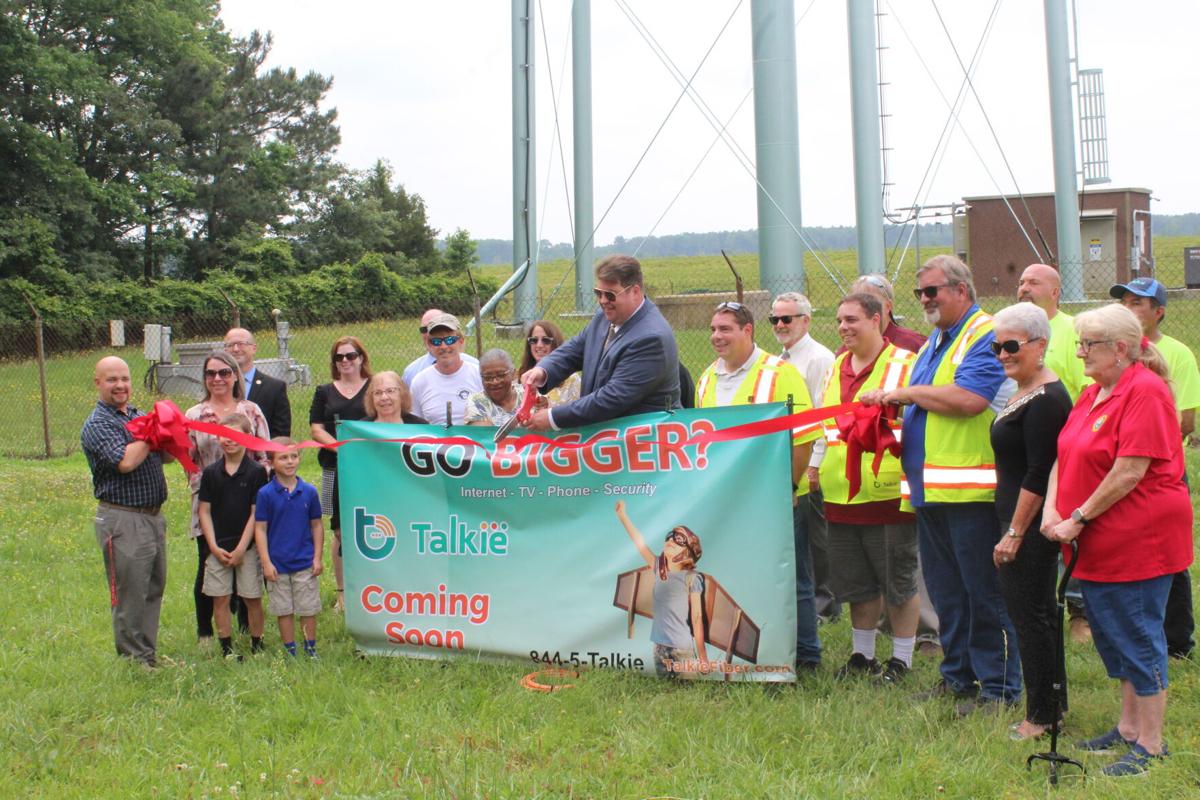 Worcester County Commissioner Josh Nordstrom cuts a ribbon to signify the ground breaking on Talkie Communications' underground fiber optic cable network in the Dun Swamp Road area of Pocomoke City. The communications network plans to begin work in the lower portions of the county, where many underserved and unserved people reside, and as negotiations for the rest of the county progress, could start working its way northward. 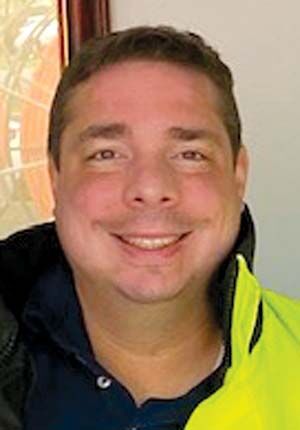 Talkie Communications officially broke ground Thursday in the Dun Swamp area near Pocomoke City on an all-new fiber cable network that aims to connect rural unserved and underserved residents in the county to high-speed internet.

“When you’re talking about a rural county like we are, where we need the (broadband) infrastructure most is in those rural parts,” said Commissioner Josh Nordstrom, whose district embraces much of the lower county.

“We have some strong partners now and we’re going to be moving forward. I’m thrilled and encouraged by the participation and partnerships, having these companies wanting to join us in our goal to provide the option for broadband high-speed internet service to the citizens of Worcester County.”

In recent weeks, there had been some uncertainty regarding who would be the broadband provider — Talkie or Choptank Fiber.

Talkie co-CEO Andre DeMattia, who runs the company with his twin brother Andrew, said that Talkie is simply initiating the construction they were approved and funded to do under the Rural Digital Opportunity Fund (RDOF).

“Talkie hopes to have the first customers turned on by October,” DeMattia said. “Since this is the first area for us in the county, we have to build the entire infrastructure. Once the infrastructure is in place, the second and third areas will be faster.”

Nordstrom remarked on the nuanced nature of the broadband debate — affordability is just as important as accessibility.

“It’s been a difficult process,” Nordstrom said. “There are a lot of aspects to this that required a great deal of conversation, discussion and debate. We don’t want to do a good thing badly. We want to not only provide the high-speed internet everyone deserves, but we want to work out the details so it’s affordable to everyone. It’s one thing to provide a service that everyone can use and utilize, it’s another thing to have it so people can afford that service.”

After Dun Swamp, DeMattia said the company plans to focus on the Stockton and Sheephouse Road areas in the lower county.

There is no firm timetable when — or if — Talkie construction begins in the northern areas of the county. But in a presentation to the Worcester County Commissioners in April, the company said the full project should take about three years. At the time, it estimated it would start construction in points north and south of Ocean Gateway six and 18 months into the project, respectively.

DeMattia said whether their work continues into areas not covered by the RDOF program will depend on the commissioners deciding if they will award Talkie with $10 million in funding that the county received under the American Rescue Plan Act.

Talkie’s estimates indicate that any given area’s broadband network will take about 12 to 18 months to complete.

In January, it was believed that Talkie would be the county’s partner in upgrading its broadband access. However, Choptank Fiber found its way into the discussion when the year-old company was asked if it would like to offer a proposal.

In April, both Talkie and Choptank gave presentations to the commissioners of what a broadband network would look like under the supervision of their companies. The chief differences were Choptank’s network being above ground and Talkie’s network being underground, which was a more expensive approval.

The DeMattia brothers said during their proposal that while their plan was more expensive, it offered higher standards of quality and security.

This story appeared in the print version of Ocean City Today on June 11, 2021.

Commissioners voted 6-1 on Tuesday to use about about $4.5 million in American Rescue Plan Act (ARPA) federal funds to address broadband and fire company needs.

Worcester will get more than it asked for when it receives $3.6 million from the state to help provide the county’s rural residents with broadband internet service.

Partly cloudy this evening followed by increasing clouds with showers developing after midnight. Low 68F. Winds ENE at 10 to 15 mph. Chance of rain 60%.

Partly cloudy this evening followed by increasing clouds with showers developing after midnight. Low 68F. Winds ENE at 10 to 15 mph. Chance of rain 60%.