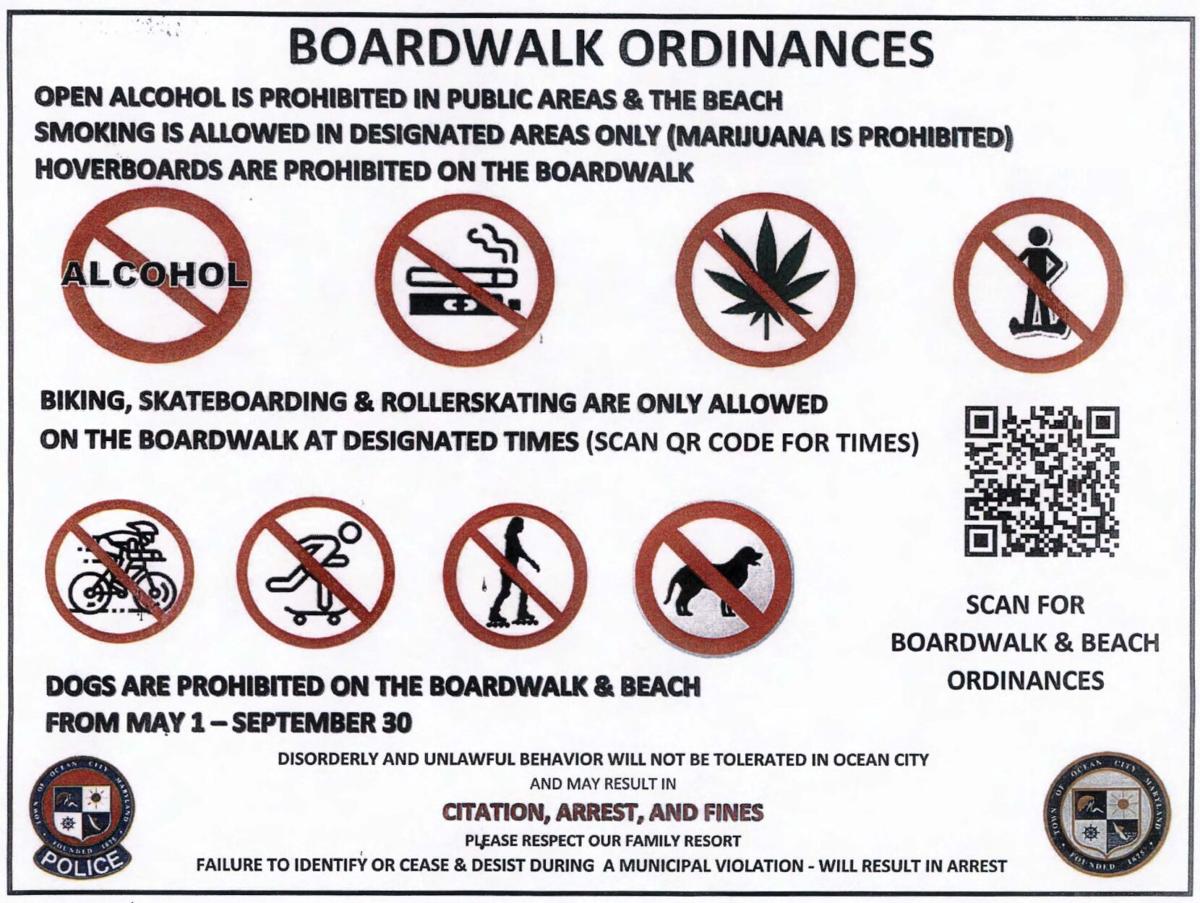 A sign that was presented to Ocean City officials by Ocean City Police during a meeting this week was criticized by Mayor Rick Meehan for being congested and difficult to read. 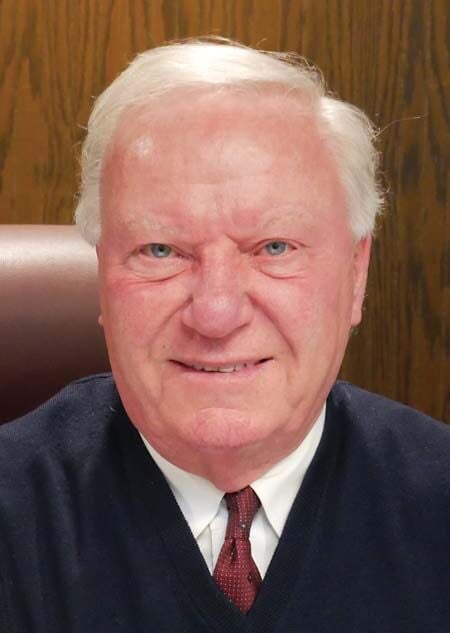 A sign that was presented to Ocean City officials by Ocean City Police during a meeting this week was criticized by Mayor Rick Meehan for being congested and difficult to read.

(April 16, 2021) Ocean City visitors will soon see new signs at the beach reminding them of several ordinances regarding certain prohibitions such as smoking or drinking that are expected to be obeyed on the Boardwalk.

Mockups of the new signs presented to the Police Commission during Monday’s meeting showed a congested layout with eight universal symbols – circles and slashes through things like a lit cigarette, marijuana leaf, dog, skateboarder, and rollerblader – and several lines of text.

Mayor Rick Meehan criticized the layout of the sign, calling it an encyclopedia.

“They just won’t see it,” he said. “You have to have bullet points. They’re not going to stop to read it all.”

Meehan suggested that police department officials, who created the mockup, hire a sign consultant, saying he has already contacted one who can create a simple and effective sign.

“For years, we’ve been putting up all of these signs ... we really need to find the right signs,” he added. “This would be too much. You’d have to have a really big sign.”

Police Capt. Elton Harmon said the concept of the sign was copied from places like Rehoboth and Virginia Beach, adding the signs would be approximately the size of a tow sign, bigger than a speed limit sign.

The problem, he explained, is even if you stop someone for breaking one of the ordinances, they say they didn’t see the sign. An even bigger problem, Harmon added, is that police officers do not see the signs because there are so many along the Boardwalk.

Over the weekend, Harmon said, he witnessed people breaking every one of the ordinances listed on the sign, so it is important to get the new signs installed as soon as possible.

As a suggestion, Meehan said to make the busy and congested signs big and place them at the street ends so people can see them as they walk onto the Boardwalk. For the north-south poles along the boards, he said to make speed limit-sized signs and place two of the universal symbols on each one. Then, place one on the north-side of the pole and one on the south-side.

The Public Works department has confirmed that the task of getting all of the signs made and installed from as far south as the inlet lot to 26th Street will be tough, but it was possible.

Also, during installation process, the mayor suggested public works take down old signs that show redundancy to the new ones. This will also open up space to place the new signs on already busy poles.

“It’s going to be the year of the sign,” Meehan said. “Let’s get the message out.”