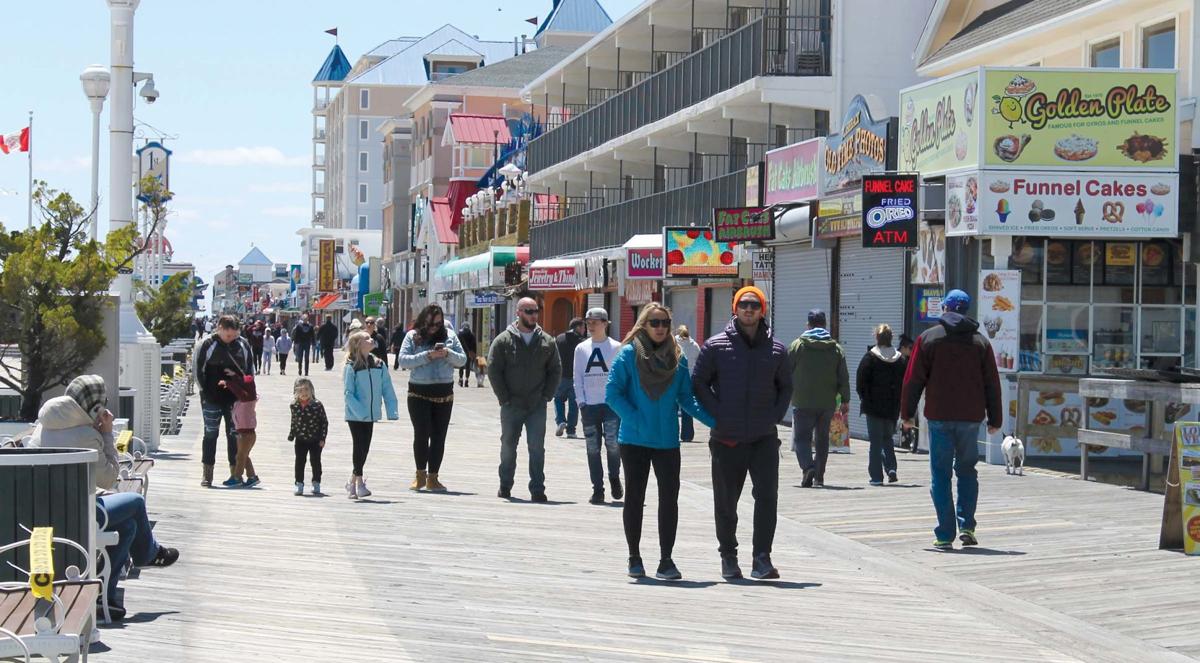 The sun was shining and despite cool, windy conditions, hundreds of people visited the Ocean City Boardwalk last Saturday, the first day it, along with the beach, was officially opened to everyone. Many just went for a stroll, while others grabbed some pizza, fries, popcorn or other treats. 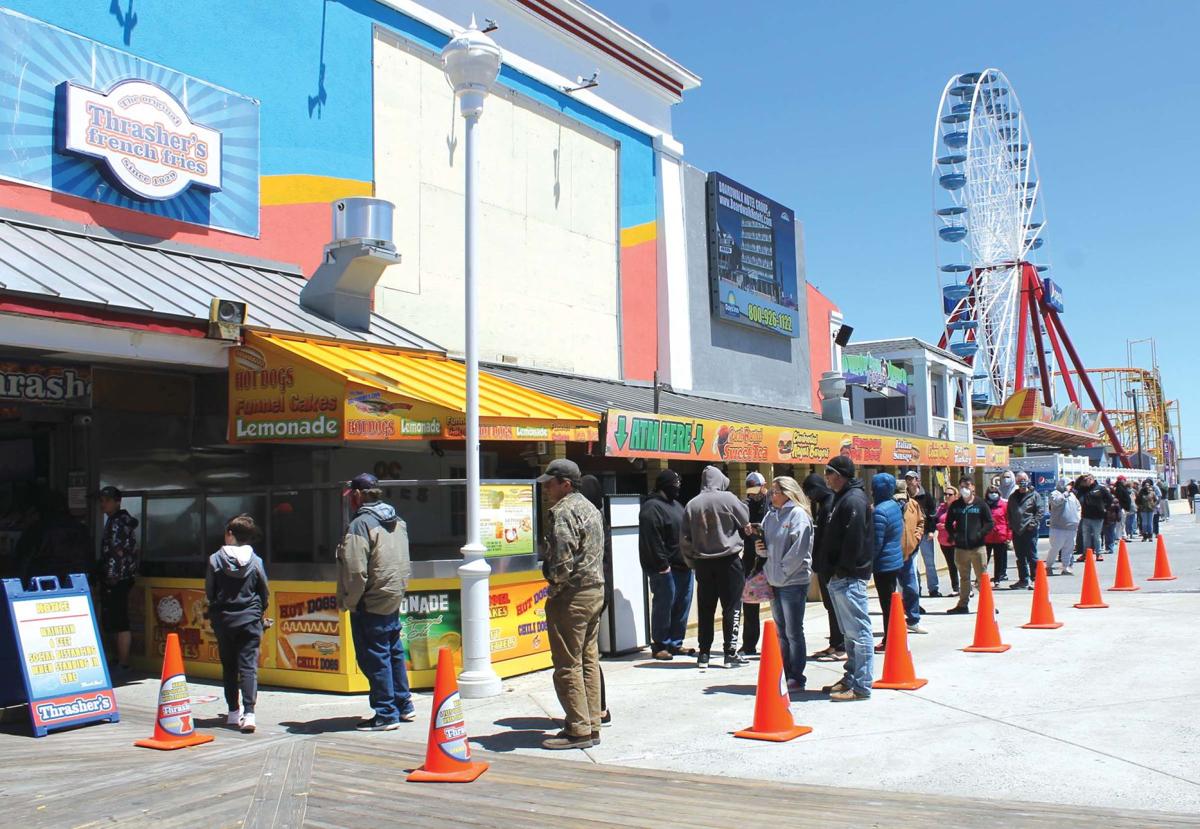 Thrasher’s French Fries was a popular spot last weekend as people stood in long line for the snack. The beach and Boardwalk officially opened to all last weekend. 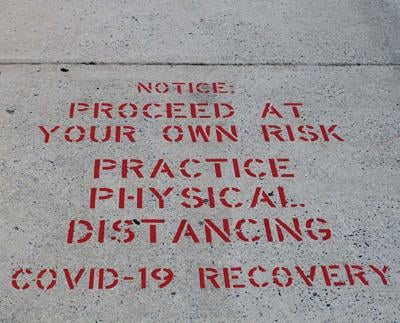 (May 15, 2020) Ocean City’s beach and Boardwalk reopened to the public last Saturday, giving resort elected officials, law enforcement officers and the public a glimpse of what the new normal might look like this summer in terms of social distancing and facial fashion.

“This weekend was the soft opening of the beach and Boardwalk, which provided a very small step toward Ocean City’s recovery,” said Jessica Waters, interim tourism director and communications manager. “Families were walking in groups of two to four people and were responsibly social distancing. Of those on the Boardwalk, approximately 30 percent were wearing face coverings.”

Last Monday, Mayor Rick Meehan issued an emergency declaration reopening the beach and the Boardwalk to the public effective last Saturday at 9 a.m.

The move did not supersede Gov. Larry Hogan’s stay-at-home order.

In preparation for potential visitors, the city installed social distancing signs all throughout the Boardwalk, and boarded over benches.

However, while Saturday’s chilly weather and high winds proved to be an effective crowd controller, Sunday’s milder weather and softer breezes drew hundreds to the area.

As other media outlets have reported, the southern portion of the Boardwalk became heavily congested on Sunday, most often as a result of people lining up for food — lines at Thrasher’s French Fries in particular were packed.

“Officers continually monitored the Boardwalk for violations and were able to obtain voluntary compliance on the few violations we observed,” Patrol Division Capt. Michael Colbert said. “The majority of Boardwalk restaurants with carryout service did a good job of controlling their lines. Most marked 6-foot distances for patrons to reference for social distancing.”

Except for a few afternoon clouds, mainly sunny. High 66F. NNE winds shifting to SSW at 10 to 15 mph.