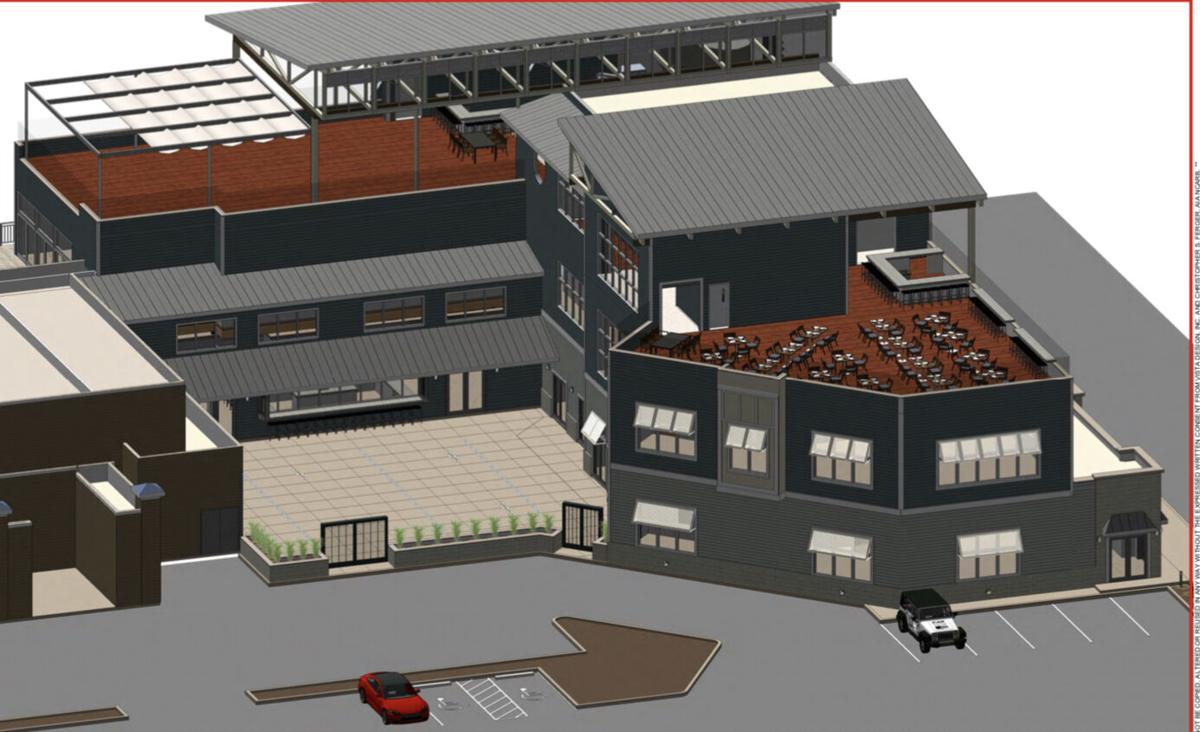 The redeveloped Embers site will include a cafe, a sit-down restaurant with a patio, retail space and a third-floor covered roof area where live entertainment can be requested for private events. 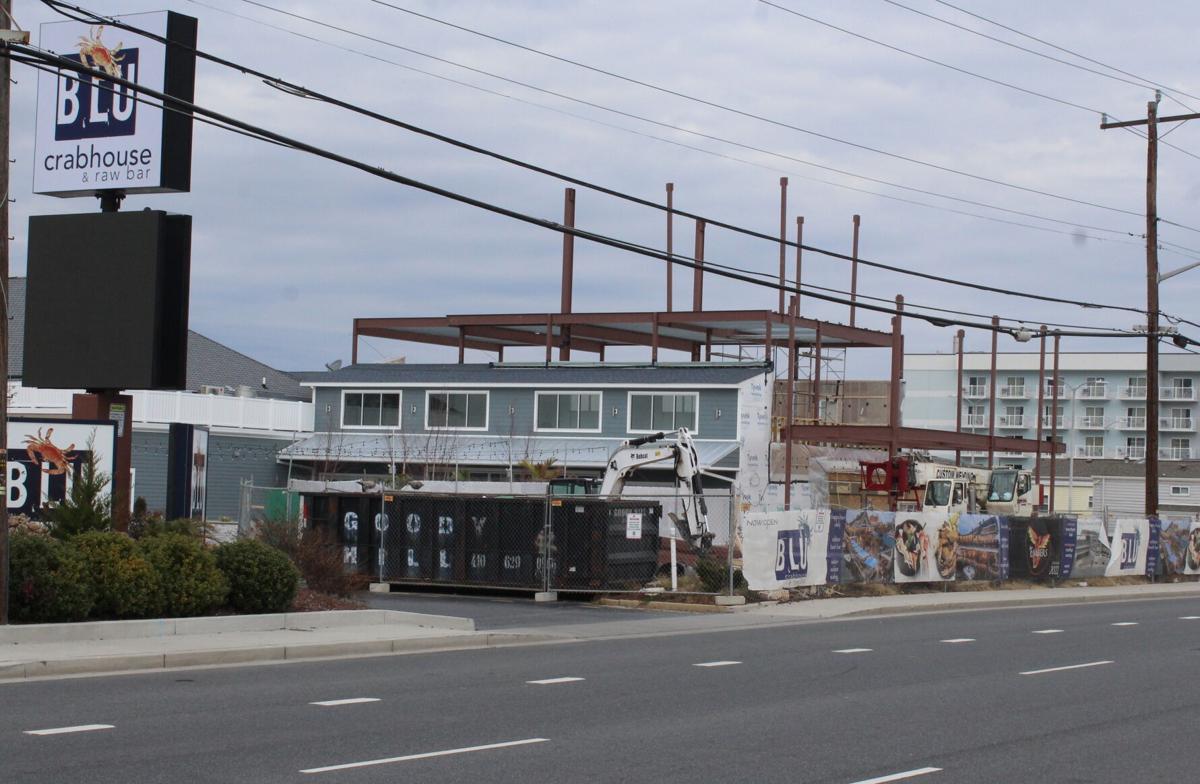 The redeveloped Embers site will include a cafe, a sit-down restaurant with a patio, retail space and a third-floor covered roof area where live entertainment can be requested for private events.

The Taustin Group received its final approval from the Worcester County Board of License Commissioners for their Embers redevelopment project on Wednesday.

Representatives from Taustin Group appeared before the board to obtain the seven-day beer and wine sales license for the restaurant, cafe and retail facility. All other planning and zoning permits have been obtained and construction is underway.

“We have taken the footprint that was previously Embers and are creating a dining and retail experience,” Taustin Group President Cole Taustin said after the meeting. “We’ll have our first-floor cafe available with retail shops, some limited office space. On the third floor, (we'll have) dining and private event space which is outside on the (covered) roof.”

"We've (now) gotten all of our approvals. We're on our way."

The central point driving the new project for the Taustin Group has been the notion that the buffet-style layout Embers had been known for is now outdated, they argued. With this redevelopment, they’ll be able to spread their business further out from the traditional dinner rush hours on which the Embers and the their adjacent Blu Crabhouse capitalized.

The property is situated between Philadelphia Avenue and the Harbour Towne condominium community, and two residents of which, Richard and Kimberly Brown, showed up to observe the meeting and voice concerns about traffic congestion.

“The access road that runs straight through the Embers property … from Coastal Highway to Westward Ho (condominiums), in the summertime is a chokepoint,” Richard Brown said. “You have a lot of people coming in, coming out, people going from the parking lot into the restaurant complex, vice-versa, playing golf. Our concern is, there’s never really been a problem except for congestion. With increased business — which we think sounds cool by the way — we’re concerned (that traffic will get worse).”

Taustin pointed out that, while the square footage has substantially increased, the seating capacity of the restaurant has decreased by between 50 to 100 seats and the nature of the redevelopment will keep traffic concerns low.

“With this change in venue, we’ve spread our business out over the course of an entire day,” Taustin said. “We’re drawing people in the morning, the afternoon and the evening. The number of seats available … will actually be less.”

The Embers buffet didn’t open until 3 p.m. for an early bird special, and Taustin added that the bulk of their business was done between then and 7 p.m.

Taustin said that the current plan is for the cafe to be open from 7 a.m. to 11 p.m., Blu Crabhouse will keep its noon-10 p.m. hours and the rooftop area will operate seasonally from late April or early May until mid-October, ideally.

While Embers has housed live entertainment before, Taustin said that their plan is only to accommodate live entertainment on the third floor and only when the space has been leased for private events, such as a wedding, and no more than five-piece acts or a disc jockey. No dance floors or stages are included in their design.

While the third floor is covered but open-air, Taustin said a 66-inch glass barrier will enclose the space to mitigate sound.

This story appears in the print edition of the OC Today on Dec. 3.

The Ocean City Planning Commission approved a site plan this week for a restaurant, retail and entertainment complex at the former Embers Restaurant on 23rd Street.

Cloudy and windy. Periods of rain this evening. Low 37F. ESE winds shifting to SSW at 25 to 40 mph. Chance of rain 100%. Rainfall may reach one inch. Winds could occasionally gust over 50 mph.

Cloudy and windy. Periods of rain this evening. Low 37F. ESE winds shifting to SSW at 25 to 40 mph. Chance of rain 100%. Rainfall may reach one inch. Winds could occasionally gust over 50 mph.