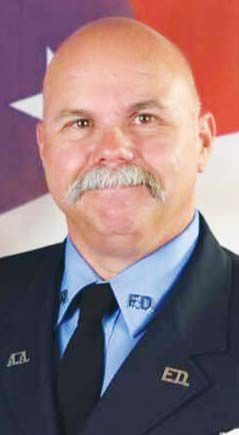 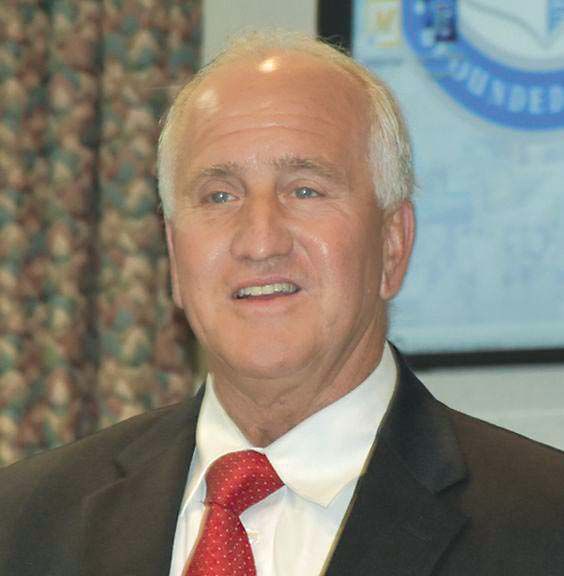 (June 12, 2020) Although the Worcester County Commissioners and administration thought emergency calls would be down this summer because of coronavirus-related closings and stay-at-home orders, that may not be the case.

Calls are beginning to increase in some areas, while turnaround preparations for rescue units takes more time because of coronavirus-related sanitation protocols.

Still, it was that assumption that led the commissioners to conclude that increased funding for fire and rescue units might not be as urgent this year as they would be in normal circumstances.

Emergency medical services in Worcester County received a $580,000 increase in funding this year, according to Tim Jerscheid, president of the county Fire Chiefs Association. The fire company funding from the county remained the same.

During a special meeting with the Worcester County Commissioners, the fire chiefs had asked for an increase of $1.5 million in funding from last year, but that was before the covid-19 pandemic hit.

“Ultimately, we would’ve liked to . . . get everything we asked for, but like anything else in a tight budget year, we knew that things were going to be difficult at best to get what we got, so I’m very satisfied,” Jerscheid said.

The county awarded the Stockton Volunteer Fire Company funding for a full-time position, but the companies decided to split that money between Stockton and Girdletree.

The Ocean City company received $330,000 from the county because it makes runs to West Ocean City, which has left Ocean City uncovered at times.

“It’s a positive investment, but it’s certainly not equal the amount that is needed as a result of the data and responses to support that,” Bowers said.

Jerscheid said that although calls are down compared to this time last year, it’s taking longer to run the calls because of covid-19 safety measures, such as decontaminating vehicles after runs to Peninsula Regional Medical Center in Salisbury or Atlantic General Hospital in Berlin.

“We have to take precautions not only for our providers, but for the next patient that will be in the ambulance,” Jerscheid said. “The decontamination process takes roughly 20 minutes.”

He added that the calls in the southern end of the county are more severe because of people delaying medical care in fear of coming into contact with the virus at a medical facility, while the calls in the northern end are starting to pick up as visitors feel more comfortable vacationing.

Bowers agreed that the medical calls are more severe and added that at the beginning of the pandemic, calls decreased, but calls have recently increased.

“The period of the first week of June from last year in 2019 to this year in 2020, we have seen a significant increase in the overall calls,” Bowers said. “It’s like the light switch has been turned on.”

Jerscheid said that although the increased funding is helpful, it does not solve the problems fire and EMS has with funding, recruitment and retention.

“We still have some underlying issues,” Jerscheid said. “I know we are planning on forming a committee along with the county commissioners.”

He said that committee will mainly address the financial concerns and come up with possible solutions. The committee will consist of representatives from the county government, fire service and both the Worcester County and Ocean City fire and EMS unions.

Jerscheid noted that each company has different financial needs. For example, $300,000 would fund nearly all of Newark, Showell and Bishopville’s budget.

“They would be taking a lot less money out of the other budget, but then, you get to Ocean City, Berlin . . . $300,000 per unit is barely paying for half the people that they have working,” Jerscheid said. “We’re going to have to do due diligence to make sure that everybody is fair as we can be.”

For a long-term solution in West Ocean City, Bowers said EMS districting could be a good option.

“That’s one of the ways to really possibly begin to address the systemic problem, which would then lead to a better quality and service for all the residents and visitors of Worcester County as well as the Town of Ocean City, and in particular, West Ocean City,” Bowers said.

As for fire service, Jerscheid would like to see two staff units in Pocomoke, Snow Hill, Berlin and Ocean Pines and then one staff unit in Newark, Showell and Bishopville, while Ocean City’s would depend on seasonal transitions.

“In my opinion, the towns themselves need to fund the companies adequately as well,” Jerscheid said. “I think that the county is funding to the best of their ability right now.”

A mix of clouds and sun. A stray afternoon thunderstorm is possible. High 78F. Winds ENE at 10 to 15 mph.