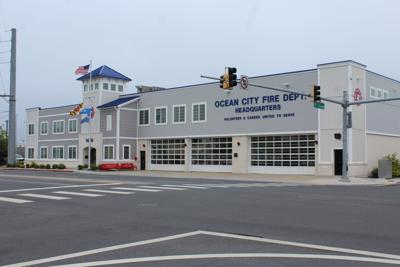 (June 19, 2020) Firefighters may expect to see a familiar work schedule make a comeback, after the Ocean City Council approved amendments to its fire union contract, which included a return to the fire departments’ coveted 24/72-hour work schedule.

It also shifted the union’s work schedule from the controversial 10 and 14-hours shifts to a 12 and 24-hour shift format.

City Manager Doug Miller explained, however, that with the advent of covid-19 and the economic disaster it has wrought, union President Ryan Whittington suggested a potential solution to him.

“Our IAFF union President Ryan Whittington approached me and said that the members might forego the step [increase] they were going to get on July 1, if we would entertain discussions to return them to the 24/72 work schedule they had been on before,” Miller said.

The council reviewed the offer and provided a counter offer, which the two parties agreed to, which would extend the contract by two years, remove the July 1, 2020 pay step, remove one of two July 1, 2021 pay steps and implement those pay increases in 2022 and 2023, as well as implement a 24/72 shift schedule.

The two-year extension would also save the city on negotiation costs.

While the majority of the council approved the amendments, Councilwoman Mary Knight and Councilman Dennis Dare voted in opposition.

“Respectfully, I’m going to have to vote against this. I am very happy that they’re going to give up some of their increases, but I for one do not think the 24/72 is a good work schedule,” Knight said.

Dare agreed, although he praised the fire and EMS personnel’s for the service they provide to the resort.

“What they do is tremendous, but working 24 hours straight is unhealthy and potentially dangerous for both the paramedic and the patient, so I won’t be voting for the amendment,” Dare said.

Knight and Dare voted in opposition last year for the same reasons.

“Thank you for working with us … to provide a fiscally responsible amendment to the contract and also one that benefits our department operationally,” Whittington said. “… We are prepared for this transition and we appreciate your support, and we have heard the concerns of Councilman Dare and Madam Secretary Knight.”

Sunshine and clouds mixed. A stray shower or thunderstorm is possible. High 78F. Winds NE at 10 to 15 mph.