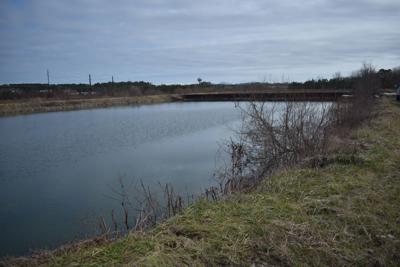 (Feb. 7, 2020) The major cleanup of Heron Park following the discovery last year of a caustic soda spill on the property has cost the town much less than anticipated, Berlin Town Administrator Jeff Fleetwood said this week.

The final component, a dumpster filled with remaining debris, was removed from the site on Monday. Yet to be done is a groundwater evaluation Maryland Department of the Environment.

Eight months ago, an undisclosed amount of sodium hydroxide (caustic soda or lye) was spilled in June during demolition work by a contractor.

Chesapeake Environmental Services handled the bulk of the clean-up for $283,000. Other work was done by town workers and a few contractors at a cost of about $3,000 rather than the $50,000-$60,000 quoted by other contractors.

After the groundwater tests are conducted, grass will need to be planted on the areas that have been cleared, but Fleetwood is confident the park will be able to reopen after five months closed when he introduces the motion to the mayor and Town Council on Monday, Feb. 10.

Cloudy skies early, then partly cloudy in the afternoon. High 49F. Winds NNW at 10 to 20 mph.