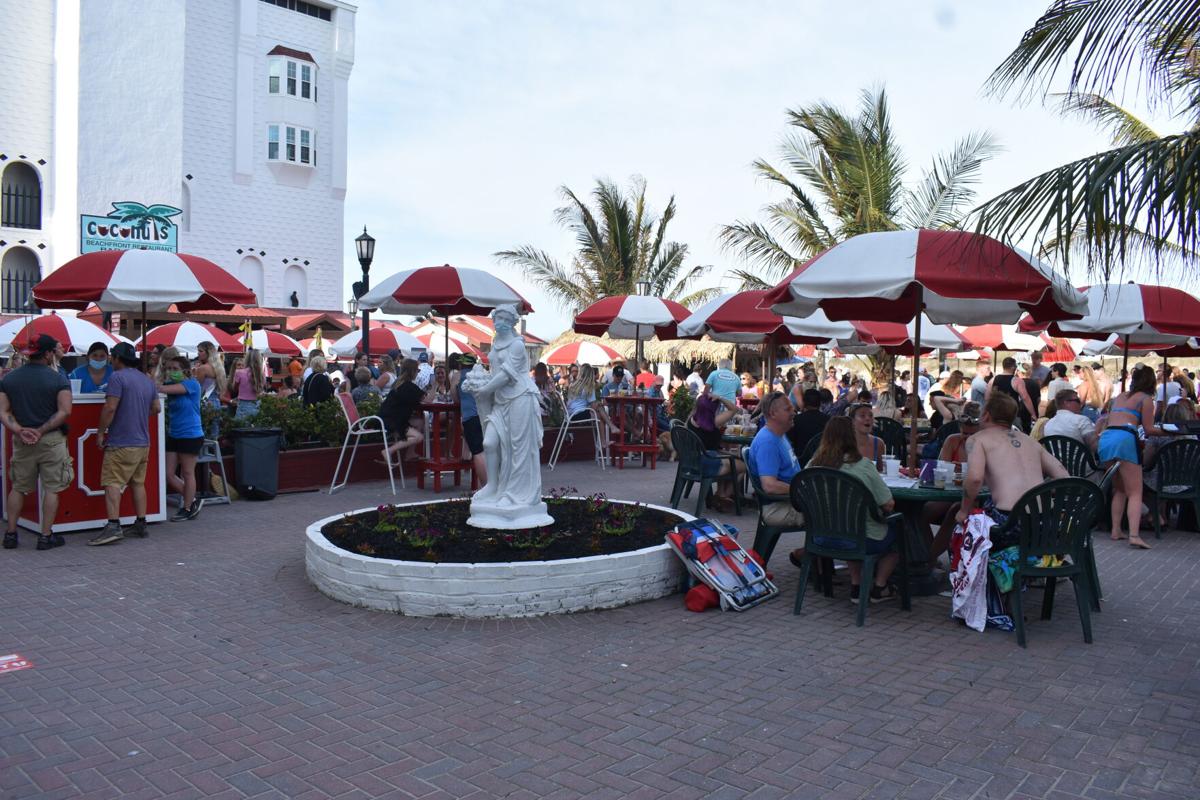 Gov. Larry Hogan announced this week that previous restrictions on outdoor dining will no longer be enforced as of Saturday. 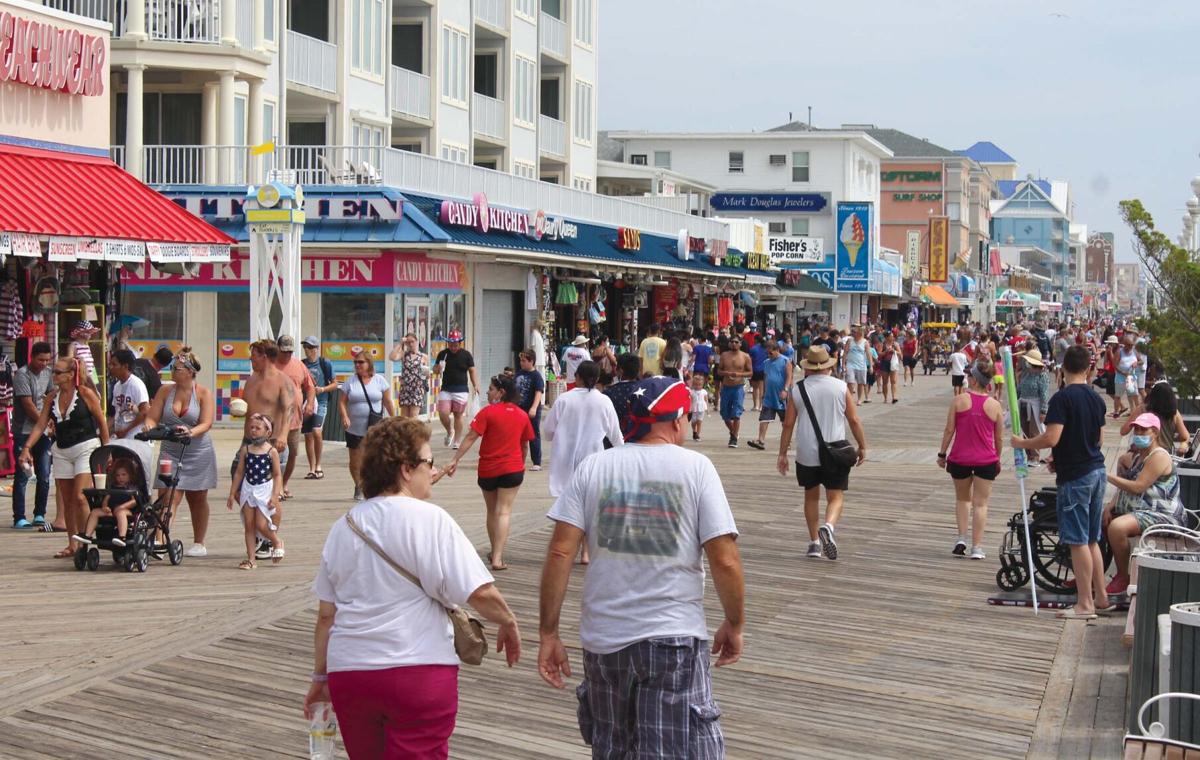 Gov. Larry Hogan announced this week that masks are no longer required outdoors except at ticketed venues. 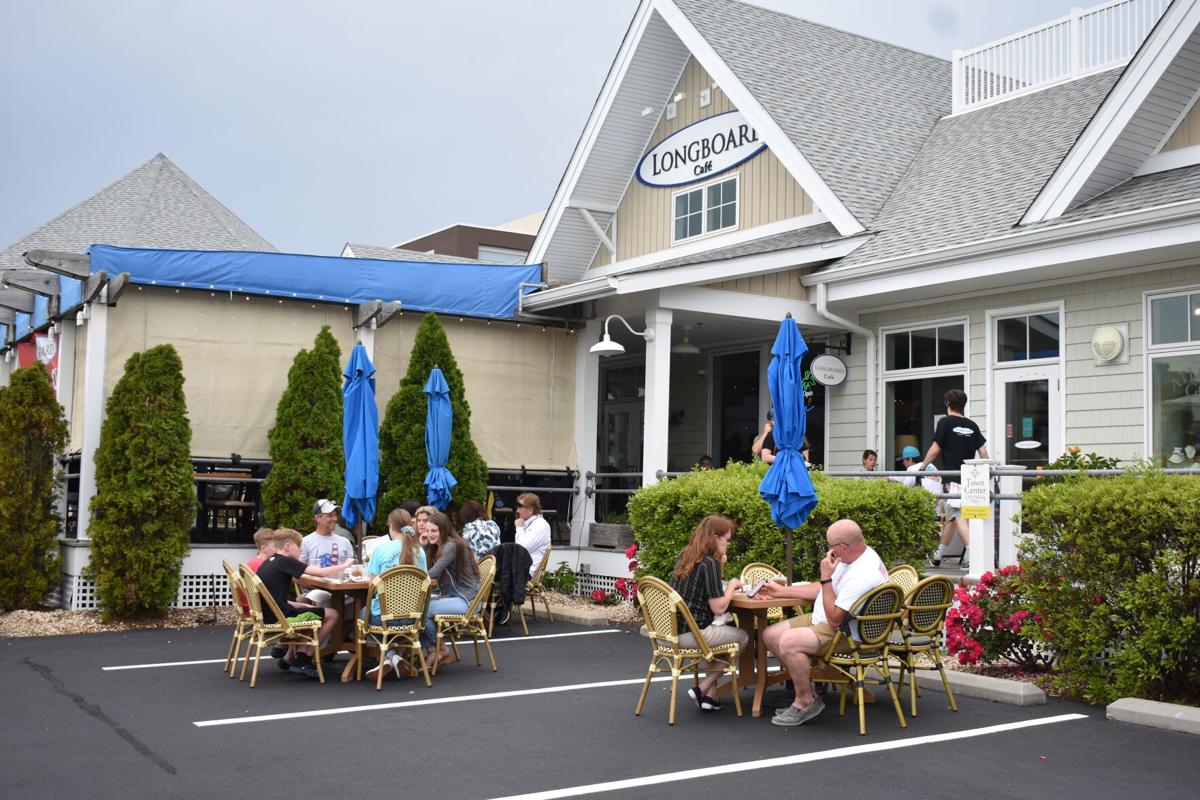 Longboard Café on 67th Street is one of many bars and restaurants in Ocean City that will soon be able to more freely operate outdoor dining without previous covid restrictions.

Johnson & Johnson vaccines are once again cleared to administer to patients after a short hiatus due to a small percentage of women developing blood clots.

Gov. Larry Hogan announced this week that previous restrictions on outdoor dining will no longer be enforced as of Saturday.

(April 30, 2021) Just in time for a break in the weather, Gov. Larry Hogan is lifting restrictions on outdoor dining and announced that people have regained their freedom to legally breathe mask-less fresh air outside.

Following along with CDC guidelines issued Tuesday, Hogan said during a news conference Wednesday afternoon that “consistent improvements in key statewide health metrics and a fast pace of vaccinations” across the state led to the let-up of the restrictions issued during the peak of the pandemic.

Effective immediately, masks and face coverings are no longer required outdoors across the state. However, face coverings are still mandated at all large ticketed venues and people who are not vaccinated are “strongly encouraged to continue wearing masks, especially when physical distancing is not possible.”

The changes to outdoor dining, which include allowing standing service and lifting previous capacity restrictions at bars and restaurants, go into effect Saturday. Restrictions still remain for indoor dining.

Susan Jones, the executive director of the OC Hotel-Motel-Restaurant Association, offered her positive assessment of the news via email Wednesday.

“We were thrilled at the surprise announcement regarding outdoor dining and lifting of those restrictions,” she said. “As we are moving ... towards the season, it was certainly welcome.”

Piggybacking on Hogan's announcements, Ocean City officials announced Thursday that all mask mandates on the Boardwalk and in outdoor public spaces have also been lifted.

“Throughout the course of the COVID-19 pandemic, Ocean City has continued to closely follow guidance from the CDC and the State of Maryland, and has even exceeded state mandates,” Ocean City Mayor Rick Meehan said in a news release. “Gov. Hogan has lifted the mandate requiring that masks be worn outdoors, effective immediately. To remain consistent in following the state’s guidance, Ocean City will no longer require masks to be worn in outside public areas, including on the Boardwalk. As Gov. Hogan announced on April 28, with improved health metrics and expanded vaccination availability, we are optimistic that we will continue taking steps toward a full recovery from the pandemic.”

The governor also announced last weekend that covid-19 cases in Maryland are on the decline.

In a news release issued last Saturday, he said the state’s daily positivity rate had fallen to lower than 3 percent and that Maryland was reporting the biggest drop in cases nationwide. The release said the state’s metrics were among the lowest in the country and that hospitalizations statewide had fallen for four consecutive days.

According to numbers on the state health department’s website, Stephen Decatur High School reported 24 positive cases of covid on April 21.

But a week later on Wednesday, the school was not listed on the site, indicating that the cases no longer exist.

Carrie Sterrs, a spokesperson for Worcester County Public Schools, said via email this week that the 24 reported cases stemmed from an outbreak at the school first reported on March 31. As of Tuesday, she said many of the individuals had recovered, completed their required 14-day quarantine periods, and returned to school. She said officials were closely monitoring the occurrence and explained that while the health department’s website totals the number of cases associated with an outbreak, an oversimplification can occur with those types of metrics.

“We certainly acknowledge that the number of cases currently reported on the Maryland Department of Health’s website is concerning; however, it is not reflective of currently active cases within the school, but of all historical cases stemming from the March 31, date,” she said of the 24 cases reported last week.

“Within the past 14 days, SDHS has reported 10 positive cases of covid-19, with two of those cases reported from students engaged in distance learning,” Sterrs continued.

“While the source of many of these cases is often traced back to events outside of the school, we recognize our role in helping to mitigate the spread of this virus. As such, we continue to rely on guidance from our health officials regarding protocols for the handling of this outbreak. We agree, as many health officials do, that testing is the best strategy to mitigate an outbreak, which is why the school system recently implemented the availability of on-site PCR testing for any students or staff countywide that may be impacted by outbreaks at either the classroom or school level.”

She added that distance learning refers to students who were engaging in virtual learning, which they were doing at home. She also said that the district’s internal investigation indicated that the outbreak and spread occurred off of school grounds.

And while Sterrs said that she could not disclose individuals’ private health information, she was not aware that any of the students who tested positive had become seriously ill.

Sterrs also reiterated the district’s process for contract tracing when a student tests positive. Essentially, the system requires notification of all close contacts and anyone within the student or students’ cohort. It does not require full disclosure to all students within the school.

Sarah Yonker, the director of marketing for Atlantic General Hospital, said via email Wednesday that on April 23, the FDA cleared the Johnson & Johnson vaccine for use once again.

The hospital stopped administering J&J vaccines in mid-April upon advice from FDA officials after a small percentage of patients who received the vaccine developed blood clots. And while the vaccines are now clear, Yonker said the hospital’s clinics have not resumed, but will soon.

She added that the latest news about the J&J vaccine came with an updated information sheet advising that women younger than 50 should be aware of the rare but increased risk of thrombosis with thrombocytopenia syndrome (TTS). TTS is a serious condition that involves blood clots with low platelets.

Covid by the numbers

• As of earlier this week, Maryland providers have administered more than 4.3 million covid-19 vaccines. The state was averaging more than 78,273 shots per day and more than 55 percent of Marylanders 18 and older had been vaccinated, including more than 82 percent who are 65 and older.

• Atlantic General Hospital has administered 82 vaccines at clinics held over the last week.

• The hospital is working with the Worcester County Health Department to host a mass vaccination clinic at the OC Convention Center for individuals arriving in Ocean City on J-1 student visas. The first clinics are scheduled for May 4 and 5. The goal is to vaccinate the J-1 students and local population, including the service industry. Service industry employees can sign up online for either of the clinics, which are set from 10 a.m. to 4 p.m. May 4 (register at marylandvax.org/reg/5092266001); and 9 a.m. to 3 p.m. May 5 (register atmarylandvax.org/reg/0602621539).

• Worcester has recorded 97 deaths from covid-19.

• As of Wednesday, the hospital reported one patient in-house and 10 who had come off of ventilators. AGH also discharged 338 patients into recovery.

•No public schools in Worcester County had positive covid cases as of Wednesday.