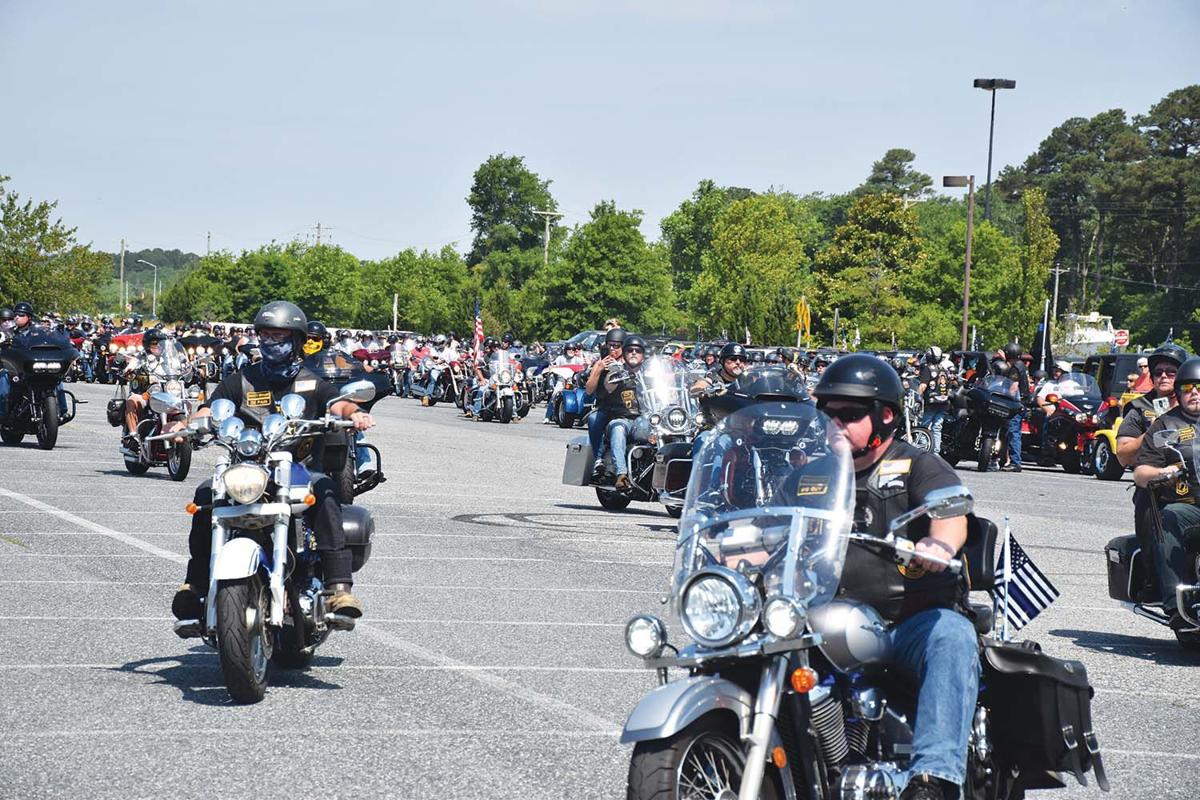 Hordes of leather-clad bikers rumble out of the Berlin Walmart in a haze of chromed-out, two-wheeled glory to kick off the Roar at the Shore road rally to support law enforcement on Saturday. 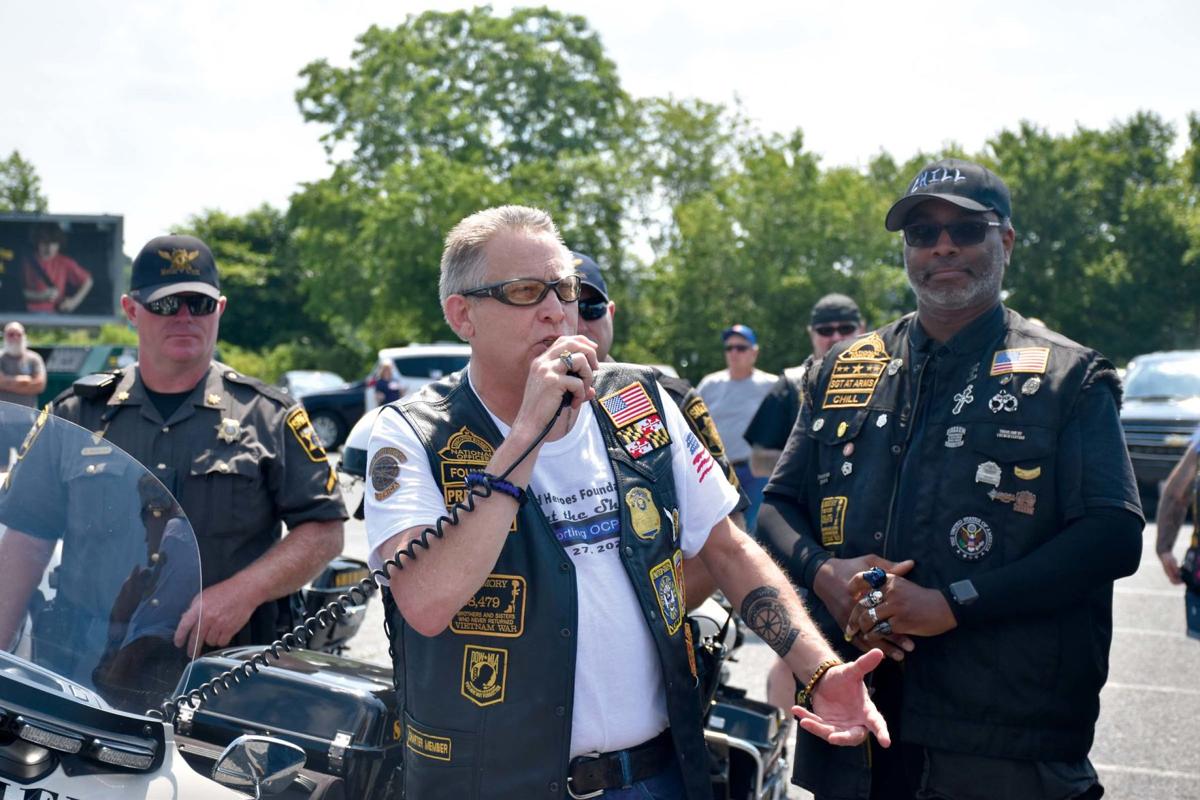 Hordes of leather-clad bikers rumble out of the Berlin Walmart in a haze of chromed-out, two-wheeled glory to kick off the Roar at the Shore road rally to support law enforcement on Saturday.

(July 3, 2020) Coordinated in under two weeks, the Hogs and Heroes 2020 Roar at the Shore ride held Saturday between Berlin and Ocean City received an outpouring of public support for allied law enforcement agencies, while raising money to support families of fallen police officers.

In addition to a show of support for area law enforcement agencies, Hannon said the vehicular rally was intended to produce financial assistance for the MD C.O.P.S. program that aids surviving family members of fallen officers.

Worcester County Sheriff Matt Crisafulli, who attended and was honored during the rally on Saturday, said the event provided heart-warming moments and timely memories.

“It was an overwhelming show of support for our law enforcement officers,” he said. “It’s enlightening to see we have that kind of support from our different foundations.”

Hannon said in addition to Hogs and Heroes riders from the national charter and local chapters in Maryland, Pennsylvania, Virginia, and Delaware, the inaugural Roar at the Shore rally also was joined by members of the American Legion Riders, Iron Legacy, Ocean City Jeep Club, Red Knights and Brothers Without Borders.

“We really appreciate everyone who showed their support,” he said.

Crisafulli was especially grateful to witness the array of sign-waving residents lining the rally route in support of law enforcement on Saturday morning.

“We’re trying to provide exceptional law enforcement services to all of the residents in our county,” he said. “It’s very heartwarming to know that we have that kind of support.”

The rally wound down at the Ocean City convention center on 4oth Street, where Hogs and Heroes national and Maryland Chapter 8 leadership honored both Crisafulli and OCPD Lt. Greg DeGiovanni.

“We gave them each a certificate of appreciation,” he said.

OCPD Deputy Communications Manager Ashley Miller said the convergence of chrome and steel during the closing ceremony was therapeutic for law enforcement members in attendance.

“Standing there at the convention center welcoming everyone that took time out of their day to participate was exactly what many of us needed,” she said. “To see so many smiling faces, meeting new people and seeing old friends again, the feel of support was overwhelming.

Hoping to continue the effort across the bridge and raise further funds for the MD C.O.P.S. program, Hannon said Hogs and Heroes would hold its “East Coast Thunder” rally July 18-19 at Old Glory Harley Davidson in Laurel.

“That’s all raising money for the same cause,” he said. “The concerns of police survivors.”