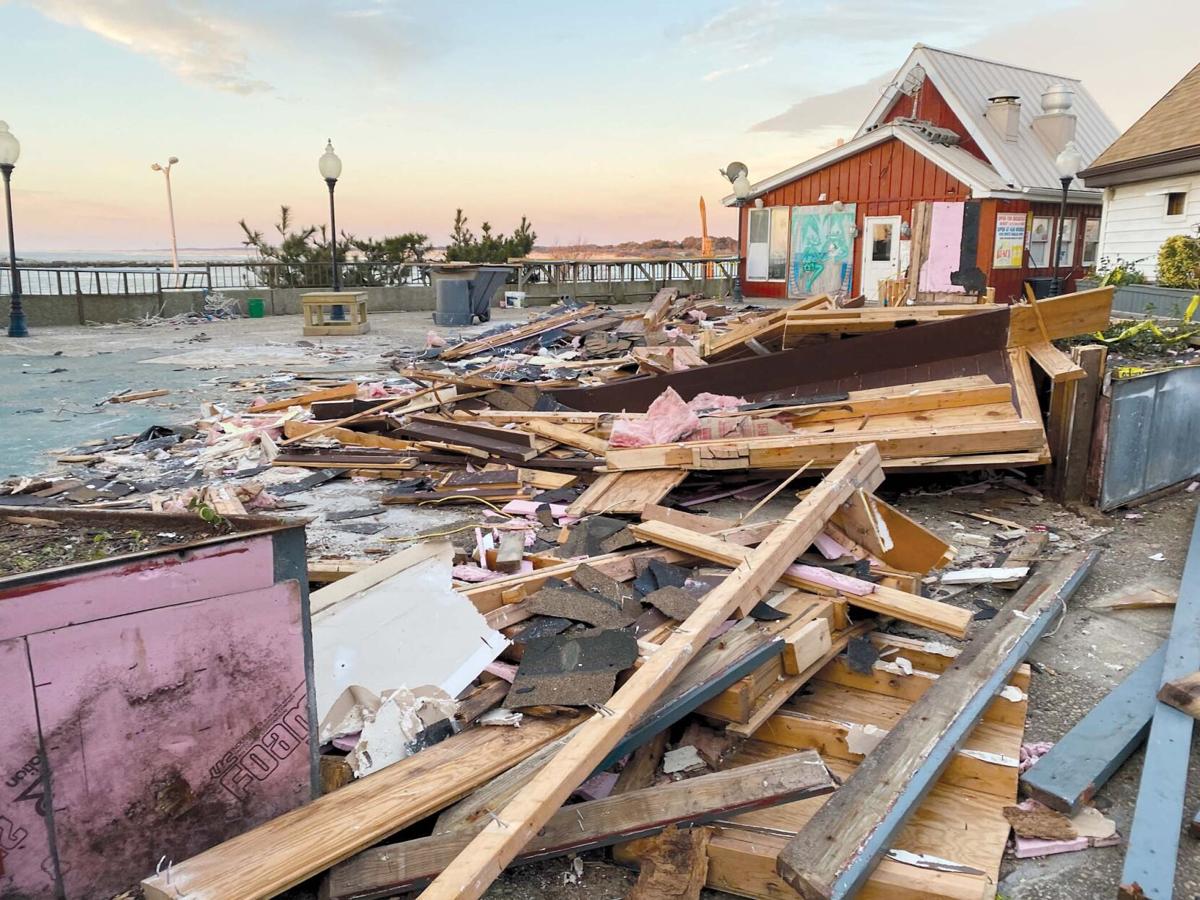 Windsor Resort Inc., the owners of Trimper’s Rides and the Inlet Village, began making way this week for an open-air food court that will focus on local culinary specialties and craft brews at the southern end of the Boardwalk. 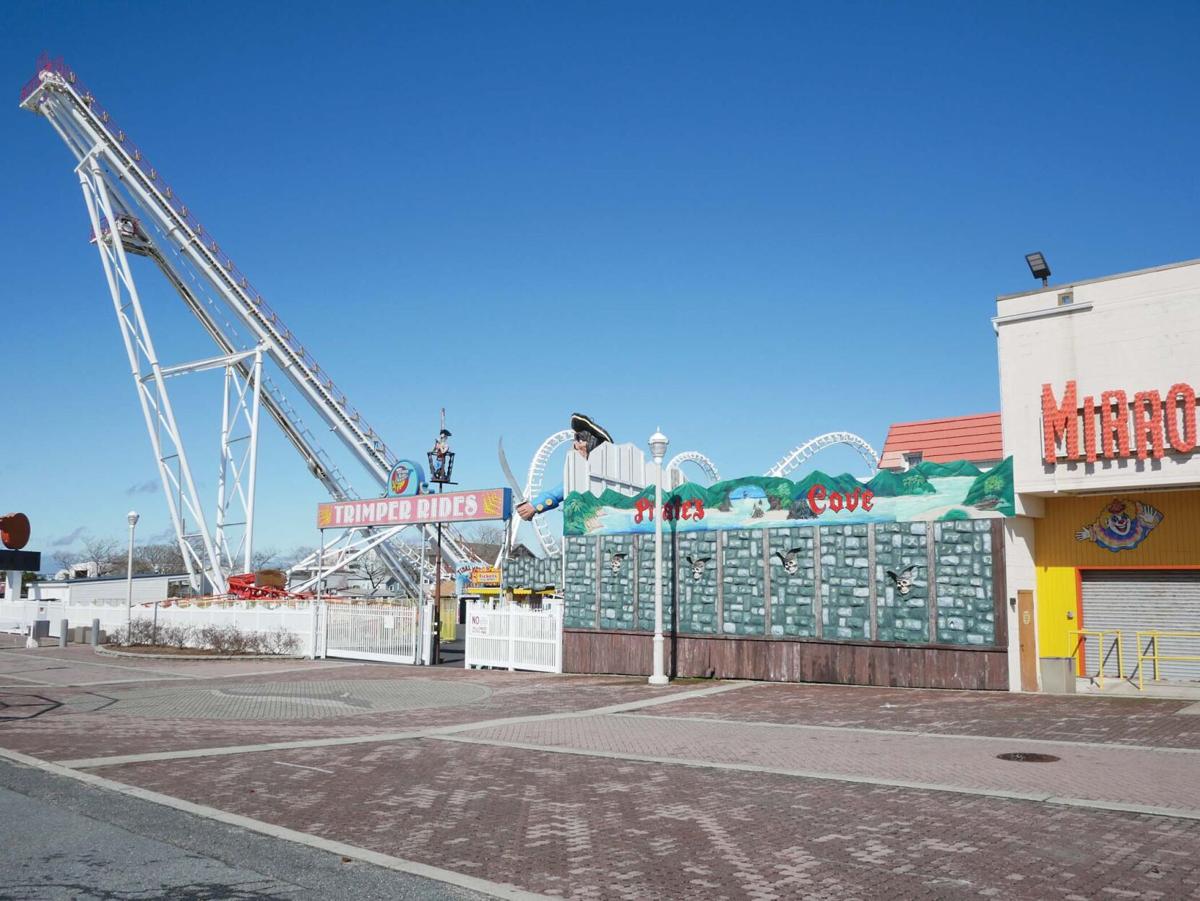 The owners of Trimper’s Rides were granted approval from the Board of Zoning Appeals to renovate space in the Inlet Village for an open-air food court.

The applicant sought permission to convert zoning for 23 parking spaces at its Inlet Village property from retail to restaurant use.

In addition to changing the allowed use under the zoning code, Windsor Resorts plans to remove four buildings, including a dog store, and revamp the space by reconfiguring it. Some of the retail space will be used as restaurant space, the Frog Bar  –  which will be rebranded as Bandit’s Bar and Grill  –  will get an approximately 400-square-foot addition, and the 23 spaces will be reconfigured into a food court where people can walk up to a window, order food, and take it back to a table to eat.

“With covid in mind and very limited outdoor dining options in Ocean City, the reconcepted inlet market will be Ocean City’s first open air food hall,” Antoinette Bruno, the president of Windsor Resorts, told BZA members. “The new inlet market will draw culinary tourism, not just downtown, but to Ocean City. It will put Ocean City on the map of the national city movement.”

The renovated space will have 10 restaurants, according to Bruno, including Harrison’s Harbor Watch and Bandit’s Bar and Grill. It will showcase a blend of grab-and-go spots, highlighting what she described as the best local seafood, craft brews, and “stunning views” to complement the market.

Rather than use tents, the food hall will have open-air with tables and chairs, she told the board. The footprint of the soon-to-be former dog store will be attached to Bandit’s, allowing alcohol to be served in that space.

Bruno said the company spent nearly $200,000 last year to put “lipstick on a pig,” and try to make the Inlet Village look nicer, but it did not make a difference in the clientele that regularly visits the attraction.

Bruno said even before covid-19, the park saw a decline in patronage, and she attributes the drop in visitors to something bigger.

“We think that there is an impression that there is crime on the Boardwalk,” she said. “We need to change the visitor’s perceptions and draw families back down to travel the full length of the Boardwalk. We believe the inlet market project is going to do just that, and it’s going to revitalize downtown.”

BZA Chairman Alfred Harrison said it may be time for a change at the southern end of the Boardwalk, and he did not see any problems with the application or proposal.

And while residents and visitors may insist on never paying for parking, Harrison said, when it gets busy downtown in the summer, “it’s what we have to face.”

Before the board voted to approve the application, 5-0, Christopher Rudolf, the secretary of the BZA, praised the proposed changes, saying, “Being a Boardwalk employee myself in the summertime, I think this is a huge improvement to the Inlet Village and I don’t see any reason to vote against this.”

In addition to gaining approval from the BZA, a site plan review for the project that was conducted by the Planning Board on Wednesday was passed unanimously.