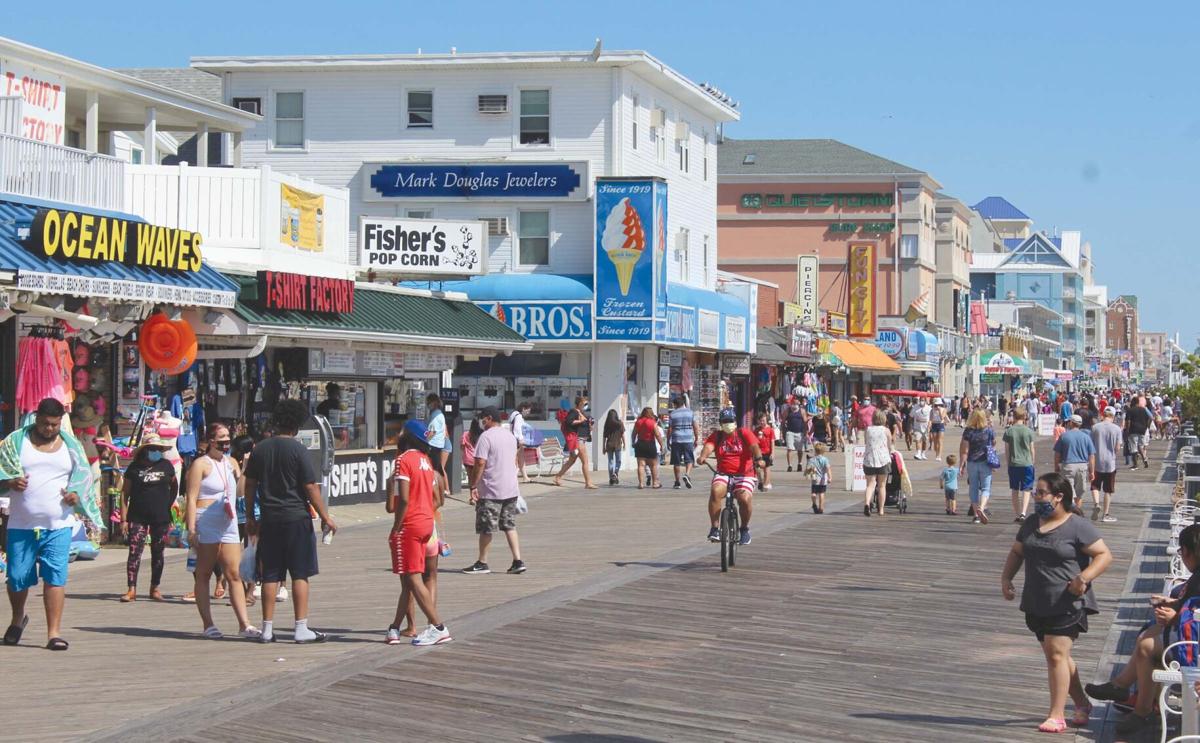 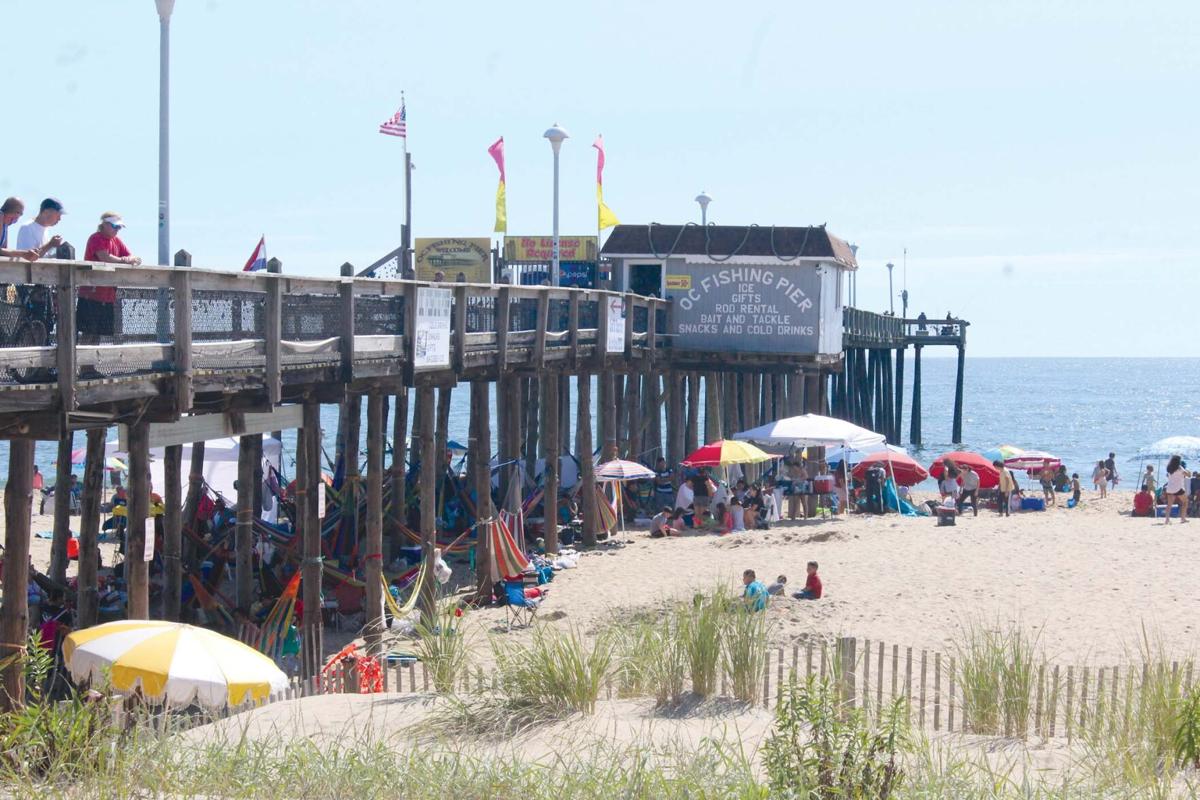 Guests enjoyed sunny, but mild, weather on Sunday, lounging in hammocks underneath the inlet pier.

(Sept. 11, 2020) Ocean City closed out a summer unlike any other on Monday, and, despite all of the havoc 2020 has wrought, local shopkeepers, restaurants, hoteliers and the Ocean City Beach Patrol said this Labor Day weekend was a great finale.

Facemasks were a must this year, after Mayor Rick Meehan extended his Boardwalk mask mandate, which expired last Monday, during Tuesday’s City Council work session.

Jones said almost all 120 members of the association reported full or nearly full bookings this past weekend.

She added that, based on personal observation, condominium parking lots were also looking full.

Like Jones, James thanked a pleasant forecast for the hotels’ success.

“That [good weather] alone made a lot of demand,” James said. He added that the group’s good fortunes extended beyond Labor Day weekend with full rooms all throughout the week.

This is a stark contrast compared to a month ago, when hoteliers were hit hard by a combination of Tropical Storm Isaias and Maryland being added to New York and New Jersey’s quarantine list.

James previously told Ocean City Today that the Carousel Group’s numbers were down 30 to 35 percent that first week of August.

Nevertheless, James said occupancy rebounded shortly after and he had not been too anxious heading into Labor Day weekend.

This weekend proved prosperous not only for hoteliers, but also retailers and restaurant owners.

“This definitely was a strong Labor Day weekend,” said Nancy Schwendeman, Ocean City Chamber of Commerce interim executive director. “I have been getting favorable [reports] from most businesses as they were happy to see the crowds.”

Jayne Bunting, owner of the Angler Restaurant on 312 Talbot St., said the number of people in the resort had been a pleasant surprise.

“There were quite a lot of people in town, the weather was great [and] so we actually had a very, very good Labor Day weekend,” she said.

Indoor dining resumed in early June, but restaurants were only allowed to operate at half capacity.

Bunting said her restaurant had the space to accommodate a sizeable outdoor dining area, which helped make up for the halved indoor space.

“We still had a very good Labor Day weekend even with the limited hours and the capacity [restrictions],” she said. “For what we’re allowed to do, it was comparable [to last year].”

“It was a typical holiday weekend,” he said. “I was anticipating a little worse and was relieved that it was manageable.”

He said he looked forward to putting this extraordinary summer in the record books and regrouping for next season.

While local businesses were busy this year, Beach Patrol had a rather mild weekend, Capt. Butch Arbin said.

The Beach Patrol had a rough spring with several recruitment dates canceled because of the virus.

Somewhat shockingly, however, the group recruited more personnel than it had in previous years, Arbin said.

This meant 40 stands and around 100 personnel stood guard this past weekend, compared to 20 stands last Labor Day weekend.

From last Saturday through Monday, the Beach Patrol made 91 rescues — five on Saturday, one on Sunday and 85 on Monday.

In comparison, last year the group made 239 rescues, with 153 that Sunday alone.

As always, Arbin said the rescues had little to do with crowd size and depended on water and weather conditions.

As for the crowds, Arbin said he repeatedly saw beachgoers spread out  and distance themselves from each other — so much so that Beach Patrol ATV’s had difficulty traversing the beach in some areas.

While a few members did contract covid-19, the majority of those who reported symptoms and got tested came back negative, Arbin said.

Lifeguards are required to complete a wellness check, which is then reviewed by Arbin.

If a lifeguard fails the wellness check or reports symptoms, he or she is not allowed to work and must stay home, get tested and quarantine if positive.

While Labor Day weekend marks the last major event for the Beach Patrol, members will continue to oversee the beach from 10 a.m. to 5:30 p.m. until Sept. 27.

As another summer comes to an end, business owners will take a deep breath and begin preparing for next summer.

“I would like to say thank you [to our guests] because we actually survived and had a good season,” Bunting said. “Everybody has been safe and we’ve been able to stay open and we really thank our guests for taking covid-19 safety precautions seriously.”