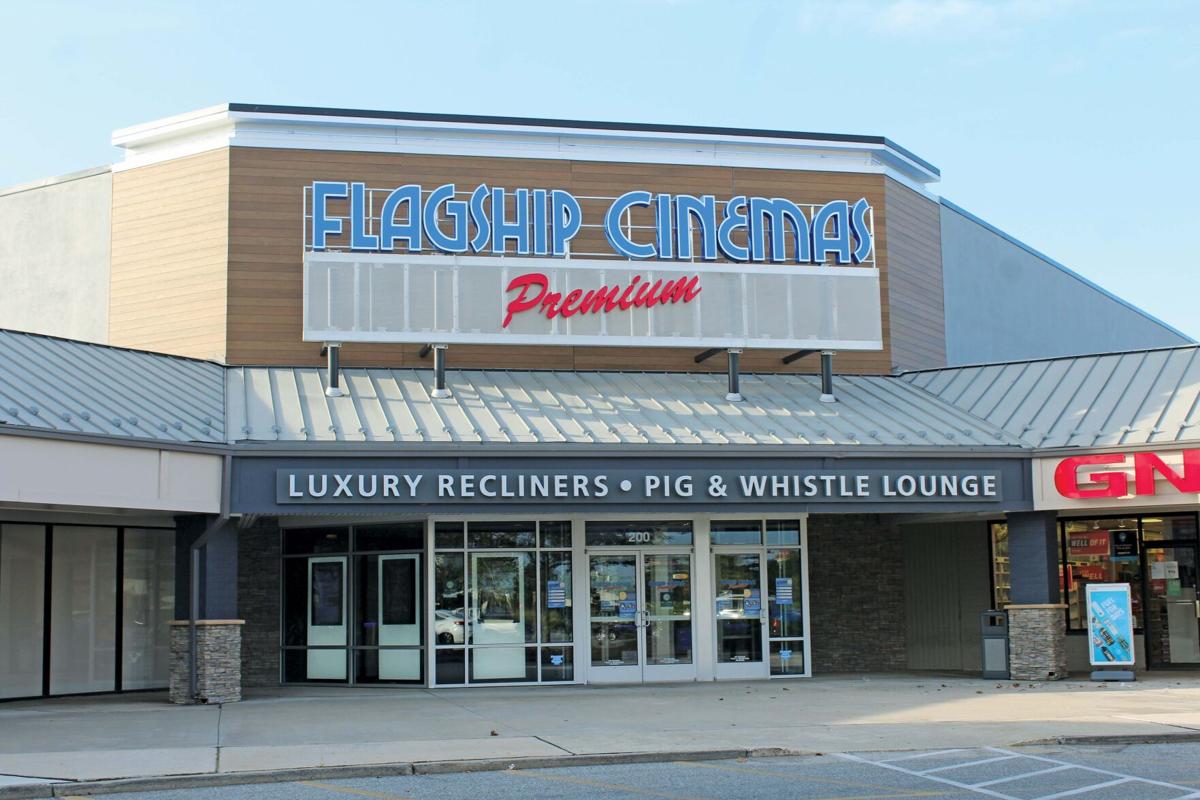 Flagship Cinemas in the White Marlin Mall in West Ocean City has employees wear both face shields and masks to create a safe environment for indoor movies. 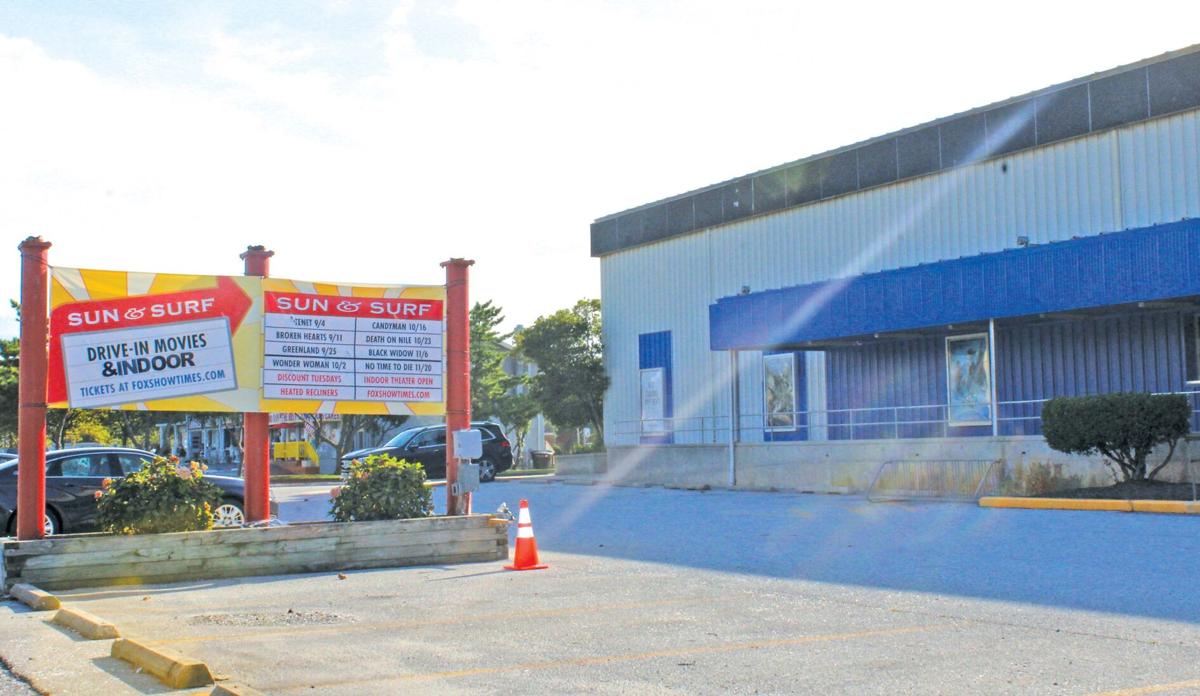 Before it could re-open the indoor theater, Sun & Surf on 143rd Street held drive-in movies in the parking lot. 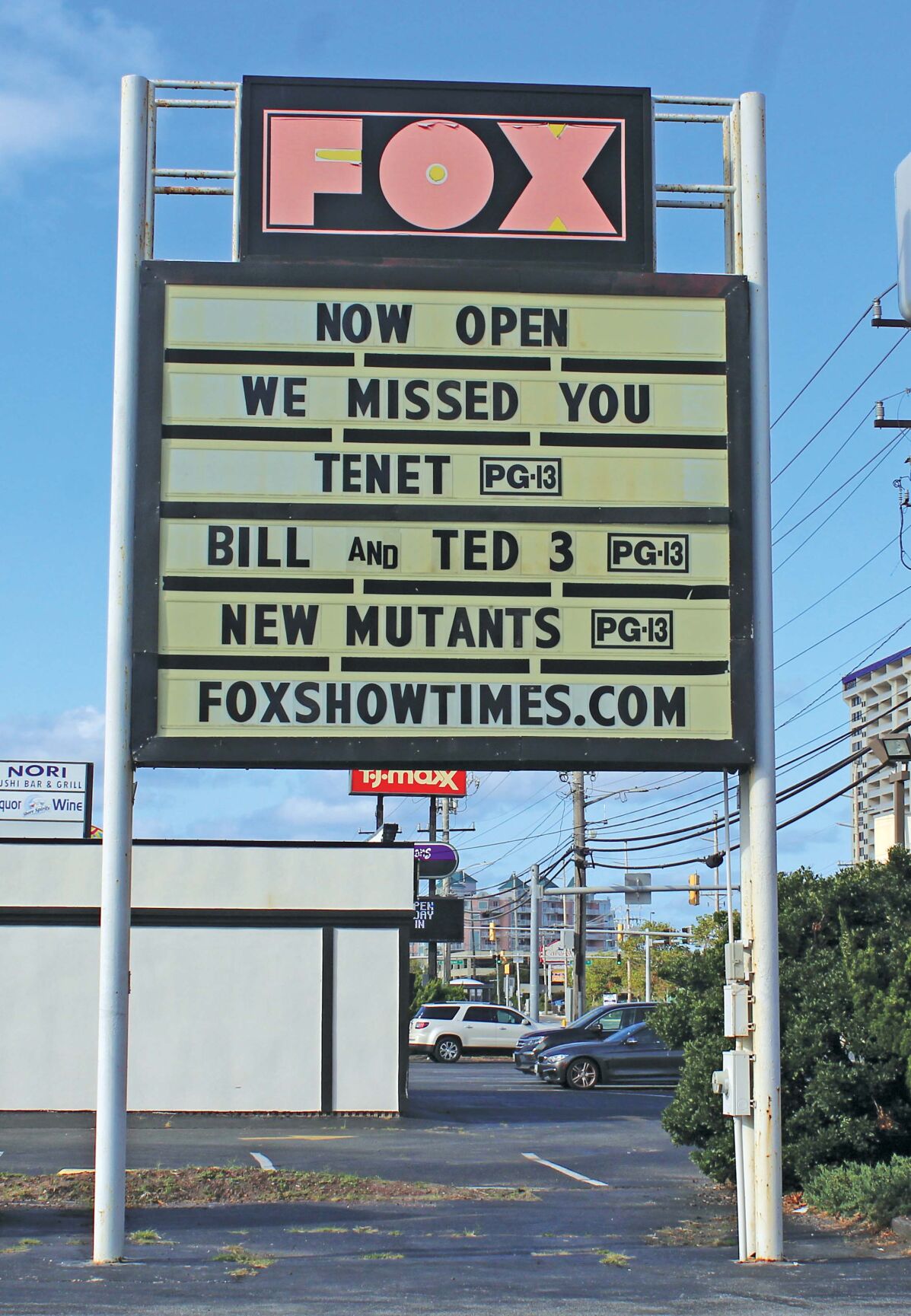 The Fox Gold Coast movie theater on 112th Street reopened Friday, Sept. 4, as Maryland moved into stage three of the Roadmap to Recovery.

(Sept. 11, 2020) Movie theaters are open again, as Maryland moves into phase three of the Roadmap to Recovery.

Movie theaters have been closed since March because of the coronavirus pandemic, but that changed last week when Gov. Larry Hogan announced the shift to a less restrictive approach to covid-19 safety as the disease’s spread slows in the state.

“Our ticketing software has it built in, so when your family purchases a block of tickets, let’s say you purchase four tickets, the two seats on either side of your family are automatically blocked off so that other people can’t sit right by you,” Graff said.

The theaters are limited to half capacity. Graff said there are also enhanced cleaning practices that include a thorough cleaning after every show.

“We also have staggered show times so that customers that are coming in from one show aren’t coming in as the same time as customers for a different show,” Graff said.

Concessions can be purchased online, so customers can pick them up and have the snacks delivered to their seats.

“There’s social distancing markets in the lobby and there’s Plexiglass between the employee at the register and the customer so that it is still a safe experience if people want to purchase concessions at the theater,” Graff said.

When eating popcorn or candy, customers can remove their masks.

Before movie theaters in Maryland could open, Sun & Surf held drive-in movies in its parking lot.

“We encourage people to stay in their cars, so they can sit outside in a chair right by their car, but away from other customers,” Graff said.

The drive-in movies started with classics, such as Grease and the Breakfast Club, and have now moved on to new releases, like Tenant.

Janet Oprendek, vice president of operations, said masks will be required for customers and employees. The theater, which is limited to half capacity, has signs reminding people to social distance and indicating where they should stand or walk.

Flagship also has a new seating system that will remove seats next to where a group or individual reserves seats.

“I think that gives people peace of mind,” Oprendek said. “In front of them and behind them, as far as rows are concerned, our recliners have an adequate amount of space — it’s more than six feet.”

She added that there are enhanced cleaning measures – everything in the theater and all the seats and cleaned.

Before arriving to work, employees must go through a screening test.

“When they’re at work, we have a person concentrating on the cash register and somebody else who is bringing out concessions and wearing gloves,” Oprendek said. “We’re really keeping everything in mind to be as safety conscious as possible.”

Hand sanitizer and wipes will be available to guests. Movie times will be slightly different – shows starting after 8 p.m. will only be available on Friday and Saturday nights.

Oprendek said it has been a challenge to be closed for so long and then have to learn new protocols.

“It’s been worth it to see all the customers come back and be open again,” Oprendek said.

She expects the weekends to be busier than weekdays.

“September’s always been a slower month because people are getting back to school, but I think it’s going to ramp up as the months go along, especially with the new movies coming out,” Oprendek said.

Both Fox Theatres and Flagship Cinemas have joined CinemaSafe, a national covid-19 safety protocol for movie theaters commissioned by the National Association of Theatre Owners. According to the association, the guidelines were created by epidemiologists.

A mix of clouds and sun during the morning will give way to cloudy skies this afternoon. High 73F. Winds SW at 10 to 15 mph.