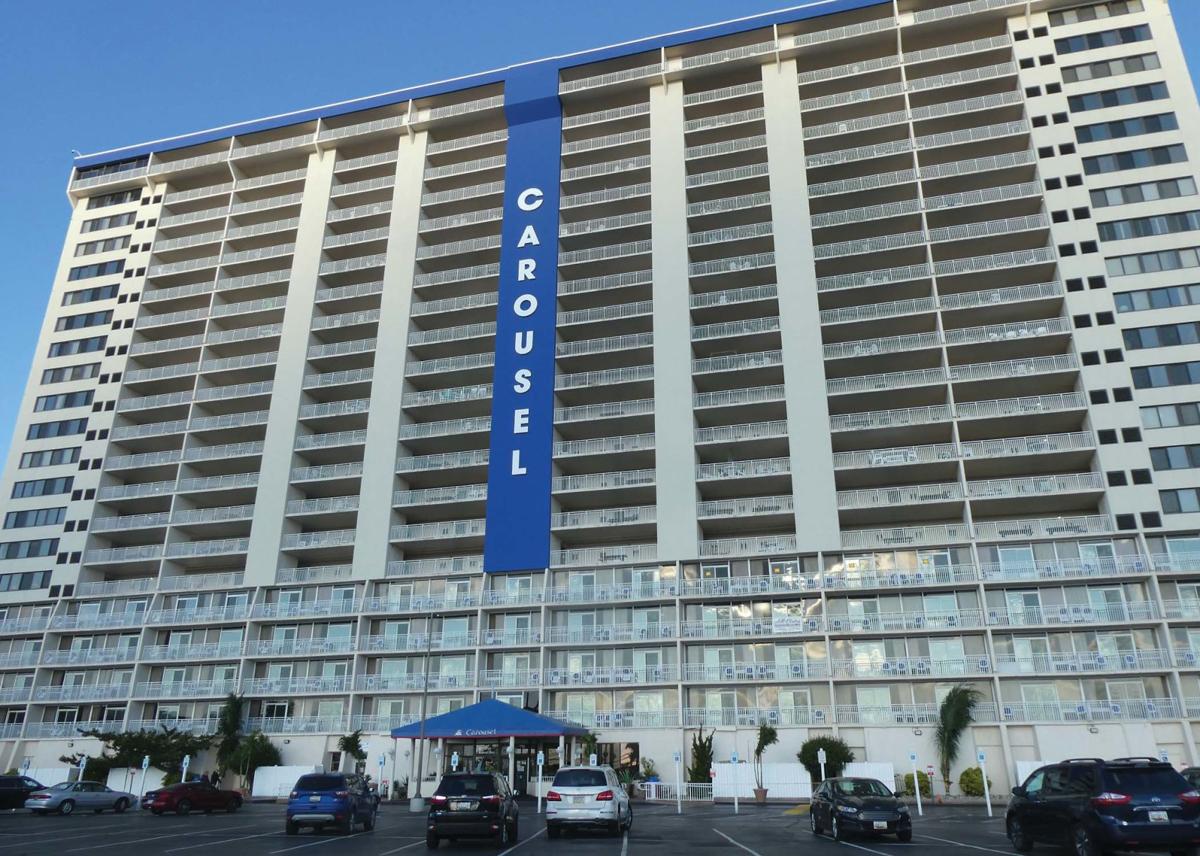 The Carousel Hotel, located on 118th Street, had 18 rooms reserved for Memorial Day Weekend as of Wednesday. 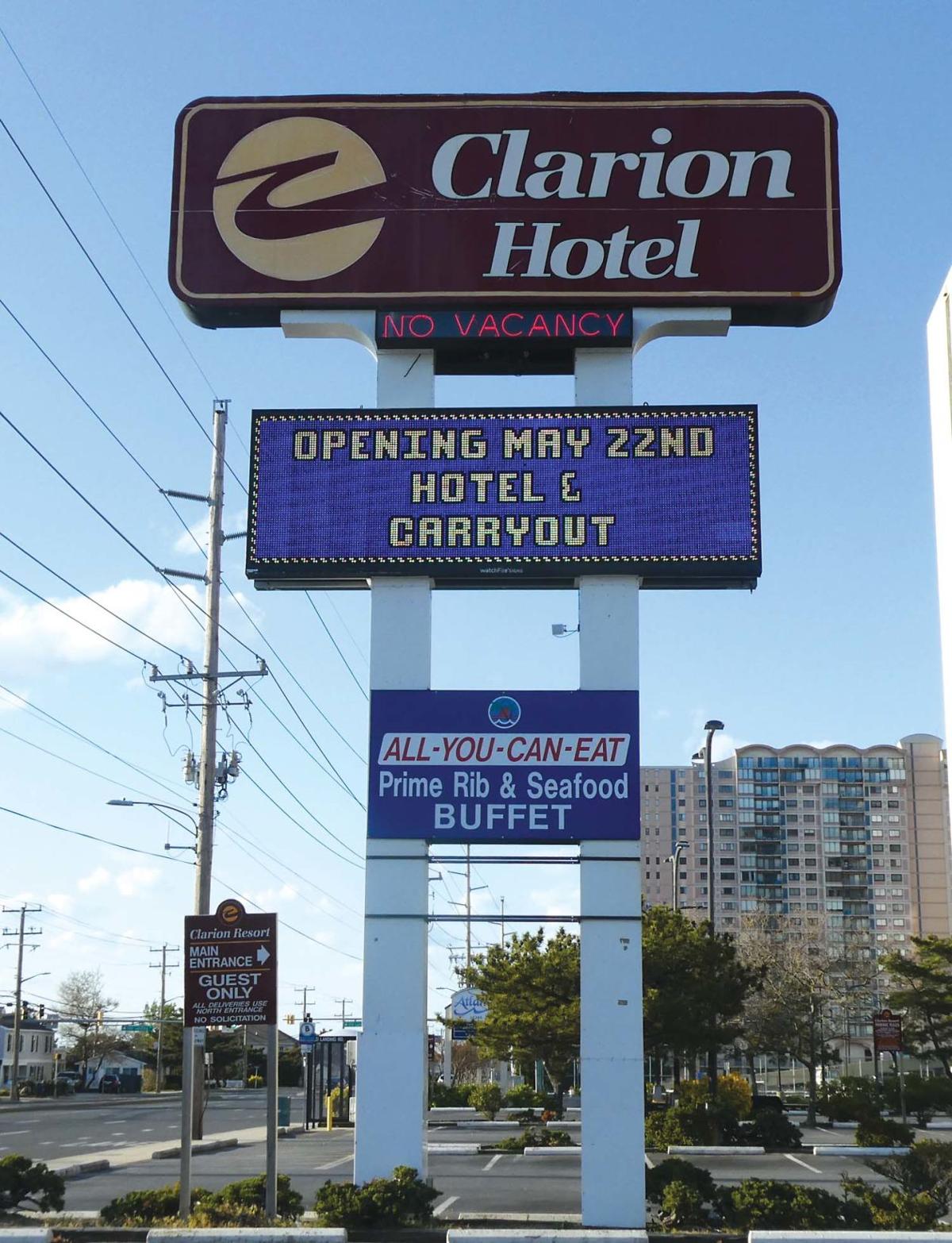 The Clarion Hotel, located on 101st Street, plans to disinfect all guest rooms, public spaces and high-touch areas the week leading up to their opening day on May 22.

Reservations likely to arrive slowly, estimated to pick up in second half of summer

(May 15, 2020) For the past two months, seven Ocean City hotels have been open to essential personnel during the coronavirus pandemic. On March 31, Ocean City Mayor Rick Meehan and City Council made an emergency declaration to restrict short-term rentals through April 30 and later extended to May 22.

The declaration asked for voluntary compliance. The city has not indicated how it would respond to a hotel in violation.

Susan Jones, executive director of the Hotel-Motel-Restaurant Association, said the properties that have closed due to financial reasons will need to take baby steps to open safely and slowly.

“They will need to flush all the water lines, perform the enhanced environmental sanitation procedures in all the rooms, not to mention finding people to return to work,” Jones said. “These things will all take time.”

During an Ocean City tourism meeting on Monday, Jones suggested that the resort provide a social distancing itinerary, such as ordering take out and eating on the beach and Boardwalk.

Michael James, managing partner of the Carousel Group, said that the group’s seven hotels will open on May 22 and are taking reservations for that time. As of Wednesday, James estimated that the hotels had about 15 percent of rooms reserved for Memorial Day Weekend, but that it could pick up to 35 percent with the stay-at-home order lifted.

The Carousel Hotel has 18 rooms reserved for that weekend out of 259 total. The other six properties are also taking reservations.

“They’re [reservations] getting back to normal now, but for the past seven weeks, they’ve been very soft,” James said. “I would say starting at the end of last week, they really started to pick up and over the weekend, they picked up even more.”

He expects to be fully staffed for Memorial Day Weekend.

James said the hotels will have several safety measures, including Plexiglass shields for the front desks and social distancing guidelines on the floors.

“Any type of outdoor seating that we might be available will be spread out and we’ll use signage to remind people to be respectful of other people,” James said.

He added that checking in remotely and paying in advance will be an option for those who want.

He expects to have a slow first half of the summer and then a return something that’s closer to normal by the second half.

Mark Elman, general manager of the Clarion off 101st Street, said the Clarion will also open on the 22nd and is taking reservations for the summer. Reservations have been slow there as well.

“I think there’s still a lot of unknowns and questions as to what else besides hotels and carry out will be offered,” Elman said. “We don’t know if our pools will be allowed to be open or if the health club will be allowed to open, so I think people are calling with more questions than are wanting to reserve right now.”

To prepare, the Clarion brought back its housekeeping staff on Tuesday.

“We’re currently going through all of our guest rooms and all of our public space, cleaning and disinfecting all of those areas, all the high touch areas, removing all of our room service menus, all of our pens and notepads and things that are high touch items that guests would possibly utilize,” Elman said.

As of Wednesday, the Clarion only had 10 rooms booked for Memorial Day Weekend, which Elman partially attributes to surrounding states having stay-at-home orders still in effect.

“I think it’s going to be a slow progression,” Elman said. “I’m anticipating that the July and August will be not like previous summers, but at least a lot better than May and June will probably be.”

The hotel plans to have a winter staff for the first couple weeks and then transition to a full staff as the summer business picks up.

“We are doing whatever safety measures that we can do to make sure our employees are safe and that when our guests do start arriving, that their safety as well is important to us,” Elman said.

Dune’s Manor on 28th Street said they are taking reservations for the summer and have been taking in more reservations than cancellations, but have not yet determined its opening day.

Overcast. A stray shower or thunderstorm is possible. High around 70F. Winds SSW at 10 to 15 mph.

Scattered thunderstorms in the morning followed by a few showers in the afternoon. High around 75F. Winds SW at 5 to 10 mph. Chance of rain 40%.