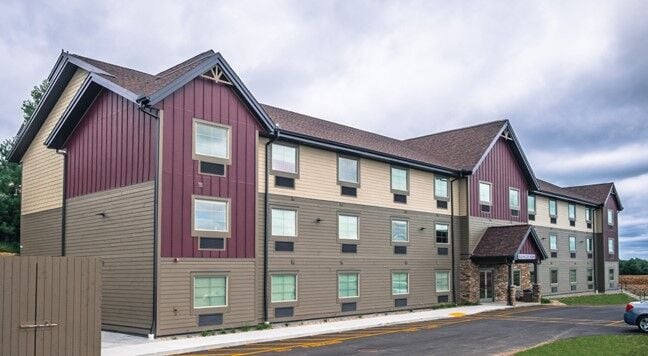 Wisconsin-based Holtz Builders Inc. is working with the town of Ocean City on bringing dormitory housing, like the building above, to the resort to house seasonal workers. 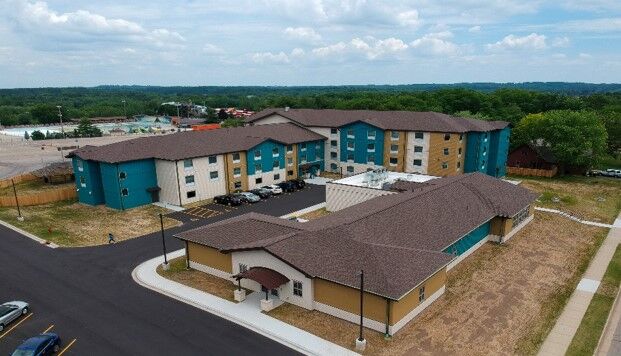 Wisconsin-based Holtz Builders Inc. is working with the town of Ocean City on bringing dormitory housing, like the buildings above, to the resort to house seasonal workers.

Wisconsin-based Holtz Builders Inc. is working with the town of Ocean City on bringing dormitory housing, like the building above, to the resort to house seasonal workers.

Wisconsin-based Holtz Builders Inc. is working with the town of Ocean City on bringing dormitory housing, like the buildings above, to the resort to house seasonal workers.

A Wisconsin builder’s plan to build dormitory-style housing in the downtown section of Ocean City may have hit a snag, as the organization that owns one of the properties being considered for development has decided not to participate.

The dorm-like building has been proposed as one way to alleviate the housing squeeze for seasonal workers. In a resort area like Ocean City, which sees up to eight million people annually, it can be difficult for the 4,000-plus J1 student workers and those closer to home to find a place to stay.

“We are in, what I believe, is a crisis here in Ocean City,” Greater Ocean City Chamber of Commerce Executive Director Lachelle Scarlotto said.

On Tuesday, the tourism commission met virtually with Dan Bullock, president of the Holtz Companies in Wisconsin to discuss an opportunity to build housing for workers at the resort.

Bullock’s company has created seasonal workforce housing in places like the Wisconsin Dells, and he is proposing a project to build residence hall-style buildings on a property between Dorchester and Somerset streets, as well as other locations such as 94th Street in Ocean City.

The Ocean City Development Corporation, which participates in planning building design and development of the downtown area, owns one of the properties being considered for development, but according to OCDC president Kevin Gibbs, they do not want to work with Holtz Builders.

Gibbs explained that OCDC owes money on the property and cannot give it away.

Holtz was also asked to present renderings to OCDC with commercial businesses on the floor level, and they did not meet the design standards for the downtown district, according to Gibbs.

Bullock told the commission he could provide commercial space on the first floor, but it would decrease the courtyard size.

“We requested multiple times ... and they did not meet a lot of the things for the board,” Gibbs said.

On Wednesday, OCDC Executive Director Glenn Irwin said a committee is still determining what it wants to see on the property as far as how much retail, housing, and workforce housing should go there.

Irwin said the OCDC owes $650,000 on the property, so the company cannot give the property away until that debt is cleared.

Director of Tourism Tom Perlozzo said on Tuesday this is a $20 million project that, along with helping J-1 students, can provide seasonal housing for the Ocean City Beach Patrol and seasonal police officers.

The only holdups are the exact locations have yet to be defined and a memorandum of understanding is not in place.

Perlozzo told the commission the project would come at no expense to the city. Instead, the builder would take ownership of the land and would operate the facility.

The tourism commission did not act on the project on Tuesday, deciding that more research and work are needed.

This story appears in the print version of Ocean City Today on Sept. 17.

Some clouds in the morning will give way to mainly sunny skies for the afternoon. High near 75F. Winds W at 10 to 15 mph.