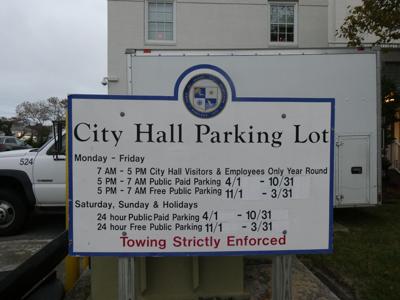 At least, for now, as Ocean City Council members expressed at Tuesday’s work session that they had no intention of letting the issue die.

“I would like to consider at both budget time and next year that we consider the potential of expanded paid parking in 2021 and 2022,” Councilman Tony DeLuca said. “That’s [more paid parking] not a closed issue … whether we do it as a task force or a voting council.”

City Engineer Terry McGean outlined a year’s worth of ideas hashed out between task force members from March 1 to Nov. 6.

From those meetings, the task force made four recommendations:

• Do not expand paid parking in the city.

• Elimination of the Park and Ride shuttle fee.

• Do not convert parking on the west side of Philadelphia Avenue between North and South First Streets into paid parking.

If adopted, the city stood to make an additional $900,000 in revenues, McGean said.

“The task force is going to consider, when they meet in the fall of 2020, the potential for expanded paid parking for 2021, 2022?” DeLuca asked McGean.

McGean replied that the report he had presented would be the last of its kind, and that the task force had no plans to meet in the future, unless directed to do so by the mayor and City Council.

DeLuca was not the only council member with concerns about ending the expansion conversation.

“For all of these (task force) votes, we never had a quorum,” Councilwoman Mary Knight said. “There were many people missing, so even though the vote went the way it did, there might have been only six people voting.”

“Of all the meetings, Chris Mitchell [of Coldwell Banker real estate] and I were the only two to attend all of the meetings,” Councilman Dennis Dare said, calling the vote “not conclusive.”

Dare said he wouldn’t “paint himself” in a corner over the parking issue, and agreed with DeLuca that it should be kept as an option in the future.

“I won’t vote for other revenue enhancements until we do something about making parking pay for more of the expenses that we incur,” Dare said. “Beach replenishment costs us half a million a year, Beach Patrol’s over $2.4 million, Public Works Boardwalk is about $730,000 a year, Public Works beach cleaning is a $1 million a year and solid waste is $75,000 — $4.8 million [total] for the beach and Boardwalk.”

Another recommendation that worried the council was the suggestion to eliminate the Park and Ride shuttle fee of $3, which would reduce revenue by $86,000.

The city would continue to charge the shuttle fee for special events and certain holidays.

While the revenue reduction was an issue, perhaps more important to the council was Maryland Transportation Administration grant funding that helps finance the shuttle service.

The council approved all recommendations except for the shuttle fee elimination, and remanded it back to staff for further analysis.