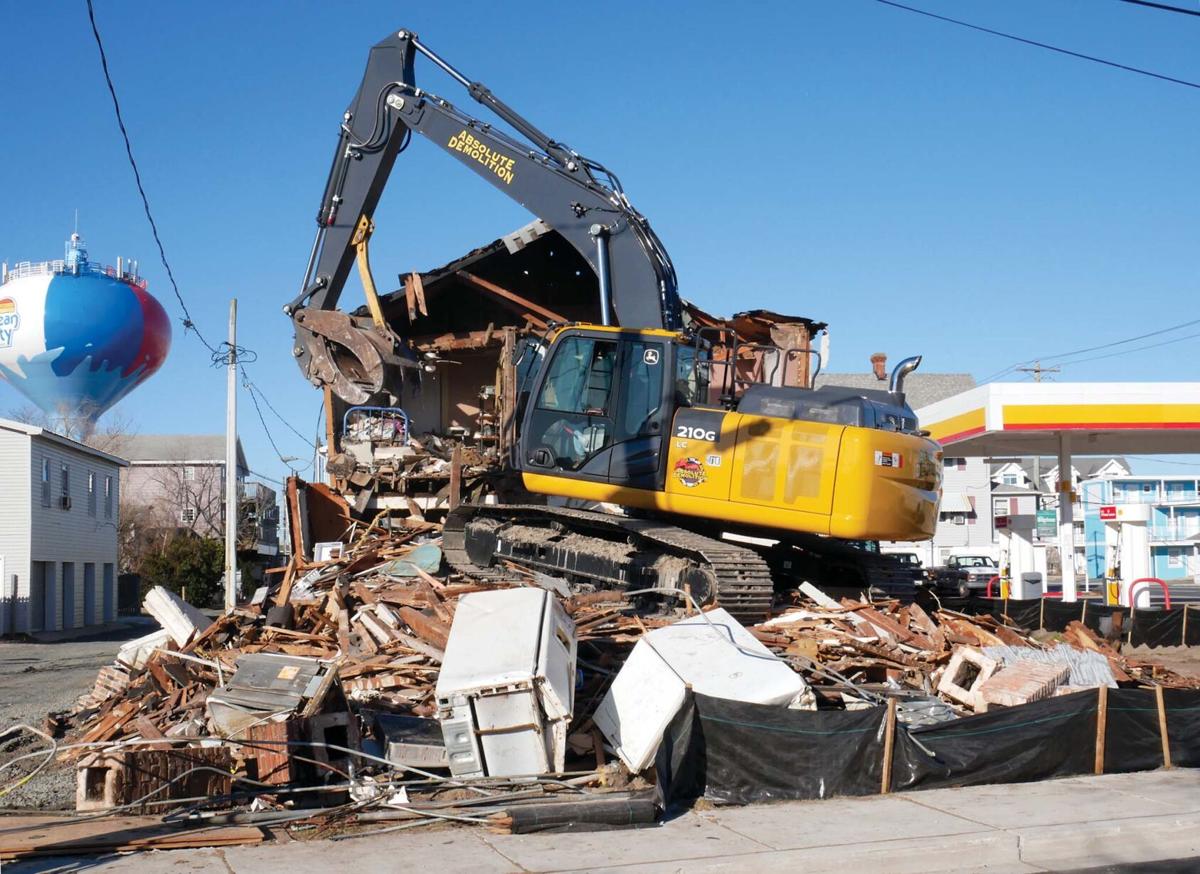 Crews with Absolute Demolition began tearing down the Bridgeview Apartment building on N. Division Street near the U.S. 50 bridge this week. 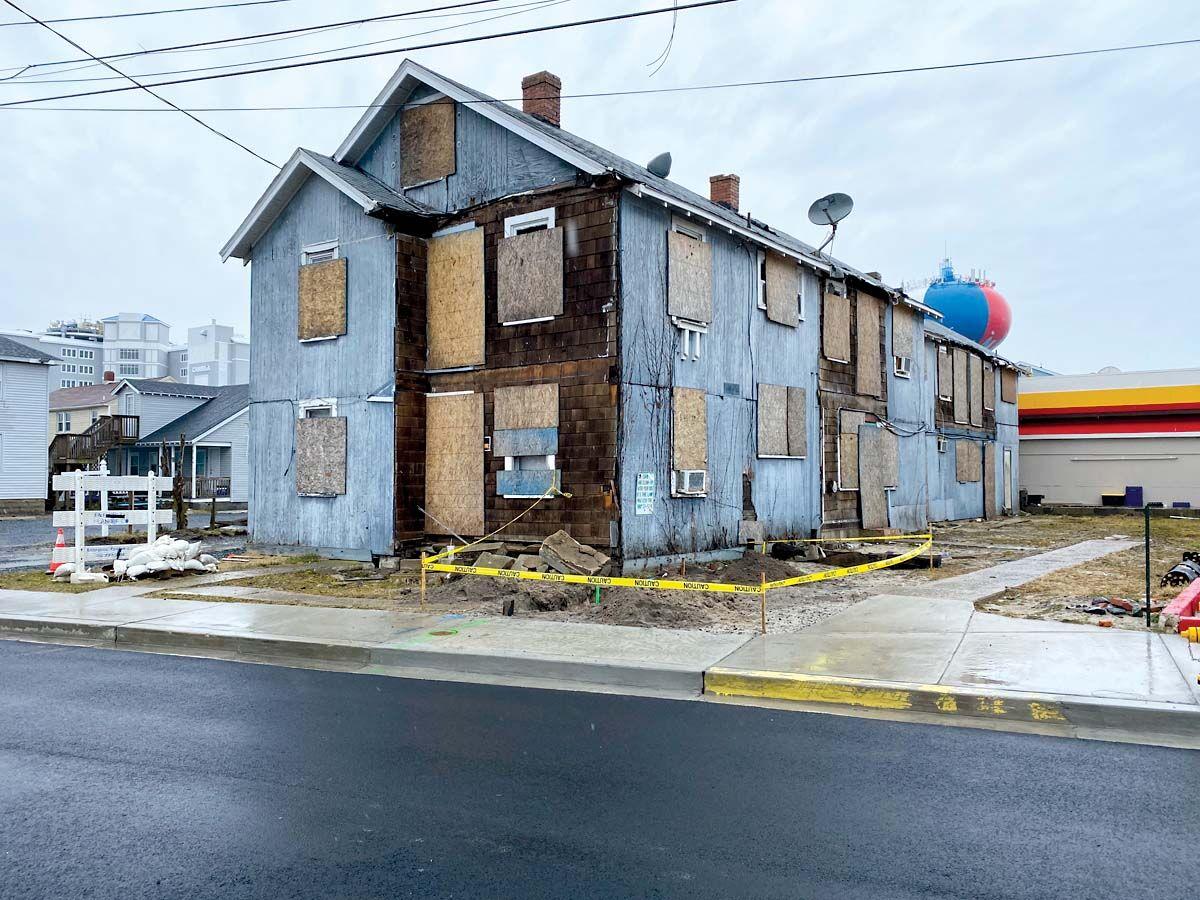 A boarded-up building on N. Division Street next to the U.S. 50 bridge was demolished this week. 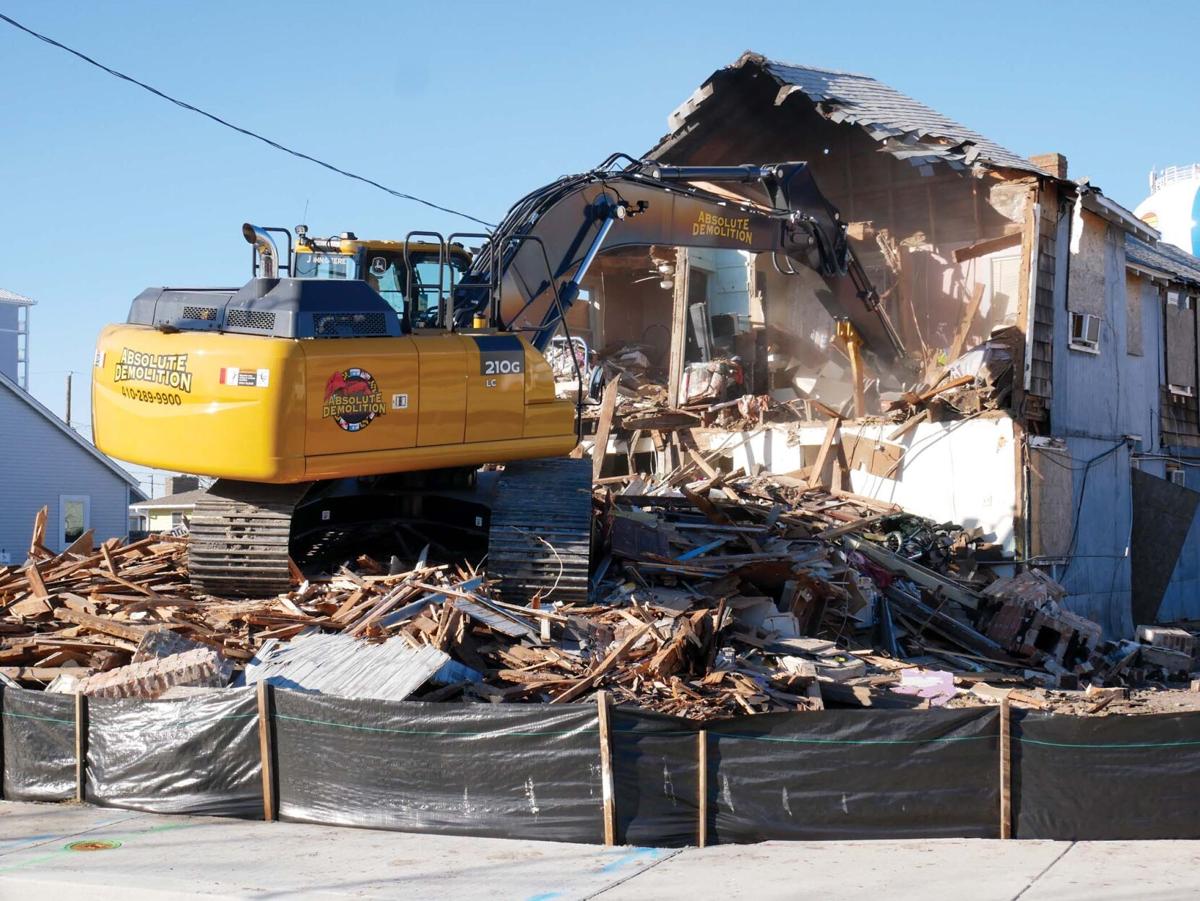 Absolute Demolition crews use heavy equipment this week to level the Bridgeview Apartment building next to the U.S. Route 50 bridge.

Crews with Absolute Demolition began tearing down the Bridgeview Apartment building on N. Division Street near the U.S. 50 bridge this week.

A boarded-up building on N. Division Street next to the U.S. 50 bridge was demolished this week.

Absolute Demolition crews use heavy equipment this week to level the Bridgeview Apartment building next to the U.S. Route 50 bridge.

(March 5, 2021) Crews from Absolute Demolition began tearing down a 91-year-old building on N. Division Street in downtown Ocean City last Thursday, after attempts to redevelop the eyesore resulted in failure.

Located at 206 N Division Street, the Bridgeview Apartments were next to Route 50 and were oftentimes the first building people saw when they drove into Ocean City.

As part of its effort to revitalize and clean up run-down buildings across town, the Ocean City Development Corporation — or OCDC — offered the owner of the building, Gerardo Mendez, $10,000 to demolish the multi-unit apartment building and he accepted.

“Through a program called ‘Development Assistance,’ we offered the owner $10,000 to take down the building immediately,” OCDC Executive Director Glenn Irwin said this week.

“From our side, we were concerned the building would remain for another summer...in a deplorable condition.

“We had interest in demolition because it’s not an attractive building to see when entering Ocean City,” he added.

Mendez could not be reached for comment on Monday.

In June 2019, Mendez proposed a row of four townhomes to replace the dilapidated building on the corner of North Division Street and Dayton Lane, just behind a Shell gas station.

Each unit was expected to have two bedrooms each with two parking spaces, and even though the project received site plan approval, it never lifted off the ground.

Since then, the building continued to operate with numerous code violations and was boarded up. When asked about the code violations and the fines associated with them, Irwin deferred questions to Bill Neville, the director of planning and community development in Ocean City. Neville could not be reached for comment.

But along with code violations, the building also fell victim to arson last September.

In the early morning hours on Sept. 29, a nearly 10 foot by 20-foot section of the unoccupied building went up in flames. Charles Correll Jr., who was in the process of purchasing the property, was accused of setting the structure ablaze.

Still, the OCDC found an opportunity to eliminate an eyesore in its efforts to revitalize and improve the image of downtown Ocean City.

Irwin said his organization offers several programs to help building owners clean up their buildings, including facade assistance. Several buildings in the downtown section of the city have been able to take advantage of the program, though the Bridgeview Apartments could not.

Instead, the best solution, Irwin said, was to work with the owner to come up with a plan to demolish the building. He added that when Mendez provided the cost to take down the building, OCDC was able to use money it had raised to bring in Absolute Demolition of Ocean City.

This is the first time the organization used money to demolish a building that was not being renovated, according to Irwin.

Some clouds this evening will give way to mainly clear skies overnight. Low 46F. Winds light and variable.