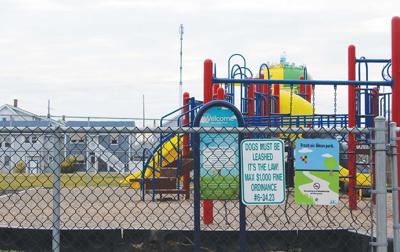 (Feb. 14, 2020) Ringing in a new decade, the Ocean City Recreation and Parks Department is determined to begin piecing together renovations to the Downtown Recreation Complex.

“In 2007, we actually did have a master plan done for that park,” Parks Director Susan Petito said. “We went through the whole process, [but] when we went to move forward with the project, the town did not actually own the property, it was owned by the county. The town didn’t want to invest funding into something they didn’t control.”

Further compounding the issue was the 2008-09 real estate market collapse, when property values and the tax base declined. With money tight, the downtown complex was shuffled to the bottom of the city’s priority list.

Nevertheless in 2014, Worcester County officials agreed to give the deed to the park to the resort, and with a recovering economy the timing was perfect to reignite the park renovation project.

“We did a parks inventory in December 2015, and then we hired the Salisbury University’s BEACON group to do a vision survey … to get some feedback on the parks. Then we held our community meetings in October and November of 2016, and February of 2017 ... and then we did a council survey in October of 2017,” Petito said.

Using all of the data collected by the survey and the community outreach, Petito and the Recreation and Parks staff created a parks master plan.

However, internal back-and-forth among Recreation and Parks Committee members, as well as disputes among council members, halted the project once again.

As Ocean City Today reported in July 2017, former councilman and current Del. Wayne Hartman, who chaired the Recreation and Park Committee at the time, argued the plan needed to go before the mayor and council, as the three councilmen on the committee could not come to an agreement.

“We need the consensus of the council before we spend any more time on this. It needs to be a priority to see where this whole master plan process needs to go,” Hartman said at a council meeting.

Nonetheless, the survey results that followed left city officials still divided, particularly on basketball courts and the skate park, and the project was stopped once again.

Finally, three years later, Petito announced at Tuesday’s Recreation and Parks meeting that City Manager Doug Miller had given her the OK to issues a request for proposals for the project’s design phase, which she hopes to have out by the end of this week.

She also announced that the Ocean City Development Corporation expressed its interest in aiding the Recreation and Parks department with the project.

“Once someone is selected, they will meet with us and the town and get some guidance on the direction we want for that,” Petito said.

To address the mayor and council’s interests, Petito will send out a streamlined checklist, per committee chair and Councilman John Gehrig’s recommendation.

As for costs associated with the project, Petito said her plan is to tackle the project in prioritized phases and apply for grant funding — a pay-as-you-go approach.

“If I can get the RFP out by the end of next week, and I can get something in mid-March, which we’re going to be in budget season right then, starting in April, we can get this work started,” Petito said.