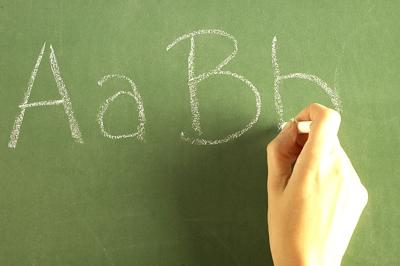 The Kirwan Commission workgroup, whose membership was announced last week, is a subcommittee of sorts charged with finding better ways to allocate millions of dollars in state funding to improve the state’s schools.

Dr. Jon Andes, executive director of the Eastern Shore of Maryland Educational Consortium, and former Worcester County school superintendent, said this group would work to decide how roughly $855 million would be distributed throughout the state.

However, the work group does not fully represent the entire state’s interests, he said.

“[The] 13-member commission that’s been appointed [is] all western shore folks,” Andes said. “There’s no one from the Eastern Shore or no one from rural communities on the commission.”

Senate President Mike Miller and House Speaker Adrienne Jones announced the funding work group appointments in a statement last week. Chairing the workgroup will be William E. “Brit” Kirwan, the former chancellor of the University System of Maryland, and for whom the commission is informally named. Its formal title is the Commission on Innovation and Excellence in Education.

Other members are from metropolitan area and suburban counties.

Recommendations from the funding formula workgroup are due by Nov. 1, according to a statement from Miller’s office.

Andes stressed the need to have statewide representation within the faction.

“It’s critically important that a representative of rural communities be in the room when people are making determinations with the distribution of state aid,” Andes said. “Without the voice of rural Maryland in that room, the needs of students in rural communities will not be met.”

Andes also pondered the how Worcester County would be treated.

“It could potentially negatively impact the funding formula, especially if the funding … is distributed based on wealth in terms of Worcester County,” he said.

“Right now, the current state wealth formula (as it pertains to Worcester) relies heavily on the assessed values of Ocean City properties, which erroneously ranks Worcester as one of the wealthiest counties in the state,” Carozza said. “This equation does not factor in that nearly 45 percent of Worcester students are enrolled in free and reduced meals.”

Locally, Worcester County Commissioner Bud Church appeared to be caught off guard when he learned of the makeup of the funding formula work group.

“I think that was a blatant mistake,” Church said. “We are a part of the state of Maryland.”

Church, who served on the county’s board of education for 10 years, said “we should have a seat at the table to discuss” issues affecting the school systems.

County Commissioner Chip Bertino also had reservations about whether Worcester will benefit from a revision of the funding formulas.

“I’m highly skeptical that we will. I mean if we don’t have a voice at the table, I think that the opportunities for us to benefit from the work is going to be minimal,” Bertino said. “I mean I hope that that’s not the case, but they have not demonstrated up to this point that they really have an interest in helping Worcester County.”

Andes previously said state funding for schools is distributed “inverse the wealth,” which puts Worcester at a big disadvantage. The state calculates wealth for school funding by comparing the total assessed value of real property in a county to its total population.

Worcester County receives the second lowest amount of state funding at $4,217 per student and some $26.5 million overall in fiscal year 2019.

Lou Taylor, superintendent of Worcester County Public Schools said more than $255 million in state funding for fiscal year 2020 was included as part of SB 1030, “The Blueprint for Maryland’s Future,” and of that Worcester County received just $688,000.

“Our board will be closely monitoring the activity of the funding workgroup as they begin to meet this summer,” Taylor said.

If the state’s funding formulas do not treat Worcester County favorably, Andes said funds would need to be supplemented by county government.

Mixed clouds and sun with scattered thunderstorms. Potential for heavy rainfall. High around 80F. Winds E at 10 to 15 mph. Chance of rain 60%.