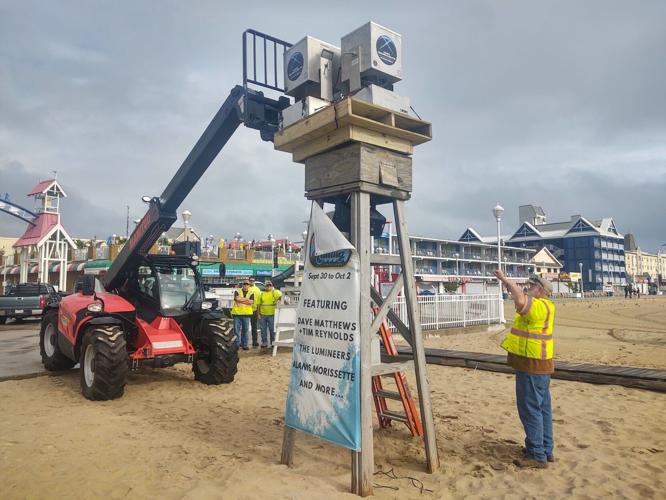 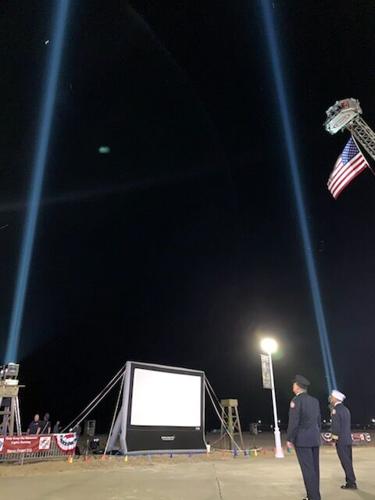 Coming off of a monumental 20-year tribute, two local groups are once again planning events to commemorate and pay respects on Sept. 11.

“The emphasis is on that we vowed never to forget,” said Kevin Knowles, the 9/11 committee chairman for the Ocean City Fire Department’s activities, set Thursday through Sunday.

Sunday marks the 21st anniversary of the Sept. 11 attacks that claimed the lives of nearly 3,000 people in New York City; Arlington, Virginia; and Shanksville, Pennsylvania.

Members of the fire department began their four nights of remembrance, which is becoming an annual tradition, last year. They lit up Ocean City’s skyline for four nights straight in remembrance of those who lost their lives in the Sept. 11 tragedy.

The skyline was set to be lit up again this year from 7 p.m. to daylight beginning on Thursday, and will continue Friday, Saturday and Sunday, with tribute videos at 7:30 p.m. nightly at the Ocean City Firefighters Memorial on the Boardwalk at North Division Street.

“We’re looking at this not only as a tribute but also as an educational opportunity for people to bring their families down to the memorial for the evening,” Knowles said. “And, participate and watch the videos and teach our young, for an event that happened 20-plus years ago that changed all of our lives forever.”

Knowles said they will begin at 8:50 a.m., the time when the first aircraft hit the first tower, and conclude at 10:28 a.m., when the second tower collapsed in 2001. The tributes will consist of announcements, followed by moments of silence.

Knowles added that members of the fire department’s ladies auxiliary will be on the Boardwalk all four evenings collecting donations before the video tributes.

“It’s strictly to help support the department to keep the lights on from year to year,” Knowles said. “… Any donations are greatly appreciated.”

Also similar to years past, the Red Knights Motorcycle Club, Maryland Chapter 3, will host a Parade of Brothers Sunday on the Boardwalk in remembrance of those who fought and died in the 9/11 attacks, followed by a memorial service on the Boardwalk at North Division Street.

Registration for the parade opens at 9 a.m. on the Boardwalk at 27th Street. The procession will begin at 11:30 a.m. and move south from 27th Street to the firefighters memorial, where the service will begin at noon.

The organizers asked the city for use of the Boardwalk at 27th Street for registration, police assistance with the parade, and a police escort out of town on Route. 50 after the service, as well as use of the public address system and podium, and motorcycle parking on North Division Street between the Boardwalk and Baltimore Avenue during the service.

This story appears in the Sept. 9, 2022 print edition of the OC Today.

Thunderstorms likely in the morning. Then a chance of scattered thunderstorms in the afternoon. High 73F. Winds ESE at 10 to 15 mph. Chance of rain 80%. Locally heavy rainfall possible.