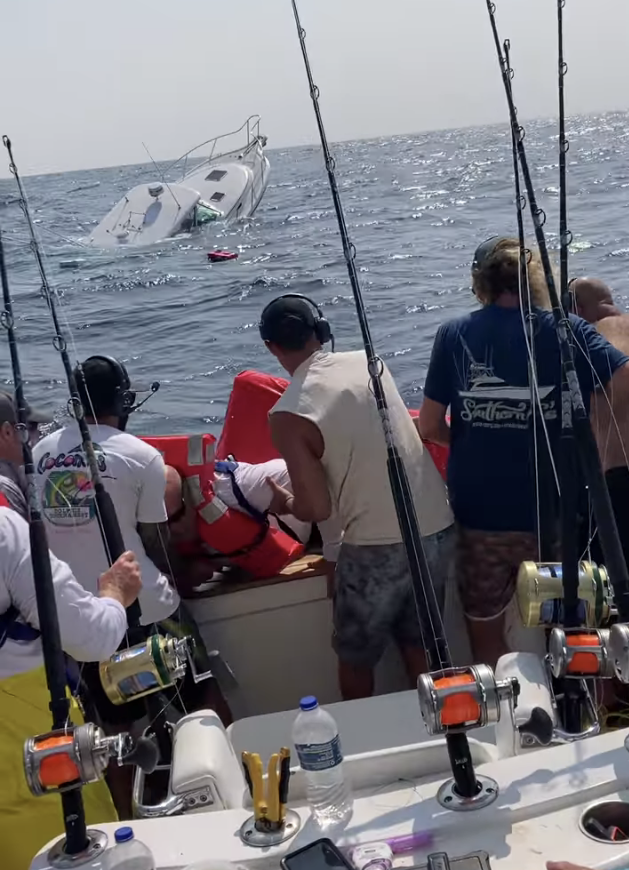 The crew of the Fishbone rescues six men fishing on Knot Stressin during Day 1 of the White Marlin Open, Monday. 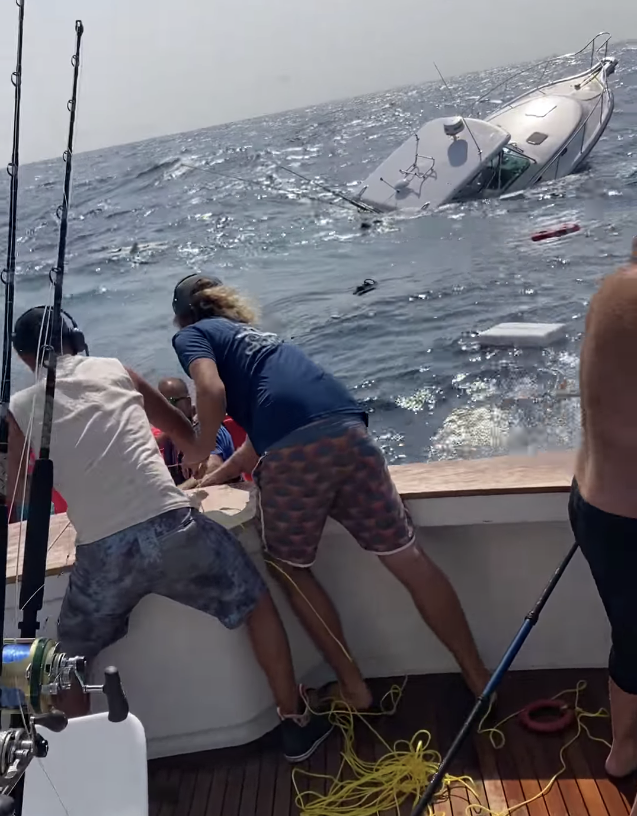 (Aug. 6, 2021) Joe Ward was still visibly shaken Monday evening after he and his crew rescued six men whose boat sank earlier that morning while fishing during Day 1 of the White Marlin Open.

“We had our full spread out – we were White Marlin Open fishing – we pulled our full spread in, motored over, and by the time we got there they were already in their life raft. Their boat was probably 80 percent down,” he said.

Ward said it took about four to six minutes to get from his fishing spot to the Knot Stressin, which was about 60 miles off the coast of Virginia.

“We were able to save them, and their beer,” Ward said. “They were backing down on a blue marlin. They said they blew their exhaust off at the hull or something, I don’t know exactly what happened, and they immediately started taking on water.

“They said they were fighting the fish standing in water. They said it was a big blue, but when they got in the life raft they let go of the rod.”

“The Coast Guard showed up about a half-hour later and pulled next to us and gathered all their information,” Ward said.

“If they got on the Coast Guard boat, the Coast Guard was going to take them down to Chincoteague. They chose to hang with us,” Ward added. “We fed them, we clothed them, we dried them, we got them everything they needed and they hung out for the rest of the day with us.”

Ward said his group fished the rest of the day, then headed back to Ocean City.

“They got off at our slip, which is at the marina where Harborside is, and their wives met them there,” Ward said at around 7 p.m., while watching the weigh-ins of the 48th annual White Marlin Open at Harbour Island Marina.

Because of the Fishbone crew’s heroics, the White Marlin Open will give the team an extra day of fishing. Teams are permitted to fish three of the five tournament days.

**More information will be added as it becomes available**

The U.S. Coast Guard and Maryland Natural Resources Police rescued four people from a sinking boat about 14 miles offshore on Saturday. No one was injured.

65°
Showers in the Vicinity