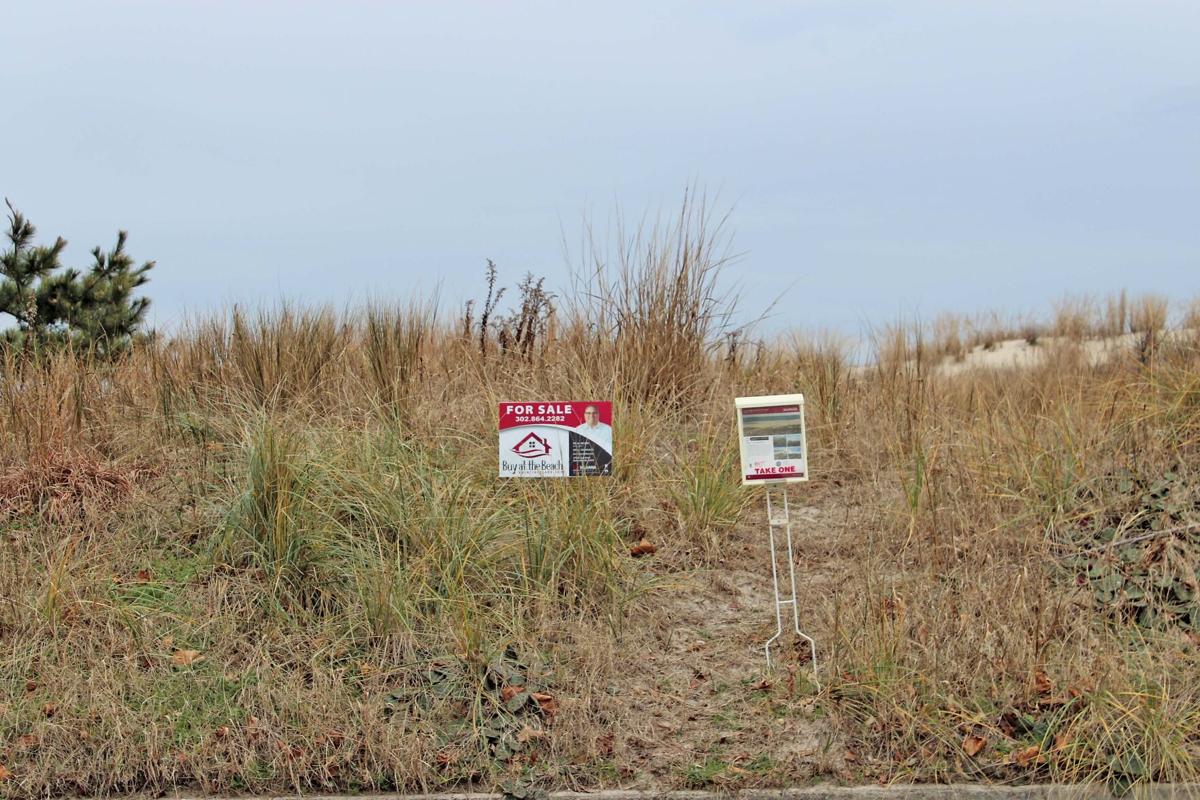 The presumed last parcel of undeveloped oceanfront property in Ocean City is on the market along with a second lot, where a cottage sits, on 137th Street for $3.5 million.

(Jan. 15, 2021) Few people probably even knew there was one, but what is believed to be the last parcel of undeveloped oceanfront property in Ocean City is on the market for $3.5 million.

Jeff and Stuart Mumford are selling that piece along with a second lot with an existing cottage on 137th Street, which has been in their family since the 1950s.

How the property came to the family is one of those odd series of occurrences that would not even be dreamed of today. Originally, the Mumford’s grandfather, Walter Long, lived in Selbyville and was involved in the strawberry crop.

“Then, there was a blight with the strawberries, so they stopped picking them,” Jeff Mumford said. “In the meantime, there were migrant shacks for the strawberry pickers. So, when the strawberries stopped producing, they would go to the beach in the summertime.”

As the family folklore goes, Long had a pair of oxen haul a migrant shack to what was then Fenwick Island, Maryland, about 15 miles from Selbyville. He placed the migrant shack in front the Fenwick Island Lighthouse on the sand dunes on the Maryland-Delaware line.

Long ran into a problem, however, because he did not own the property on which his cottage sat.

“So, he went down to 137th Street in Ocean City,” Mumford said, adding that at the time Ocean City was undeveloped north of Ninth Street. “Everything else was just sand dunes. It was basically a dirt road down to Ocean City from the Delaware line.”

After talking Ocean City into replotting the property on 137th Street and Wight Street, Long bought a lot for the cottage that went east-west instead of north-south in 1951 from the Fenwick Corporation, according to the deed.

He then hauled the cottage down to 137th Street and put it on pilings.

Long had three children, two daughters and a son. One daughter, Agnes, was Jeff’s and Stuart’s mother. The Long siblings shared the cottage during the summers.

“Each person had a month and it would rotate,” Mumford said. “[My grandfather] didn’t like the beach. He ended up going where the (Fenwick) ditch is … and building a house there and he built a wharf, and he had the ability to go crabbing, fishing [and] clamming instead of going out on the beach and sitting there watching the waves roll in.”

When Long decided he did not want to maintain both houses, he asked his children if any of them were interested in buying the cottage.

His parents, Warren and Agnes Mumford, purchased the property in 1960.

“My father gave my grandfather and my grandmother $3,000. Well then, my grandfather in return gave each of his [children] a thousand dollars, so my mother got another thousand,” Mumford said with a laugh. “So, it only cost $2,000. Back then, the property values weren’t too great as you can imagine today.”

Mumford and his brother grew up in the cottage. At 14 years old, Mumford began working at what was then Warren’s Family Restaurant. In 1971, Warren D. Johnson sold Warren’s to two of his former employees, Mumford, and his wife, Paula. The restaurant is now run by their son and daughter-in-law.

In 1962, the most destructive nor’easter ever to hit this coast, the Ash Wednesday Storm, almost washed away Ocean City and changed the shoreline in Maryland.

“[The] ’62 storm came, and we had a 10-foot drop out of our front door right into the sand,” Mumford said. “The front pilings along that edge of the house were gone. So, approximately one more high tide would have come, the house would have been gone. Further north of us, a lot of houses were lost. A lot of the houses were destroyed, but luckily that big sand dune in front of us, I think, that saved us.”

Warren and his brothers, Charles, Isaiah, William and Dale, worked at Mumford Sheet Metal Works that Charles started in 1933.

“My father went down with the crew that he worked with at the shop and they found telephone poles that were strung,” Mumford said. “They went and propped them underneath the cottage, so it wouldn’t fall down. They fixed it that way.”

Mumford added that when his parents bought the property from Long, they did not expect anyone to build that close to the ocean and block the view from the cottage.

“Lo and behold, they started,” he said. “[My father] decided to protect himself. He found out who owned it, that front lot, and purchased it for like $6,000.”

Now that the Mumford family does not use the cottage, they have put it on the market.

“My father had lifetime rights to the cottage, so subsequently, it stepped up value when he passed. So, we don’t have to worry about capital gains,” Mumford said.