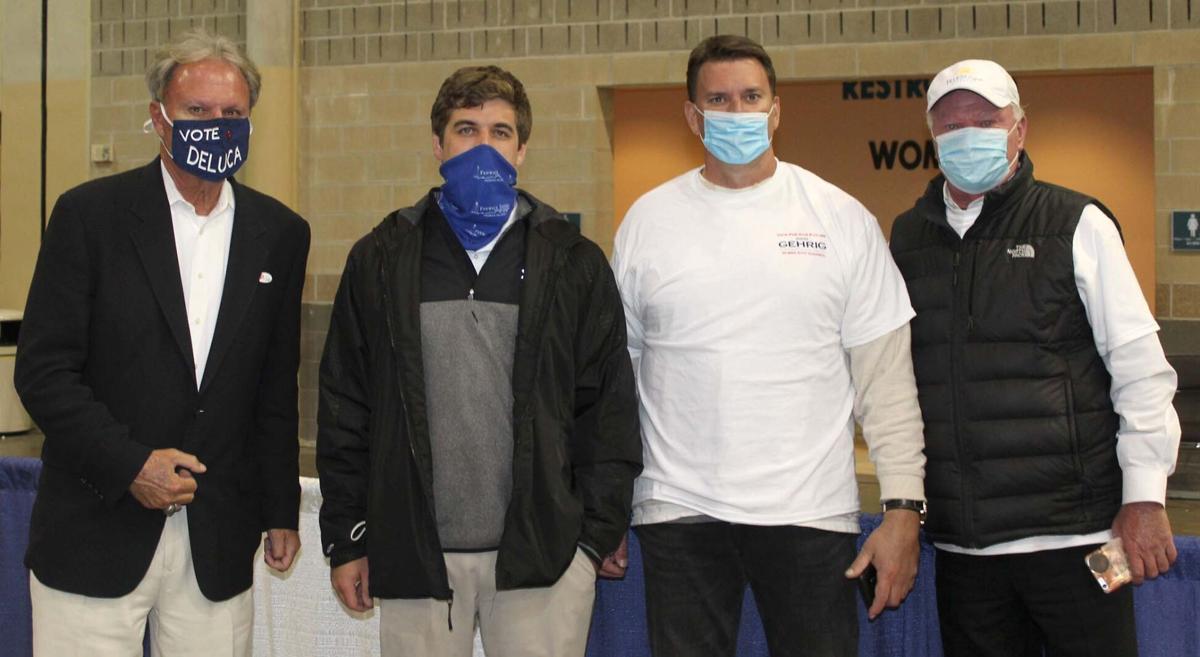 Attorney Peter Buas showed up and showed out during Tuesday night’s election announcement, with dozens of friends and family members there to support him. 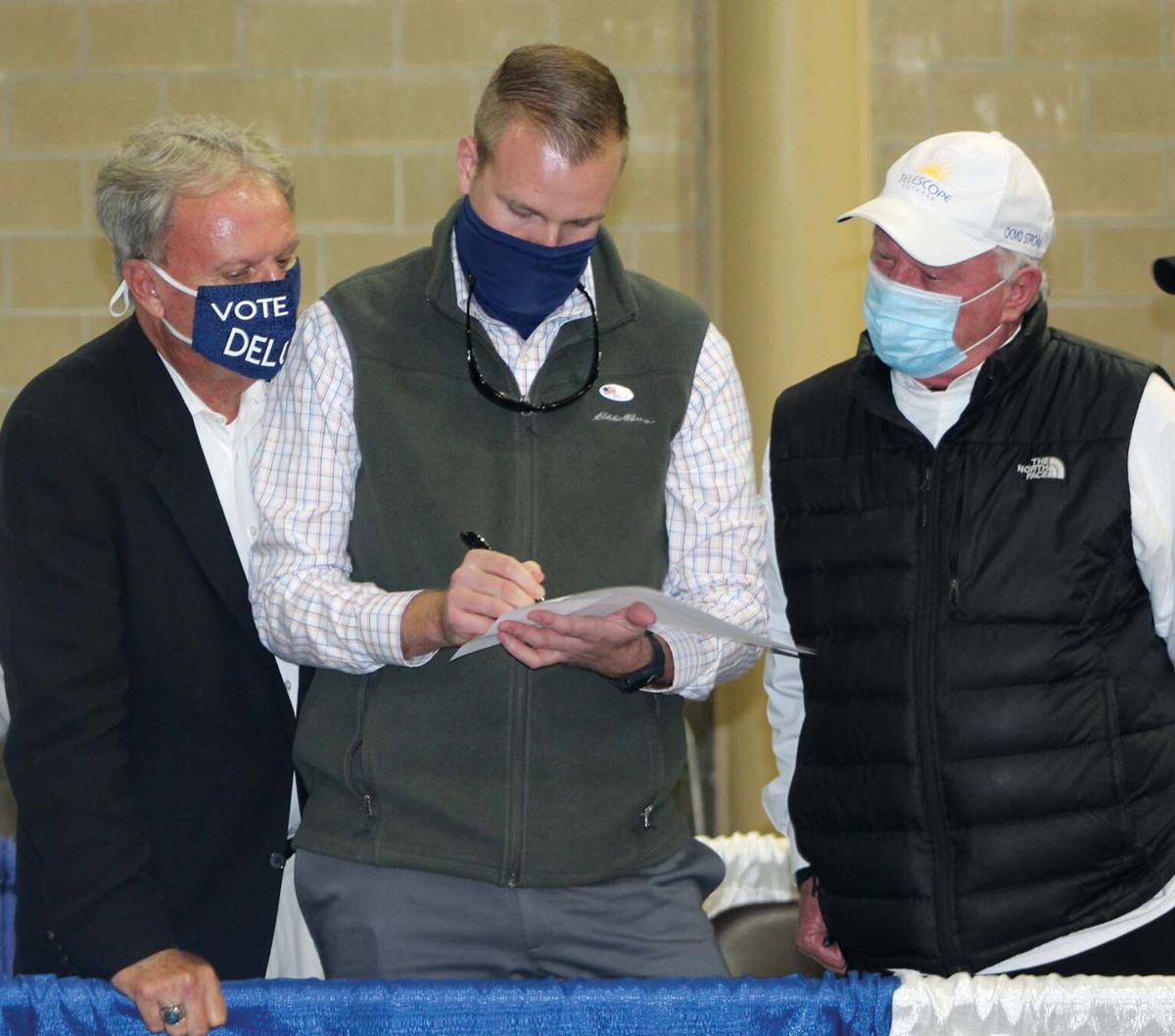 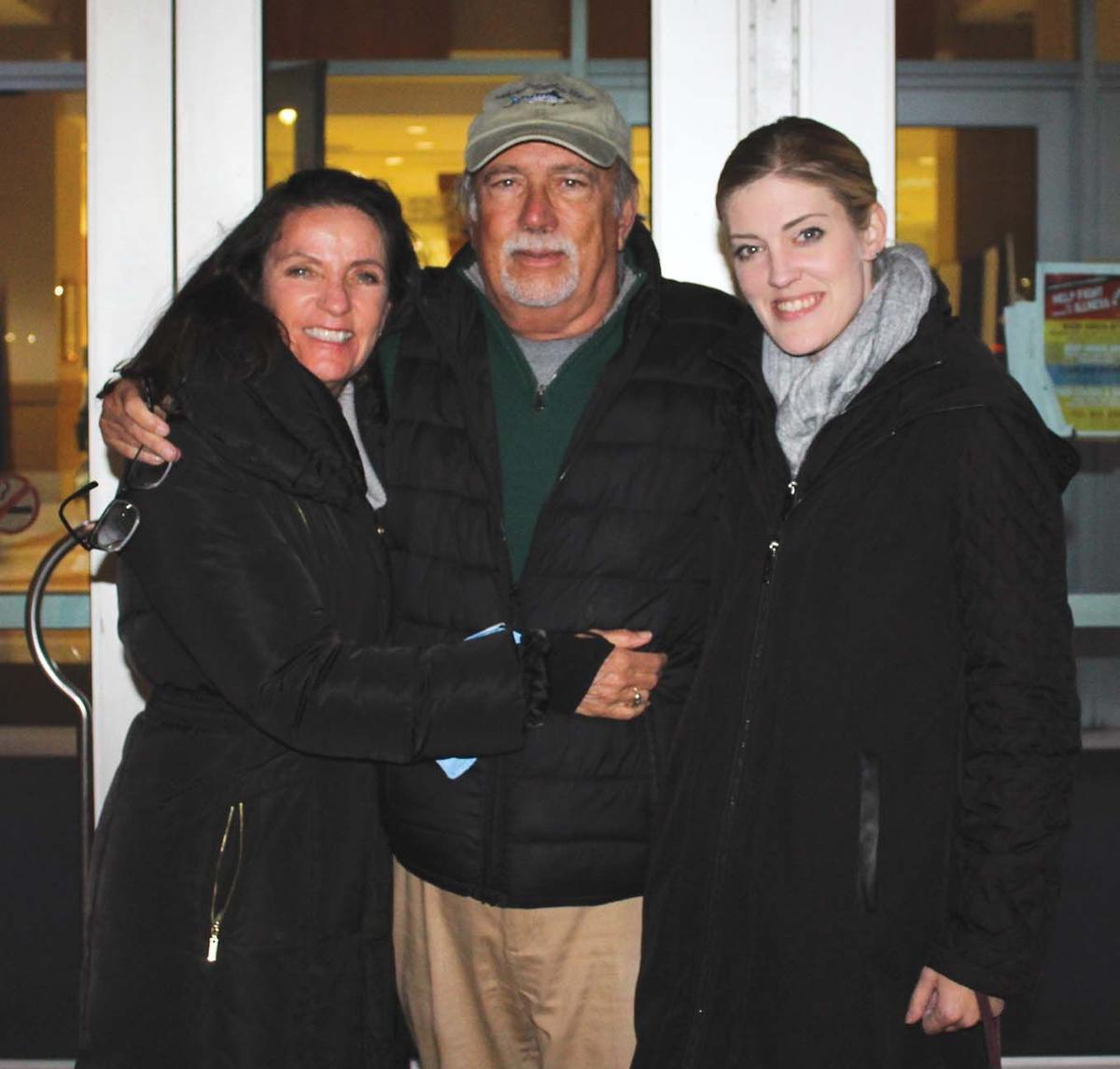 The Knight family waits outside the Ocean City convention center on 40th Street, as the election board finishes counting all of the ballots. From left are Mary, Frank and daughter Frankie Knight Zurla.

Correction: An earlier version of this article stated 1,628 citizens voted, but the number was actually 1,528. We apologize for this error.

This could have been a result of the novel coronavirus pandemic, as Ocean City has an older, more vulnerable age demographic — the median age in the resort is about 54.

Ocean City Board of Supervisors of Elections Chairwoman Mary Adeline Bradford said voters came in and out quickly. The longest it took a voter to go through the process was maybe 10 minutes or so, she said.

“I feel great,” Meehan said. “I want to thank everybody … for coming out to vote. I really appreciate the support. I’ve said it before and I’ll say it again — to be mayor is an honor and a privilege to serve the voters and the residents of Ocean City and it’s something I take very seriously.”

Key allies of Meehan, Councilman Dennis Dare and Councilwoman Mary Knight, chose to retire this year, leaving the council with a younger and more ideologically diverse group of elected officials for the mayor to work with.

However, Meehan did not seem phased by the possibility of his influence waning.

“I don’t think I see a major shift,” Meehan said. “I think if you listen to what everybody has talked about and if you listen to what everybody believes the problems are and what it is we need to address I think there’s a lot of common ground there. We need to make less speeches [and] we need to talk a little bit less about what ‘I’ can do and work together as a team. I really think we’re at the point where we can do that.”

Meehan said his goal is to continue take action to deal with the pandemic and address other issues head on.

As for future bids for mayor, Meehan said he had not planned that far, but said as long as he could do so he would enjoy serving the constituents.

Leading the ticket was Buas with 1,137 residents putting their faith in the political freshman, who promised a more transparent council, improvement of the resort’s public image and support for public works and public safety departments.

A large crowd of friends and family joined him Tuesday night t0 hear the election results.

“It was an awesome day and we had a really good time out there,” Buas said. “We had a ton of friends and family that came out to help. I just want to say thanks to all of them that really supported me all day yesterday … and thank you to the residents who put their confidence in me.”

In reaction to posting the highest vote total, Buas said he was honored to have been given so much support and felt as if he had earned the confidence of voters to get the job done.

Trailing closely behind Buas was Gehrig who secured 1,036 votes for his second four-year term on council. Gehrig’s campaign this year focused on the attitude of local officials, specifically the need for more passion to tackle the resort’s festering issues.

“I feel grateful,” Gehrig said. “It’s one thing when you’re new, it’s another thing when you’re an incumbent. You have a record — people know how you think and your style. I just try to be myself and you don’t know if people really like that or appreciate that or like the ideas.”

He said securing his reelection was an affirmation of his vision for Ocean City and what it’ll take to revitalize the resort.

“I think it’s a mandate,” Gehrig said. “I do think people want action and solutions and I’m going to push like crazy and I’m going to need the public to come and get involved. I’ll push the elected officials, but I need their help pushing my back and I’m going to keep pushing forward too. We’re going to get it done.”

As for the council rotation, Gehrig said the council suffered a loss of wisdom and leadership with the departure of Dare and Knight, but, like Meehan, he said he believed there was consensus among the new council and believed it would work collectively and intelligently.

“This is how it needs to work — we need a shift in our leadership so that we grow the next generation,” Gehrig said. “This might be it for me, I’m 51 so I’m not young in age. I’m not a career politician. We need the next generation to step up, and it’s great to see people take an interest [in local government].”

Third in line was incumbent DeLuca who grabbed 919 votes for a third term on the council.

The most experienced of the group, DeLuca again ran with the promise of no property tax increases.

He also campaigned on public safety in the traditional law enforcement sense, but also through bicycle infrastructure and beach upkeep.

“I was super excited,” he said. “I never take anything for granted.”

He had been anxious this year because pandemic conditions meant he could not go door-to-door to campaign, which was a huge blow.

“I felt less confident,” DeLuca said. “I felt the last two times I won was because I went to over 2,000 doors and knocked and talked to people. Even if they weren’t home I wrote a note on my card. I wrote their first names and said, ‘Hi, Tony DeLuca. If you have any questions here’s my number please call me.’ Two-thousand doors.”

DeLuca said he had to rely on his record, events, such as an International Association of Firefighters event, and social media to get his message across.

DeLuca said he look forward to the new council, as he believed a diversity of thought would prove beneficial in decision-making.

“I think we really have a different council,” DeLuca said. “Most of us come from very different backgrounds and there’s a lot of disagreement and I think that’s really healthy for a council. At the end of the day, we all really respect each other and I really think we push each other.”

He also expressed excitement over the shifting age demographic of the council with Buas joining Councilman Matt James as the youngest of the bunch.

“We’re building a bench and it’s really good for the city to have,” he said. “You know, the newly weds and the nearly deads,” he joked.

Coming in fourth was Knight with 707 votes. Knight will replace his wife, Mary, and said he would focus on fortifying and repairing the resort’s economy, as it continues to deal with the pandemic’s onslaught.

Knight said he went into the race feeling confident, but the low voter turnout swayed his certainty.

Nevertheless, the end result had been what he had expected.

“I feel good,” Knight said. “It [the election] came out the way we anticipated it would.”

Knight said he looked forward to working the council on initiatives, such as the economic development director position in the works and sports tourism.

“I’m ready to jump in,” Knight said. “We have a meeting next Tuesday, a work session, and I’ll be ready to go.”