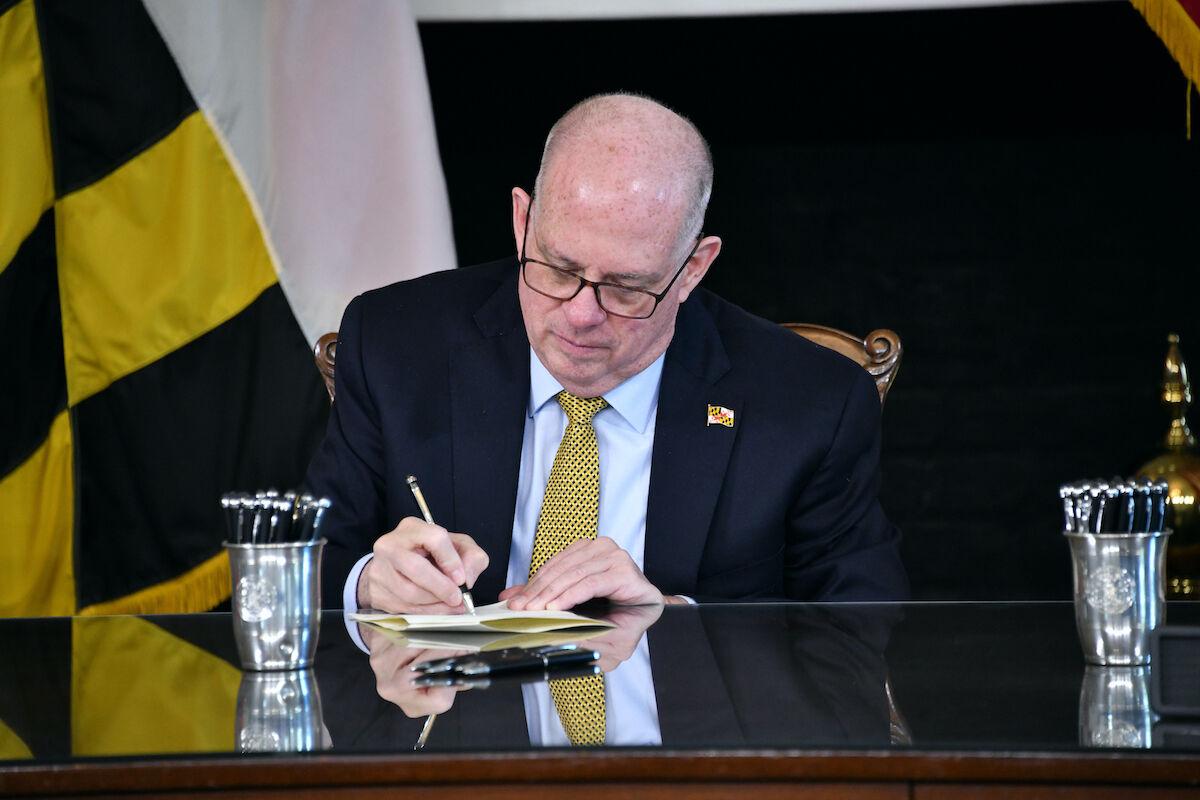 Gov. Larry Hogan signed an array of bills into law earlier this year that will go into on Oct. 1 after legislators passed them during the 2021 session. 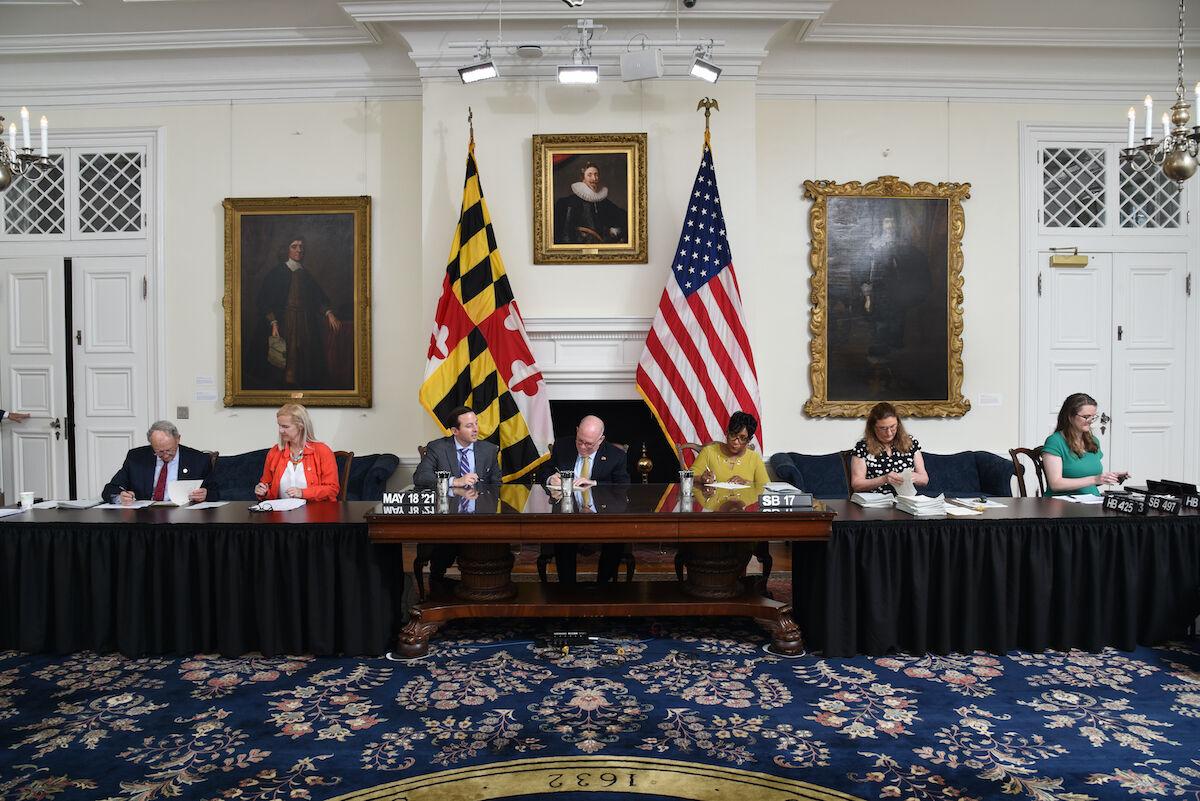 Gov. Larry Hogan signed Senate Bill 17/House Bill 855, also known as Wade’s Law, into law in May after legislators passed it during the 2021 session. It officially goes into effect Oct. 1.

Gov. Larry Hogan signed an array of bills into law earlier this year that will go into on Oct. 1 after legislators passed them during the 2021 session.

Gov. Larry Hogan signed Senate Bill 17/House Bill 855, also known as Wade’s Law, into law in May after legislators passed it during the 2021 session. It officially goes into effect Oct. 1.

A series of 2021 General Assembly bills that piqued the interest of Worcester County residents officially go into effect Oct. 1.

A longtime coming, House Bill 855/Senate Bill 17, known as Wade’s Law, will officially be on the books, ending a years-long fight for justice.

The law establishes stricter penalties for drivers responsible for collisions that seriously injure roadside workers and pedestrians. Wade Pusey, a Seaford, Delaware resident and road worker, was the inspiration for lawmakers’ initial push to get it passed roughly four years ago.

Pusey was permanently injured when a driver hit him while he was working in 2016 along the side of a Worcester County road. The driver, Marion Jones, careened onto a work site as Pusey and a colleague, Scott Tatterson, were exiting their county dump truck.

Jones was reportedly trying to drive around the site by exiting the travel lane but swerved back to avoid an oncoming vehicle, resulting in a wreck that struck both workers. Tatterson did not survive the crash.

And because of the law at the time, Jones faced only a fine for the injuries to Pusey, which prompted Pusey and members of his family to fight for change.

Sen. Mary Beth Carozza (R-38) introduced Wade’s Law in 2017 as a House delegate and followed through with support through its passage last session. Del. Wayne Hartman (R-38C) also fought to get Wade’s Law passed. He said during its passage that it required an extra push at the eleventh hour to get it to a vote this year, but came in just under the wire.

The bill establishes driving offenses that seriously injure pedestrians and road workers as criminal negligence, raises the penalty to up to 12 months in prison, and fines to up to $5,000. The initial version of the law called for an 18-month cap for the prison sentence but it was reduced during the final stages of passage.

Another law with significant interest to coastal residents was House Bill 39/Senate Bill 716, which cracks down on people who purposely release balloons into the air.

It imposes a $100 fine on anyone 13 years or older who knowingly releases more than 10 balloons and requires anyone who releases up to 10 balloons to perform six hours of community service and/or watch an educational video on environmental damage caused by human pollution.

Both Hartman and Carozza pushed for the legislation’s passage because of the damage they say wayward balloons cause to both marine and land life. Residents who testified in support of the legislation last session said birds, fish, turtles, Assateague ponies and seals have perished after eating or becoming entangled in the strings of balloons that humans have released. Released balloons have also caused power outages and polluted trees and waterways.

The language of the bill also specifies that the penalties do not apply to anyone who unintentionally releases a balloon; balloons released for scientific or meteorological purposes, or in accordance with state or federal contracts; or hot air balloons recovered after launch.

This year was Hartman’s second attempt to get the measure passed, with the first falling victim to the General Assembly’s covid shutdown in 2020.

Other laws set to go into effect Oct. 1 include pieces of the large, statewide police reform legislation that local lawmakers mostly opposed, and Gov. Larry Hogan vetoed because of the detrimental effects he said some of the language could have on law enforcement officers and their ability to do their jobs safely.

The laws include House Bill 372/Senate Bill 420, which decriminalizes the possession of items typically used to distribute heroin and other controlled dangerous substances like syringes, spoons, needles and scales on first offense; House Bill 120/Senate Bill 78, also known as Anton’s Law, which sets stricter standards for obtaining and executing no knock search warrants; and Senate Bill 600, which pertains to the use of surplus military equipment and the investigation of deaths caused by police officers.

An array of other bills also passed Oct. 1, with others — like the requirement that law enforcement agencies implement body worn cameras for all officers by a certain date and the repeal of the Law Enforcement Officers’ Bill of Rights — going into effect in July.

Lawmakers also passed legislation last session allowing for restaurants to continue offering takeout alcoholic drinks until July 2023, but members of the Worcester County Board of License Commission slammed the brakes on it locally. They cited concerns over public drunkenness and its effect on legal resources, and unfairness to business owners who already pay extra to offer to-go cocktails.

This story appears in the print version of the Ocean City Today on Oct. 1.

(April 16, 2021) With a heartfelt send-off in the Senate and a bit of political strategizing in the House, the 2021 Maryland Legislative sessi…