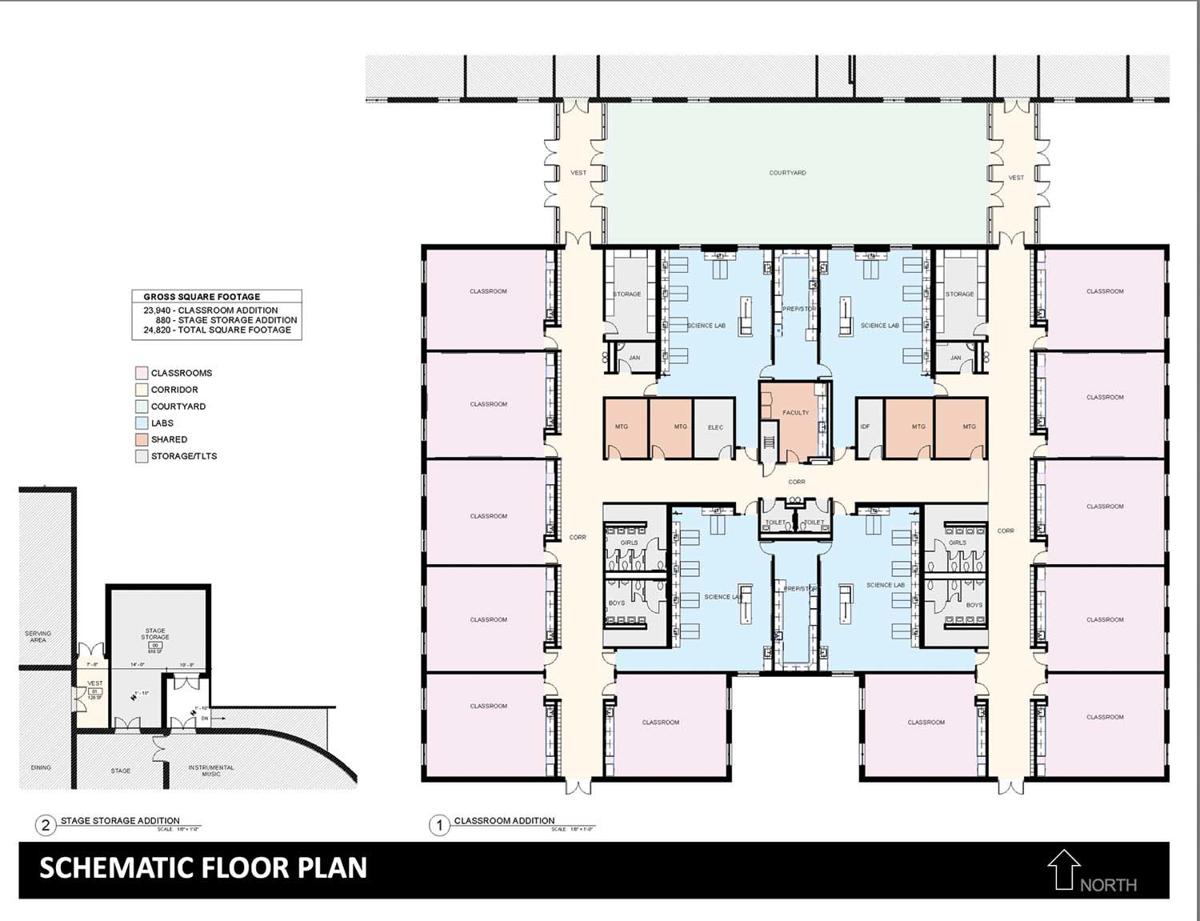 The Worcester County Board of Education approved the schematic design for a much-needed ad- dition on the south side of Stephen Decatur Middle School to accommodate its 682 students and a larger student population in the future on June 16. 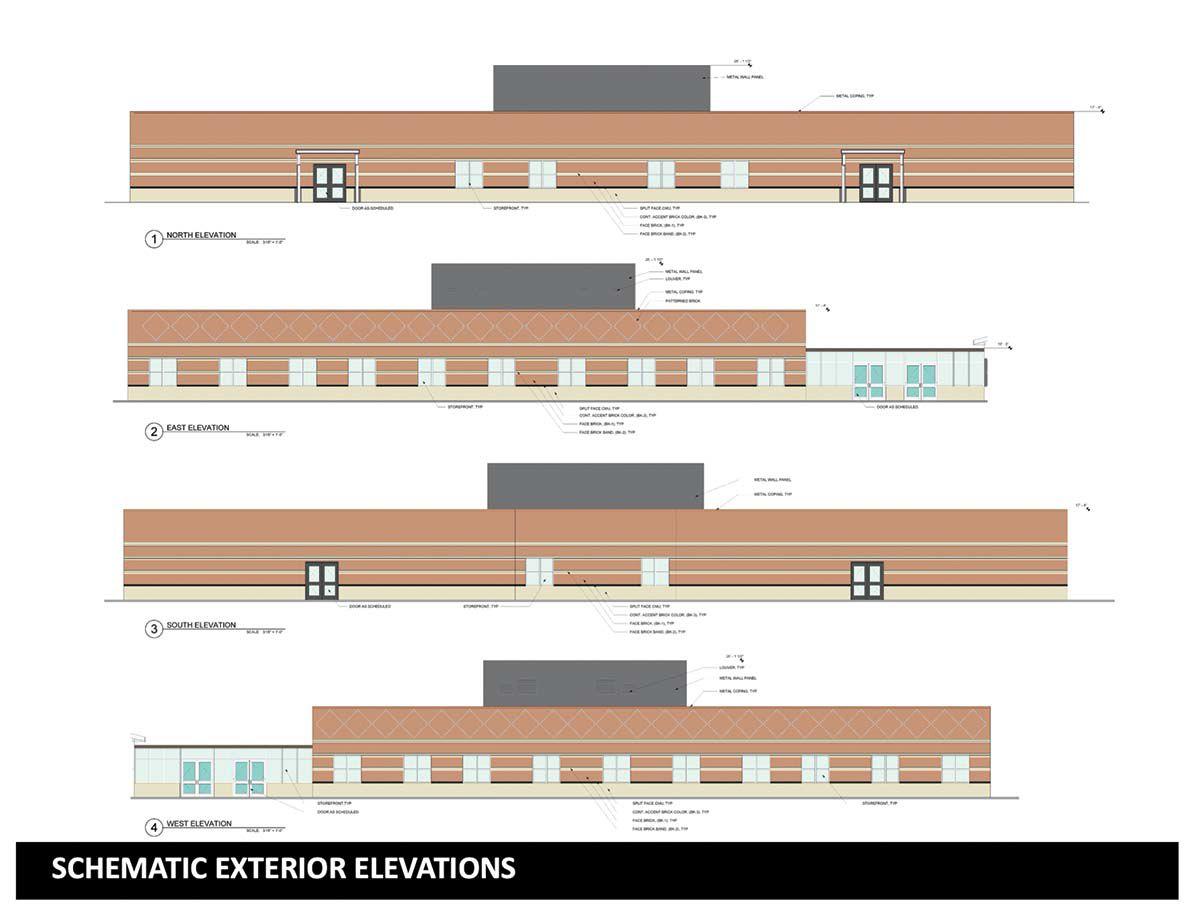 Worcester County Public Schools Facilities Planner Joe Price said the exterior of the addition will match the existing middle school building and connect by two corridors with a large courtyard. 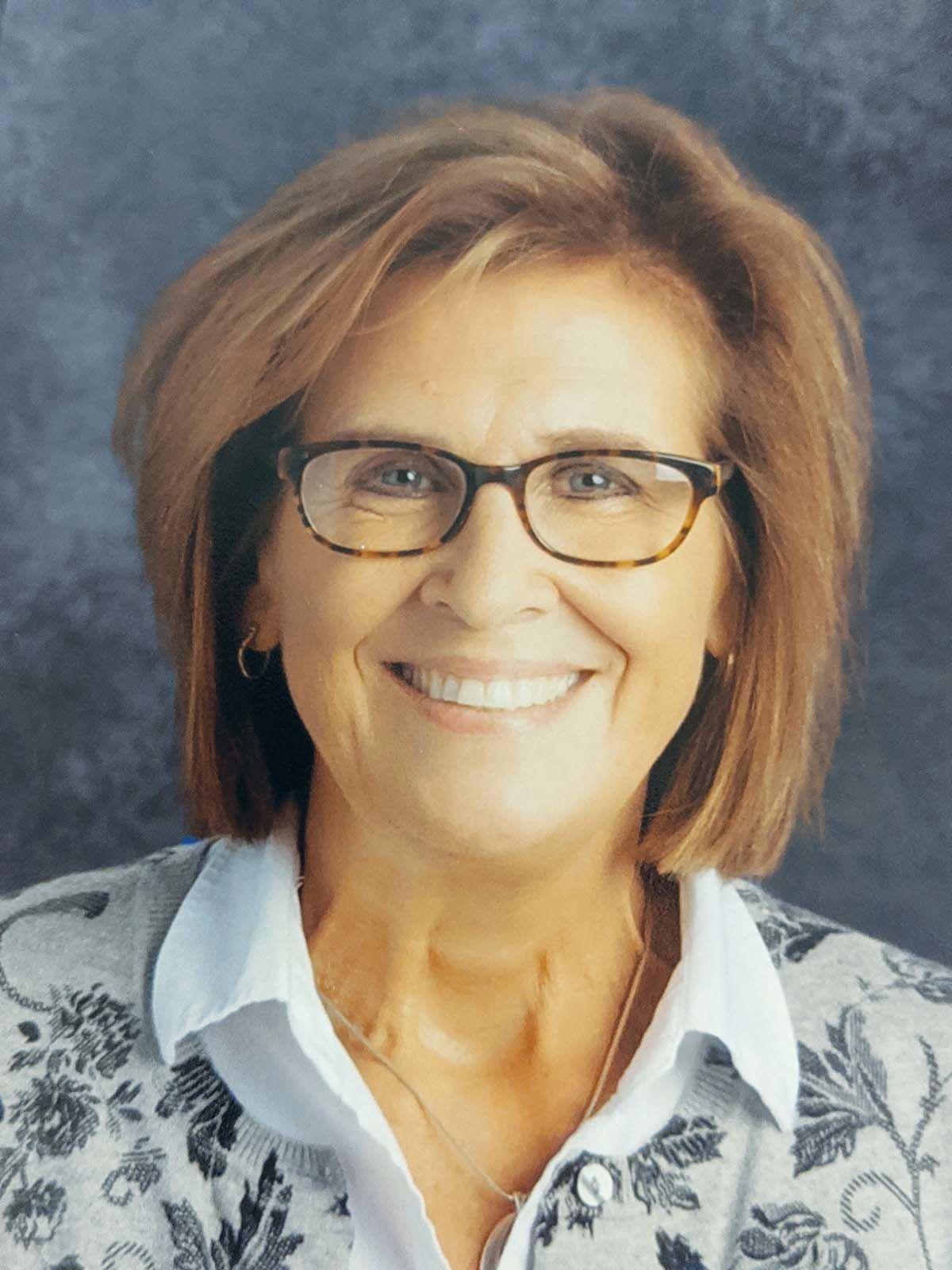 (June 26, 2020) The schematic design for a 24,820-square-foot addition on the south side of Stephen Decatur Middle School was approved last Tuesday by the Worcester County Board of Education.

With 682 students currently, the school will be able to increase the study body once the addition is complete, Principal Lynne Barton said.

“However, it is especially needed to better accommodate the population we already serve,” Barton said. “Every space in our building is being utilized. Spaces not intended for general classroom use because of their size are being used for classroom space.

“An example would be that we have four designated science rooms and eight science teachers. Regular classrooms have been modified to meet the needs of a science classroom,” Barton continued.

The project will add 12 classrooms, four science labs and four science preparation areas as well as administration and storage space.

The design process began in November 2019, when administration and staff from Stephen Decatur Middle School met with representatives of Becker Morgan Group to develop the educational specifications for the project.

In January, the Interagency Commission on School Construction (IAC) approved the written description of instructional and support space requirements.

Since then, the Stephen Decatur Middle School staff has collaborated with the Morgan Group to develop schematic design documents for the project that feature a preliminary floor plan, site plan and building elevations.

According to the design presented to the board by Schools Facilities Planner Joe Price, the exterior of the addition will match the existing school building.

Two corridors, with a large courtyard in between, will connect the new wing to the existing structure.

Price added that there is about 20 feet between the existing school and the additional classrooms to give contractors a noise buffer when construction begins to minimize disruption of existing building.

The project will eliminate the use of nine portable classrooms now in use, Barton said.

“We have had the need for a very long time,” Barton said. “We were waiting our turn for consideration of funding behind the Showell Elementary project that will be completed this summer.”

Price said  the cost of the construction and site will be $10.2 million, costs for equipment, technology and other expenses will bring the overall project price tag to $12.6 million. Of that total, the state is expected to provide $2.3 million.

A mix of clouds and sun. A stray afternoon thunderstorm is possible. High 78F. Winds ENE at 10 to 15 mph.