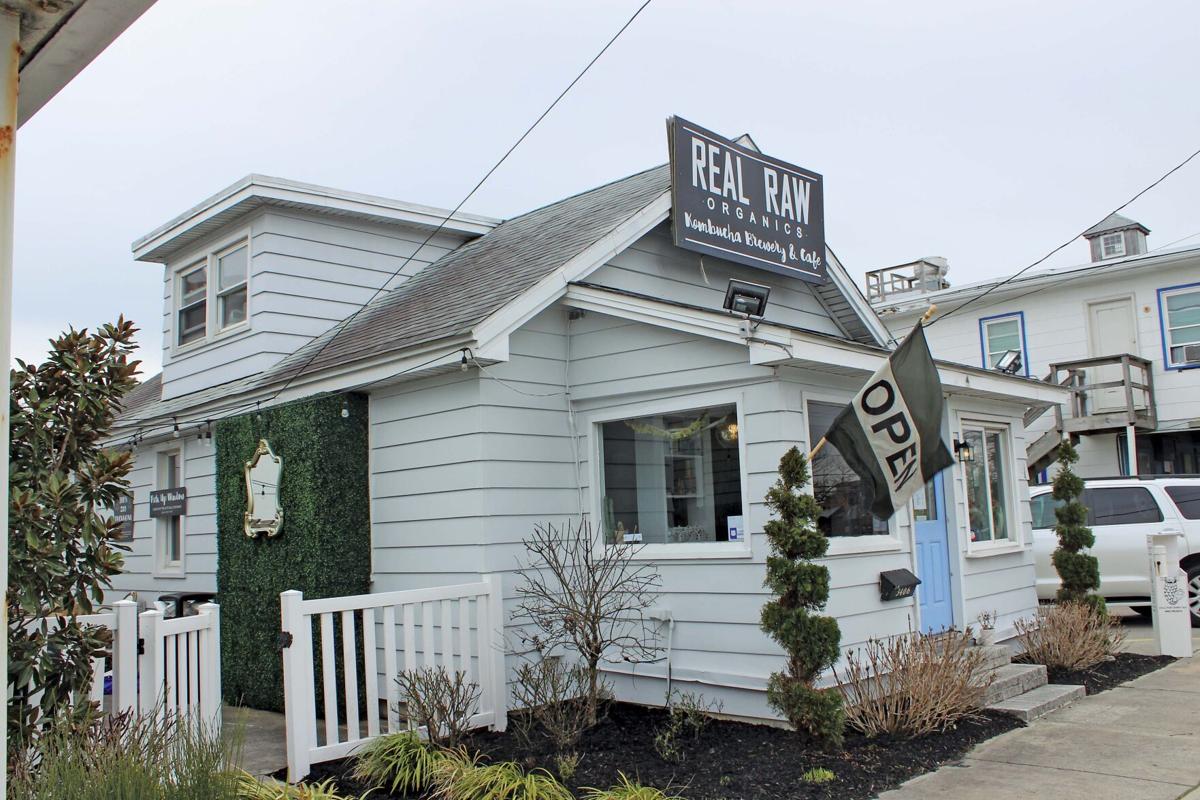 The Worcester County Board of License Commissioners granted a Class A Beer, Wine and Liquor seven-day license to Real Raw Organics at 3406 Coastal Highway on March 17. 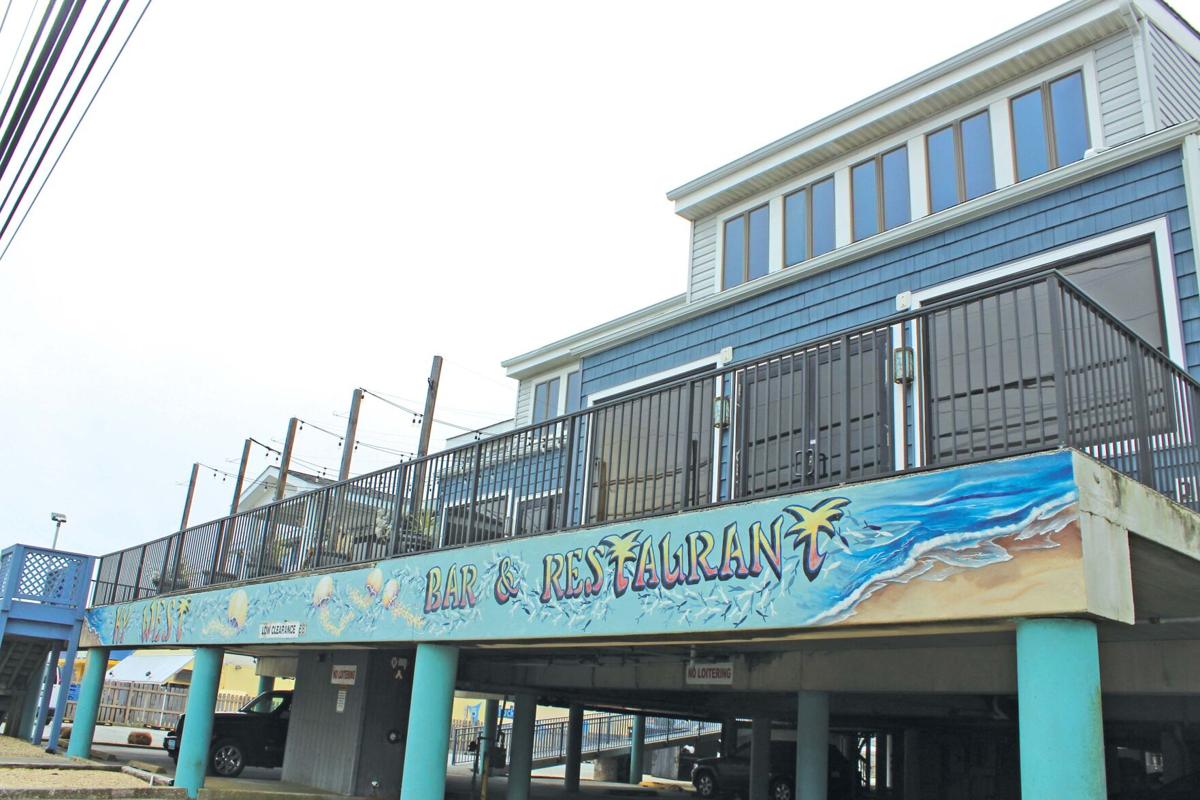 Tequila Frogs OC will replace Ky West at 5401 Coastal Highway Units C1, C2 and C3 after the Worcester County Board of License Commissioners approved a Class B Beer, Wine and Liquor seven-day license for the establishment on March 17.

(March 26, 2021) The Worcester County Board of License Commissioners granted several license transfers during their meeting on March 17.

The commissioners accepted a request for a Class A Beer, Wine and Liquor seven-day license from Real Raw Organics at 3406 Coastal Highway in Ocean City.

Logan Willey, the owner of the kombucha brewery and café, sought the license for factory-sealed containers for carryout only, rather than for the whole premise.

In addition to a full menu, the business offers a small grocery area with organic snacks. There is also outdoor seating, where customers can partake of carryout items.

Willey, who has been in the restaurant business for 15 years, plans to offer natural wines, specialty beers and hard kombuchas.

Currently, Real Raw Organics is open Monday through Thursday from 9 a.m. to 3 p.m. but will be open 9 a.m. to 5 p.m. every day during in season.

A Class B Beer, Wine and Liquor seven-day license was granted to Tequila Frogs OC at 5401 Coastal Highway Units C1, C2 and C3 in Ocean City.

The floor plan of the Mexican-themed restaurant will remain as it was at the former Ky West restaurant and lounge. There are about 100 seats at tables inside. The bar area will have roughly 13 seats, and there will be 64 seats outside at tables.

The owners did not request an outdoor bar or any outdoor entertainment. However, they did ask for background music outside for diners.

In addition, the owners requested indoor live entertainment with five pieces amplified four days a week from 4 p.m. to 11 p.m.

Tequila Frogs OC plans to have about 50 employees.

April Payne, the liquor license administrator for Worcester County, said the previous license for the location permitted indoor live entertainment with three pieces not amplified from 4 p.m. to midnight five days per week. In addition, outside speakers were allowed from 11 a.m. to 10 p.m.

The restaurant was granted the license with the restrictions of the previous establishment.

The commissioners approved a request for a Class B Beer, Wine and Liquor seven-day license from Dale Baker and Leslie Lunga to BetterFetter Grove Inc. for the Grove Market on St. Martin’s Neck Road near Lighthouse Sound.

The same location and footprint will remain with four bar seats.

Kim Griffin, who has been in the restaurant and bar business for 40 years, will be the general manager of the establishment.

The commissioners also granted a Class B Beer, Wine and Liquor seven-day license to Fast Eddie’s at 11805 Coastal Highway in Ocean City.

Francis Raffo was the qualifying resident agent for the application.

Marc Ginsberg is the 70 percent owner of the LLC. and Jonathon Latta, Edward Johnson Jr. and Raffo each have a 10 percent share. The latter three will run the daily operations of the business.

“Mr. Ginsberg will not be involved directly with the management of the property,” said attorney Mark Cropper. “Mr. Raffo will be the director of operations, Mr. Latta will be the head chef [and] Mr. Johnson will manage the front of the house.”

Cropper told the commissioners that the property was licensed previously, adding that the owners were seeking the same entertainment restrictions granted to the licensee. The owners asked for live entertainment with four pieces seven days a week from 4 p.m. to 11 p.m. as well as background music outside.

The carryout window will be for food only.

Saroj Pratap KC had a beer and wine license since 2015 and was denied a similar request for a license upgrade in 2018. He did receive a letter of reprimand after a hearing for selling alcohol to a minor.

He said the interior layout of the store would change if granted the license, including shelving for bottles of alcohol.

Between Gold Coast Beer, Wine and Liquor and the Delaware line, there are no other locations open year-round that sell beer, wine and liquor in factory sealed containers to go.

In addition to being a convenience store, Oceans Market is a gas station.

Pratap KC said he has not had issues with traffic or crime, and he has 17 parking spaces on the property.

Cropper added that Pratap KC has plans to improve the property.

Commissioner Marty Pusey expressed concern about surveillance with the current layout of the store. Currently, two people work at the store per shift, but Pratap KC said he was considering adding another employee if his request was approved.

Vincent dePaul Gisriel Jr. also testified in support of approval of the application.

“There’s very little up there in the way of hard liquor,” he said. “This store is within close proximity to hundreds and hundreds of people, many of whom are year around who could actually walk there.”