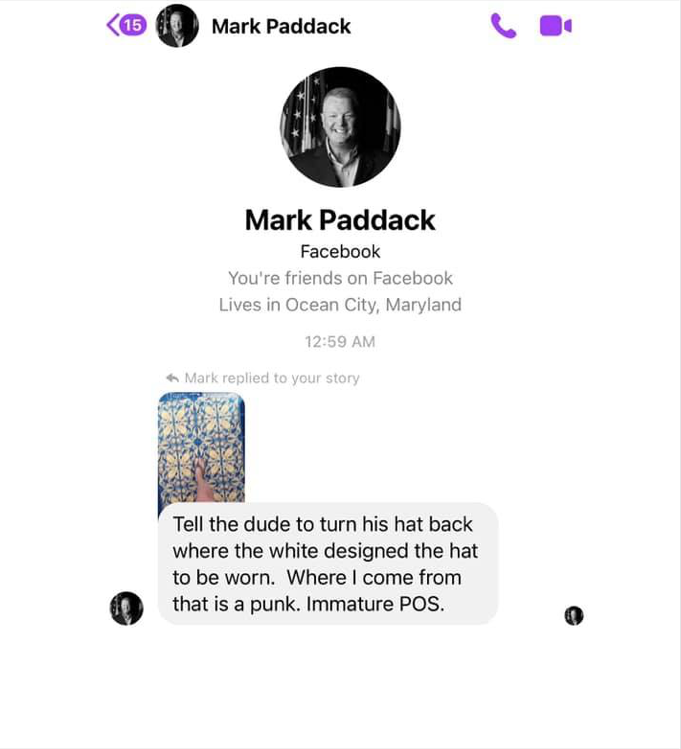 A screenshot from Bobby Hammond’s Facebook page shows a comment allegedly made early Saturday morning from Councilman Mark Paddack’s public account in response to a photo on Hammond’s wife’s story. 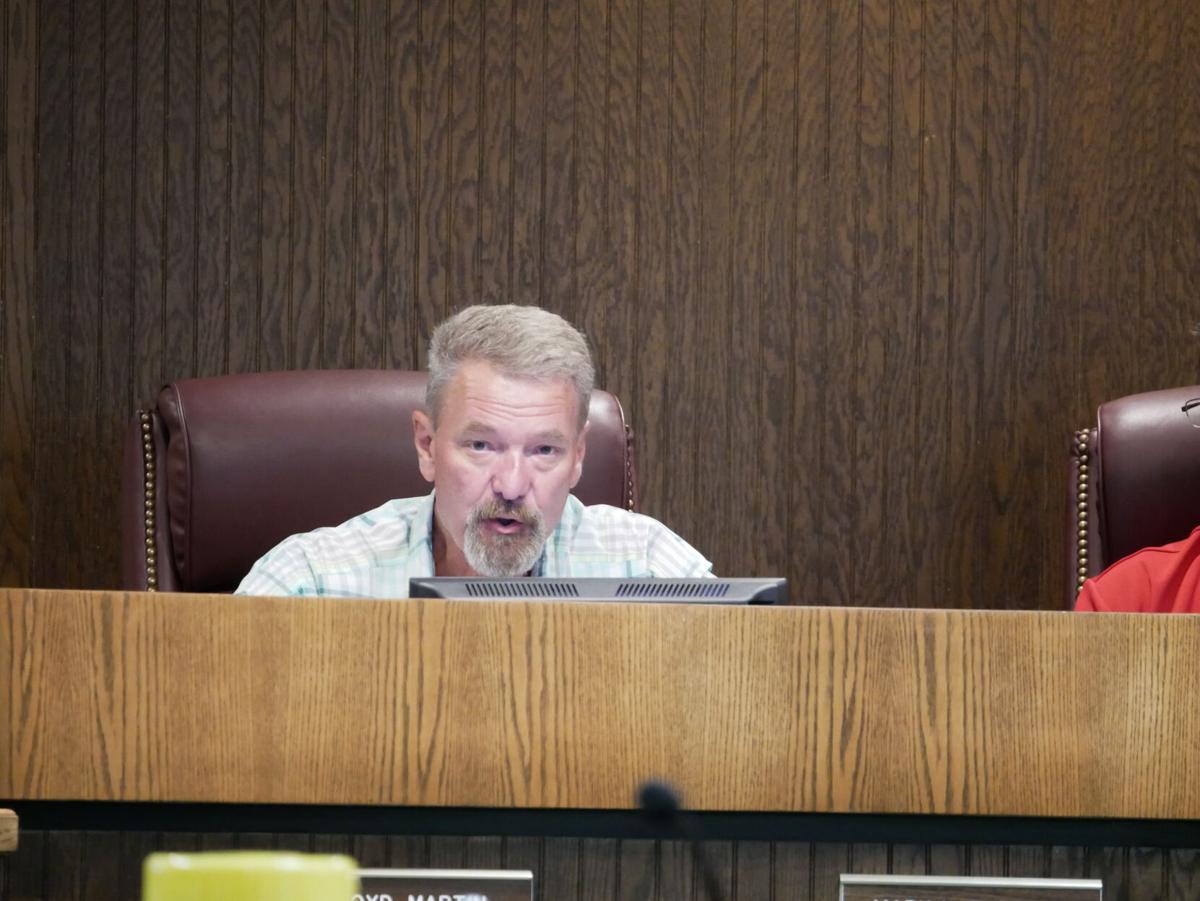 A screenshot from Bobby Hammond’s Facebook page shows a comment allegedly made early Saturday morning from Councilman Mark Paddack’s public account in response to a photo on Hammond’s wife’s story.

The Worcester County Bureau of Investigation is looking into what Ocean City Councilman Mark Paddack said was an “unauthorized” log-in to his Facebook account after receiving backlash over a message sent from it last weekend.

The controversial post, which according to a screenshot was sent from Paddack's public account at 12:59 a.m. Saturday in response to a picture on posted on Katie Priestley Hammond’s story, said the following:

“Tell the dude to turn his hat back where the white designed the hat to be worn. Where I come from that is punk. Immature POS.”

Later that morning, just after 5 a.m., Preistley Hammond’s husband, Bobby Hammond, shared a screenshot of the post with a message chastising it.

“Interesting comment coming from OCMD councilman Mark Paddack sent to my wife,” Hammond’s post said. “Apparently I’m a POS for not wearing my hat the ‘white’ way… But at least I’m not a racist POS, mark. I think I’ll run for councilman next time up. Keep that seat warm for me, pal. In Worcester county we don’t have room for racism.”

Hammond’s post was met with 215 reactions and more than 100 comments, most condemning the context of the message. The post was also shared 36 times, and posted in comments on Paddack’s page.

During a council work session Tuesday, in response to his fellow council members condemning the post, Paddack said he obtained legal counsel and asked for an investigation to be launched into what he reportedly said was a hacking of his account.

Still, council members asked him — to no avail — to step down until all questions are answered.

“I don’t think it’s appropriate for you at this time to hold a position on the council until the investigation is complete,” Council President Matt James said Tuesday.

Paddack declined the request, and said only that he obtained an attorney, Jill Odierno, who he said told him not to comment on the matter.

Paddack also said later in response to questions from council members that he contacted the Worcester County Sheriff’s Office as well as a “private source” to perform an investigation.

The release said officials with the county's bureau of investigation are investigating the matter.

Hammond said by phone Tuesday afternoon that he and his wife are Facebook friends with Paddack but had never interacted with him.

“I don’t know the gentleman; I’ve never spoke to him,” Hammond said. “The only reason I accepted him is because I saw he was a former law enforcement officer and we have mutual friends that I think highly of and I thought he was alright. And he made that statement on my wife’s post, which is the only interaction we’ve ever had with him.”

Hammond said Paddack sent him a follow-up message in response to the post stating that his page was hacked, but Hammond remained skeptical.

“I’d never want someone to be condemned for something they didn’t do, but it’s very easy to clear someone’s name if they didn’t do it,” Hammond said. “It’s very hard to believe that he didn’t do it.”

On Saturday evening, James took to his own Facebook page to address the issue.

James read the statement during Tuesday’s work session after broaching the subject and further denounced the action before asking Paddack to step down.

“There is no place for racism in Ocean City,” James said. “And it’s just very shameful that we have an elected official who has comments like that coming from their social media accounts.”

“None of us are without sin and I don’t think anybody is here to make judgement as this investigation goes on [but] it’s critical for us to be unified as a community, for us to be together. And these comments are pretty divisive,” Gehrig said. “I know it’s under investigation how they got on your page, but I ask you to consider [stepping down] just as a leader.”

Ryan Whittington, the president of the local chapter of the International Association of Firefighters, also denounced the comment in an emailed statement Wednesday.

Those words — and many like them — have no place in Ocean City,” the statement said. “They have no place in City Hall, on the boardwalk, or anywhere! Those words are not acceptable from anyone and they cannot not be tolerated from Town leaders, employees, or anyone who is affiliated with the Town. That includes coming from a councilman’s Facebook page.”

He added that he is thankful for the position that James and the other council members took.

“The Town has made strides toward eliminating hateful speech and demeaning conduct,” Whittington said. “The Town has steadfastly voiced a commitment to equal employment. And the Town and its fire stations have become a tolerant, more respectful, and accepting of all people.”

He added that Paddack has a tall task to prove that he did not issue the post.

“Councilman Paddack claiming to be ‘hacked,’ means that he has the burden of proof that he was hacked to the residents, employees of the Town, his fellow councilman and Mayor,” Whittington said.

Hammond did not call for Paddack’s resignation or for any other action to be taken regarding the post, but said he has confidence that the town of Ocean City will “do the right thing.”

Paddack is a retired Ocean City Police officer and was elected to the nonpartisan City Council in November 2018. He served on the city’s force from 1990 until his retirement in October 2018.

This story has been updated from its original version.